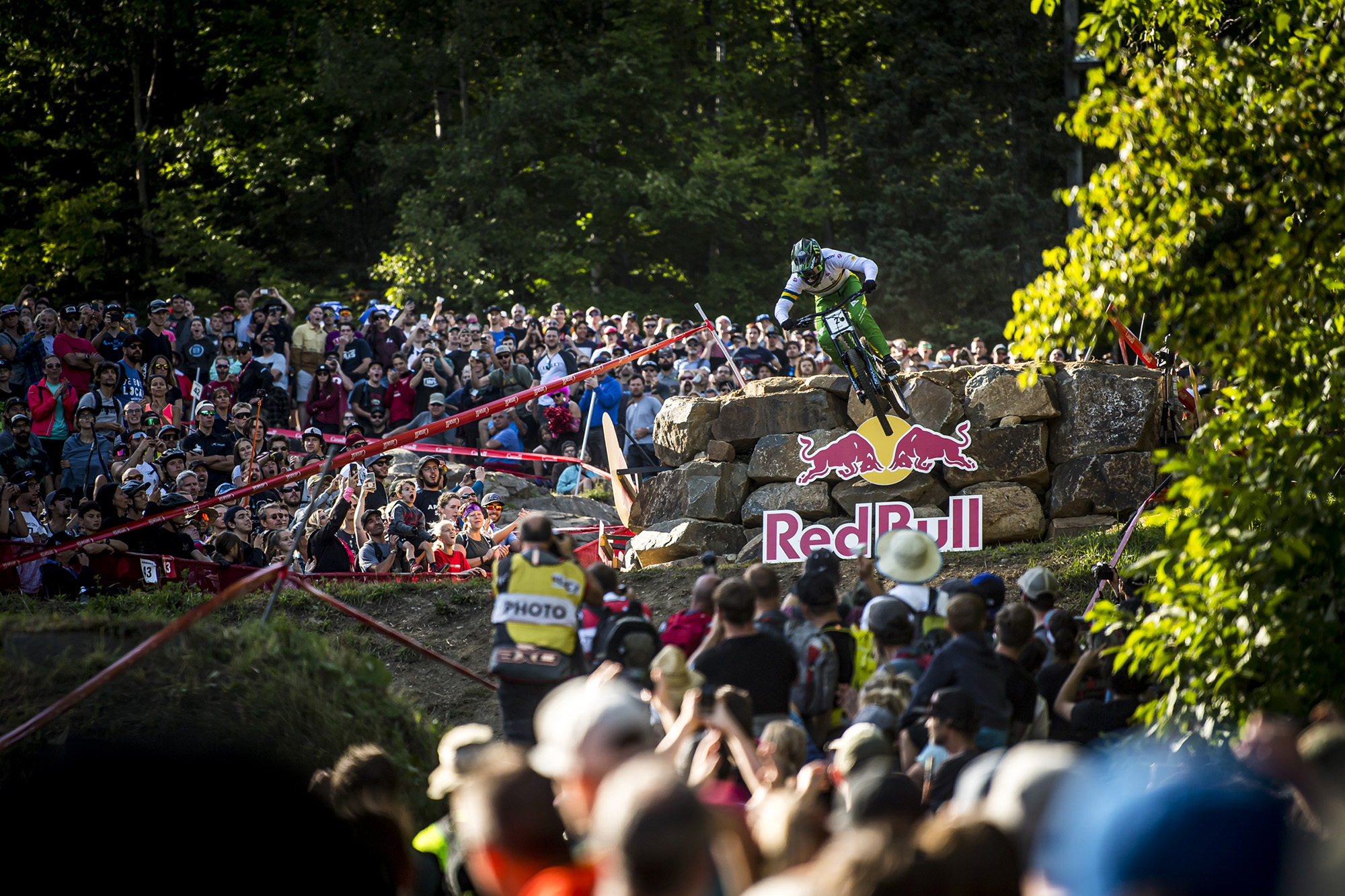 In what’s been seemingly forever in coming, the UCI announced their new, 2020 World Cup DH schedule after canceling the first races earlier this year thanks to COVID-19.

As restrictions and lock-downs are eased across the planet, all sporting bodies are releasing new schedules including the long awaited DH race calendar.

It’s going to be a wild 8 weeks on the circuit for the riders. Travel, training, qualifying and of course racing are going to take their toll, but for us it’s going to be epic! Maribor, Slovenia and Lousa, Portugal (originally on the calendar for early spring racing), will each host two separate DH races that count toward overall points on their host weekends – a Friday race and a Sunday race. How will we be able to hold down a job watching these live is the question….

The Union Cycliste Internationale (UCI) today announces that the new calendar for the 2020 Mercedes-Benz UCI Mountain Bike World Cup as well as the dates of the next UCI Mountain Bike World Championships presented by Mercedes-Benz, were approved by the UCI Management Committee, which met yesterday during an extraordinary meeting at the initiative of the UCI President David Lappartient in the context of the Covid-19 pandemic.

The calendars of UCI events for the other disciplines – except road1 – will be announced at a later date, but as soon as possible. The UCI Management Committee also gave its approval for the new qualification system for the Tokyo 2020 Olympic and Paralympic Games, adapted following the postponement of the events to 2021.

Since cycling competitions were halted mid-March, the world health crisis has taken a heavy toll on our sport, with around one thousand events postponed or cancelled at the request of their organisers. This represents 45% of the UCI International Calendar. After road cycling, mountain bike is the hardest hit: it counts for 30% of the postponements and cancellations (road 40%) and has seen 45% of its events affected by the coronavirus.

With a view to the resumption of the 2020 cycling season, set for 1st July 2020 – 1st August for the UCI WorldTour and UCI Women’s WorldTour -, and in accordance with our announcement on 20 March, the UCI has given priority to the UCI World Championships and rounds of the UCI World Cup when drawing up the new UCI International Mountain Bike Calendar.

The 2020 UCI Mountain Bike World Championships presented by Mercedes-Benz for cross-country, initially scheduled to take place in Albstadt (Germany) from 26 to 28 June, had to be cancelled. The UCI is pleased to announce that the town of Leogang (Austria) which was already due to host the 2020 UCI Mountain Bike World Championships for downhill presented by Mercedes Benz, as well as the 2020 Red Bull UCI Pump Track World Championships, has accepted to add the cross-country specialties (cross-country Olympic, cross-country relay and E-mountain bike) to its programme. The UCI World Championships will take place from 5 to 11 October 2020. The UCI applauds the decision of the organisers and the Austrian National Federation for cycling and is delighted to be able to maintain the 2020 edition of the discipline’s leading annual event. It underlines that the health of the athletes and all parties concerned remain the overriding priority, and that all necessary measures will be taken in this regard.

The UCI World Championships for the mountain bike specialities Eliminator, Four-cross and Marathon will take place at the following dates and venues:

As for the 2020 Mercedes-Benz UCI Mountain Bike World Cup, the UCI is pleased to announce today the dates and venues for the rounds of this circuit. This announcement comes after a long consultation procedure with stakeholders. The series was initially to comprise ten rounds (six for cross-country Olympic/cross-country short track, eight for downhill). As a consequence of the pandemic, four organisers were obliged to cancel their event: Losinj (Croatia), Fort William (Great Britain), Vallnord Pal Arinsal (Andorra) and Mont-Sainte-Anne (Canada). The new calendar, which spreads from next September to November, comprises six destinations, of which three will host two rounds. The UCI would like to acknowledge the mountain bike community’s spirit of cooperation which made it possible to establish a solid and attractive calendar in such a short time, despite the difficult situation.