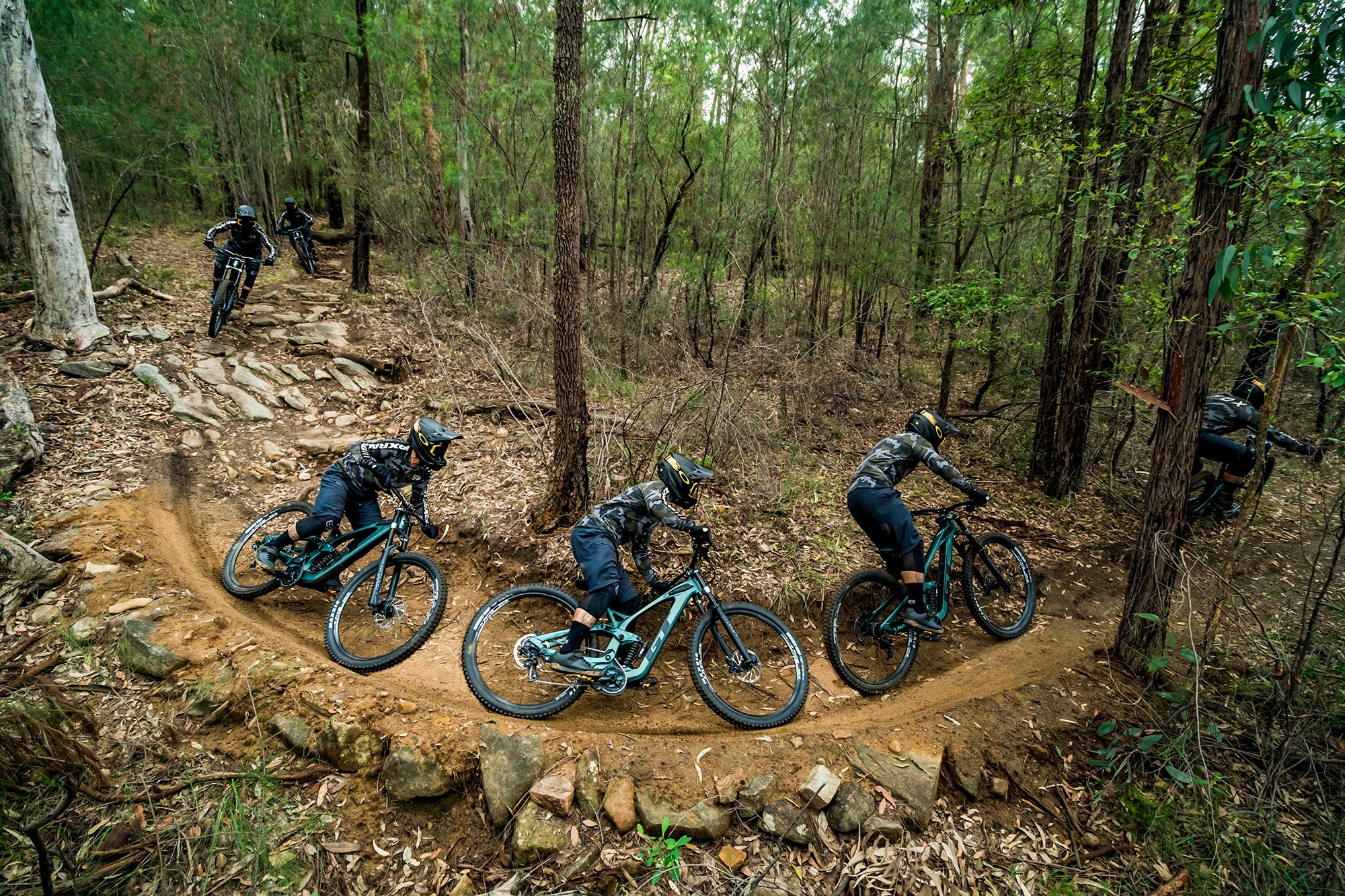 Despite his striking resemblance to a character from Hobbiton, Blake is in fact one of our senior tech editors here at the mag and he has been pushing our test bikes to their limits for several years now.

You might also recognise him from the racing scene. As one of the country’s fastest pinners Blake has donned the iconic ‘green and yellow’ national jersey to on several occasions to represent Australia on the world stage in multiple gravity disciplines. He also has a lot of experience from earlier in his career spinning spanner’s in the bike retail side of the industry, which enables him to brings a wealth of mechanical insight to his reviews and that is evident when you read his words or hear him explain how a different components perform and describe how various bikes handle trail situations.

How long have you been riding?

I have been on two wheels since I was 3 or 4 years old. I was lucky enough that my dad was really into his mountain bikes as I was growing up and worked in the industry when I was younger. I had some rad bikes as a youngster!

Around which edition did you first get involved with the mag?

I think issue 33, from early 2014 was my first time being in the mag. I was doing a photo shoot for a Rocky Mountain bike review that JT was doing, from that photoshoot I ended up getting a cover shot on a trail that I’d built a few minutes from my house. Tim Bardsley-Smith with the magic shot!

What do you dig most about being a part of the mag?

I love riding different bikes. Being involved in the mag gives me access to many different brands and types of awesome bikes that I would never get the opportunity to experience. After working in the industry for 10 years from a young age it also keeps me relevant within the bike scene now that I no longer work within it. Plus it’s great to collaborate with the great bunch of dudes within the mag. 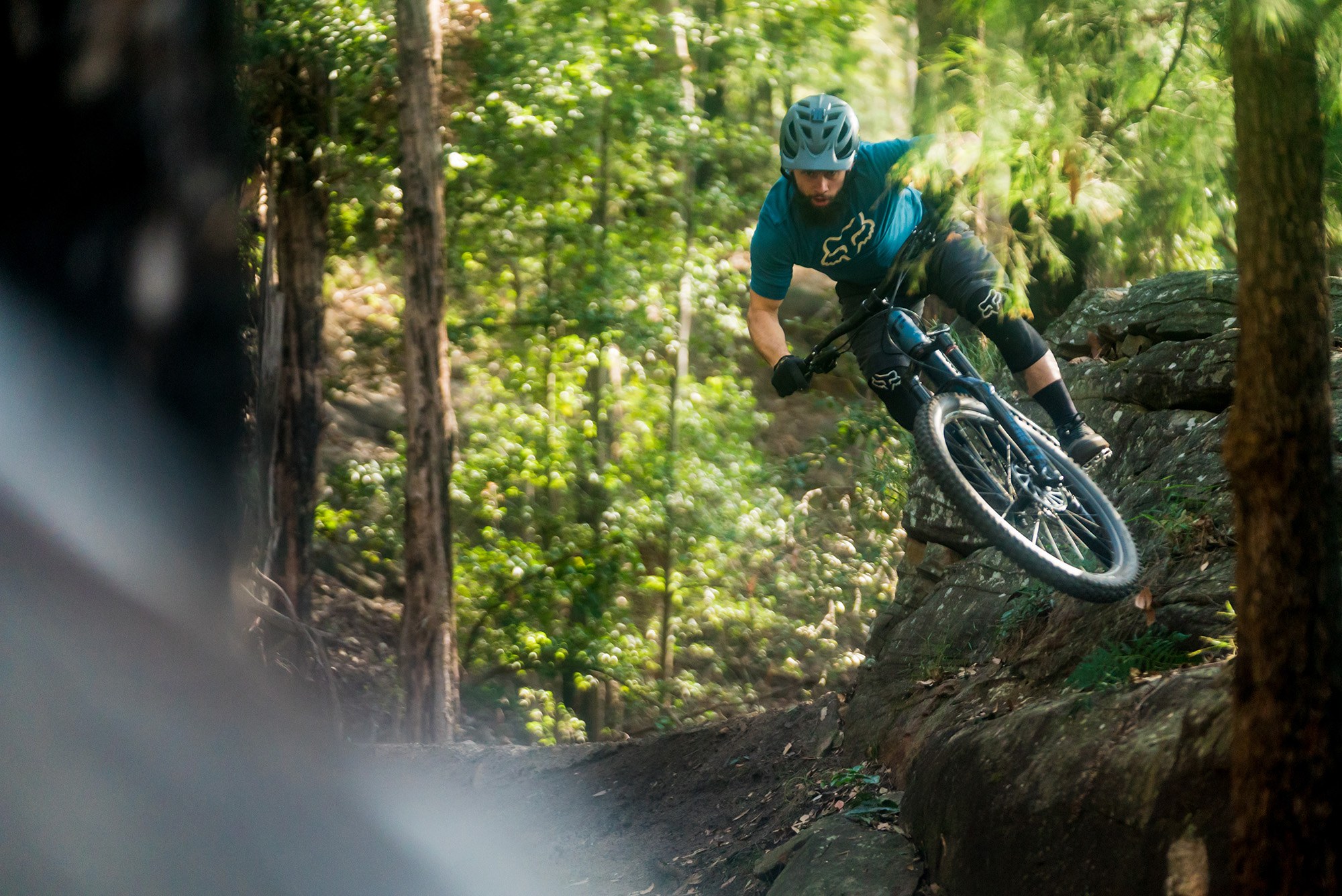 Describe your ultimate style of trail?

Flat out, as long as I can ride it balls to the wall I’ll have a grin on my face. Whether a flow trail full of jumps and berms or a techy, gnarly trail I’m not fussed, if I’m attacking, I’m having a ball.

Damn, that’s a hard one to narrow down! The best riding experience overall I’ve ever had has to be Verbier, Switzerland. The combination of amazing trails and some of the most ridiculous scenery I’ve ever experienced made it a place that I regularly think about. I have a big soft spot for Leogang, Austria as that was where my first races on the world stage were. Again, a crazy destination to visit. I’d be lying if my local Lower Blue Mountains trails weren’t in my top 3, hand crafted by my best mates and me. We have some really good stuff going on.

3 destinations that are currently at the top of your bucket list of places to ride one day?

Retallack Lodge in British Columbia, that’s number one right now for sure. I’d love to get over to ride with Bryn Atkinson on some of his local trails, always so envious of the terrain that guy is shredding. Whistler is always on the bucket list, it’s been too long and this damn Covid has made it another year!

What is the all-time favourite bike you’ve ever owned?

The one bike that I wish I never sold and that I always kick myself for letting go would be an old Specialized Enduro SX, the ultimate slalom/play bike.

What is your favourite bike you’ve never owned just admired from a far?

Honda RN01 project from the mid 2000’s. I really wish that project had been given more time by Honda, it’s crazy to imagine where the industry might be now if it had of taken off and other brands tried to keep up!

Which has been your favourite [R]evo cover shot to date?

Other than the mag where I scored the front cover I would say my next ‘fav would have to be the Harrison Dobrowolski edition from a couple of years. It was an epic shot by Matt Staggs on one of our local trails up here in the mountains – an absolute banger of a shot!