Specialized are looking to change the e-Bike game with the release of their all new mega capable, self-shuttle DH bike, the 2020 Kenevo.

In a nutshell, the new Kenevo is an ultra-capable self-shuttling DH bike. It represents a significant advancement in e-Bike progression, boasting DH bike geometry with 180mm of travel at each end, 27.5″ wheels a powerful new motor and a super-long range battery, we’re talking about an absolute weapon right here! 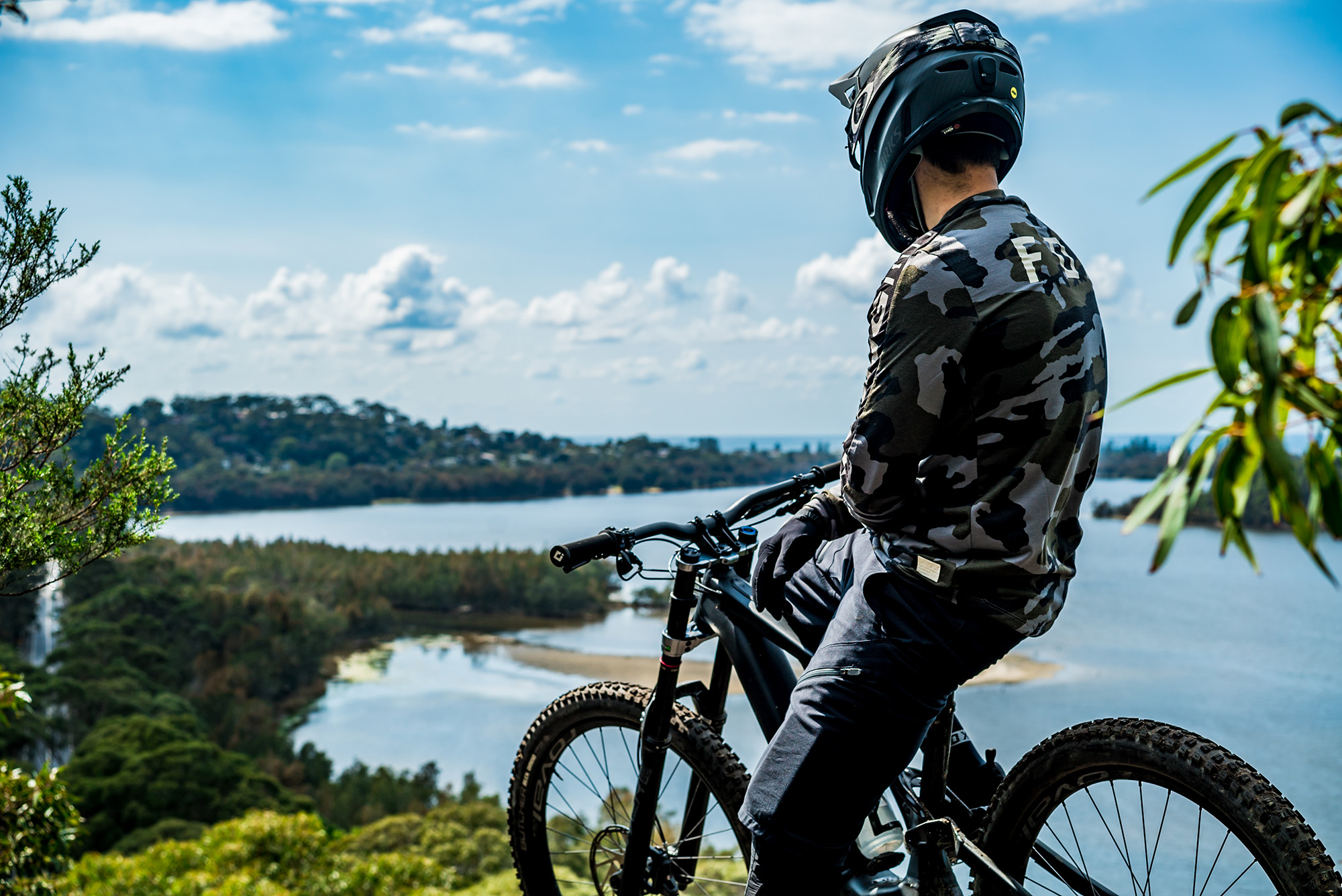 What’s new about the bike compared to the previous model?

How much has the motor been improved?

The (new) Kenevo features the new Specialized (Brose) 2.1 motor (as seen in the latest generation, super popular Turbo Levo rage) which is significantly lighter and more powerful than its predecessor. They managed to drop a stack of weight from the motor unit. We’re talking a massive drop of 800 grams! They managed to achieve this in two main areas; they changed the housing material to magnesium (whilst also totally redesigning the shape) and they also came up with a new rather innovative way of mounting the entire power onto/into the frame itself. And there you go, boom, nearly a full kilo of weight was saved. The new ‘2.1′ motor unit itself is also 15% smaller than the previous generation, while still being more efficient and even more powerful. It now amplifies the rider input by 410% (1.3 motor: 380%), providing up to 560 watts and 90Nm of torque. In short: the new 2.1 motor is better across the board, while still featuring time-proven technologies like a belt-drive and an integrated pedometer/power meter that measures speed and pedalling effort to precisely calculate power output. Impressive sounding stuff, eh!

Geo’ wise what changed between the old/original Kenevo and this new beast?

A ton! The new bike features a slacker head angle (from 65 to 64 degrees), significantly longer reaches (nearly an inch-per-size), steeper seat tube angles (two degrees steeper), and shorter seat tubes. And if you’re reading between the lines you’ll realise all of those numbers equate to a whole lot more ‘DH shreddy ready!’

We hear the Mission Control App has also seen an update, eh?

You bet, the Mission Control App is now easier to use and it features more functionality and tunability than ever before. At the touch of a button it allows you to fully customise the motor settings to the personal needs and preferences, diagnose the bike and extract a report, record/save/analyse rides, upload rides to third-party platforms, and even get control over your range via our Smart Control feature.

Let’s cut to the chase, how does it ride?

In a single word, the new Turbo Kenevo is FAST! Specialized have done really, really well designing and fine-tuning the performance of the bike in pretty much all areas. With a low centre of gravity and super dialled geometry, this bad boy just wants to eat gnarly trail for breakfast.

Watch Blake Nielsen shred the 2020 Kenevo in our exclusive edit!

In terms of bombing down a steep trail does the Kenevo blur the lines between e-Bikes and traditional DH bikes in terms of how you can attack sections of trail?

Yep, absolutely. With its 180mm of travel at both ends, plus with the added stiffness of a RockShox Boxxer fork upfront, the Kenevo is essentially 90% of a downhill bike before you even turn it on. And, perhaps not surprisingly, that promise of burly handling certainly gets displayed as soon as you point the Kenevo down a hill. We felt as comfortable on it as we would on a ‘regular’ downhill bike and after the first few rides on the gnarliest local trail spots the Kenevo just kept begging to be pushed harder and harder.

“To be honest, we’re not sure if we’ve even fully found the limits of the Kenevo, but we can confidently class this bike into the realm of DH bike status.”

Ride feel and performance wise how does the Kenevo compare to other e-Bikes we’ve ridden?

The best way we can describe the experience of riding the Kenevo is if you imagine sitting on the back of a stealth bomber… Now, obviously, you’ve probably never found yourself sitting in one of those (and neither have we to be honest) however, the feeling of pure speed and confidence that the Kenevo gives you when riding over super rough terrain really does give you a feeling of being indestructible. As if you could attack and conquer anything in your path. And then once you get to the bottom of ‘said’ gnarly hill, you can just turn around and casually pedal straight back to the top without even getting out of breath.

The heart and soul of the new bike is its powerful Brose motor and new mega battery. What is the ride feel like of the new power unit?

We were already big fans of the Brose motor that comes spec in the latest generation Turbo Levo and we’re pleased to find the same powerful motor neatly tucked away inside the new Kenevo. Without a doubt, it is one of, if not the smoothest and most ‘natural feeling’ e-Bike motors on the market today. The pickup under acceleration and the cut off when reaching its limited 25km/h speed are virtually unnoticeable. It boasts 3 nicely spaced power modes (plus an all- mode) and a minimalistic approach to the controls, it sure feels very intuitive to operate and allows you to stay focused on the trail ahead rather than worry about any of the techy stuff. Just set it and forget. Oh, and did we mention that the Kenevo’s battery is ‘uuuuuge!? If you’re wanting to head out and self-propel a day of downhill runs, we guarantee your body will throw in the towel before the battery needs more juice no matter how steep the route back up to the top of the mountain. 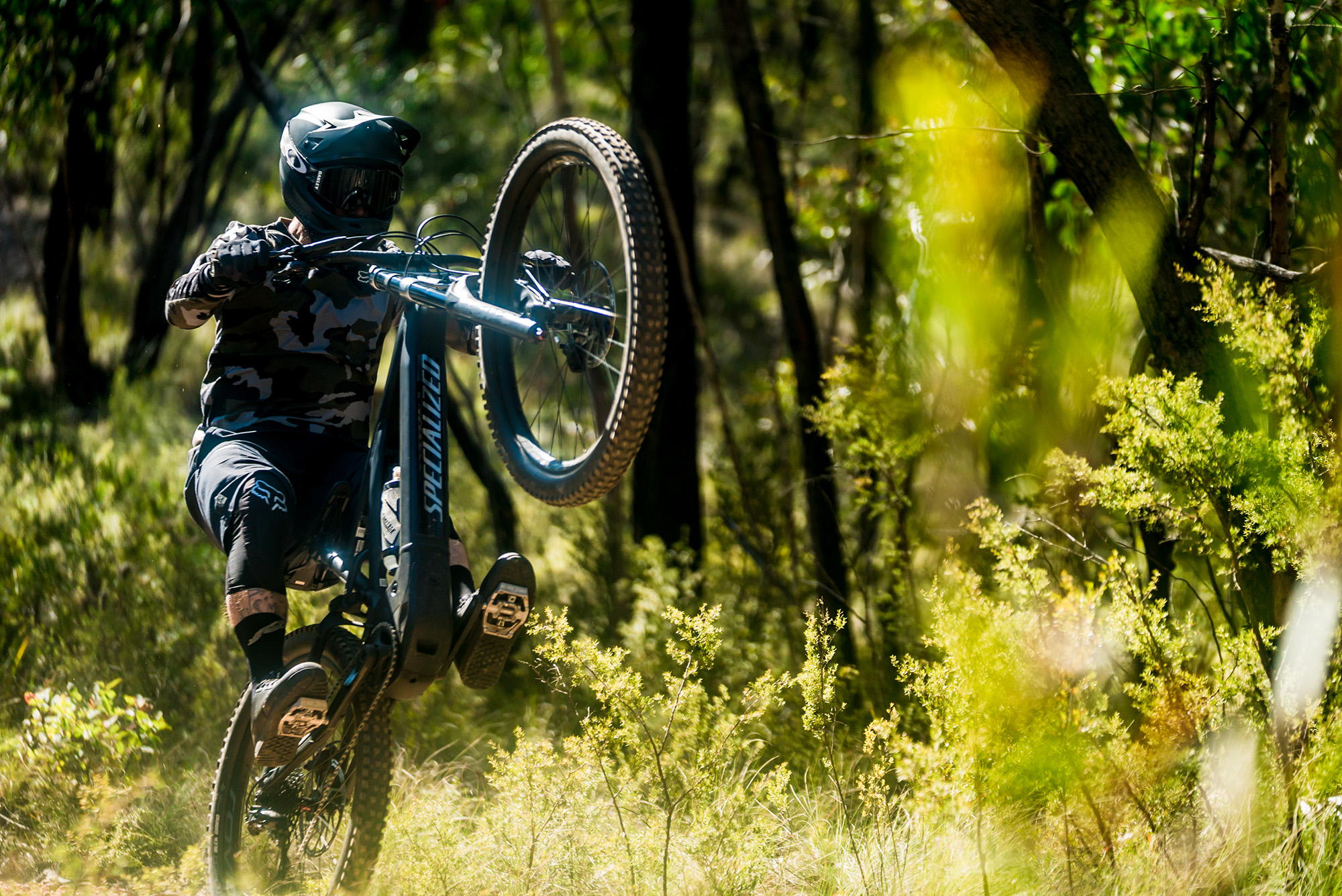 You’ve now heard the hype, Specialized is pitching this as a bike that does away with the need for a shuttle back to the top of the hill. Now that we’ve actually ridden the new Kenevo for a few weeks do we find ourselves agreeing with their rather bold claim?

Ab-so-lutely! Literally, we put that claim to the test on the very first day we rode the bike. We knocked out 8 full runs of one of our favourite downhill tracks which clocks 3 minutes if you’re pinned, and it’s then a 3.5km climb back to the top. We were doing each full lap in just 15min a piece, which was not only quicker than you can shuttle in a car but we were also finding ourselves barely out of breath by the time we got back to the top ready for the next lap. This thing is a BEAST. Gone are the days now of needing a shuttle vehicle and driver to lap a DH bike. This thing is a game changer and we can’t wait to see more companies follow in Specialized’s footsteps on this one.

How many models will the Kenevo be offered here in Oz?

There are two models; the Turbo Kenevo Expert and Turbo Kenevo Comp, and both are available right now, literally today, down at your local Specialized store.

What are the key differences between the two models?

The two Turbo Kenevo models share identical frames, motors and software. The Expert model offers 40% more range, with its 700Wh battery (the Comp has a 500Wh version). Drivetrain and suspension specs are different as well.

How much are we talking? 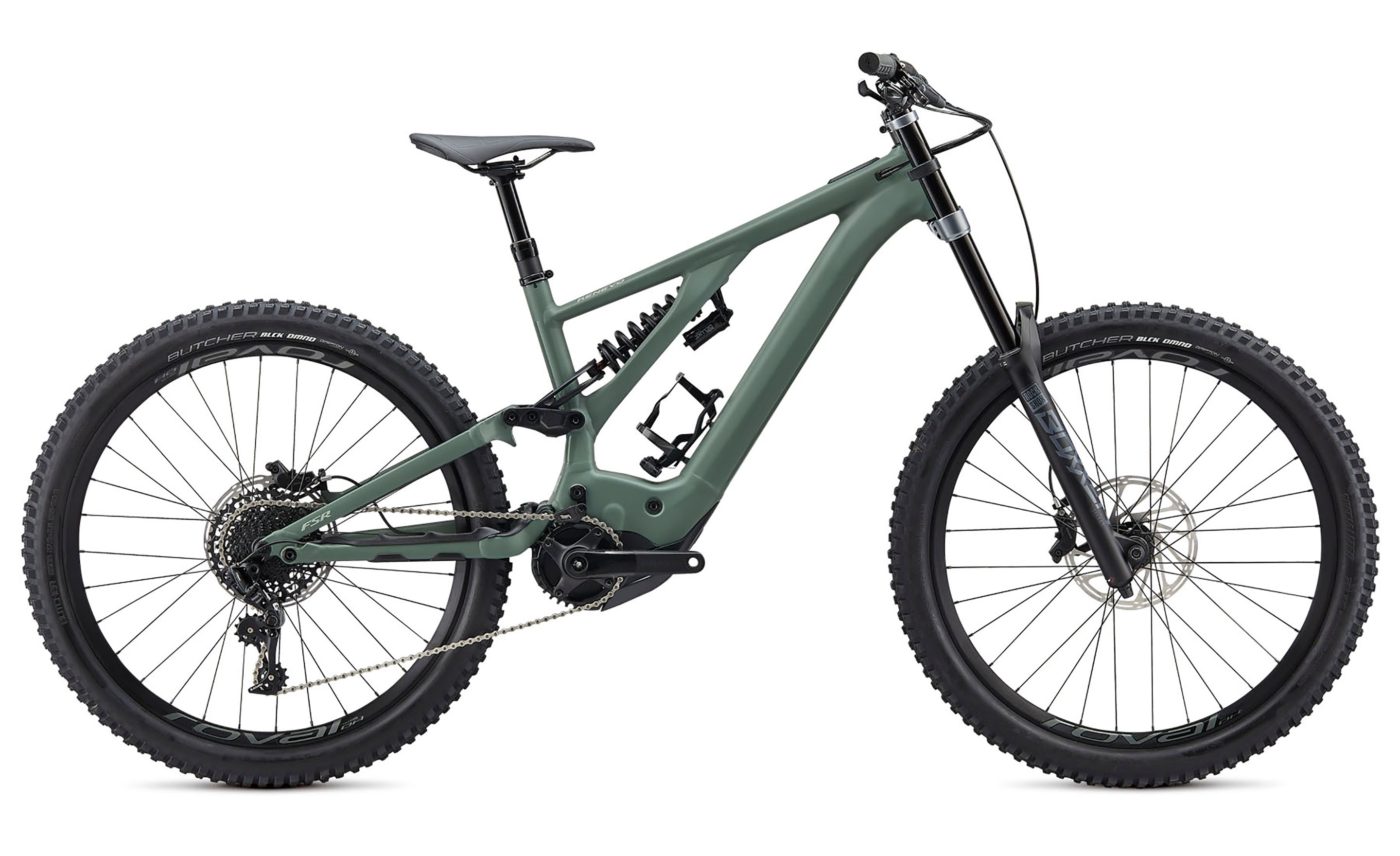 Where can I find out more info?

Glad you asked; to read our FULL review of this exciting new machine be sure to grab yourself a copy of our upcoming magazine which will be hitting the stands across Oz and NZ at the end of October. Of course, in the meantime you could (and should) pop on down to your local Specialized dealer or hit their website. 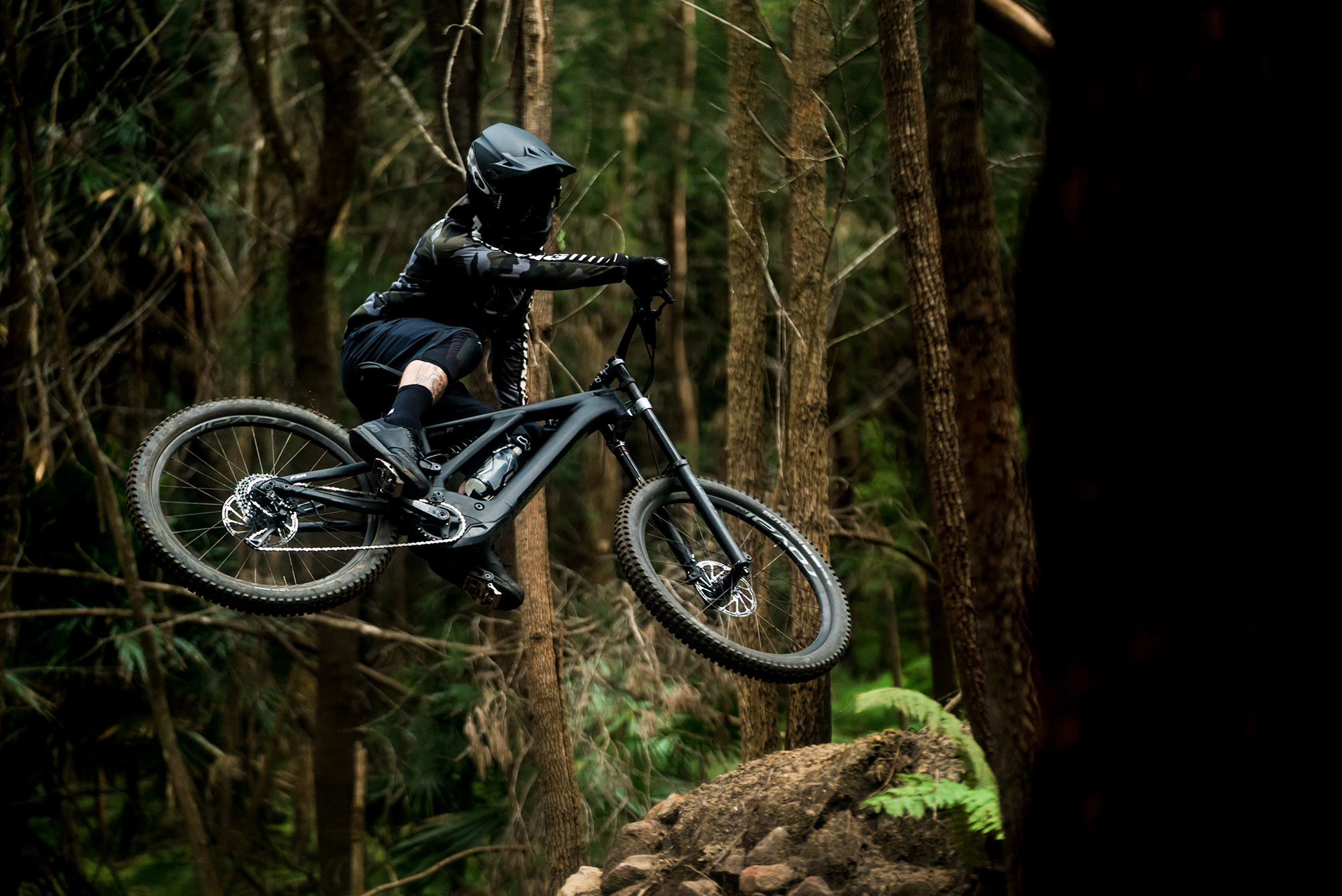