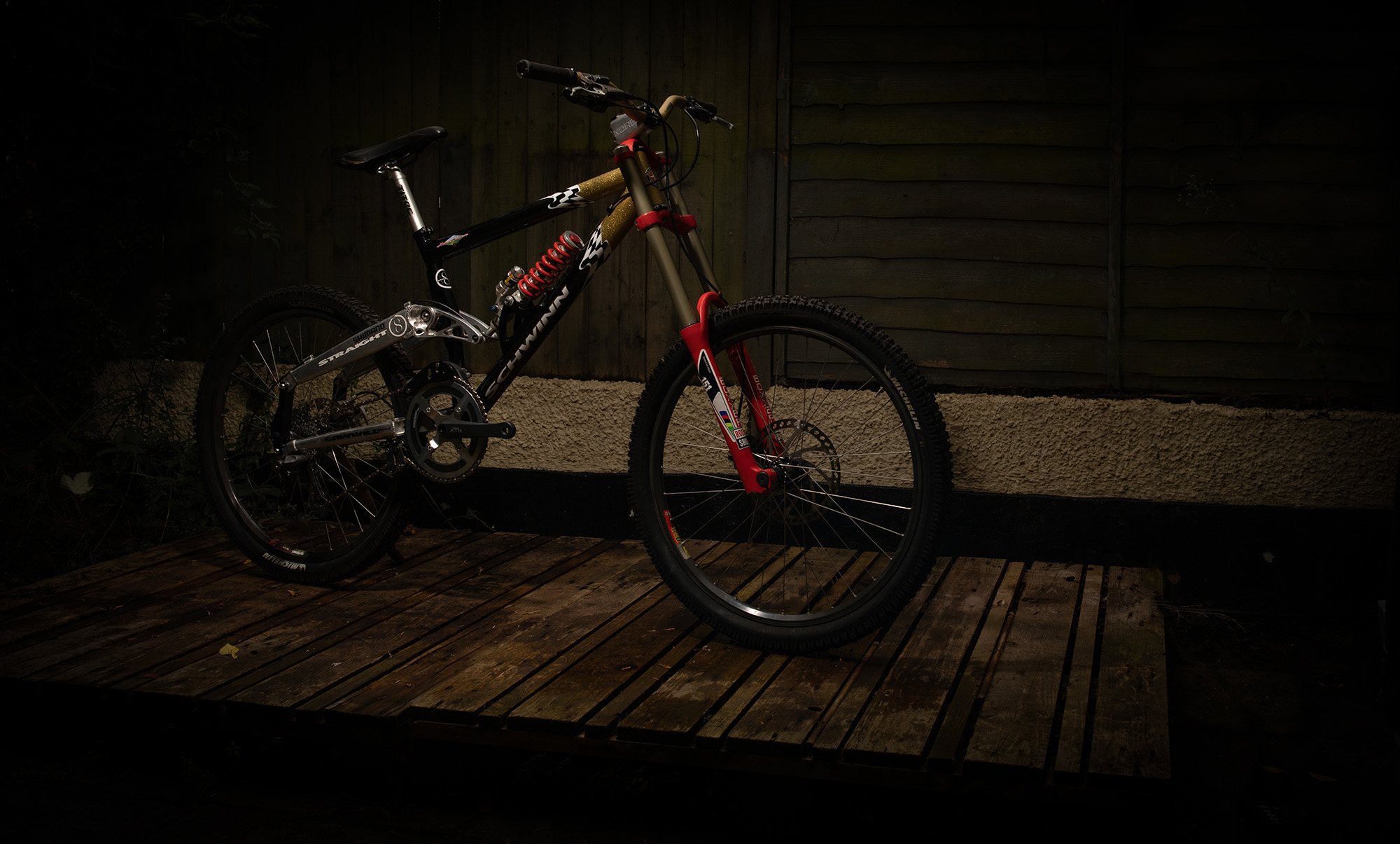 [R]: Those ‘pull shocks’ sure were a thing of beauty! For people that might not have seen one in the past run us through how they worked?

Yeah, they were beautiful. Again a product of ‘thinking out of the box’ for that Era. Well as the name suggest this shock would need to be pulled to run through its travel instead of the traditional push action we are all so accustomed to these days. That meant the frame had to be designed around this kind of shock. The damper rod actually ran straight through the shock and was pulled on the opposite end to be compressed. This design was used by only a few brands including GT, Yeti, Scwhinn and even Rotwild. Were they reliable? Not really but they looked super cool.

That awesome ‘speed boat’ glitter paint and ‘checker flag’ scheme was so iconic of Schwinn bikes back in the day. Did you have to restore this one or did you just luck out to find one in such good shape?

It’s a fantastic paintjob, Now that I think about it Schwinn also made some of the raddest paintjobs back then. I’ll need to retract what I said earlier about Kona paintjobs. This bike when I found it was mint, the guy I bought it from only rode it a handful of times from new before it got hung up for 20+ years. It’s almost like new.

What are some of your favourite details about this bike?

Oh man, it has to be the paintjob and pullshock design.

The lower chain tensioner on these bikes was pretty funky I seem to remember. Tell us a bit about what’s going on there?

Ah don’t even talk to me about that bloody guide… Each one made was actually proprietary to the frame and were only sold with the frames, it was the single hardest part to find for that bike. I think from memory that bike stood incomplete without a guide for 3 or 4 years before I found one.

If you look carefully that is actually a YETI branded one. Yeti and Scwhinn ran the same Lawwill suspension design back then.