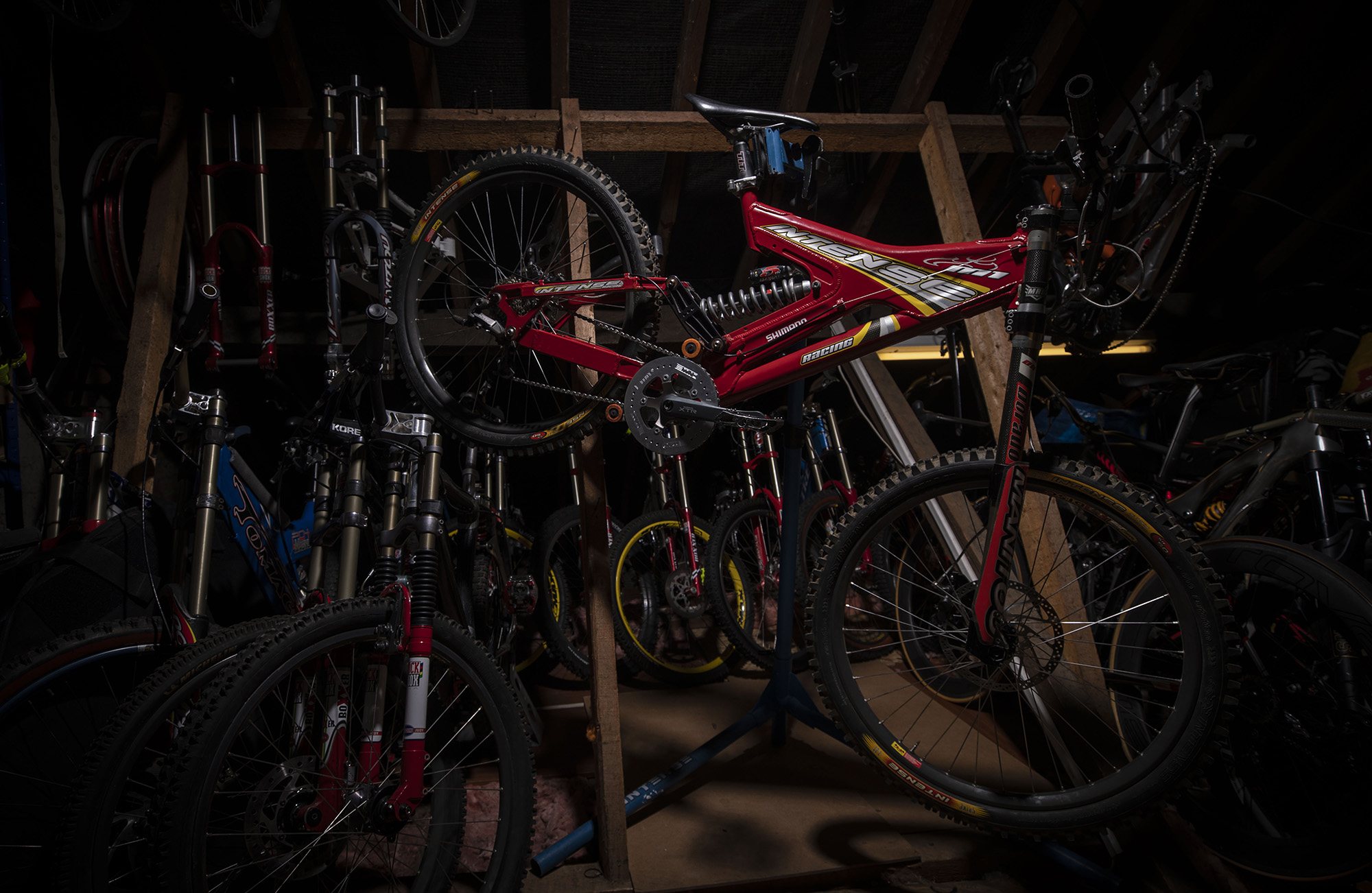 [R]: The undisrupted king of DH from that era was of course this big bad boy, the M1! You couldn’t not include one in your collection, right?

Exactly, you summed it up nicely. I have nothing more to add!

This one is kind of a late model when Intense had really smoothed the M1’s frame out. Tell us a bit about how this version was different to the earlier M1 that Palmer put on the map?

Yup, this was the last of the M1 designs. The M1 changed a fair bit over the years and even changed suspension designs twice. I won’t get too much into it as there are already great articles online about this but in a nutshell the biggest changes were ‘geo and travel. One thing that stayed true though was the handmade in the USA and the iconic out there monocoque frame designs.

What is your favourite detail on or about the M1?

Has to be the Iconic Monocoque frame.

Those ‘5th Generation’ shocks packed some pretty awesome tech when they hit the scene. Tell us a bit about their concept, and also, do you still have the bendy plastic allen key that they came with? haha

All I know is that the Sam Hill and Kovarik ran them all ‘de-badged’ for a few seasons when they were supposed to be on Manitou so they must have been pretty damn good.

This thing is even packing original Intense tyres. How many years were they in the tyre game for – it wasn’t that long was it?

Yup, back in the day at the races it was a run-what-ya-brung type setup. I had these Mud spikes in the attic for years before I got this bike. They were pretty good in the wet. I think they produced tyre’s up until 2005 maybe. Not too sure.

You’ve got the Dorado fork up front as well – another super iconic piece of DH history right there, eh?

Yes sir, that bike would not look right with anything else fitted. Upside down carbon downhill forks. Super expensive at the time, and actually if you kept them well serviced, and I mean VERY well serviced they worked quite nicely. Albeit they were super flexy.