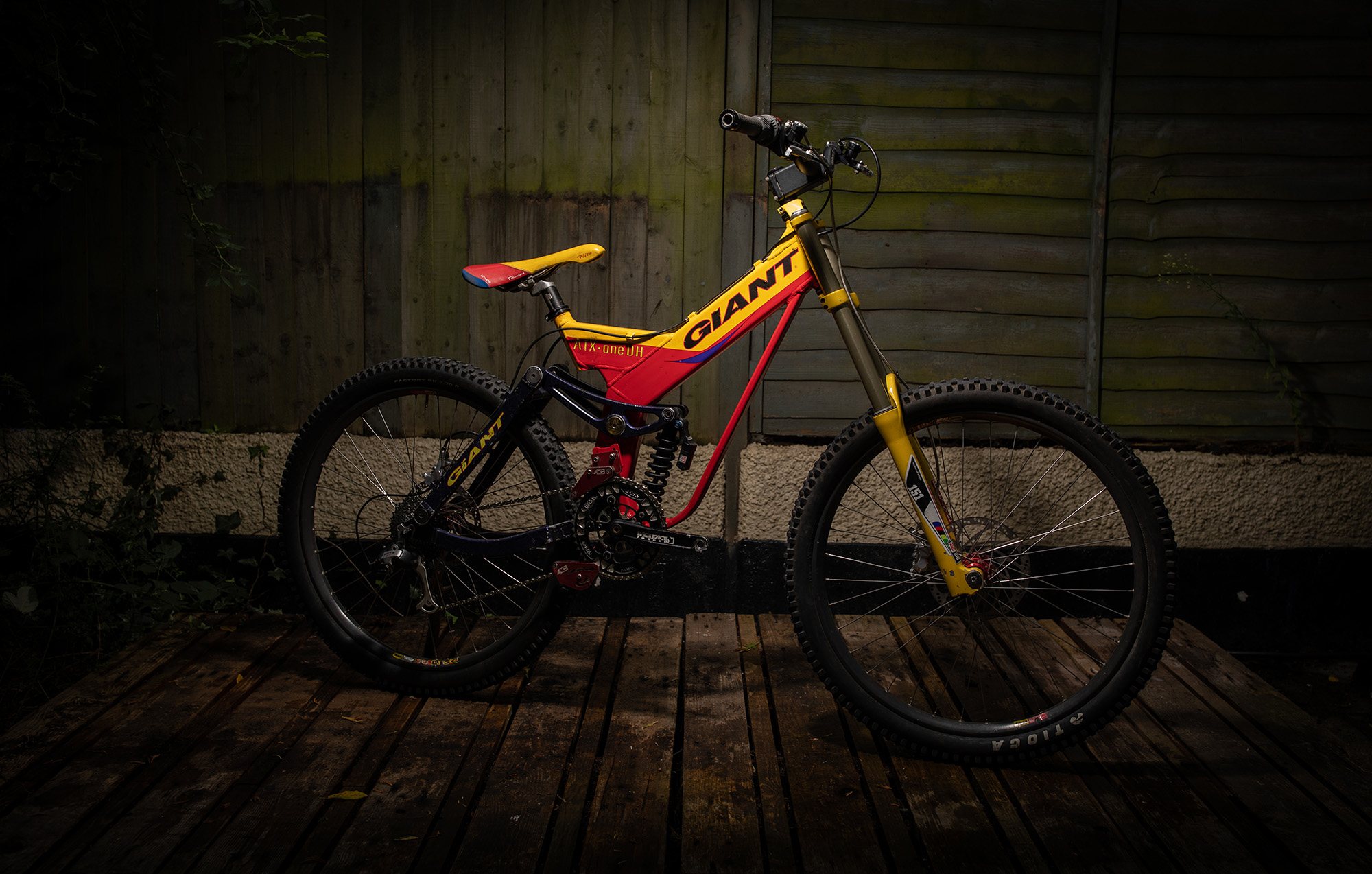 [R]: Giant had such a cool roster of riders when this bike was out; Rockwell, Warner, and of course a rather young (Aussie) Sean McCarroll. The ATX 1 would have to be one of the most iconic frame designs of the era, eh?

Yeah I agree, the ATX DH was the first real downhill bike I ever owned. Albeit the ATX 2 DH. It was also for the time a wild looking bike and having the likes of Warner and co on there definitely helped grow a cult following for this bike. It was also one of those bikes that looked really rad in Team Spec livery. My particular model is pretty beat up and needs some work but that’s the fun part. I opted for a yellow BoXXer similar to what Warner and Rockwell raced on. Something a bit different from the usual stock builds.

Tell us about some of your favourite details on or about this bike?

Has to be the AC (Adventure Components) Chain device. Red anno.. what’s not to like?

The ‘reach’ of this bike looks so short compared to today’s standards. Frame geometry sure has come a long way in the past 20+ years, eh?

On man, that’s a constant theme amongst these bikes. Steep head angle and very short toptubes. Luckily we all learned to relax a bit more over time.. that said some bikes in my opinion are going a too much in the other direction now.

Which model of BoXXer is that on the front there?

I have the BoXXer 151 with 7’in upgrade kit installed. Also running the drop crown

You’ve got the early Gripshift on there too. Was this still in the Sachs days before SRAM took it over?