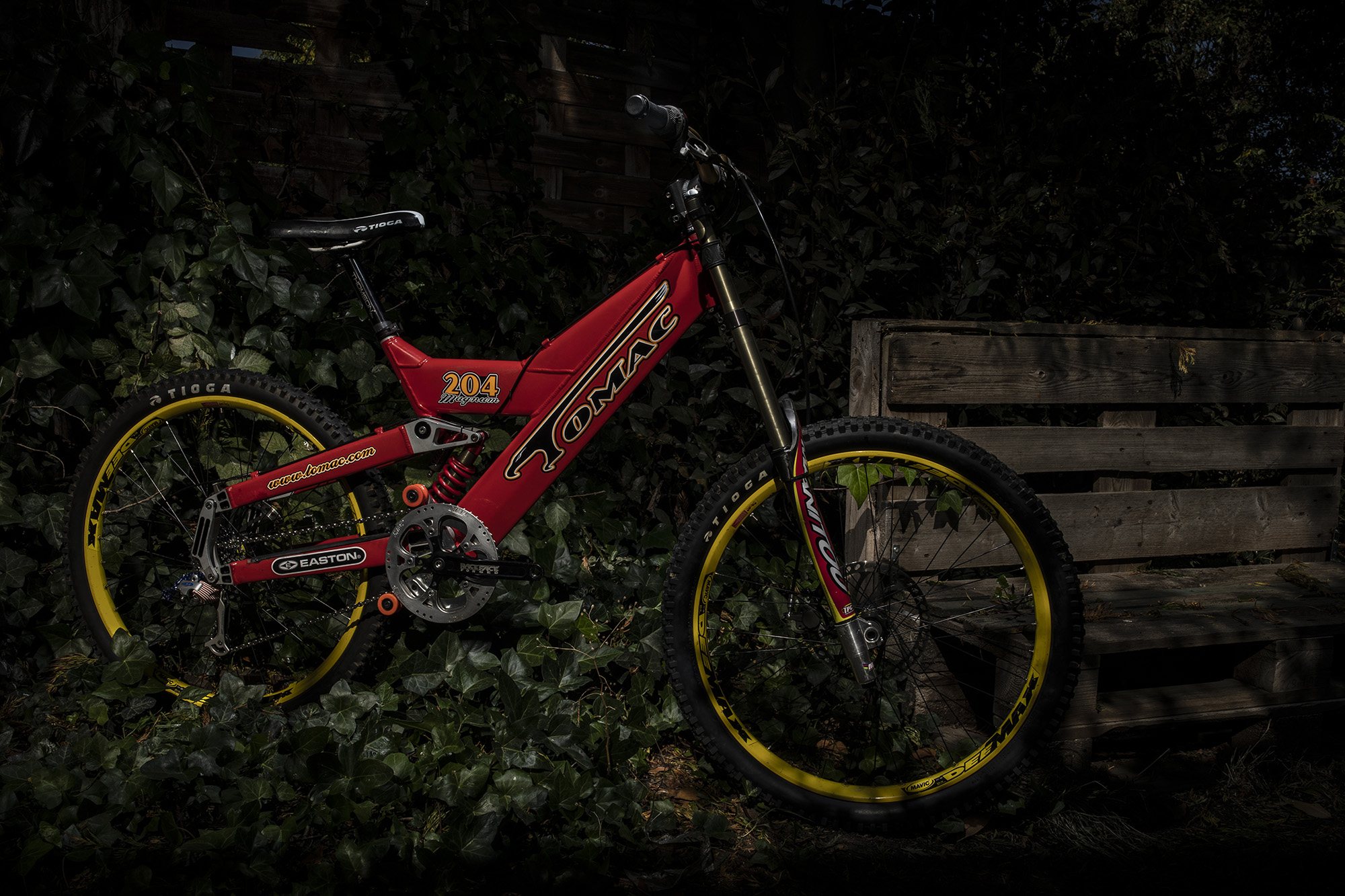 When the legendary John Tomac began making bikes their designs were always something super special. Surely this bike featured the chunkiest tubeset of its generation, eh?

Definitely, the Headtube is super chunky but also fairly slim. A bit like a surfboard’s shape actually. I bet this bike, like the Trek Pro Issue, were a real handful to ride if there was a cross wind! As for the suspension design, there were two DH bikes produced by Tomac between 98-2002. The bike in 98 ran a Lawwill rear end design. Like the early Yeti’s and Schwinn DH bikes. The second was a Doug Bradbury link driven design. Like an MX bike.

Does it weigh a ton?

Yeah, even with carbon Manitou Xvert’s it’s still quite heavy. Again, have no idea on weight but I think I might actually after this article go and weight each one out of interest.

What is your favourite detail on or about this bike?

It’s hard to say because the bike as a package is so rad. I love it in the red team livery. I’ve seen multiple builds of this bike before but to me it really only looks right in team spec. If I had to pick one it would be the frame with the Manitou Bazzoka rear shock.

How much travel did the Magnum put out?

Those Manitou carbon X-Vert were so dreamy back in the day. I’m curious, which is your favourite DH fork of all time?

Looks wise it has to be the X-Verts, performance id same Marzocchi Super T’s. Candy Red BoXXers were also great. I race those most of the time.

Tomac named each of their models after guns, right?

I believe so. I’ve actually got a couple of Tomac’s in the collection…