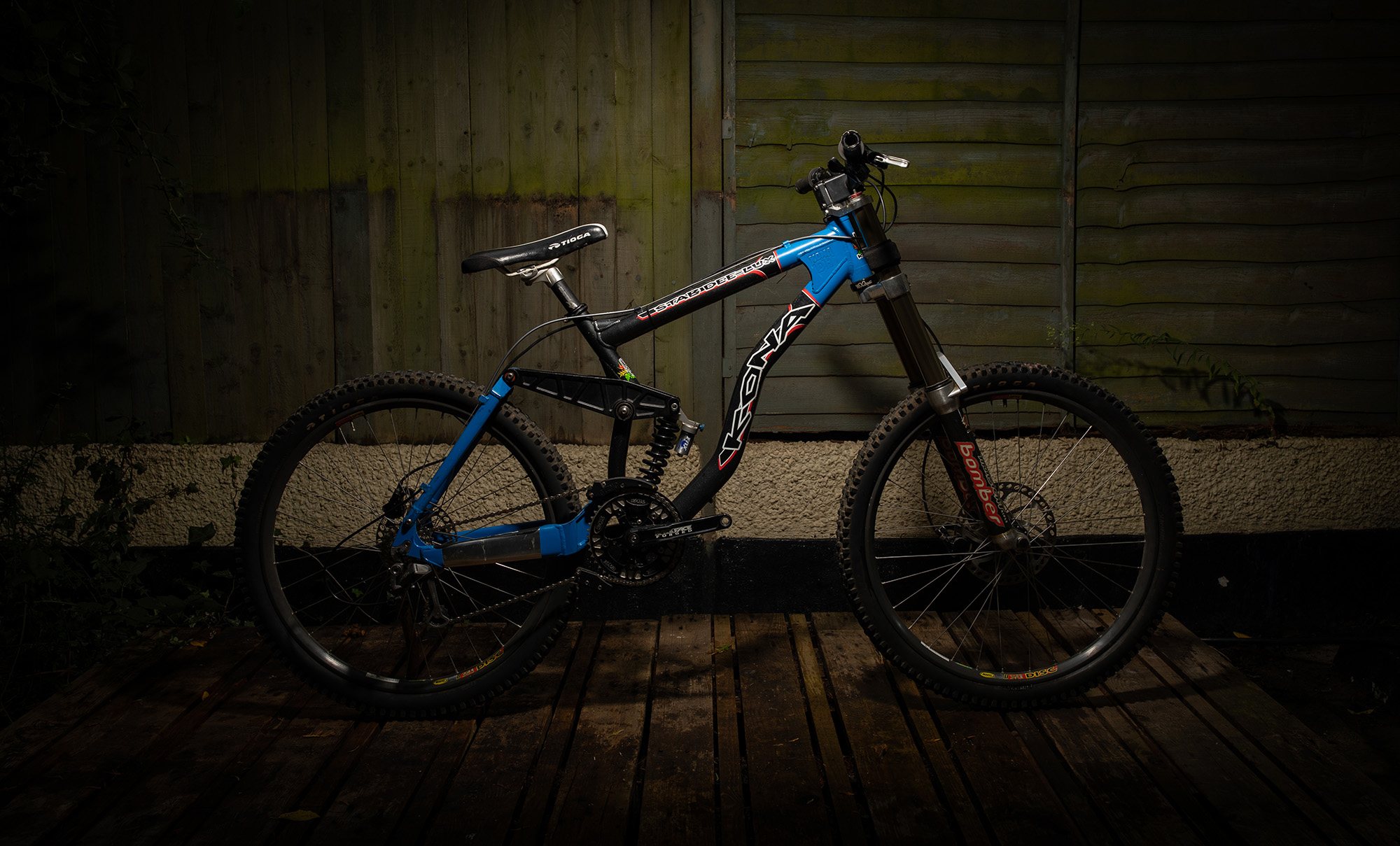 [R]: When Kona brought out the swooping downtube it was a real game changer. Wonder why they only stuck with it for a short period?

Probably because they realized the head angle of the Dee Lux was terrible and the did not need it. Still, it looks cool as hell!

The length of that mega rear linkage plate was pretty ‘next level’ too, eh?

So, interesting story, I’ve never ridden the link on this bike. I had this a Dee Lux in 98’ and bought it 2nd hand off of a Kona dealer in South Africa. Mine came with the same CNC hollowed out link that Greg Minnaar was using on his Stab Dee Lux at the time. It was super stiff. This I guess was the production version but does look like it could flex loads.

Simply everything about these bikes was chunky, not least of which being the forks. Tell us a bit about the Bombers?

Well if you were into DH in the 90’s you know all about the Monster T. Made famous by multiple riders. Italian open bath goodness. These forks were the business back in the day and were as comfortable on a huge free ride huck bike as they were on the late great Corrado Herin’s Sintesi Bazooka World Cup race bike. They were big, they were heavy, they were moto and they were totally absurd, but that’s why we loved them.

How much travel did the Stab-Dee-Lux have at each end?

They advertised it as 7 front and rear.

What is your favourite detail on or about this particularly epic Kona?

The paint job is definitely up there on the favorite details list. Kona did the best paint jobs back then hands down. I would also have to say the kinked downtube and the Monster T.