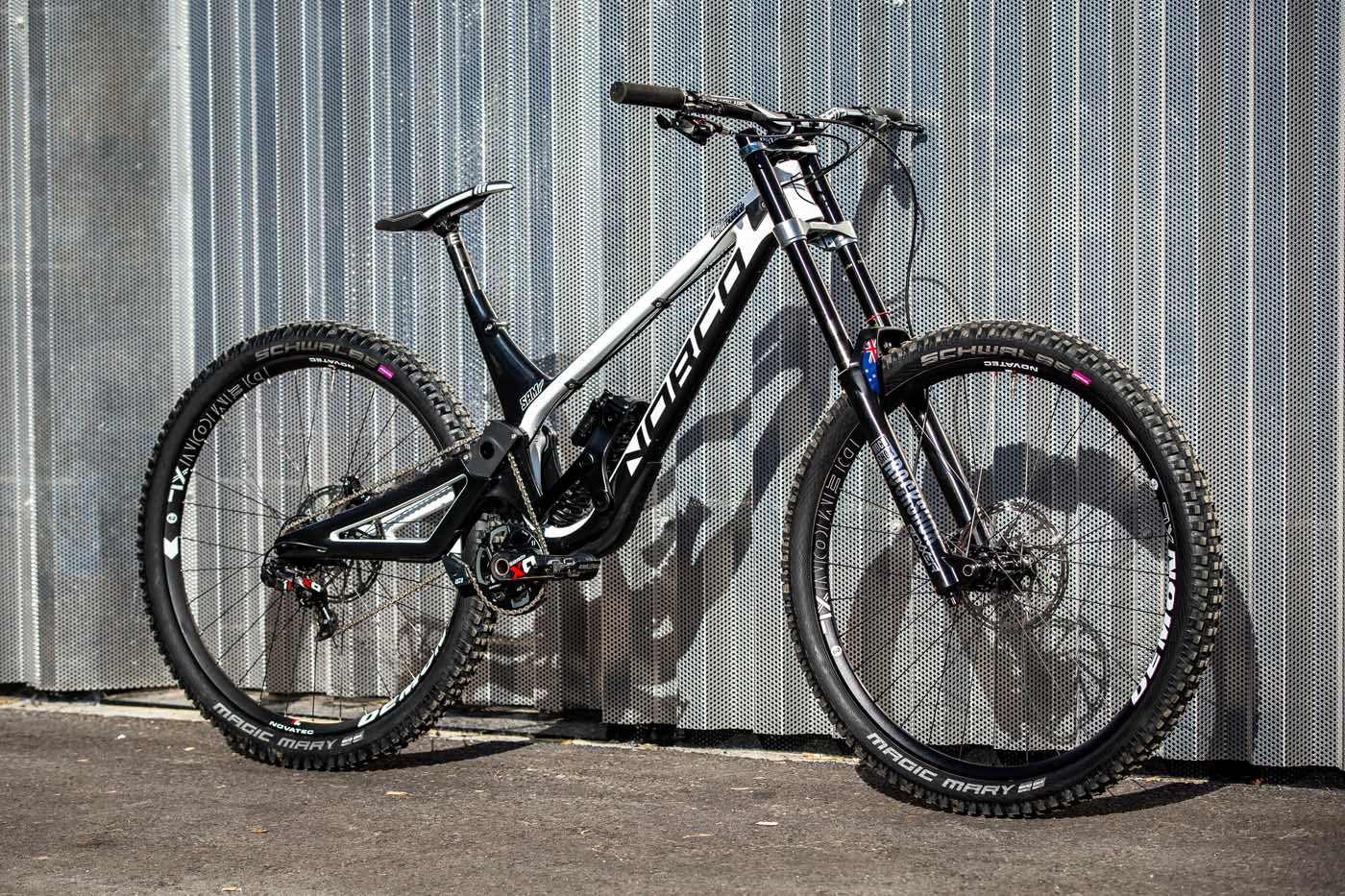 Style. Speed. Smiles. Just few words that go with Sam Blenkinsop like a lock and a key. His new Norco race rig is one that has had many wanting to know more. So who are we to not let you know! We caught up with Sam to go through his take on setting a bike up to hit anything at warp speed.

We’ve seen you riding prototype frames for quite a while and then mid-way through this year Norco finally put the Aurum HSP into production. Does that mean you’re riding a stock frame now then?

Sure does, I’ve been on the stock frame ever since the bike was released.

Obviously the new HSP features a rather complex looking frame design, linkage and chain route, can you tell us a bit about how it all makes sense and works so well?

The high single pivot design is what makes the bike work so well! Put quite simply, unlike most DH bikes the HSP absolutely bloody loves eating up square edge hits like rocks and roots. That makes my job a lot easier to hold on and focus on hitting my lines. The bike pretty much just does all the work! haha.

When you’re charging down a trail is the bike quite quiet or does it make a lot of noise?

Nah bro, she rides really quiet, no chain slap, all you can hear is the tyres clinging to the ground.

Sam: Yep I’ve been all about the 29’er, it’s awesome so why would I change?

How tall are you mate?

The reason I asked is that we’ve noticed you’ve been riding a size XL frame, and then when you add on those big 29” wheels, man that is a lot of bike. Are you still able to throw it around and cut shapes out there on the trails?

To be honest, yeah, when I first got on the XL and rode around the car park I definitely thought ‘geez this is a big rig!’ but as soon as I got on the trail I was like; “what have I been doing on a  size large all this time? The XL feels way better!” My times were immediately faster too. The XL has way more room for me to move about and throw the bike around. It just feels a lot more stable and I can now throw it in to corners a lot harder.

Rad. It seems like a lot of people are riding bigger frame sizes this way for similar reasons. Right, so, both the front and rear ends of the bike are carbon, plus you’ve got the ‘air’ BoXXer fork up front on there, what is the total weight of your bike do you know?

It’s right around 16kg. It could be a heap lighter but I actually prefer the feel and security of having more weight in the wheels on my bikes so I run them tougher than most.

You’re one of the few World Cup racers that will rarely wear gloves. How come and what grips do you run?

Ha, yeah I just prefer the feel of that connection to the bars. Grip’s wise I run Deity Knuckleduster which in my opinion are the best grips out there for riders like me that don’t like wearing a pair of hand warmers! 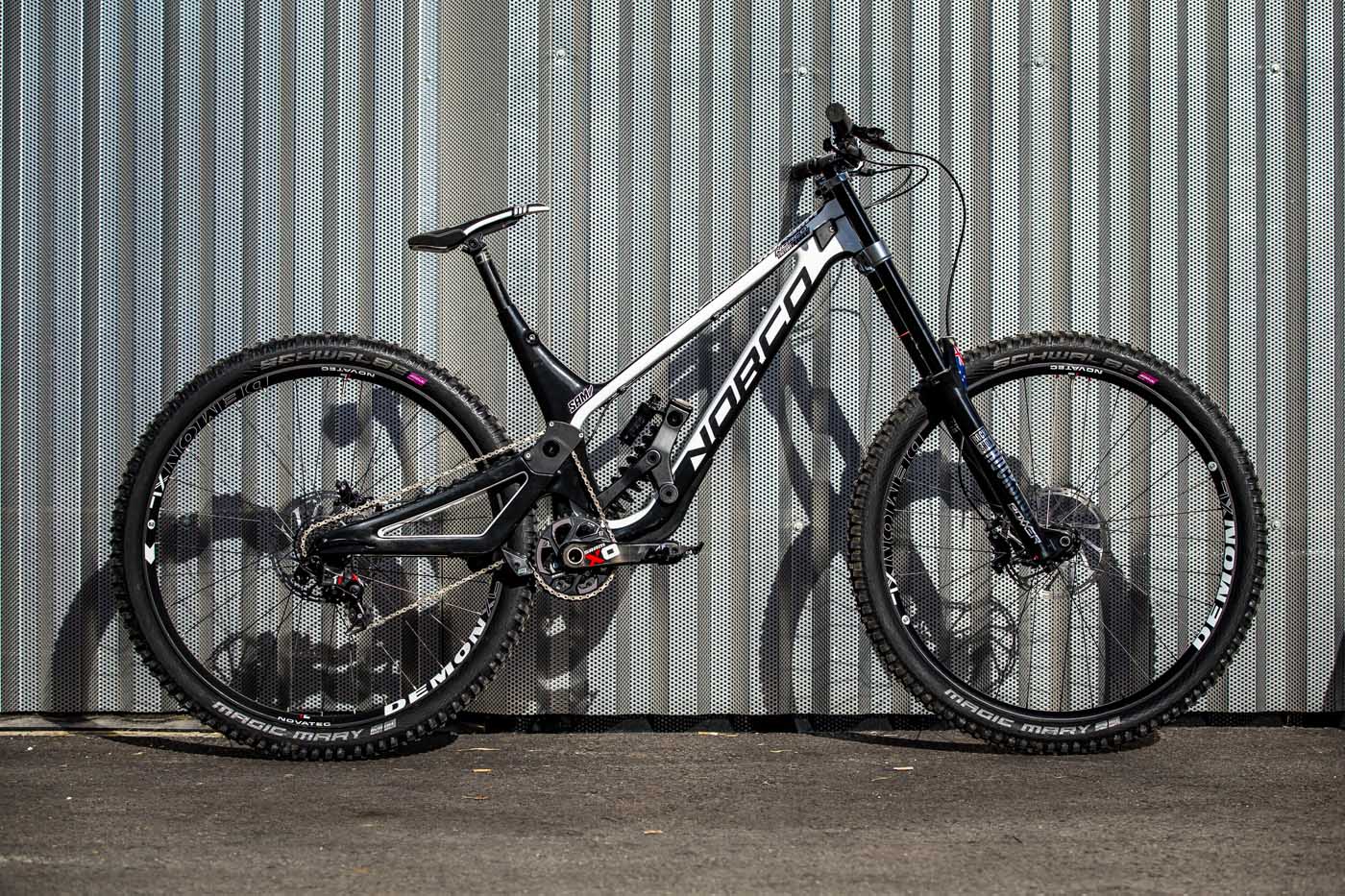