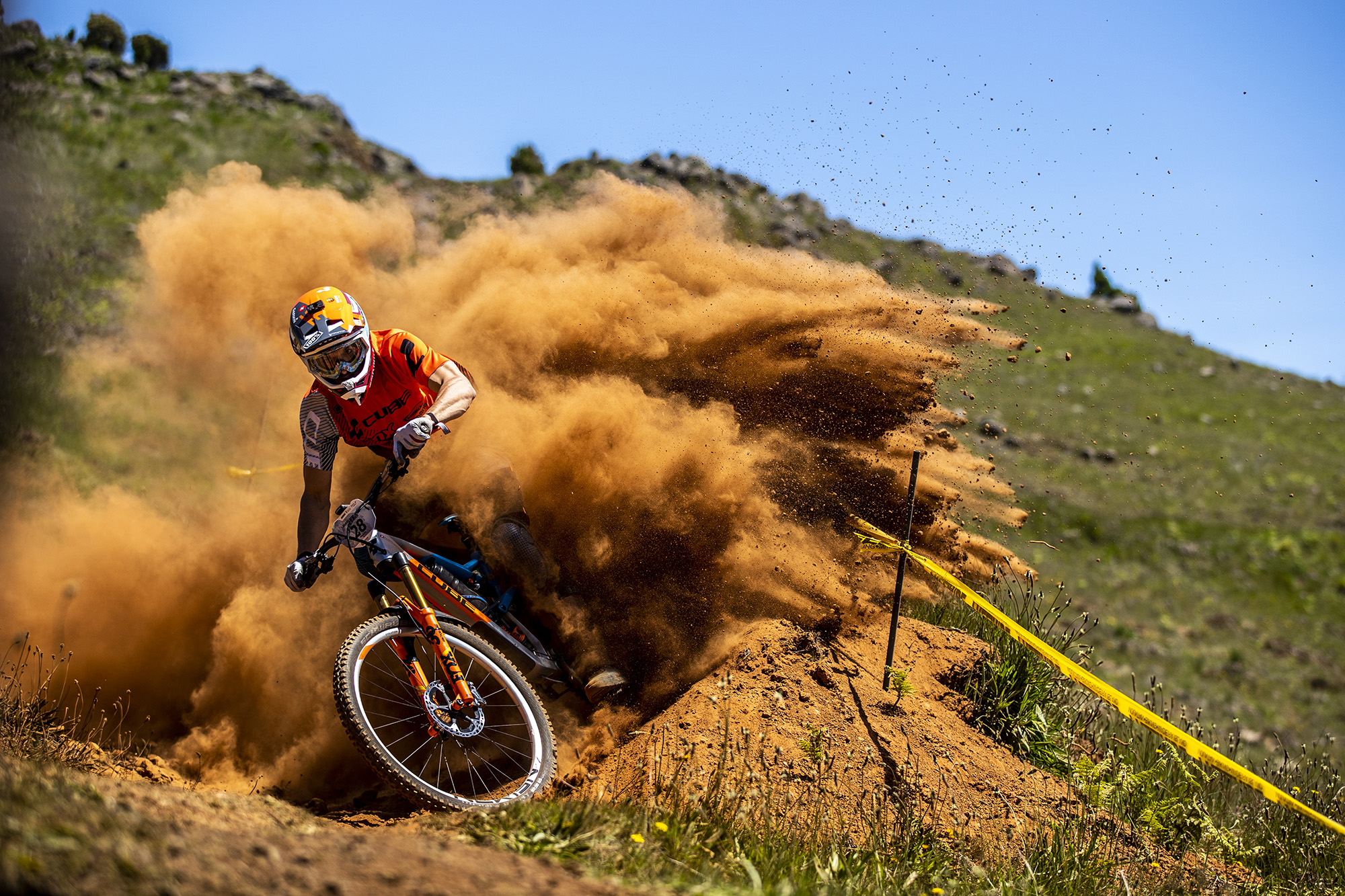 During the 3rd round of the 2019 Enduro World Series, Machico, Madeira.

Back in my day, the only thing you would put in your tyres was a regular old inner tube and sweet, sweet, high-quality fresh air. However now in 2019, we’ve got a million and one inventions to choose from.

Their designs and performance claims vary wildly; ranging from helping to prevent flats, to increasing tyre traction, and just about everything in between… Often these tyre systems can be rather pricey though and often they can be a real headache to install. So, the question is, do they actually work, are they worth the bother and if so, which is the best option for you? Let’s go ahead and dive into some of the most popular options on the market, taking a look at their differences and how they could very well benefit your riding.

Let’s start with the best. Procore was the O.G. when it comes to innovative tyre “systems”. In place of foam, they use a tunable secondary “tube” that sits on the rim inside the tyre. Syntace and Schwalbe put this to the test with racers and riders for years before releasing it. The inner tube isn’t your standard butyl rubber, it’s made of a higher density outer so it doesn’t pinch when hit. The tube once inflated will aid in locking the beads into the rim through pressure and add a protection layer to avoid rim damage. A few of the benefits from this system is that it is tune-able both in the tyre and the Procore. You can essentially have a two-stage tyre feel, similar to adding tokens in your forks, soft on the outside for grip but, hard on the inside for extra support. The biggest downside to the system is the extra effort to install. While not as hard as some of the foam inserts it still requires a lot of extra pumping through its two part valves. When originally released the system seemed quite pricey but, compared to systems like Cush Core it’s not too bad.

Cushcore was developed as a tyre suspension system. What the hell is a tyre suspension system? Well instead of throwing in some random EVA foam, pool noodle, or memory foam out of their old pillows, they developed a foam that rules all foam. Cushcore believes the tyre itself is the spring and the insert is the damper. They wanted a system that supported the side walls at low pressure to increase stability. The system reacts relatively to the force of impact like a suspension damper, as the hit gets bigger the harder it is to compress. Considering the first 2 ish inches of suspension are in your tyre why wouldn’t you want to be able to dial it in? The flat tyre defender is a similar system and while it doesn’t go as deep into the dampening, it does have a more round profile making it more rideable without air.   The biggest downside to Cushcore is the immense amount of effort required to install it. People all over the world have gained stronger forearms and a greater sense of self-belief after installing Cush core. While this may not be a massive issue while in the comfort of your shed, there is nothing worse than trying to fix a tyre trailside with Cushcore. While it may get you to the end of a DH run, riding 15 ks back to your car wouldn’t be fun.

These are some of the most basic inserts and this is reflected in their price (at least half of Cush core) and their technology. This class of insert are mainly aimed at riders who are mainly focussed on saving their rims over the extra tyre support provided by other options. These inserts are easy to install as they don’t require as tight of a fit to the rim or, sit fully in the tyre. While the piece of pool noodle may seem like a cheaper option, the amount of effort to build these systems does not outweigh the time you could be riding.

Oxygen can hardly be beaten when it comes to price, availability, and ease of installation. Why don’t people just pump up their tyres? The simple answer is traction. The more air results in a harder tyre which more often than not results in less traction. The lower pressure allows the tyre to move and mould over terrain, in turn increasing traction. It also provides a better ride-feel as riding on rock hard tyre would feel like riding on a bouncy castle. With the advent of wider rims, tubeless systems, and reliable tyres pressures have dropped drastically. Imagine running 18 psi with a tube in a 2.1 thin wall tyre, it would be a pleasant ride until you pinch flat going down the curb at the end of your driveway. The issue is the soft tyres won’t support side load and there is an increased risk of rim damage. While BRAAAPPPING a tight berm might get you Insta famous, destroying your third rim in a month may not be the best.

So what works best for you? If you are looking for a lightweight setup with no fuss, the MOAR AIR  may work for you. The enduro or DH racer that is looking for reliability over a race weekend will look at the Cush Core or Flat Tyre defender as these can provide the best functional performance once installed. The basic inserts like your Huck Norris may provide some protection however, I would almost recommend saving your pennies or investing in a tyre with a thicker casing. If you love to tinker then you can’t go past Procore for the customisable tune.