For as long as we can remember the Trance has been Giant’s do-it-all trail bike and whilst the platform has been constantly evolving over the years it’s never really been a bike that would set your heart racing with excitement… until now!

Fresh for 2022 Giant have completely redesigned every square inch of the new Trance and in doing so they created a bike with super charged trail performance. Gone is the appearance of a skinny little XC bike, and in its place is a beefy and beautiful frameset with sweeping curves and ‘spot on angles’.

Whilst the Trance remains a purebred 29’er and still utilizes the proven Maestro suspension design, the bike has received an increase in travel up to 120mm in the rear and 130mm up front. We’ve discovered that little bit of extra travel, coupled with the new geometry package, makes the handling of the new Trance far more capable on rougher sections of trail and a lot more playful when you want to throw the bike around, hit some jumps and have some fun.

Other key updates you’ll notice are adjustable frame geometry via a flip chip and a storage compartment built into the downtube (only on the ‘Advanced’ carbon models). The other thing that has really impressed on the new bike is the Fox Live Valve ‘electronic’ suspension package. The 2022 Trance Advanced Pro 29 will be available in 3 spec levels and this particular bike that we’ve featured here is the Trance 1, which is the mid spec option.

The thing that we have come to absolutely love most about this bike is the added performance of its Fox Live Valve electronically actuated suspension package. Live Valve feels super impressive when you ride it and really enhances the Trance’s overall handling and character. 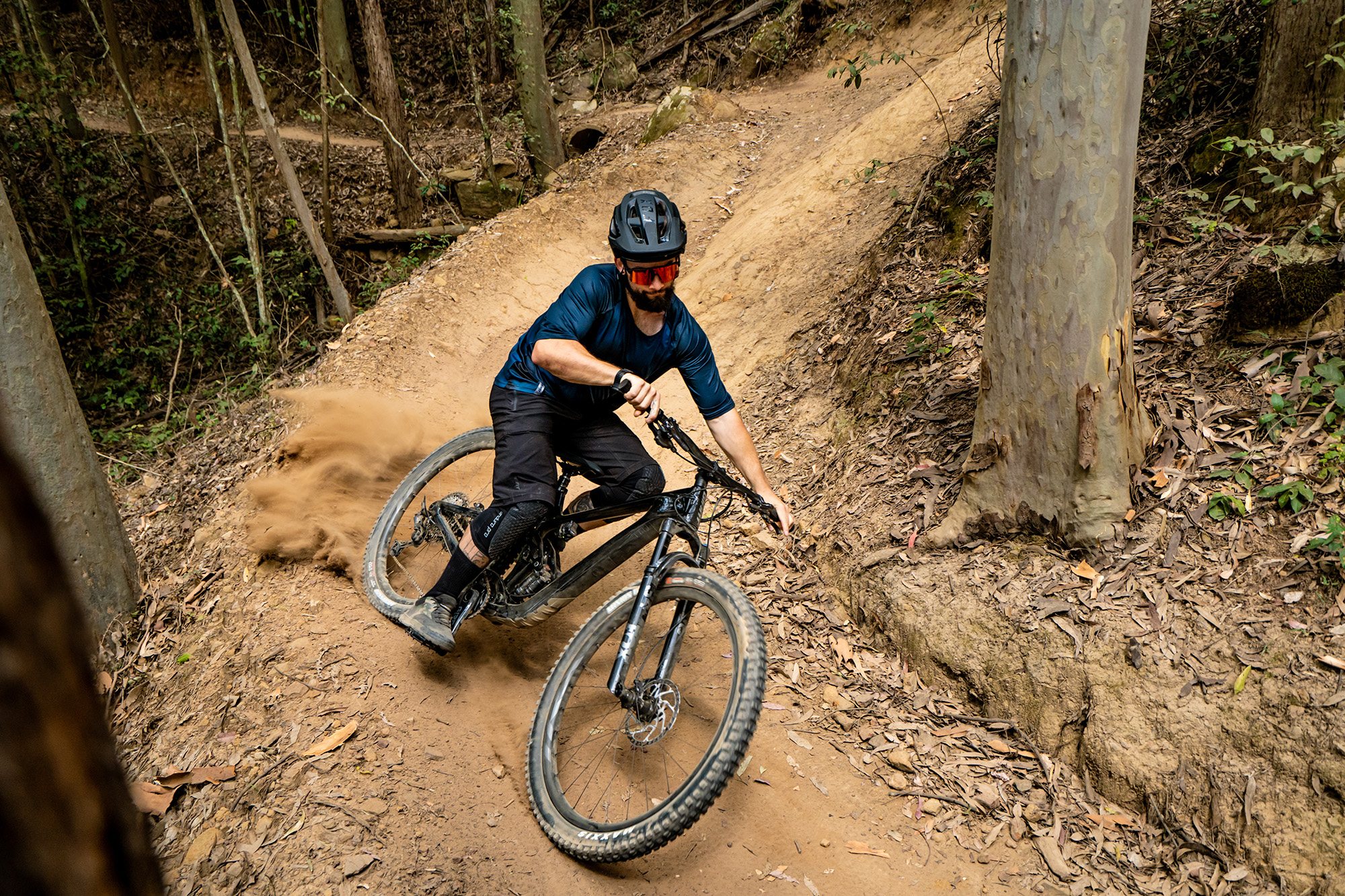 Okay so that’s the overview of the new Trance – now let’s get down to the action and talk about how it rides. One of [R]evolution mag’s favourite sons, Blake Nielsen, has spent the past few weeks secretly trail testing this bike ahead of its official launch. Here is his take on how the new bike performs.

The silhouette of this frame is much beefier than any Trance we’ve seen before. What were some of your initial impressions when you started to inspect the details of this bike up close?

Giant really have gone to town with completely redesigning the Trance from the ground up this season. While it still relies on the Maestro suspension design, the brand-new Trance frame could easily be mistaken for that of the bigger travel brother, the Giant Reign, due do the increase in frame tube and junction sizes. This boy is beefy! And it’s surprisingly really light thanks to a full carbon fibre construction from head to toe. As always, Giant have done a fantastic job of manufacturing a very high-end frame that is finished beautifully whilst keeping it at a respectable price. As you would expect from a big brand, internal cable routing is a breeze, all suspension pivot points have high quality fasteners and bearings.

All of the lines of the bike flow very well, the intricate shapes at the junctions of every piece of the frame flow nicely creating a very aesthetically pleasing package.

It’s claimed that Giant’s R&D team focused on improving the frame stiffness of the new Trance. Overall, how does the frame ‘feel’ while you’re riding and how does it react and respond to the trail and to rider input?

The attributes that follow this out on the trail are a far more responsive and predictable ride over previous year models and I would say most other bikes in this category. With reduced frame flex comes far more control over the bike, the ability to put it exactly where you want it and also know how the bike is going to react if your input into the bike wasn’t quite right. Stiffness doesn’t mean a harsh ride and on a dual suspension bike this is taken care for us. A stiffer bike will also feel far more efficient out on the trail, there is less wasted energy from our input though the pedals or handle bars being dumbed down via frame flex. Perhaps one of the more overlooked feelings you will get from a more responsive bike is that of “playfulness”.

Whether it’s jumping, pumping, manualling or roosting your favourite corner, the added stiffness in the new Trance will not only make these tasks easier to accomplish but you will get more feedback from the bike about what it’s doing underneath you, almost begging you to push your limits! 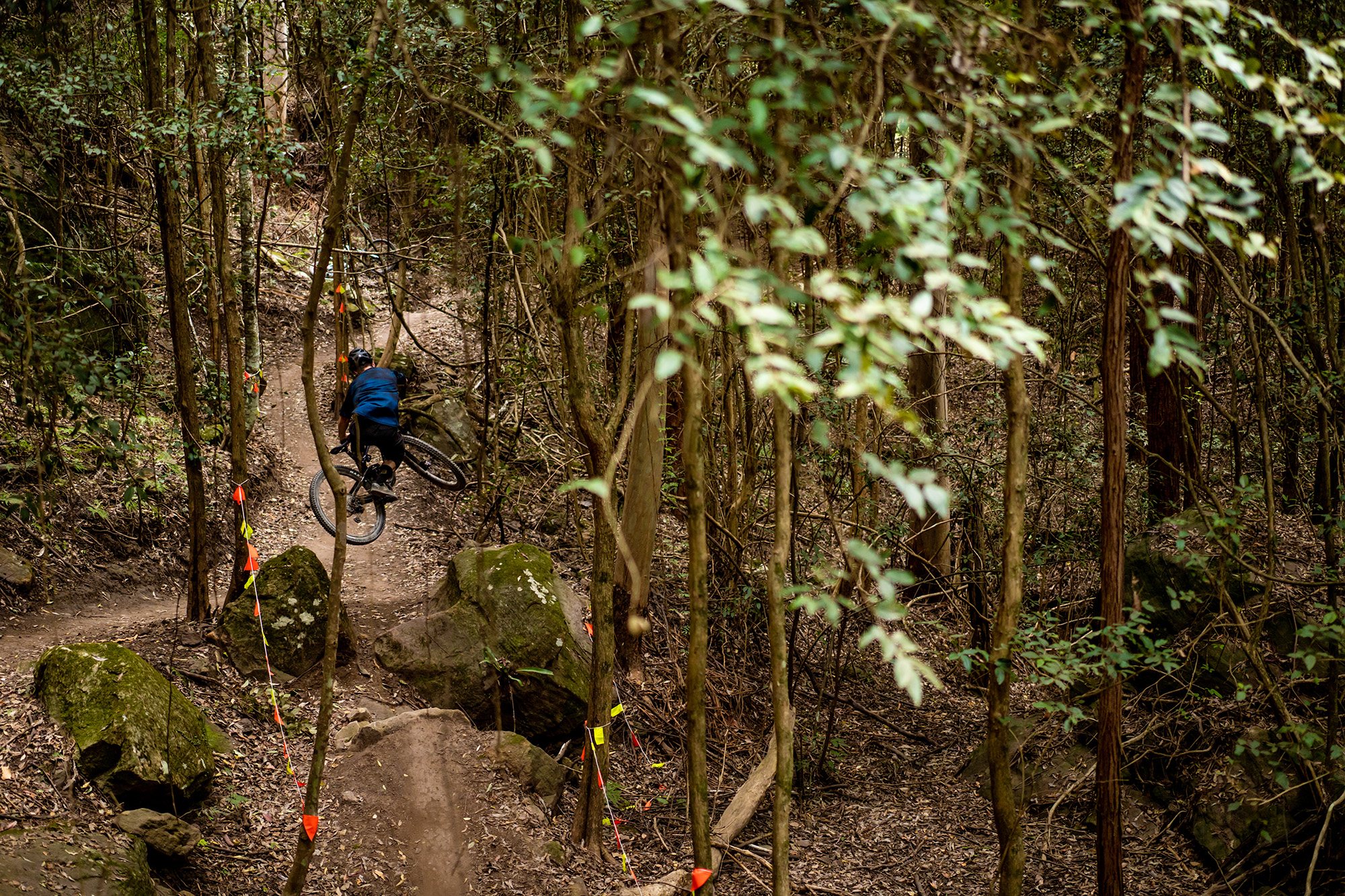 This is the first time Giant have featured an integrated storage compartment which is accessed via a removable window in the bikes downtube. Is it a handy new addition?

Absolutely! Giant have developed a clean and simple latch design which opens up to a generous sized storage compartment and the bike also comes stock with a custom made water-resistant bag inside which protects your gear and keeps it organised. Not surprisingly the concept of incorporating storage into the downtube is growing like a wildfire within the industry and on me too. The first few bikes that I had with a respective version, I didn’t use it a whole lot to be honest. Bits and pieces still ended up in my pocket or forgotten about and left at home all together. As time has gone on though it has become second nature to utilise this space effectively. Not only handy for storing tools, spares or snacks though, it has made my life much easier on a few occasions when working on internal routing!

Another new addition on the bike is adjustable frame geometry via a flip chip which is located in the Maestro suspension rocker. Tell us a bit about the 2 different settings?

Indeed Giant have done a great job of keeping their iteration of a flip chip simple and user-friendly, it’s located at the back of the rocker link with one pivot bolt and a nut with an offset threaded hole on each side of the bike. It’s a simple task to adjust the attitude of the bike in no time at all. The high position steepens the head angle, raises the bottom bracket and puts the bike into a mode focused on efficiency, ready to rip through tighter, slower single track with razor sharp handling. Flip those chips into the low setting and we slacken out the head angle to lower the bottom bracket and the whole centre of gravity, bike and rider included. This setting is aimed at faster, gnarlier terrain, slowing down the steering just enough to cope with higher speeds, putting the rider further back too, to compensate for steeper trails.

Suspension travel has been increased with the new bike which now features 130mm up front and 120mm in the rear. Does that make the bike more capable on rougher sections?

You bet. To see the bike in action, if you haven’t already, we shot a video review of this bike which is live right now over on our YouTube page – you’ll see right away that the Trance is not your average 120/130mm travel rig! The small travel increase, coupled with the stiffer frame for ‘22 boosts the rider’s confidence like never before. Giant have been working hand in hand with Fox suspension for years now too, this shows with the shock and fork tunes that are super supportive, tailor made for the Meastro linkage design.

I have genuinely been blown away by what this seemingly short travel bike has been capable of!

As we’ve mentioned earlier, the bike that we’ve been testing is the ‘Trance 1’ which is the middle of the three complete spec levels. One of the things that makes this particular bike super special is that it’s equipped with Fox’s electronically controlled Live Valve suspension system. How does the system work and how does it affect the way the bike performs out on the trail?

In my mind Fox’s Live Valve suspension is a true engineering masterpiece. It utilises 3 sensors located at the fork, the frame and the bike’s rear end and the system is able to analyse the terrain and adapts the suspension dampeners accordingly within the riders preselected parameters. It is an incredibly advanced system, however all the hard work has been done for you and the end result is incredibly user friendly. The goal of the system is to reduce the gap between efficiency and compliance, you can have your suspension in a stiffer setting while the trail is smooth and as soon as the sensors (the sensors are taking readings 1000 times per second) detect an impact worthy of making the suspension softer, they will do just that. This is of course completely customisable both on the bike via the controller under the top tube, or on the Bluetooth Fox Live Valve app on your smartphone.

Giant are offering the new Trance Advanced in 3 different spec levels with pricing starting at $6699. The model that we’ve been riding is the mid-spec ‘Trance 1’ which retails for $8699. In terms of value for money how does it stack up and how does it compare to similar options from other brands?

For as long as we can remember Giant have always been leaders in the value for money category, while they do face stiff competition from direct-to-consumer brands these days, the Trance 1 that we have been sampling is a great overall package for the money. It is easy to get wrapped up simply comparing the parts spec and directly putting the value of a bike to that. However, the performance of a mountain bike goes far deeper than what groupset or cockpit is on there. That being said, for the money there is nothing I have felt the need to change up to this point on the bike, but the bigger point for me here is the performance and fun value that this bike brings to the table, particularly over previous Trance year models and other bikes that we have ridden in this category in the last few years. 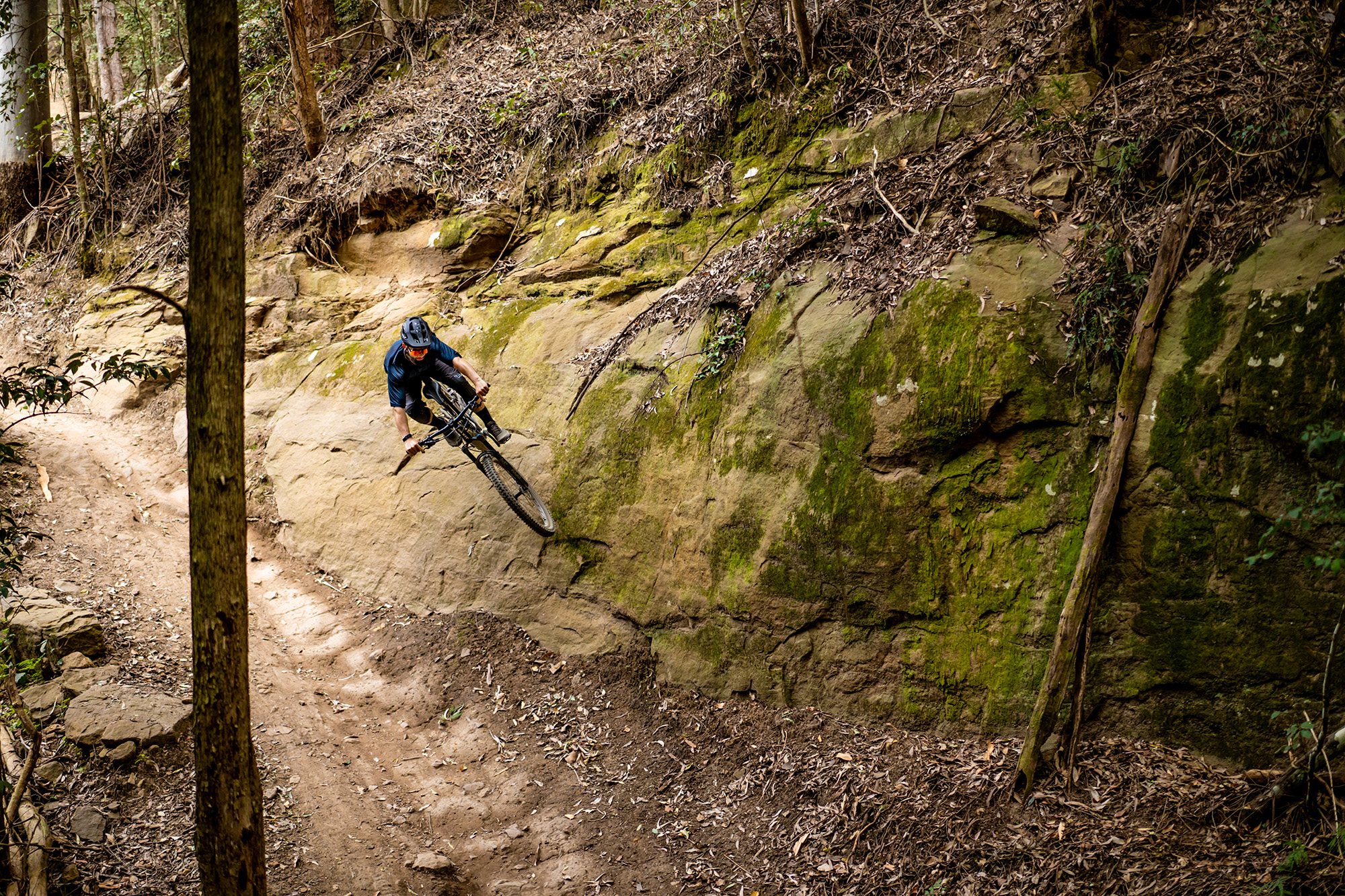 Let’s check out Trance line up which is be offered here in Oz: