The making of our last cover // Born To Be Wild 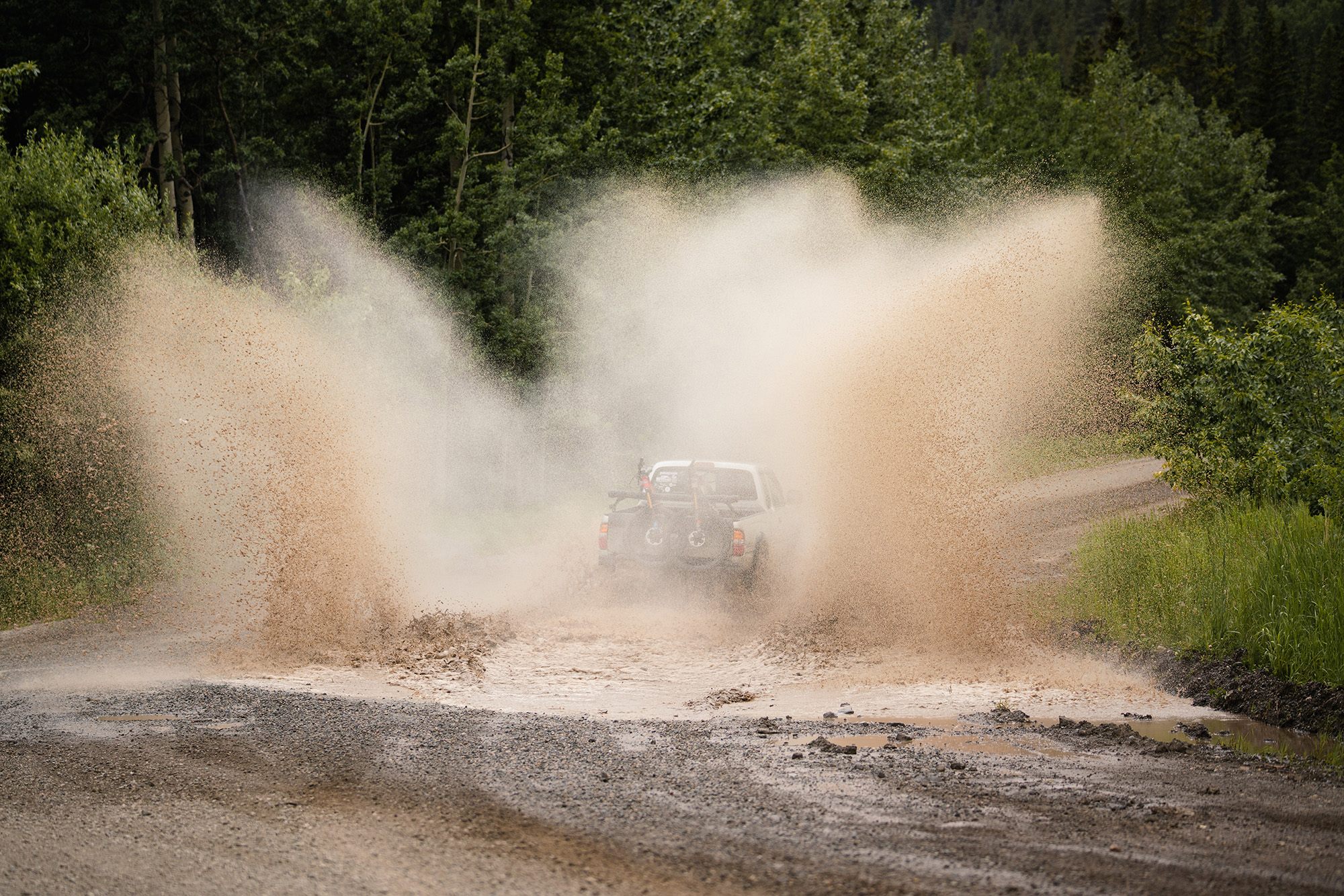 Perhaps more so than any of our editions before (and that’s a tall order) last issue’s cover generated a ton of fan feedback.

It would seem a lot of you guys loved the photo of that 4×4 with a pair of bikes hanging off the back blazing through a mega mud puddle all the while with a subtle set of horns getting thrown in for good mix.

With so many questions about ‘the photo’ left unanswered we reached out to the talented photographer whom captured the pic, who goes by the name of David Tronnes, and we fired away with some of your questions…

Was this epic photo captured as part of a planned shoot or was it just a spontaneous idea to shoot a pic whilst you were out doing runs with your buddies?
It was mostly spontaneous! Danny called me the night before going out to see if I was interested in joining him and Wilson for a ride. I had been wanting to shoot some photos of them for a while so it worked perfectly to bring my camera gear along. I didn’t have any specific ‘shots’ that I was hoping to capture that day though. I noticed the puddle on the way up the shuttle road and thought it would make for a cool photo so we drove back up to it after we’d done riding and we gave it a ‘go!

How big was the puddle? It looks like a lake!
It was pretty big for sure! It took up most of the corner on the road, although I wasn’t expecting just how high the water would spray when he went through it!

Was the driver nervous the first time he went into it full gas?
Danny (the driver) never gets nervous about anything, ever! haha. He’s pretty easy to convince into doing crazy or scary things. He did take it a little slow the first run through just to see how deep it was but after that he went full speed.

Was this a one-shot-and-done type affair or did you lads give it multiple goes?
They drove through it a few times. The last shot I took had Wilson’s hand out the window which I didn’t notice until after I shot it. Seemed like it was perfectly fitting and really made the shot. It was an awesome way to bring the day to an end.

What sort of ute (truck) and what were the bikes that appear in the shot?
He has a 2004 Toyota Tacoma with a homemade bumper on it, and they both have Pivot Firebirds, a 29er and 27.5.

And finally, were you and the boys stoked to see the photo be selected for the [R]evolution front cover?
It’s absolutely amazing. I found it a little hard to believe when the request came through asking to run the shot and then when I saw the cover all laid out it looked so good. Also, Danny really loves his truck so it’s just really special all around. Super stoked!!