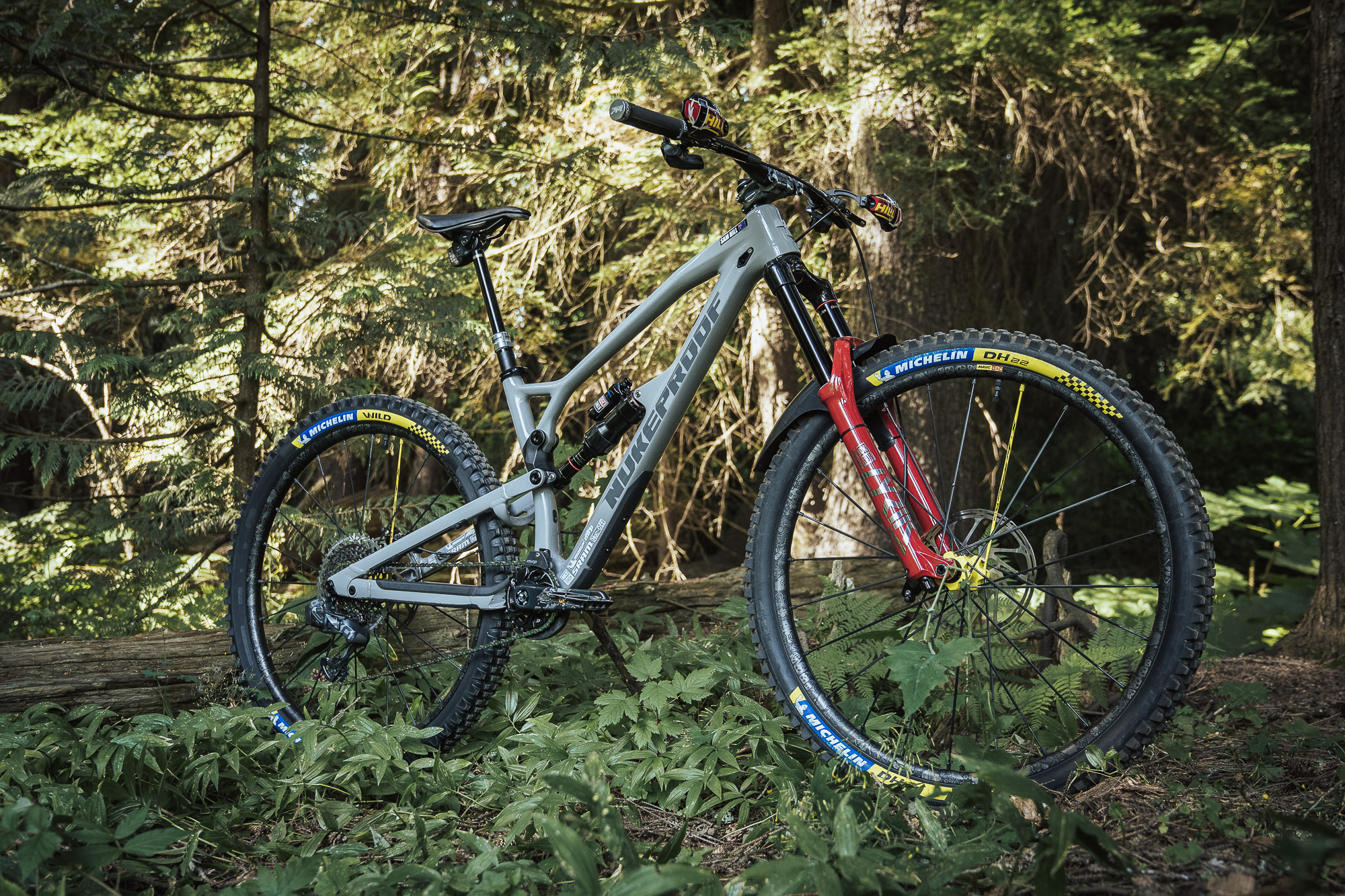 2019 proved to be another massive year for Sam. He won his third EWS series title in a row and at the same time rewrote history books as the first man ever to achieve an EWS 3-peat.

However the season didn’t come without its adversities as Sam battled a string of illnesses at the opening rounds. This left his way out of contention for the overall by the midway point of the season and it was looking near impossible that he’s be able to defend his title. Never write Sam Hill off though. He put on a masterclass throughout the second half of the year and clawed his way back up the leader board with set-up a dramatic showdown in the last race of the year in Zermatt, where Sam took care of business and finished the day by raising his Nukeproof Mega 290c above his head on the top step of the podium. So we thought it was only fitting that we took at closer look at Sam’s latest weapon of choice and his long time mechanic, Jacy, was more than happy to give us some insight into how the ‘Champ set-ups his new big wheeled machine.

[R]: Was it a big deal for the team when Sam decided to change bikes mid-season and make the switch across from 27.5” wheels to 29”?

Jacy: We were prepared and had been working towards making the switch for a while. Sam ended up making the change to 29” wheels just before EWS Round 3 in Madeira. He had been riding the bigger wheels on and off during the off season so we were relatively prepared for the switch but it still took a couple of days before the Madeira EWS to get the bike to a good base setup.

How much testing had Sam done on the Mega 290c before he decided to make the switch for racing?

Sam had been riding a 290 Mega on and off during the offseason before the 19’ season and after the first two races he focused on riding the two wheel sizes back to back, in the long run the 29” wheels won out. Obviously, there was a bit of a learning curve when it came to the bigger wheels but we worked thru it and it paid off in the long run. 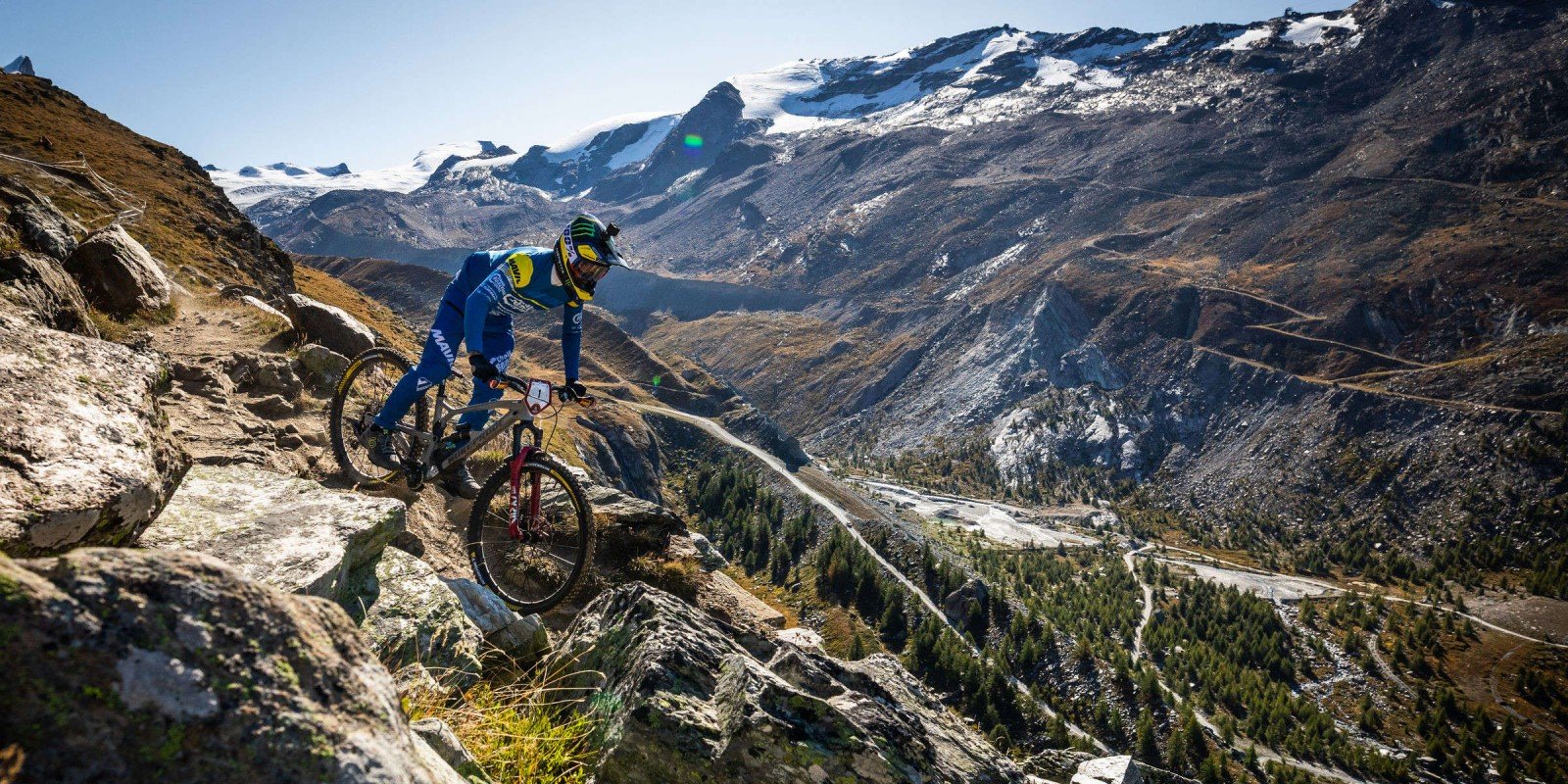 No doubt last season was a tough one for Sam, having battled illnesses during those early races, by the midpoint of the season he was way down the leader’s board and was facing a nearly impossible challenge to climb back into title contention. Did that play into the decision at all to make the swap to the 29’er?

That’s the thing about a full season of Enduro racing. The EWS season is 8 races long and has a large diversity of racetracks. I wouldn’t say that he was facing a nearly impossible challenge when it came to getting himself back up in the title hunt. Not only do you have to be fast, but you need to be consistent and know your limits so that you can save your body and your bike at each event. He’s really good at knowing how hard to push at each race and each stage. I think that the switch to the 290 Mega came about because he wanted to mix it up and give himself a bit change in the series.

Obviously against the clock the 29’er was quicker down a trail however did Sam feel that there were any trade-offs that he had to make in terms of how the bigger wheeled bike handled whilst he was riding?

I think the one thing had took a lot of time was learning how far he could push the bigger wheels. The potential of the bigger wheels is what seemed to be the most appealing when he made the change. We had worked hard to get the 275 Mega working as well as we could and felt that we had reached its full potential so the 290 Mega gave us new limits to try and reach.

Travel and geometry wise how much different is the Nukeproof Mega 290c compared to his old Mega 275?

Did Sam change frame sizes when he made the switch to the 29?

No. Still on a size Medium.

The other big change Sam made last year to his set-up was switching to SRAM’s wireless AXS drivetrain and dropper. Interestingly though Sam didn’t make the change as soon as AXS was realised instead he stayed with a mechanical set-up a while. What ended up triggering you guys to make the switch?

Sam used the AXS post before he used the drivetrain and immediately liked how it worked. Not only is it smooth and reliable but the remote is so easy to use that he felt that it saved him energy during the course of an EWS event.  When it came to the drivetrain we  just waited for plenty of time to be spent on it  by other athletes that are in the SRAM family. When the guys in the SRAM race department were ok with it we put it on his race bike and haven’t looked back.

Reliability and durability is everything when it comes to an enduro bike, you need to make sure it’s going to stand the rigors of a full race weekend. That being the case, Sam must have had a lot of confidence in AXS before he put it on his race bike, yeah?

Sure, it’s true that durability and reliability are super important when it comes to EWS racing and we paid close attention to the setup when we first started using it but he was able to spend time on it at home before we raced on it which i think was important.

As a mechanic are you loving the fact that you don’t have to mess around with all those gear and dropper post cables anymore?

Haha yes, the best part of the AXS setup is the amount of time that had been reduced on a bike build. Its amazing how quickly the bike goes together when your not routing housing and cables, especially with how popular internal frame routing has become.

Sam races Michelin tyres and at the final race of the year in Zermatt he opted for a set of Michelin DH 22’s. Were those his ‘go to’ model this season or would he mix it up from track to track?

he Michelin DH22 was definitely his tire of choice for the majority of the races. It handles a wide variety of terrain and conditions which makes it one of his favorites. He also raced on the Wild Enduro’s and Mud’s.

Does Sam use tyre inserts?

We don’t usually use inserts but we did play with the Nukeproof ARD setup a bit last year.

Are there any custom parts of Sam’s bike? 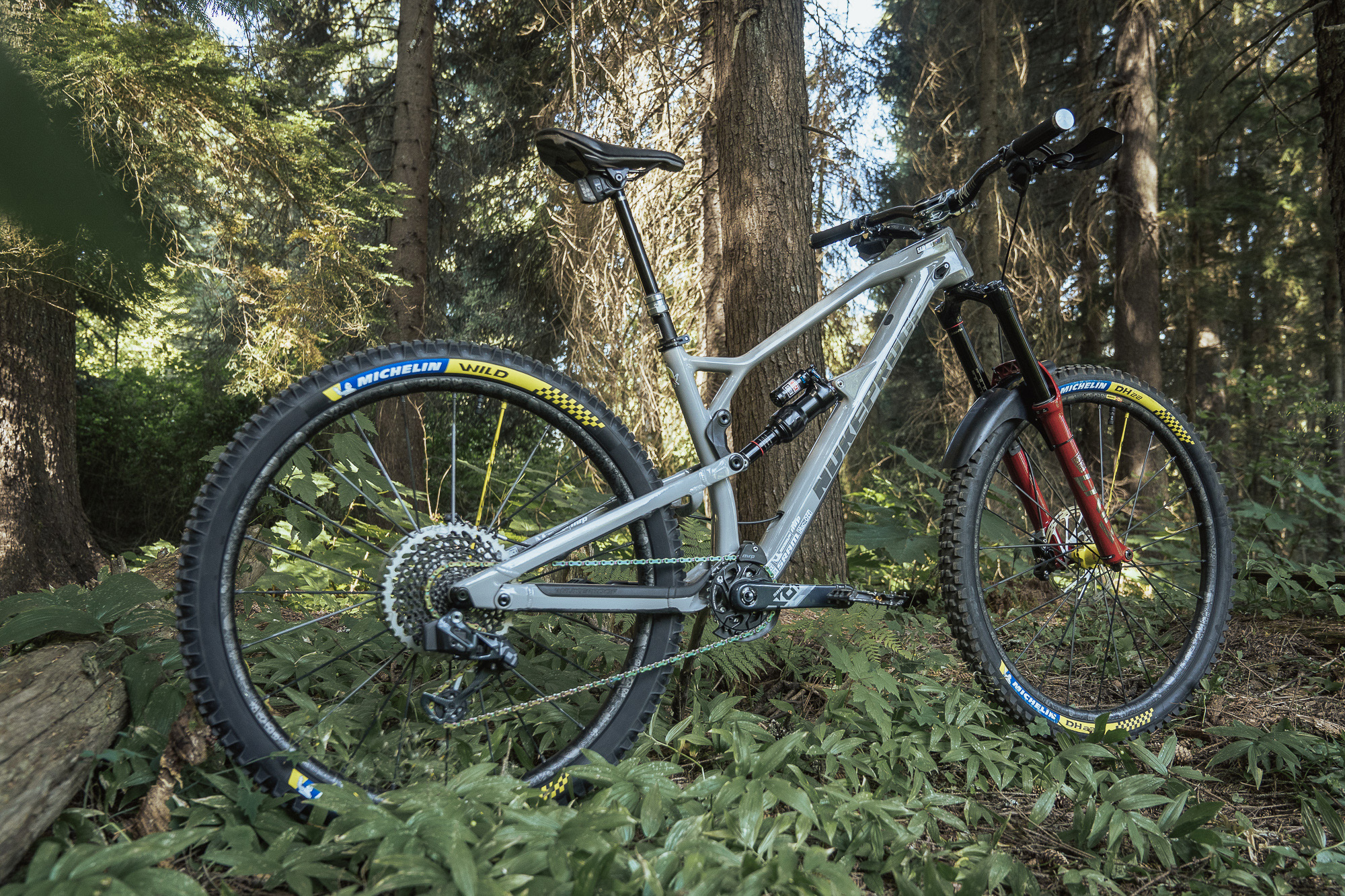