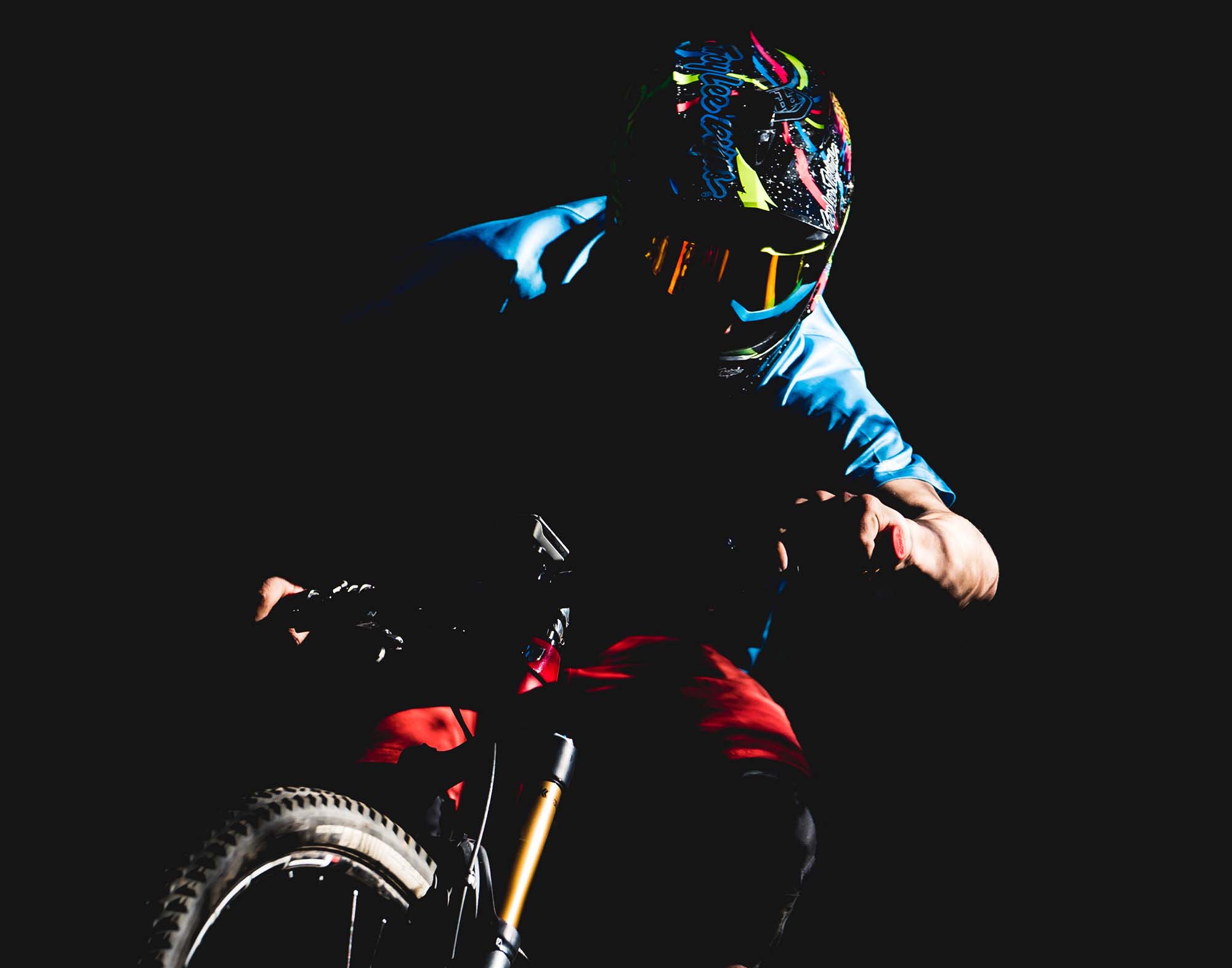 Behind the Cover shot: Revolution V48

We’re more than a little stoked on the cover of our latest issue, and lets just say that photobro Matt Staggs was over the moon when we handed him a copy at the recent MTBA Gravity Enduro National Championships. We pulled him away from his lenses and edit suite for a moment to get the lowdown on what went down to make this epic piece of photographic genius with shredder Harry Dobrowolski….

I can’t deny I have a pretty good memory when it comes to what photos I take. This particular shot was taken on Thursday, July 20, just one week before I was heading off to the land of the maple for a month of riding (and shooting, of course). To be honest, I had only sent Blake Nielsen a text at 7pm the night before, then messaged Harry Dobrowolski and hour or two later. With that locked in, we set out for an early light shoot at Mount Riverview in the lower Blue Mountains. I jumped on a 5am train out there to make the most of the short sunrise during winter.

At this point in time, I was feeling a slight lack of creativity with my work. I just wanted to make something different that would hopefully stand out from the ordinary and not just be another photo on the Instagram feed. It’s not a completely new idea with a shot, there have been a few floating around in the months prior but they weren’t completely black. I had always thought of trying it out myself when I finally locked it in my mind that it was something I must achieve that morning. I wouldn’t go home happy without it.

Rolling into Blaxland station I jumped out and waited for Blake to pick me up – late as any normal mountain biker is. A short cruise down the the trail head and the light was beaming through the trees. We got straight into shooting and I couldn’t stop looking for a dark section of trail with one patch of sun like a spotlight. Then Jon Gatt showed up, the fastest, loosest, and crispest bloke from Mount Druitt (don’t go there kids). The first straight seemed to be what I was looking for, but as soon as I took the shot, it was obvious it wasn’t going to happen there. Just 100m further down the trail came a small rock kicker with a gap in the trees – perfectly aligned to where the riders will be mid air and I knew it was here or nowhere.

With one test shot of all three riders in the bag, we we’re laughing. Take 2 and Harry is first, nailed it. I didn’t even want to re-try as I reviewed the shot and Harry was positioned exactly how i had envisioned, and he was super sharp. Why try to perfect something that’s already perfect. We kept on shooting the normal banter and skids after that, I was happy and made a little detour on the way home to go buy another camera – treat yourself when you achieve something!

I wanted it to be unique. I wasn’t aiming for a cover or anything close, I just wanted something different and it certainly paid off. Shoot what would normally be underexposed to save the highlights from being blown out. This also provided the depth of black and shadows to create the vast emptiness around Harry. Nothing but a boy on his bike flying through what looks to be a void.

I was shooting with my only camera body at the time. The absolute beast and workhorse that is my Sony A7Sii – nothing comes close to the value for money when you think of such a small body so capable of both photos, and 4K video.

Honestly, it’s not something I had ever really considered yet. It was only 12 months ago that I sent an email to JT to introduce myself. I really wasn’t very confident with what I was doing back then. Thankfully I was given the opportunity to have a piece in the mag and I am extremely grateful for that. Now in just my 4th issue of providing mag work, I somehow snag the cover.

I emailed this shot over just before heading to Canada (late July) and got a response saying it had possibility. When I returned home on the 1st of September I received a call I’ll never forget, one providing some extremely cool news. It was quite hard to not tell anyone, especially going to World Champs just days later and seeing everyone who would have been just as happy as I was (and still am), I was so excited at the thought but it was always going to be better to wait until it came out.

I may not have shown my stoke, but I can sure tell you that it’s definitely alive and well. Just not fully sunk in yet, I might have to get a large print up in my room for it to prove that it’s actually real. Is there really a better birthday present than your first [R]evo cover? I think not.

Extra note, I heard a little rumour that it is also the first time that may favourite company, DHaRCO Clothing has been featured on [R]evo’s cover. For the last three years the guys at have been absolute legends to help me to get where I am today. They were the first company I ever did a shoot for and will always be #1 on my radar. In that time I have had the pleasure of running Australia’s best riding gear and wouldn’t have it any other way. I’m happy I could be a part in getting those guys on the front, it’s my way of saying thank you for everything.

You can get your hands on the new issue right here: www.revolutionmtb.com.au/shop