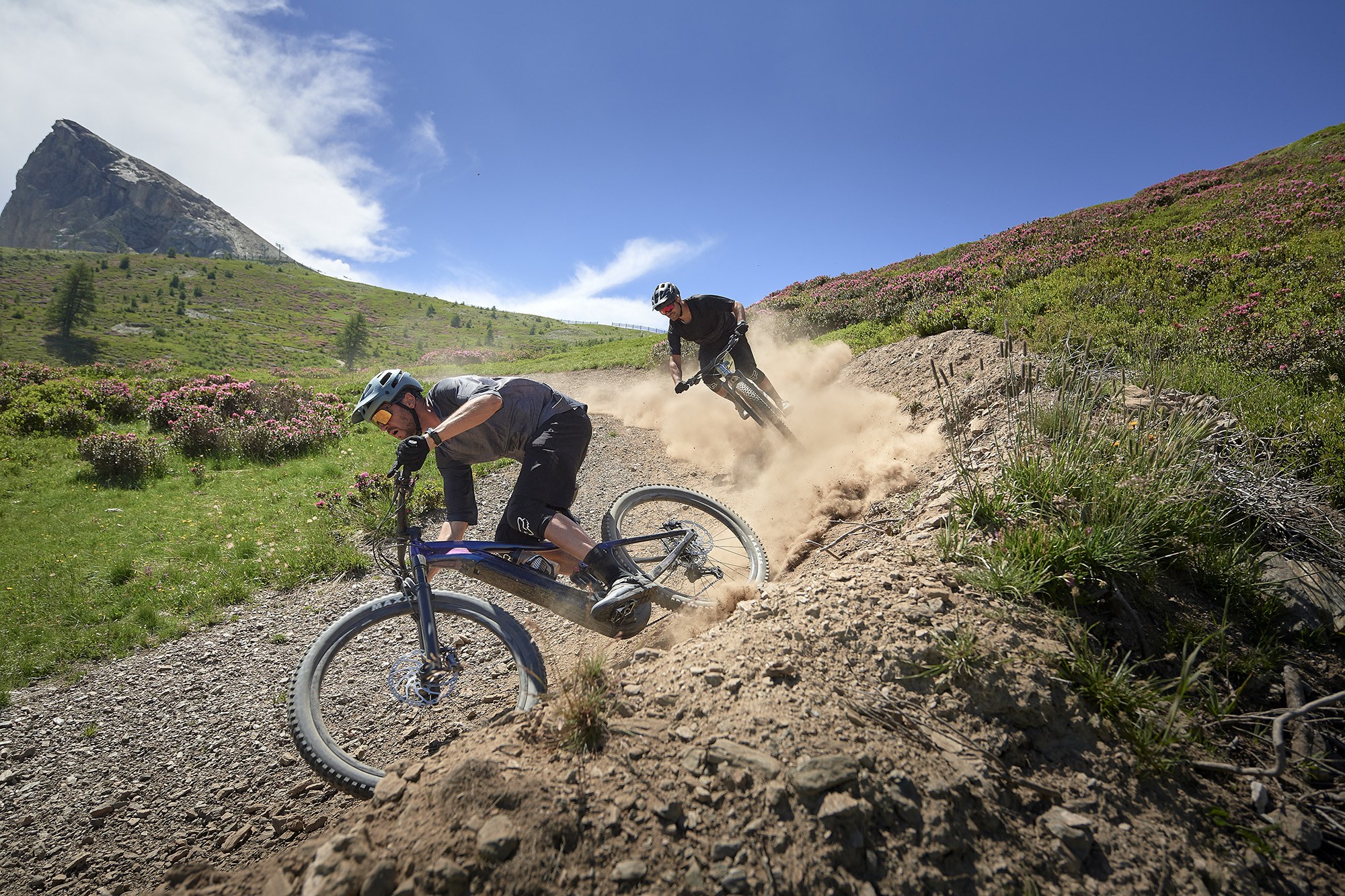 A conversation with Joost Bakker, Giant’s Global Category Manager for e-Bikes, about how he and the team brought the Trance X E+ to life.

[E]: First up, this bike makes the debut of Giant’s signature ‘X’ series being introduced into the e-MTB line-up. ‘X’ models from Giant tend to be reserved for the longer travel, burlier geometry and generally more trail hungry bikes… Tell us a bit about the DNA of the new bike?

We felt we could build a bike with greater versatility than we have even done before. Our flip-chip design and the way Maestro is built has allowed us a greater difference between the high and low setting than most and allowed us to build a bike with 2 different personalities. Basically the Trance X E+ is our do-it-all trail or one-quiver bike, but the ‘X’ in the naming indeed suggest the added capability that is especially present when you set the bike in the low mode, where BB is dropped further than before and head angle slackens out if you really want to get rough on the bike. This combination makes for incredible versatility. 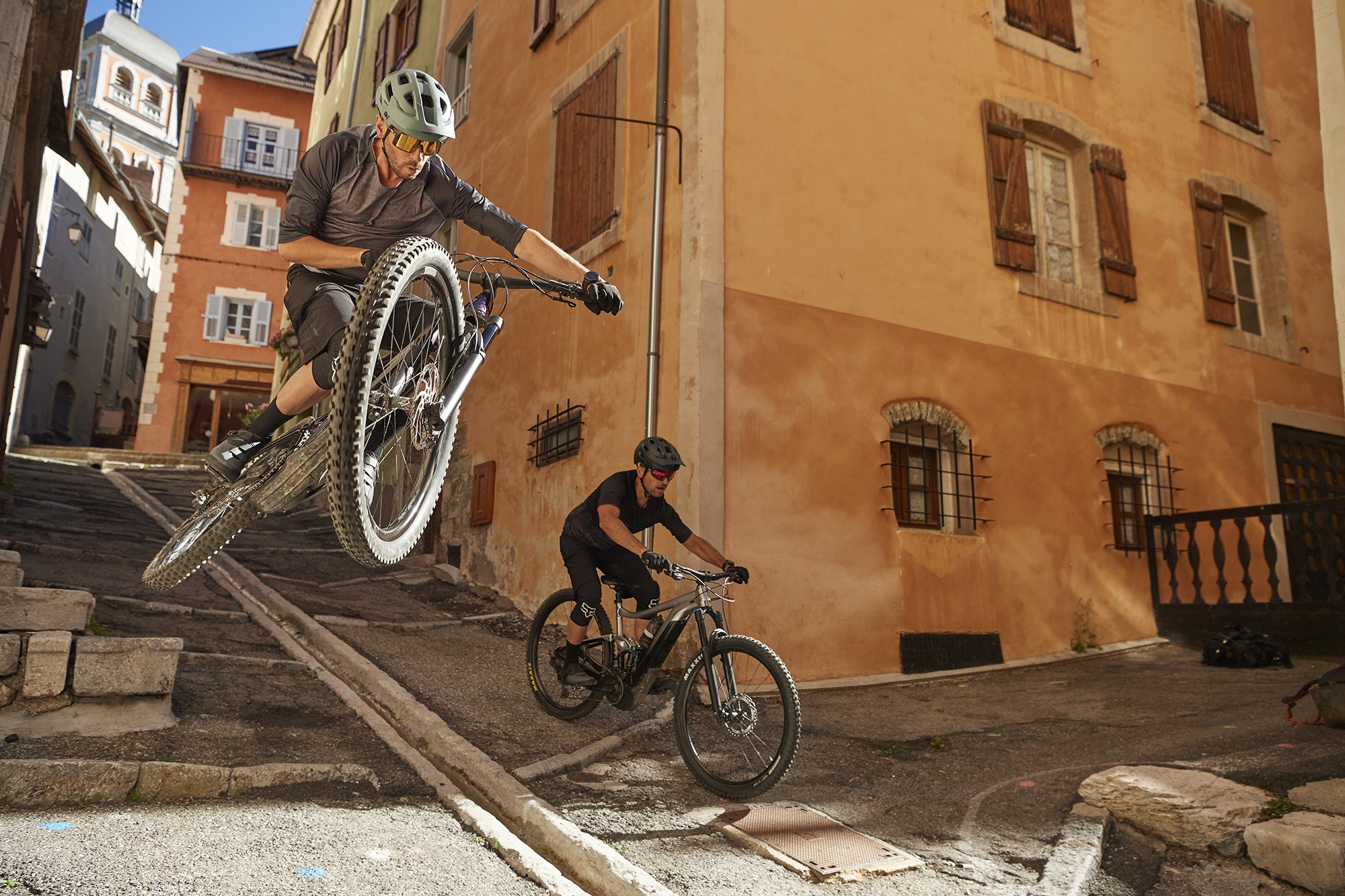 “In particular on e-bikes, perhaps more than on analog bikes, we found people use the bike for just one task or one style of riding. One day you may take your e-bike to be doing a leisurely family ride on easy fire roads, the next day you find yourself self-shuttling the local bike park.”

Whilst the Reign E+ is perfectly suited to riders that want to tackle the biggest gnarliest trails imaginable (pretty much a DH bike with a motor), what type of rider did you have in mind when you guys developed the Trance X E+?

Pretty much everybody else. The Trance X E+ is so versatile that you could in fact take it to a bike park and be fine, but it is a bike more suited to all-round trails or an all-mountain type of riding. No matter if you want a very capable bike on more relaxed, leisurely trail rides, or if you are going for epic adventures in high-alpine terrain. It’s a bike that will allow you to still keep it together when things get really rough, but also allow the rider to have maximum fun whenever the terrain is a bit more mellow. It therefore suits a rider who is using it for more than purely the DH or Enduro style steep trails and is riding more variable terrain.

This is of course the first time we’ve seen 29” wheels on a performance e-MTB from Giant, tell us about the decision to utilize the bigger wheels on the new bike?

A new rear swing-arm construction and lower link design allowed us to build it around 29” wheels without sacrificing the travel, RC length or wheelbase of the bike. Not increasing the wheelbase was leading in that decision and once we had that break-through in the design and knew that we could do that with 140mm travel, then we knew 29” wheels would give us a better bike as we would gain a lot of plow-factor without sacrificing on playfulness.

What were some of the challenge’s you guys faced in order to increase the battery ‘Wh’ (watt hours) by so much?

Two main things; Our 1st generation of this battery construction was using this strong new alloy housing, but was still using the same internal cell spacing and high-density insulation / anti-propagation material that we used when using plastic battery casings. We found out that due to the better heat dissipation of the alloy housing as well as the structural strength of the alloy housing, we could reduce some of the cell spacing inside without sacrificing the performance of the cells. Another breakthrough was a new insulation material that allowed us to reduce weight and space inside the housing even further. This led to being able to pack 25% more capacity into the same outer dimension of the alloy battery housing.

And to up the ante even more it is still possible to fit an EnergyPak Plus to this bike for even more battery range, right?

Correct. The EnergyPak Plus is in our accessory program and is the 250Wh add-on battery that will increase your capacity to 875Wh

In terms of the bike’s digital command center which is located on the left side of the bars what are the main differences between the Ride Control ‘One’ unit which comes on the Reign E+ and the new Ride Control ‘ergo’ model which we see here on the new Trance X E+?

The design, consumer features and usage are the same as the previous RideControl One. The wiring and compatibility to other components is different and therefore we felt this was a good moment to move to a new naming logic for our remotes, that will be called RideControl Ergo from now on. We updated the system to new connectors which are smaller and increased waterproofing and moved the main wireless communication unit (BLE/ANT+) to a central hub in the motor area. This is the start for us for a new wiring ‘architecture’ as we call it, and the remote naming just indicates that and makes the component compatibility more clear

Visually the new bike and the previous generation Trance E+ do share a similar silhouette. Are the two frames very different in detail though?

Yes. Although silhouette seems close as they share the familiar Giant design style and the typical Maestro configuration, the bike is having a lot of new features. Beside the mentioned rear swing arm, the Trance X E+ 29 is using a lot of the features as seen previously on the Reign E+ like the magnetic rubber flap between battery and motor protector, the simple T25 lock with over-torque protection, the better waterproofing and more sturdy motor protector, cable routing through the lower link, which effectively eliminates cable rub and the need for zip-ties in this area. Lastly, we have updated the seat tube and rocker design to allow much more insertion depth for dropper posts so that most people could use a 170mm dropper, although the M-size will come with a 150mm to accommodate the smaller M-sized riders.

The adjustable geometry via a Flip Chip is an awesome new feature on the bike. The first thing I did when I got the bike was drop it into the ‘low’ position and I couldn’t believe how simple that process was – literally just undo a pair of 5mm bolts and BAM it’s ready to go. Whilst I was doing that though I notice that the rock link is actually offset to one side – can you tell us a bit about why that is and how it works?

Yes. Not just the rocker link but the entire shock is placed at an offset. We do this on more bikes but it is definitely a bit more noticeable when you see the Trance X E+ from behind or straight above. The offset shock just gives us a little bit more clearance between the chain ring and the shock mounting hardware, as well as to the rear shift cable that runs quite closely past this. If the related parts are designed to deal with this properly, then there is not really any reason why the shock should be perfectly centered and it just gives us a bit more room for mounting hardware, preventing chains getting stuck and make shock replacements or other service jobs a lot more pleasant. 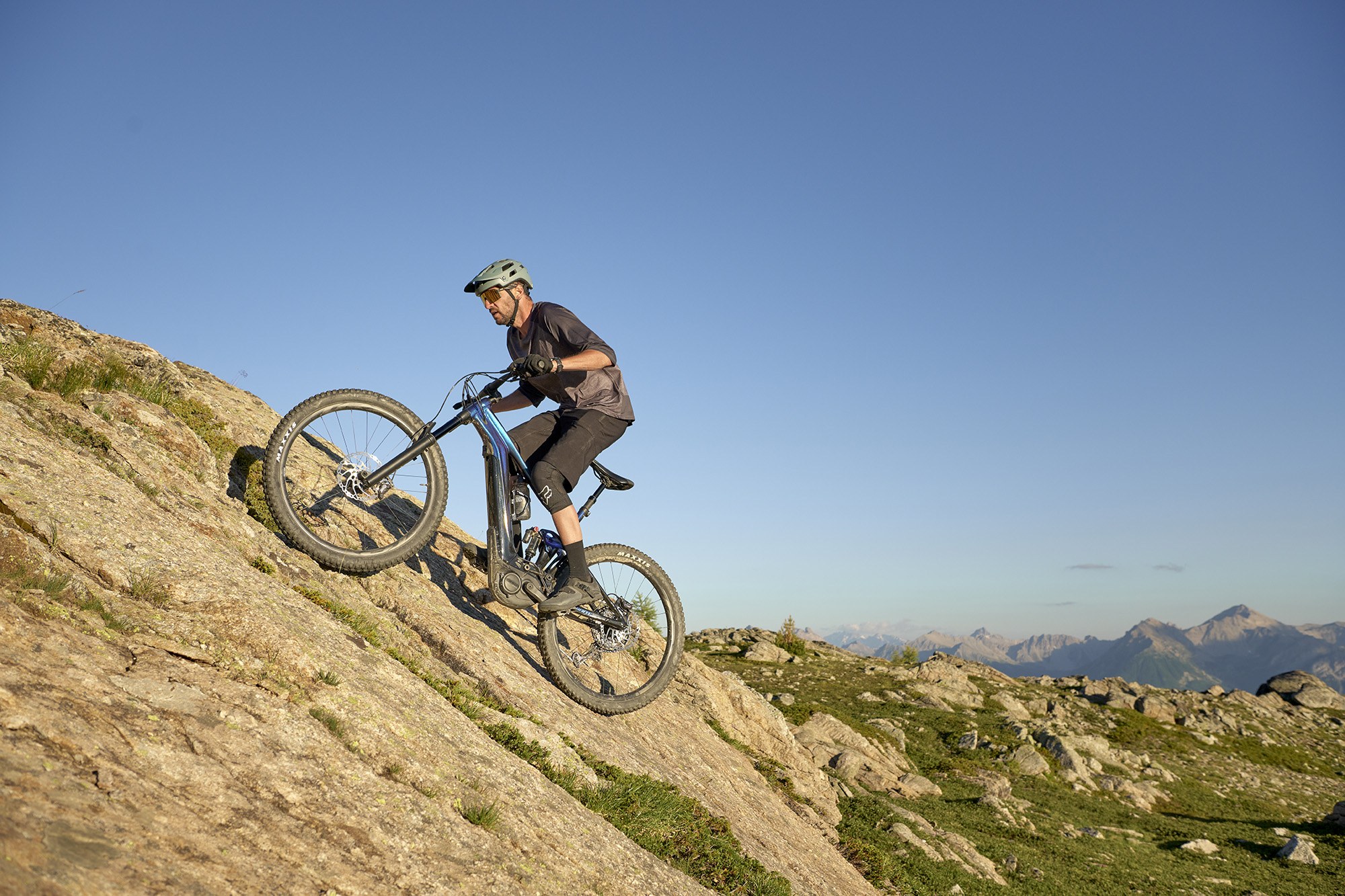 Last question, would it be cheeky of us to ask if we cross our fingers and hope for a carbon version of this bad boy of the Reign E+ at some point in the near future?

It never hurts to ask right! Haha. We are always working on what’s next and a carbon option is one of our considerations. [R]