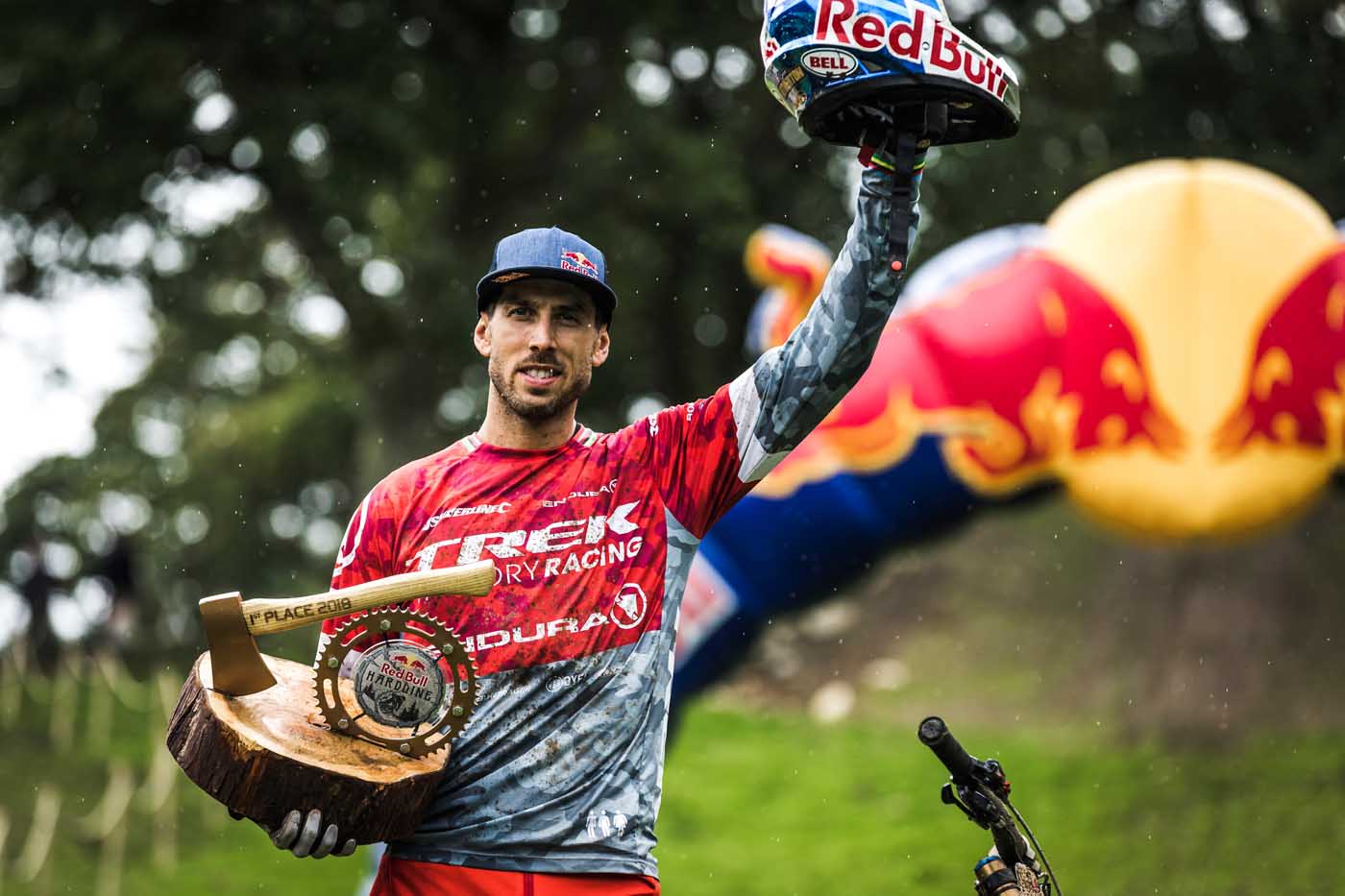 Two-time world champion Gee Atherton followed on from his back on form ways at the end of the World Cup Season clinching the fifth edition of Red Bull Hardline for the first time in his seemingly endless and illustrious career.

The local rider came out on top against fellow British riders Bernard Kerr and Charlie Hatton in front of 3000 fans in the hills of Dyfi Valley in mid-Wales. It’s become known as the toughest downhill event in the calendar, and definitely packing the biggest jumps! Built by Gee’s brother Dan Atherton, the mountain combines tricky technical downhill features, huge fest-style jumps, giant slab rolls and tight wooded sections.  The iconic Road Gap jump has a distance of 55 ft to cover. The Final Fly Off, which is the biggest jump ever at Red Bull Hardline, sees riders travel 65 ft as they haul arse towards the finish line. Add rain into the mix and lets just say that is was wild…

Twenty riders took to the start line for qualifying in wet conditions. The weather and the long technical course proved difficult for some riders to handle with last year’s winner Craig Evans, Adam Brayton and Brendan Fairclough all failing to qualify for the final. Maybe Brendog’s Audinines sessions the weekend before had him upside down more often than scrubbing.

Gee, who was fastest in qualifying, won the race on the final run of the day with a time of 3:07:13, pushing Kerr and Hatton into second and third positions.

“Hardline is tough, the guys all pushed really hard. I didn’t look at the times before I went down for my final run, I knew the track was drying so just chilled at the top and waited. The first section was good but I was getting tired and fatigued but I sent it off the road gap with no feet clipped in, went into the turn and just push on into the wood. I felt good at the end of the season, had some great results but I’ve had my heart set on this for so long. I’m so happy.”

Josh Bryceland back agaist the clock…

Riders convene on the take-off of a jump at Redbull Hardline September 2018, Dinas Mawddwy, Wales.