Standards. A word which habitually pops up in our beautiful industry, new standards, old standards, it’s a constant evolution. Some products follow or comply with a standard, some set the standard but very rarely, a piece of equipment is introduced and it IS the standard. This Modern Icon set the standard 25 years ago and continues to be ‘the’ standard for reliable and efficient power transfer and accurate and predictable foot placement. Need to up your game? You need the Shimano SPD pedal.

At Revolution HQ, we often discuss the merits and demerits of what is and what isn’t, a Modern Icon, with many products falling by the trailside as we explore their status. But this one, when we decided on it, just hit us as being one of the grand daddies of them all, something so divisive in the way we efficiently devour trail, that it often makes the difference between going the distance and cleaning a section, up or down. For something to be so widely used across all disciplines, copied, relied upon and generally abused, cements its iconic classification and makes it a piece of engineering history. Not many single products can claim that. 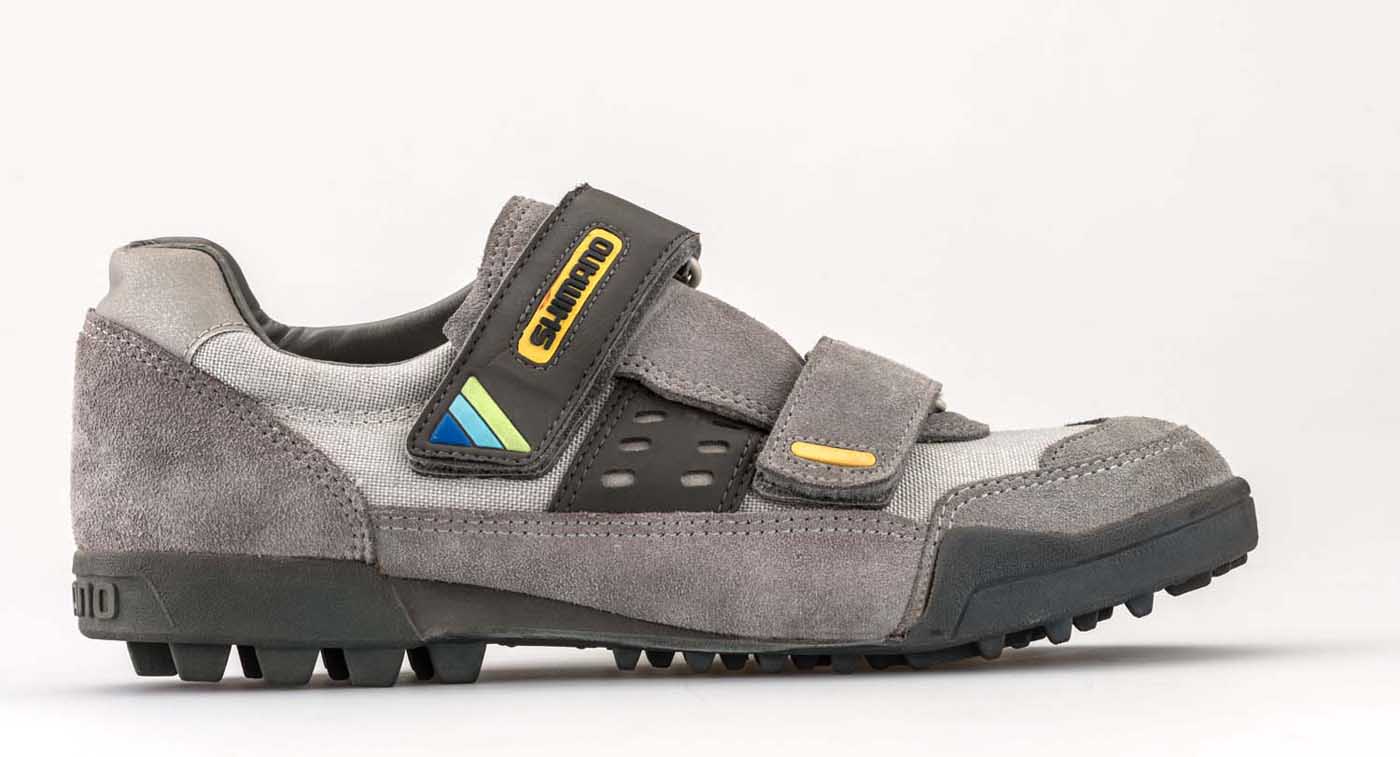 Prior to the SPD pedal, mountain bike riders had the choice of running flat, BMX style pedals or pedals with clips and straps attached. While the former still has a following and still is a valid contender in the international racing scene in the right hands (or foot), the old clips and straps were much more suited to road cycling and were never in a position to take on the evolution that riding has been through in the last 25 years.

The term ‘clipless pedals’ can be confusing when describing them to non cyclists, as the ‘Clipless’ term refers to the pedals not having clips and straps, which traditionally a rider would fit their chosen footwear into. Clipless pedals, also called clip in pedals, feature a locking mechanism built into the pedal and a cleat fitted to a purposely made shoe. This combination allows the rider to freely clip in and out of the pedal and provides a firm solid connection to the bike via its drivetrain.

Shimano didn’t actually invent the clipless pedal, surprisingly that accolade is credited to Charles Hanson, who came up with the idea in 1895. Various designs, all road focused but never widely adopted, developed with nothing really showing promise until the 70’s and 80’s when Cinelli and LOOK started making pedals. These pedals employed a large, often plastic clip or cleat which protruded from the base of the shoe and engaged in a chunky, often unforgiving single sided pedal. Again, purely road focused with limited release and poor off bike compatibility, this type of design was not suited to the fast emerging sport of mountain biking.

Shimano took a different course with their design when they created their now classic Shimano Pedal Dynamics, or more commonly known SPD system. Shimano used a small steel cleat, sank into the tread of the shoe, making a shoe that could now easily be used for walking through tech sections and also made walking easy when off the bike. The cleat clipped into a twin sided clipped pedal which also had no protrusions. This made a neat interface when connected and gave a relatively low stack height between pedal and shoe.

There are several advantages of the clipless pedal. When first moving from flat pedals to clipless there is an immediate and noticeable difference to power and efficiency, being able to transfer power through the dead spot and even gaining power on the up stroke as the cranks rotate. But as with any new skill, there is a learning curve. The curve starts with comical slow motion falls to the side after stopping and forgetting you are clipped in, but when you’ve got used to the release technique the benefits shine through.

As you grow more proficient in their use, the SPD gives an almost organic connection to the bike and trail, keeping the rider secured on the bike without risk of being bounced off the pedals in rough sections. In doing this, riding clipless, with practise allows the rider to ride much ‘lighter’ over rough terrain, keep cadence in rough climbs and stay firmly attached when putting some air between the ground and your tyres!

Shimano’s first shoe and clipless pedal combination started with the PD-M737 pedal along with the M100 shoe which were production items for their 1990 XT group-set. Since that first production model, Shimano have developed the SPD into a full range of models covering all rider user groups, price ranges and genres.

Although the SPD pedal has gone through considerable changes including increased float, better mud clearance, thinner pedal stack heights and lighter weight on the higher end models, the SPD cleat remains relatively unchanged. The cleat consists of two models, single release (only releasing from the heel turning outward) and multiple release (releasing turning inward or outward), although I must confess that I’ve not seen a single release model for years.

Along with all the benefits of SPD’s, the clips V flats debate is still raging, with flats still being represented in the more extreme ends of the sport and still contested by Hill, Fearon etc on the WC circuit. Flats still have a place, I still have a bike set up with flats as I reckon they keep your skills sharp but for more serious riding, racing and longer distance, SPD’s rule. My personal choice of the SPD is the XT Trail, combined with Shimano’s AM41 shoe, the extra cage surrounding the cleat is handy for some clipped out situations and provides an extra landing platform to slam your foot on when required. But don’t take my word for it, just go and ride.