Baxter needs no introduction; he’s well known for being one of the fastest and most creative mountain bikers to ever come out of Oz and he’s also the headline rider on the recently announced all-new Canyon CLLCTV Au team.

Next weekend’s National Championships race down at Maydena will be the first time we’ll get to see the team in action, but today we thought we’d give you a sneak peak at the bike that Baxter will be riding. This has to be one of the nicest looking Canyon Sender’s we have ever laid eyes on. And to give us some insight into how he likes to set-up up lets hand the mic over to the man himself!

[R]: Mate, starting the new year on a fresh bike (which looks amazing just quietly!) Tell us a bit about your new race bike and the new team that Canyon Au has built around you?

Being back on a team is rad! I haven’t been in a ‘team’ environment for a few years (since the good ol’ days riding for Yarra Valley Cycles) so its super exciting to have team-mates to hang out with again! Its sick to talk lines, bike set-up and share the stoke with a rad crew!

We’ve seen the Canyon ’Sender’ piloted to numerous World Cup victories under Troy and Tahnee, so clearly its performance is stella! What is it in your opinion about the bike that makes it oh so sick?

I’ve been riding the Canyon Sender since the first version (Fun fact: I was the first rider on the World Cup circuit to be riding one back in my first junior year) The new Sender has a few improvements, with bigger linkage bearings and a few other revisions. I’ve loved the adjustability of the different headset cups and rear end lengths to find the perfect balance for my riding style.

The long and short of it, the Sender does what it says on the box.

What’s your take on the whole ‘mullet’ mixed wheel size set-up? Have you tried it out on this bike or are you all about the 29” hoops for DH racing?

Yeah since the current Sender came out I’ve been riding full 29″ but recently I tried the mullet setup and haven’t looked back since. I liked it so much that I went for the mullet Spectral this year as well.

National Champs are coming up next weekend down there in Maydena. How are you feeling heading into the big race? Is your bike and mindset ready to throw it all down in that golden timed run come Sunday afternoon?

I’ve been feeling super good coming into this year’s race. I’ve been in the gym more than ever, getting plenty of bike time in and working on my setup with Nigel from NSR who has conveniently set-up shop in Maydena recently. I can’t wait to be back between the tape and feeling the energy of a big event again!

Champs always has you smiling ear to ear all week! 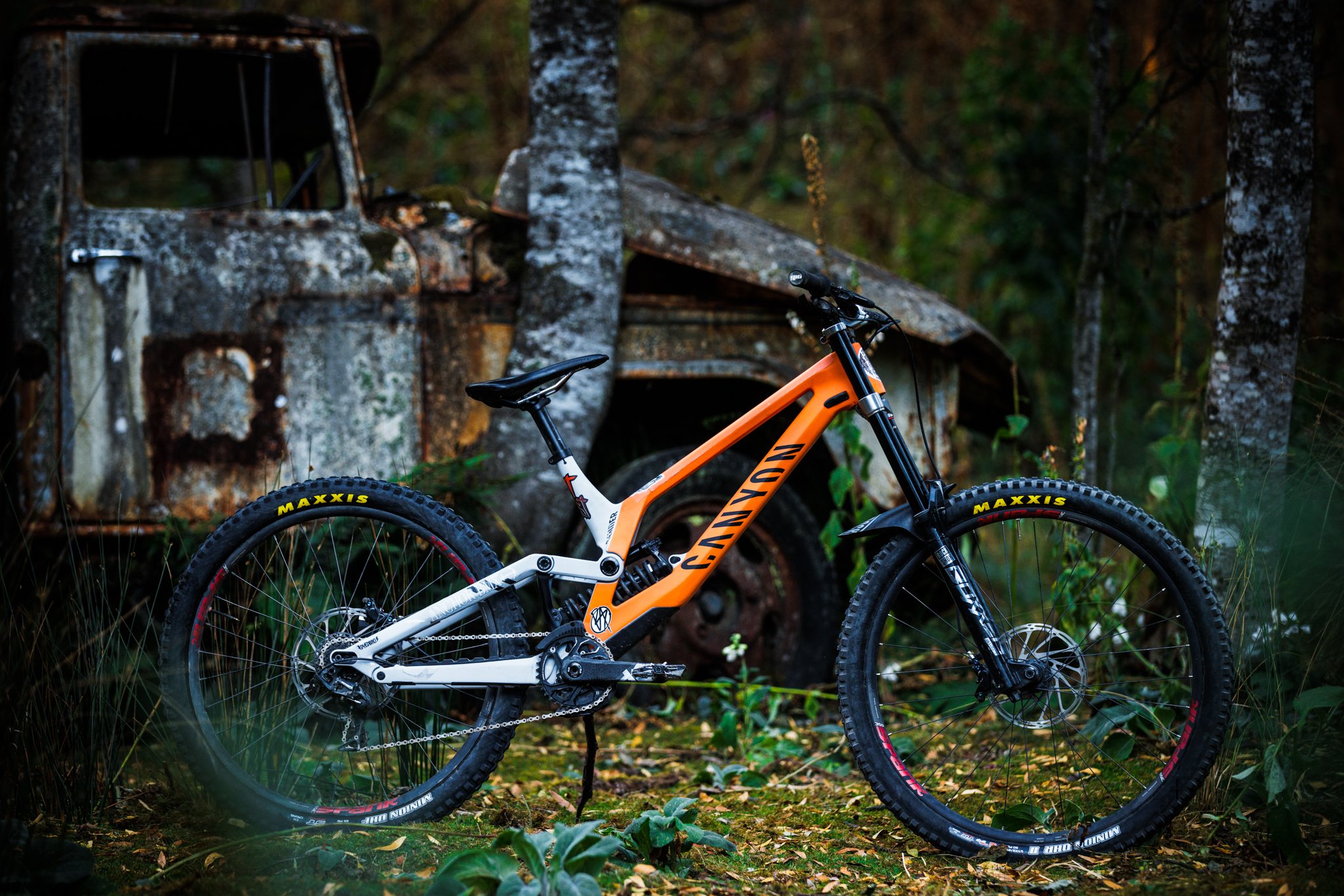