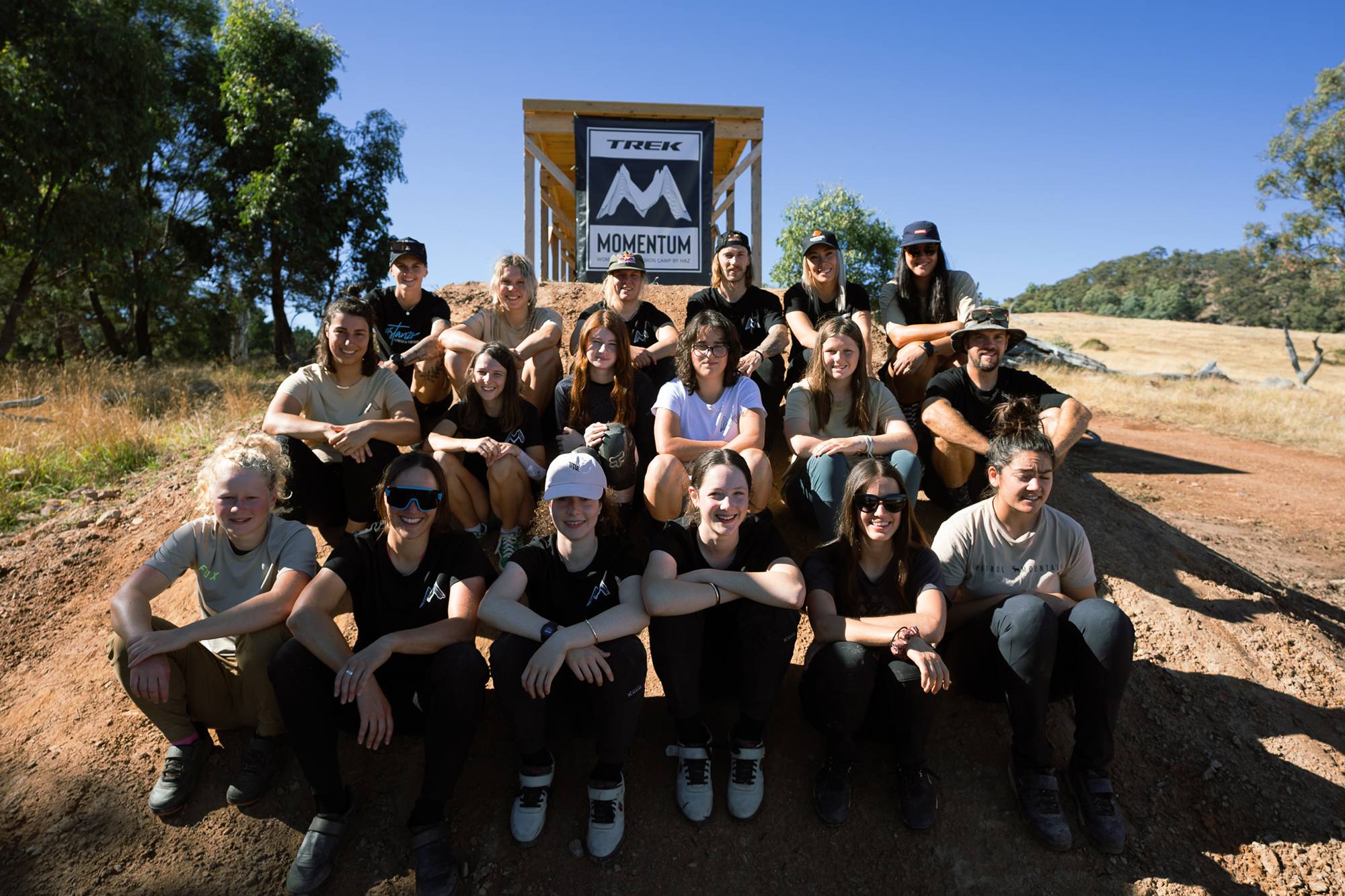 When Harriet Burbidge-Smith them with the idea of an all-women’s progression camp, Trek were all in! Introducing Trek Momentum, the first female progression camp held in Australia.

Trek Australia wanted create an environment where riders could come together and support each other through their progression. There is no denying that freeride mountain biking has been lacking females in the category for a while now. With FMB announcing their first female slopestyle this year, it seemed to be the perfect time to run Momentum in alignment for International Women’s Day.

Haz reached out to multiple people over the last few months leading up to the camp and found ten aspiring athletes to join us at Momentum. With the riders secured, they then also brought in Caroline Buchanan, Mike Ross, and Zoe Cuthbert jump on as mentors, with the exciting addition of Maddi Costanzo, a performance coach from the south coast of NSW. With the right team on board, we were ready to take these girls to the next level.

The week unfolded like this; everyone started to arrive Tuesday evening, the setting was an epic glamping spot located in Mansfield, Victoria. Ten gorgeous glamping tents with full amenities and stunning views, no distractions, and a place where the group could hang out and get to know each other. Once all our riders and athletes settled in, things go underway with an introduction and goal-setting session. 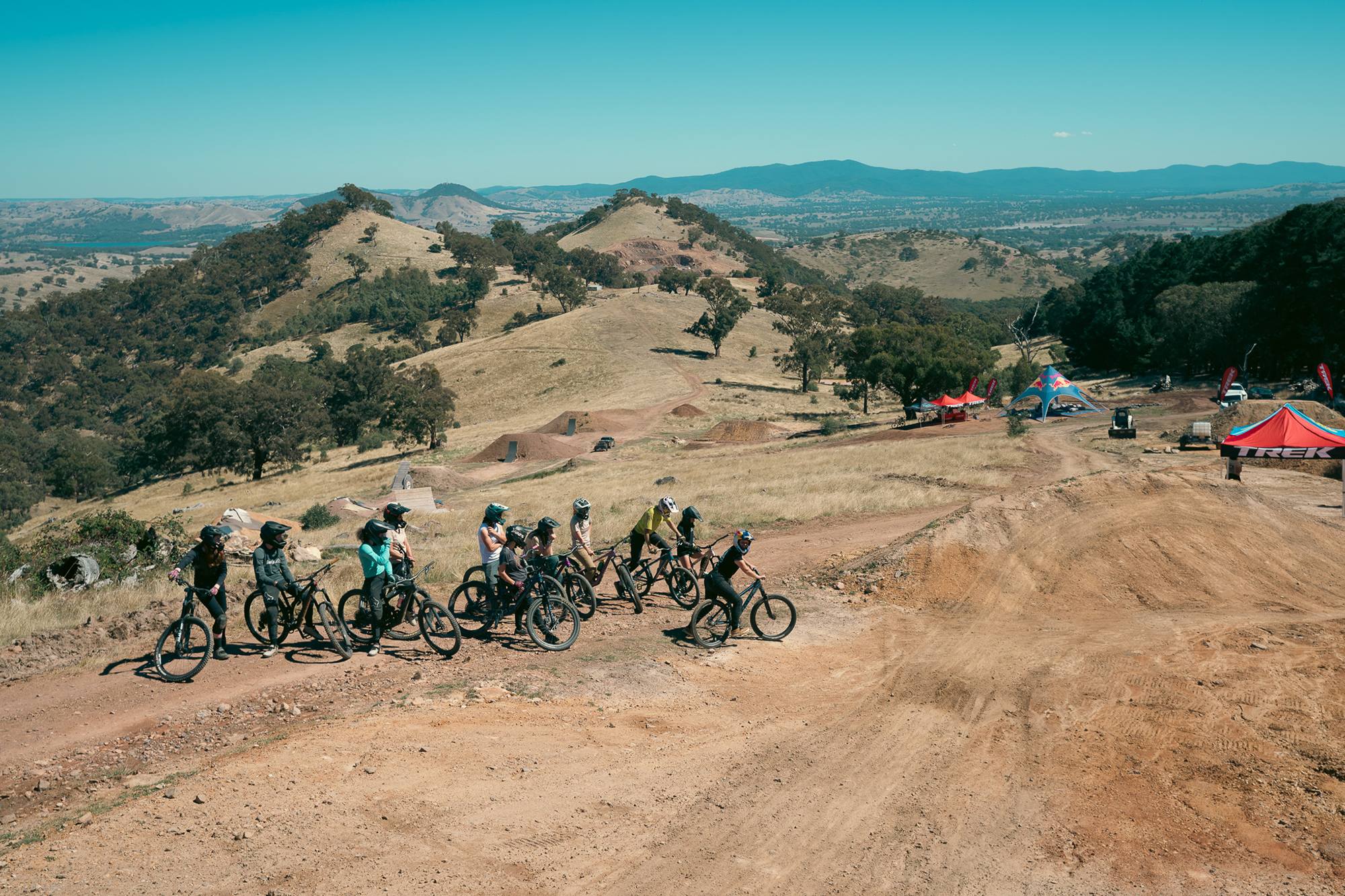 You could see a lot of nervous excitement in their faces; what was to come? What were they going to work on? As Haz, Maddi, and the team set the group up around the fire pit, they all began their first session, which gave the girls a clear direction and something to strive for throughout the week.

The morning was greeted with sunshine and a light dew that you could see across the golden paddocks surrounding the camp. You could tell everyone was keen to get riding! Highline was the ultimate spot for progression with a variety of jump line features and trails, so we made our way up the mountain to kick off the first day.

It was my first time riding the newer Slopestyle course at Highline, it will be the first stop on the Women’s FMB Tour that takes place later in the month. So, I was excited to work through the features with the riders over the next few days”

Upon arriving at Highline MTB park all of the riders began a group walkthrough of the course. Haz wanted to ensure the group saw each feature and had time to absorb what they were about to do. Haz continues saying, ” Within the first day, I started ticking off all the features, which was a great insight for me, as I could feel a bit of what the riders were feeling, and I was able to give them confidence. I could see at the beginning the group had some nerves, but it’s amazing how once a few started checking off that first drop on a course, the confidence and dare I say, the momentum just built from there! I think it shows just how much the right group setting can make all the difference and create such a rad environment for progression.”

After the first feature was ticked off, the group smashed it. For most of them, this was the first-time hitting ramps of any kind, and it was so amazing to see them all pushing and supporting each other in approaching these features and seeing how stoked they got for not only their progression but one another’s.

The vibe that night at the campsite over dinner was so epic! How quickly they had all become part of the group and stoked on the days riding. It was a great night to go over some goal and mindset work and I could see them already setting bigger goals for the following day. 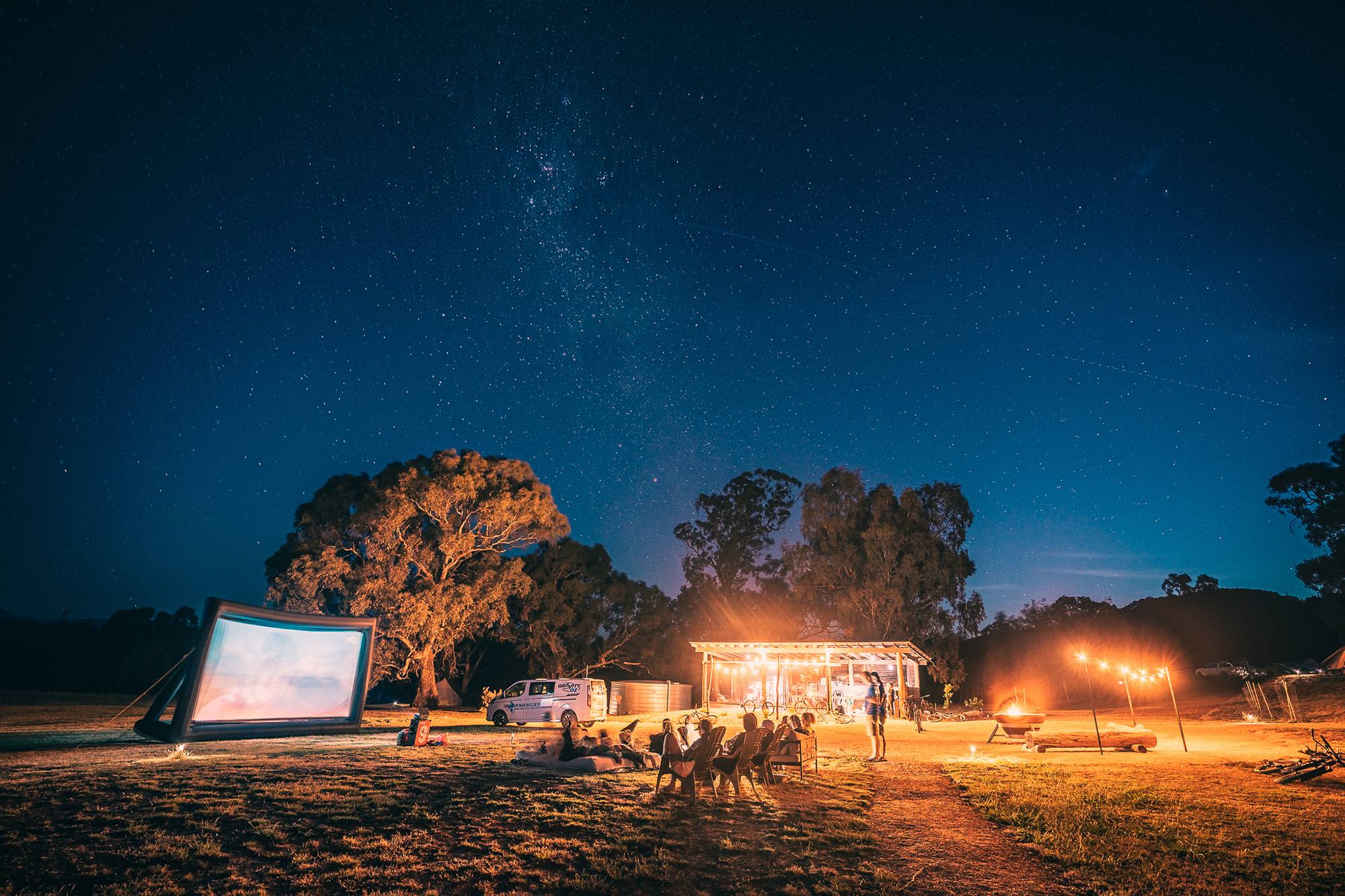 The next two days saw amazing progression sessions on the airbag, for many it was the first time hitting an airbag! As Australia has no public MTB airbags. The confidence grew and most of the group took at least one trick to dirt that day on the course. The riders worked through fears and any self-doubt, often quickly discussing with the mentors what they were feeling and how to move into a positive mindset while on their way back up the course. Stopping and cheering along the way; this crew became close like a wolfpack working together to ensure each smashed their goals by the end of the week.

Each evening the group enjoyed amazing meals together in the outdoor kitchen of the glamping site, sitting around a giant banquet table under the stars reminiscing the day’s achievements. Haz held a movie night complete with all the goodies, showing some of her favorite Women’s Freeride films from the last few years to continue the stoke levels for the next day.

On the last day, the ladies did a massive train from top to bottom with all the riders, and Haz just had to highlight how much confidence in their riding that took to do that! “It was so sick to see.” She excitedly yelled out when everyone got to the bottom.  It was so inspiring even for our mentors who felt proud to be a part of each rider’s journey. 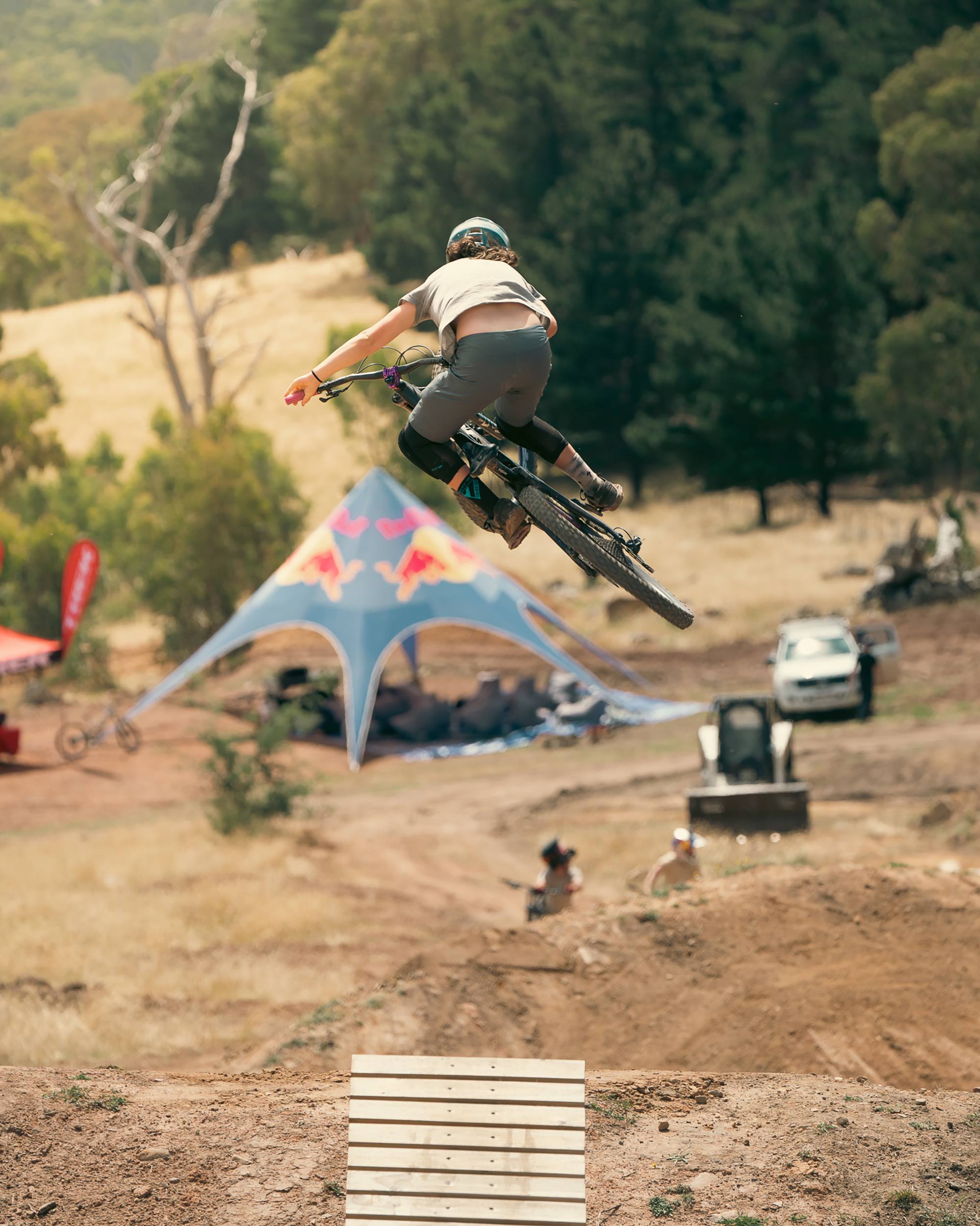 It was such a motivating experience for me as a rider and couldn’t have asked for a better group of riders to have at the first Trek Momentum. I hope that each rider took something away from the week and that the group connections continue! As a small group in Australia, I hope that we keep working and growing together.”

Trek Australia have already announced that the event will be on again next year!