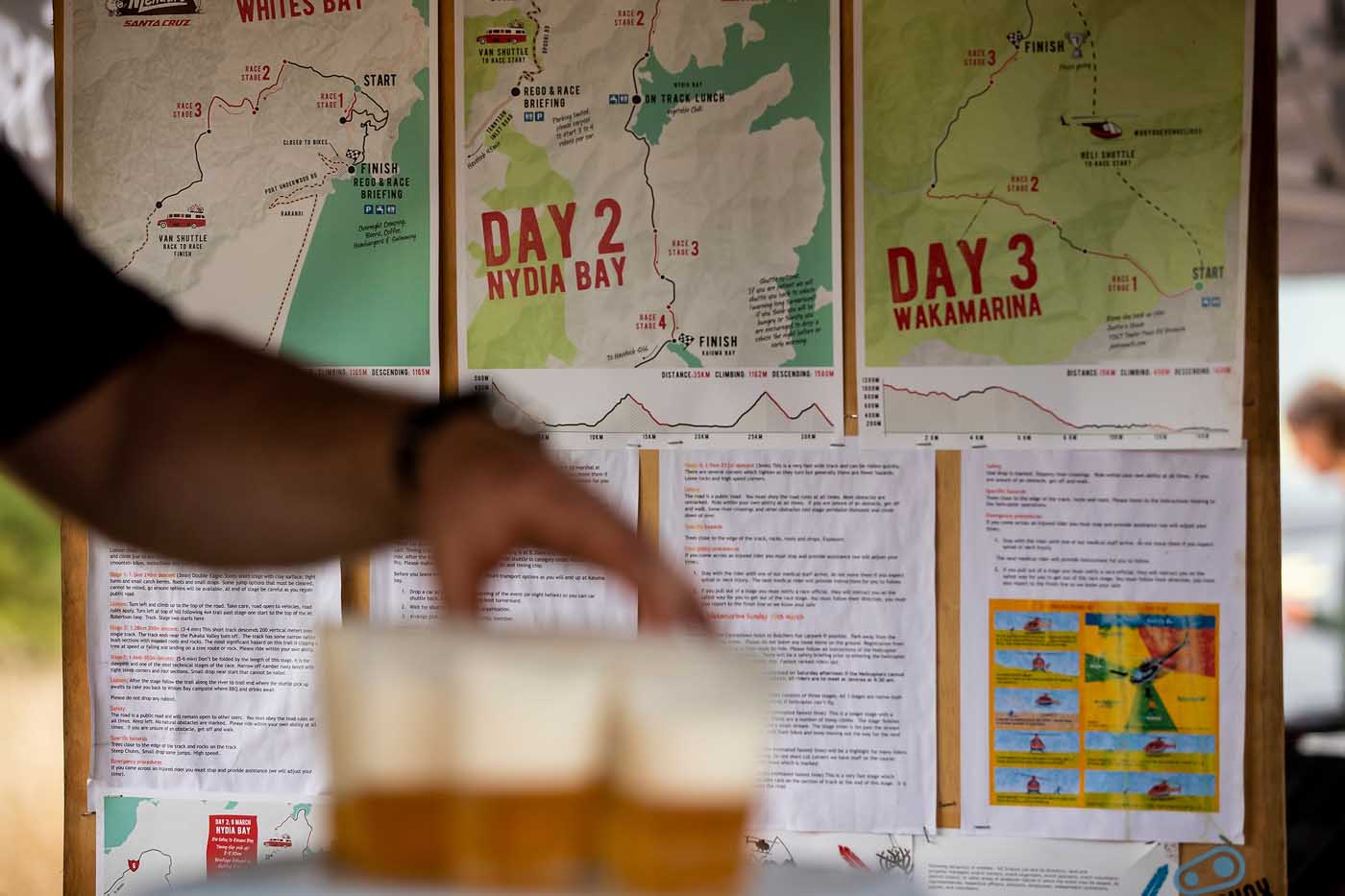 What a difference a week makes. Last week, for perhaps the first time in Nydia Tracks history the entire tracks race stages were 100% rideable by a couple of skilled riders.

It has been hot and dry here for three months and even the sketchy at the best of times south facing stages were running amazingly grippy. Tell this to riders who braved and battled under todays conditions and they will say impossible. Even the best in the world were slipping, sliding and scooting alongside the less experienced. Lets just say the weather forecast was a little bit more optimistic than reality today.

With shuttles starting at 8:45 and riders only arriving back to their cars as late at 6pm it was a nine hour day for some. There was some respite from the elements though. Riders were able to shed their cold and wet layers and get some hot chilli and coffee at the beautifully situated On The Track Lodge which sits midway on the Nydia Track between stages two and three. Its an off grid eco lodge you can only reach by boat, bike, helicopter or on foot. All in all it is a 35 km day four descents but only three climbs. 1162 m climbing and 1580 m descending. Dont let the stats fool you though it’s a BIG day.

Sadly Martin Maes had to skip todays racing. He received a deep to the bone gash yesterday that required on track stitches from our amazing mobile doctors. He wanted to ride but a long muddy day in the saddle would not be the smartest thing today, risking infection with the EWS season only ten days away.

In the womens Ines Thoma leaped Ella and Anja into first, winning every stage today.

In the masters Matt Patterson had a better day moving into second behind Cam Bisset who does a lot of trail building in this area.

In the Am mens its Max Hides ahead of Todd Balance and Pete Robinson then on her honeymoon Renee Wilson leads the womens category. Her husband is not doing to badly himself sitting in 5th place pro men just behind Barel. NZ’s fastest couple? 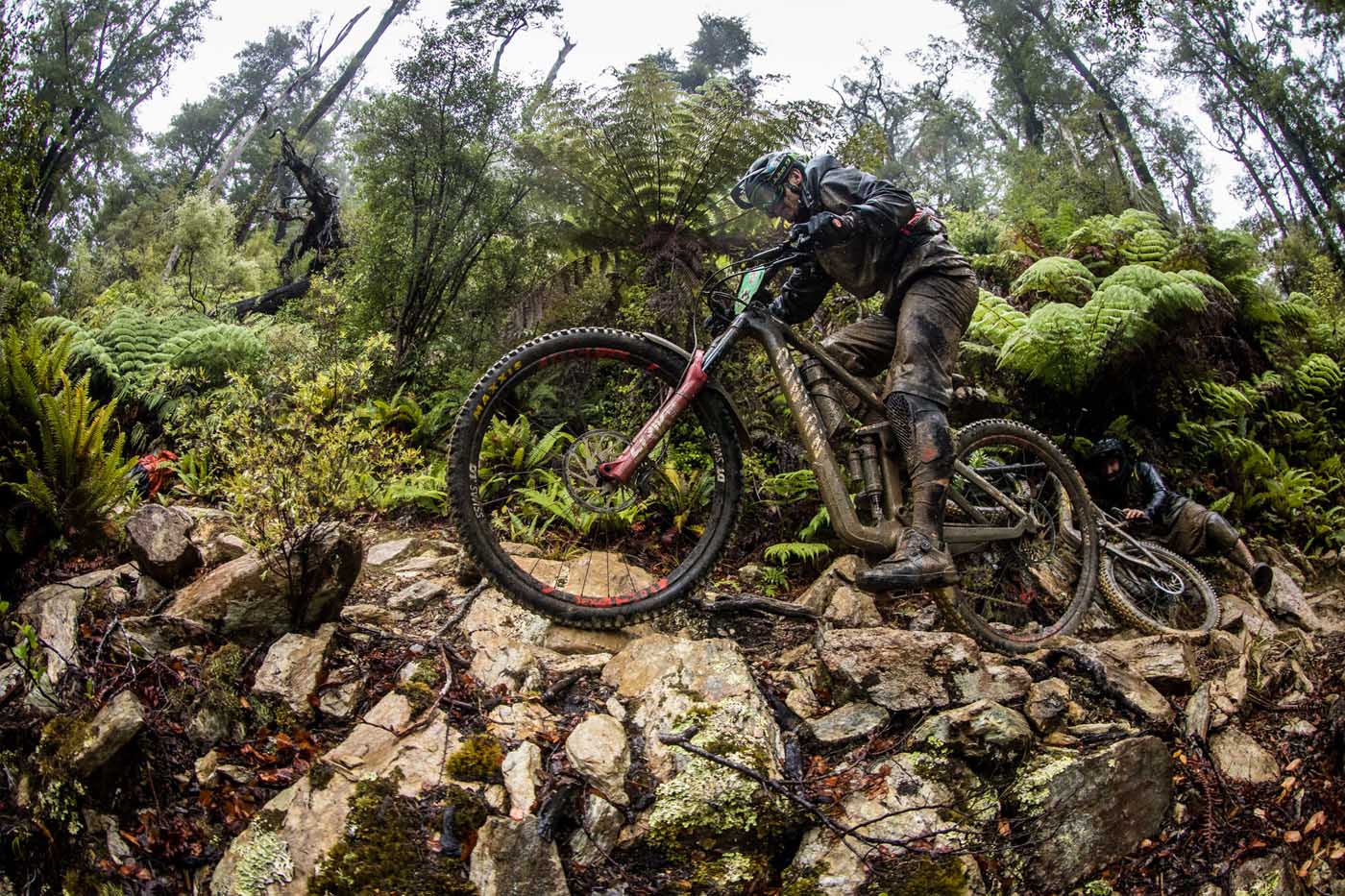 One of the reasons we began this NZ enduro adventure was to bring attention to this part of the world and this style of natural native bush riding and going hand in hand with this are our trail advocacy initiatives. We raise thousands each year through raffles which gets put back into the trails the race uses as well as developing future trails for route tweaks (Like Pukaka Valley trail yesterday) Normally anywhere else under these conditions you would cancel racing to preserve the trails, luckily for us though the native NZ bush trails are incredibly hardy with a solid base of roots and rocks. With no man made feature or digger built sections the trails can be ridden in both the wet or dry.

Fingers crossed there is silver lining on the clouds and flying weather for the helicopters which will be used to uplift 140 racers to the top of tomorrows racing. If not we have something else equally fun planned for everyone. We also have a lot of Moa beer left to finish!

All results are here.