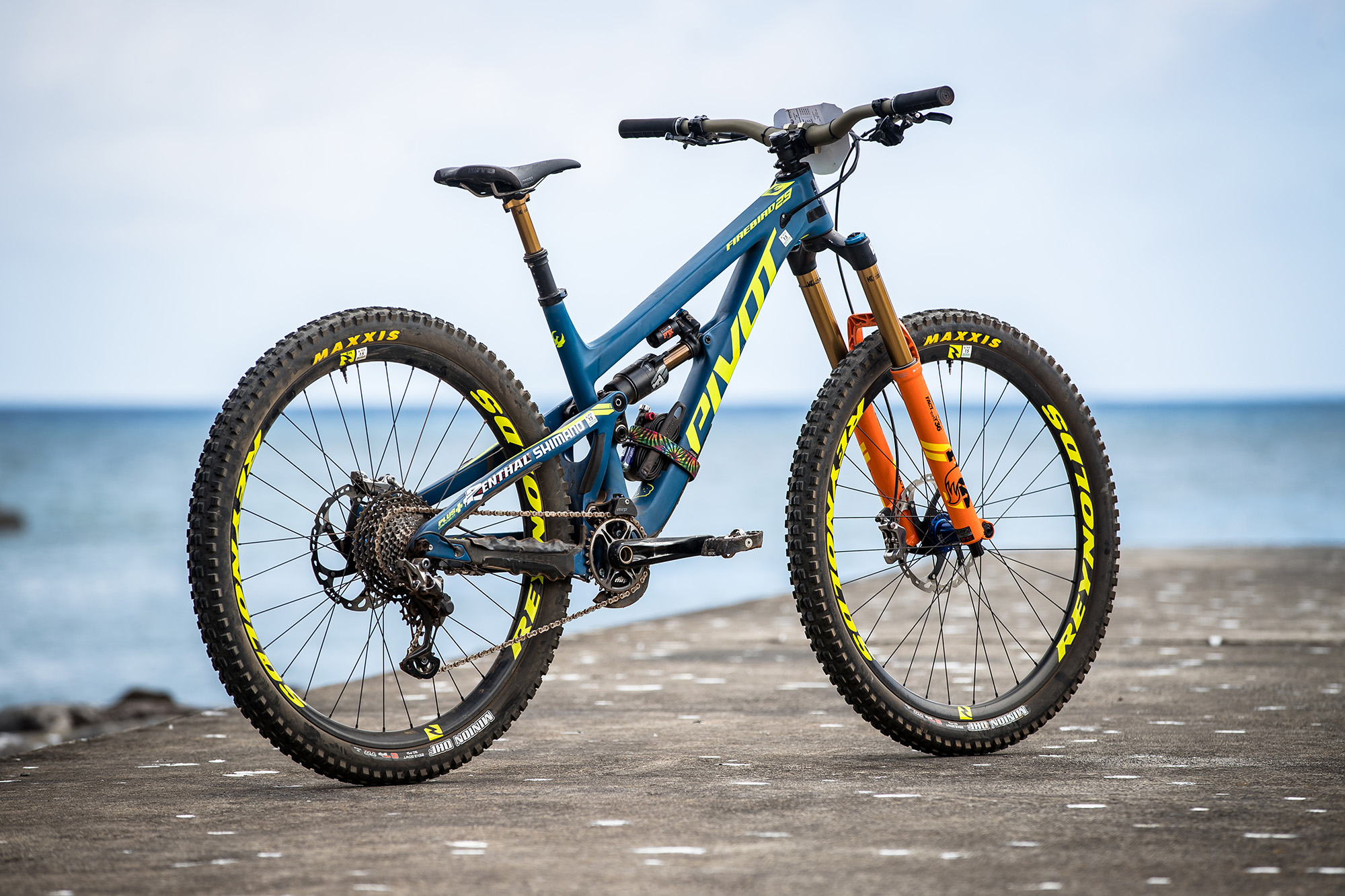 Known as one of the most ‘all round’ gravity riders on the planet, Eddie Masters certainly isn’t short of speed or style on whatever style of bike he’s riding at the time.

The Kiwi is also well known for being quite the larrikin, none so better examples of which can be highlighted by the hilarious ‘Spirit Of Enduro’ web film series he made a few years back. Ironically, this year Eddie has managed to bag himself a win at the French round of the EWS. Perhaps a case of ‘practice what you preach’, eh? Let’s take a closer look at the fine machine that projected him to the top step of the podium.

“My enduro bike is set up like a Toyota Corolla with a worked engine.”

[R]: First up a big congratulations on scoring your first EWS win! The depth of talent out there right now is absolutely insane. How does it feel to make it to the top step of the biggest podium in the business?

Eddie: It feels pretty good I’m not gonna lie. It still cracks me up how through the spirit of enduro stuff I kind of took the piss a little bit and now I’ve won one of these things!! But you know as the saying goes, fake it till you make it!

This season you’ve been racing a mixed schedule between Enduro’s and World Cups. Which discipline is stoking you out the most right now?

They both have their pros and cons, I like the travelling and riding that enduro has but also dread the thought of riding some of the stages with your lungs hanging half way out of your mouth haha. DH is sick because it’s purely racing, no tactics. The only thing you need to do is go as fast as you possibly can. I don’t favour one or the other I just enjoy every day on two wheels

Does it take long to get comfortable and up to ‘race pace’ when you’re switching between the trail bike and the big bike each weekend?

Not really for me because I’m riding both bikes all the time. I ride my enduro bike to keep fit and ride my DH bike for fun and speed. It would be harder if I wasn’t in places where I can do both easily so I’m really lucky in that sense.

Whilst on the subject of your ‘little bike’ give us a run-down of your current Enduro race set-up?

My enduro bike is set up like a Toyota Corolla with a worked engine. It’s reliable and is ready to go everyday but when it needs to it can throw down with the best of them

Are you running any custom parts on there at the moment?

Not that I know of? My bike completely stock out of the box. Kurt my mechanic works little wonders here and there to make things look clean and work well but apart from the personal touches it’s a bog standard Pivot Firebird.


Are you the type of rider that is always playing around with your bike’s settings at each race or are you more of a ‘set and forget’ kind of guy?

I’m a set and forget guy for sure. With DH you can play around a lot but for EWS and the variety of trail you can’t really set your bike up for one track as the next one will be completely different. I’m sure some guys are playing around a lot but I don’t wanna go down the rabbit hole so I just set it up and if it feels good then that’s enough for me.

What do you carry/pack during an EWS in terms of spares, food, etc?

“I carry a tube, co2, tire levers, plug kit, tool, and quick link. That’s got me covered for most mid race and mid ride incidentals. During a race, I try to have enough food on me to eat something for every stage which generally means stuffing loads of bars and bananas into my chamois haha.