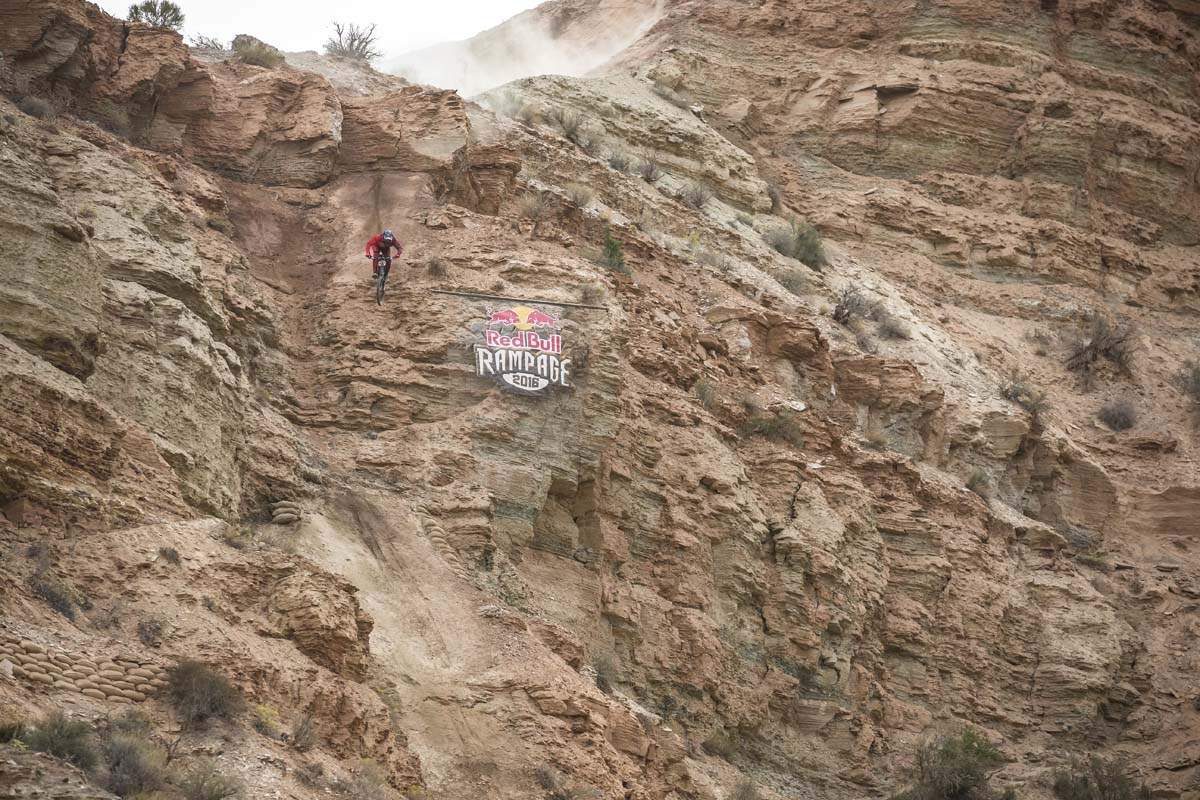 It seems like forever ago I first climbed up the red dirt of Virgin Utah’s dust and rock outcrops to shoot Johnny Waddell and Andrew Mills as they took on the world’s best free riders in Rampage II. Yep, two of the then fastest Australians picking their way down the epic terrain. Just getting down the mountain was almost a winning run and a far cry from where it has evolved to in 2016. I’m pretty sure Johnny KO’d himself 3 times in one run, and still rode it out being the legend he is!

So watching Brandon Semenuck pedal into some of his built kickers is testament to him winning this year. Going faster, bigger and more tech with style and precision, his win cements him at the top of both the slopestyle and big mountain freeride game. And while the winner was a no brainer, I gotta say I was a little surprised by Darren Berrecloth and Tyler McCaul placing so far down the order. They set the bar high and many that followed rode with much lower speed and style, but that’s judging for ya. Not that Bearclaw wasn’t stoked to be alive after getting blown off the side of a landing as wind picked up second run down, dude knows what needs to be done straight after a run! Moral of the story, don’t ride first…. If you missed the live stream, it’s all good. You can watch it in its entirety, which you need a few hours for here. Or you can just pick the riders you want to watch, or for the masochists, just the crashes etc… Here’s to hoping some Australian riders make their way into the ranks of freeride soon, Rampage was all the better for it.