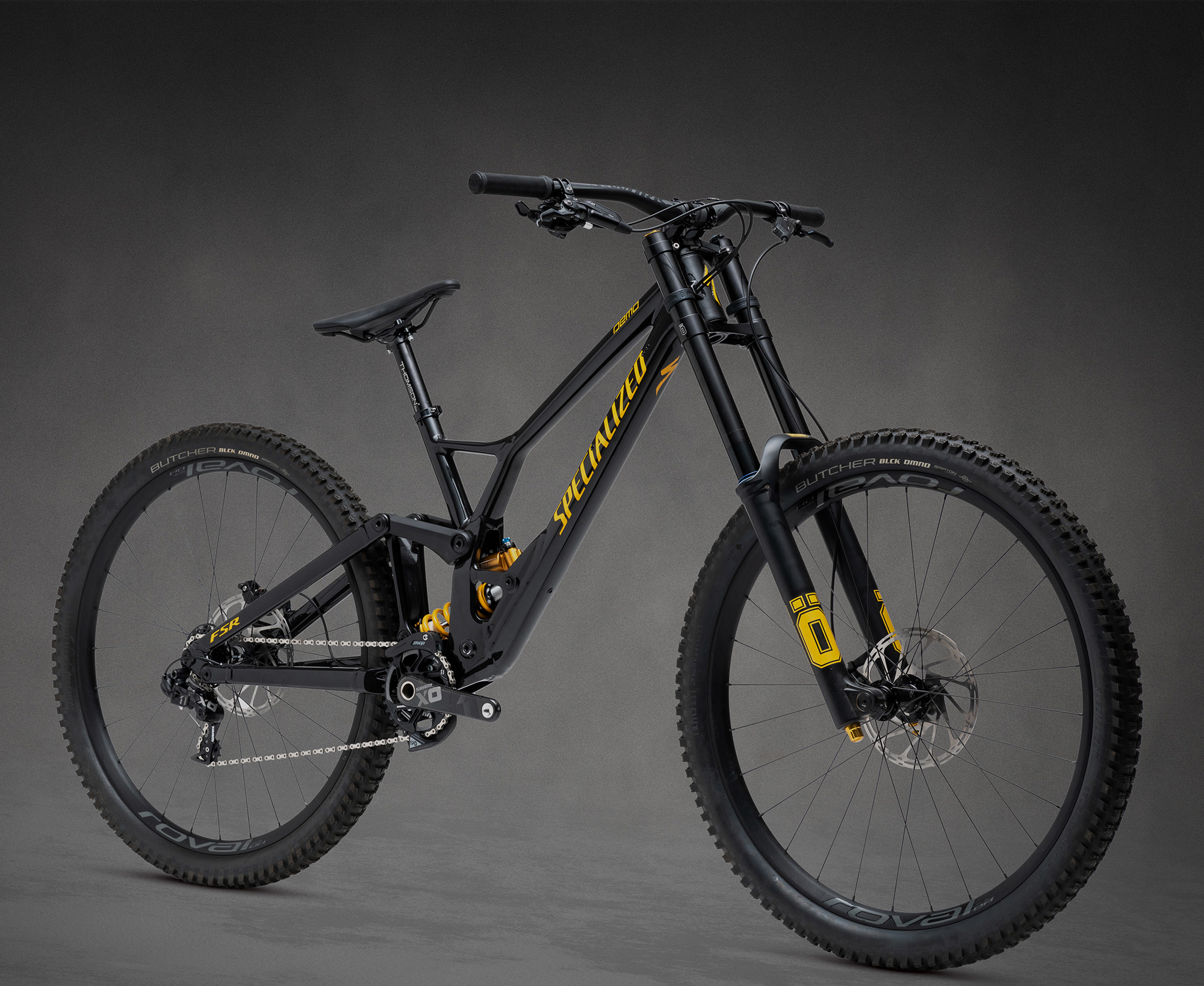 Specialized’s legendary Demo 8 has had it’s fair share of World Cup podiums and World Championship titles. So how do you improve on that?

The big S figured bigger wheels for the time being that’s for sure, and hence theyre introducing the Demo 29—a bike that immediately raced to the top of the podium at its World Cup debut. Then promptly started winning some more. Case in point, the weekend just gone in Andorra. Loic Bruni just shredding the course putting time on on both the pedals and the gnarliest sections of track where grip was non-existent… 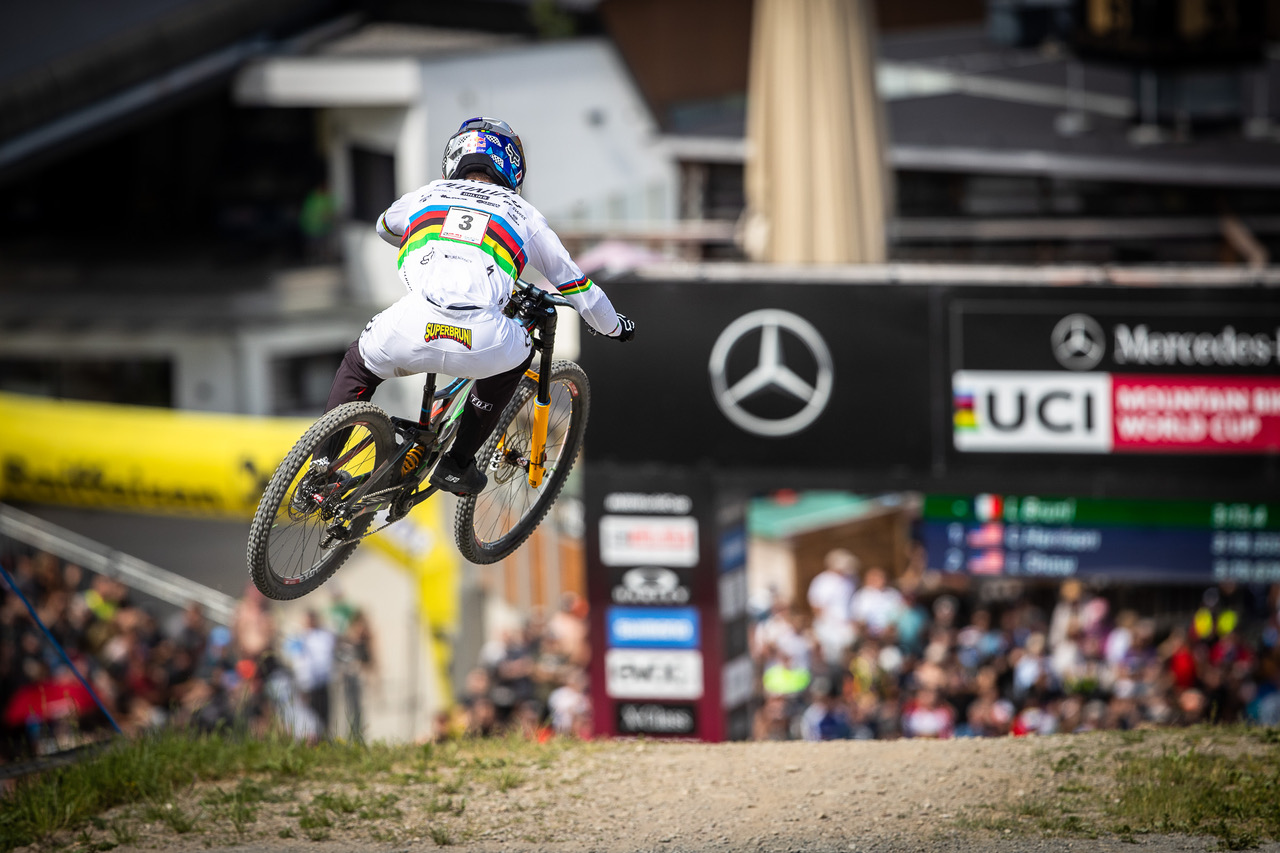 For 2020, there’s a new chassis, new geometry, and radically new suspension kinematics. And it’s in 29 only. We’ll let their crew take over about here…

The designers first goal was to improve suspension performance on square-edged hits. Why? Because, scientifically speaking, square-edged impacts suck. Square-edged bumps cause your rear wheel to hang-up momentarily on impact. The impact your suspension should be absorbing is, instead, transferred to both you and your frame. That means more fatigue and less speed.

By giving the new Demo 29 a more rearward axle path in key stages of its travel, they’ve minimized that rear wheel hang-up on square-edged hits. Impact energy is now transferred into the suspension, instead of into you. End result—more speed over the most technical tracks.

Brake jack. Rise. A whole lot of names have been slapped on the phenomenon, but they all amount to the same thing: You grab a handful of brake, the bike decelerates quickly, and your weight pitches forward. When that happens, the bike’s rear suspension extends, or “rises,” and causes the rear wheel to lose traction at the exact moment when you need to be low, centered, and in charge.

We’ve built in just the right amount of anti-rise on the Demo 29. Now, when you come into a section of trail a bit hot and grab your rear brake lever, you stay planted and stable on the bike, the rear suspension remains smooth and predictable. Add it up, and it means that you ride faster and with more control. 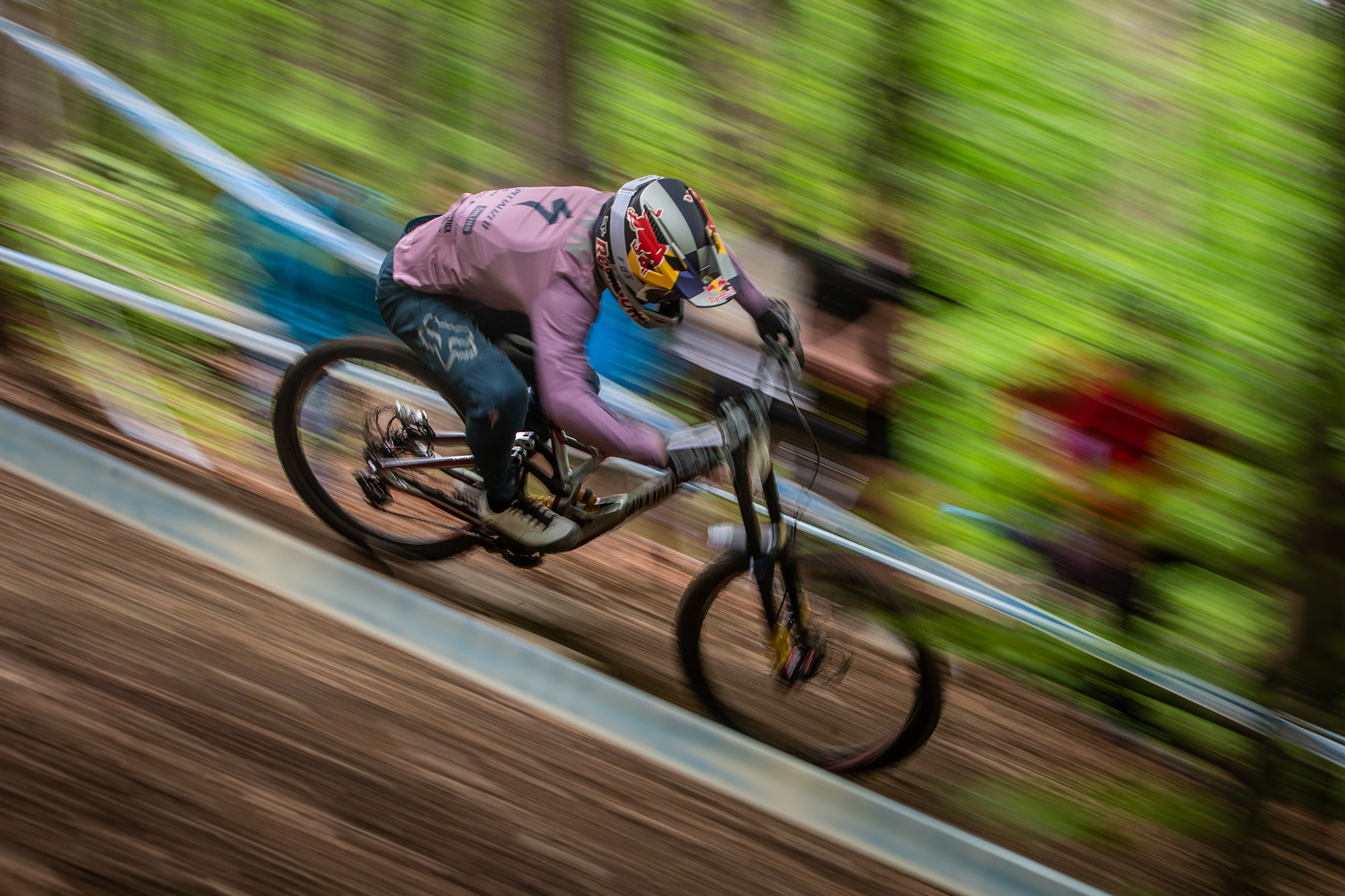 The Demo converts every bit of your pedaling power into speed. The bike’s new kinematics allow for just the right amount of anti-squat.

“You crank on the pedals and the Demo 29 rips forward instead of bobbing around uncontrollably and slowing you down.”

The Demo 29’s new shock linkage not only places weight low on the frame, it also enabled us to remove the shock from the upper link. This isolates the shock from side-loads and reduces wear and tear on the shock. What’s more, the Demo 29’s trunnion-mount shock features extra bushing overlap, which also boosts longevity.

Big wheels and tons of suspension don’t always play nice together. That’s why we specifically designed the Demo 29’s geometry to create a ride that’s both fast and playful. The bike’s shorter (100mm) head tube keeps handlebar height in the sweet spot while its 350-millimeter bottom bracket height strikes a nice balance between cornering control and ground clearance. 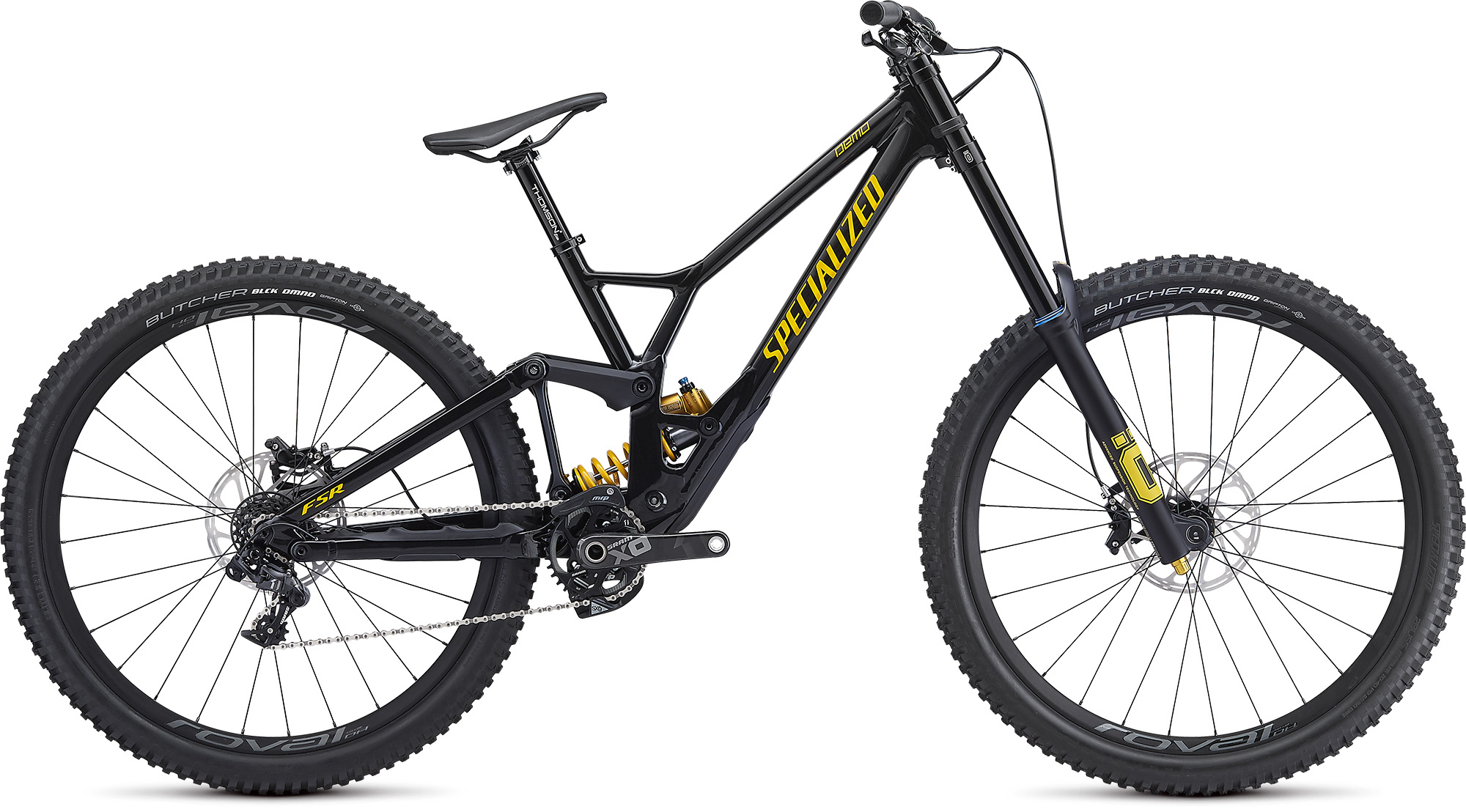 HOW DID THE GEOMETRY CHANGE COMPARED TO THE PREVIOUS VERSION?

We hear your big question though. Is there a 27.5? Well in Specialized’s own words, the “Demo is R&D in motion”, and we shouldn’t rule out the introduction of a 27.5-inch kit in future. Constant development is also the reason this bike is alloy, not carbon.

The Demo 29 is available in three sizes, with two full-build options and a frame-only option. We’re expecting more than a few of these racing club and national races around the country very soon….