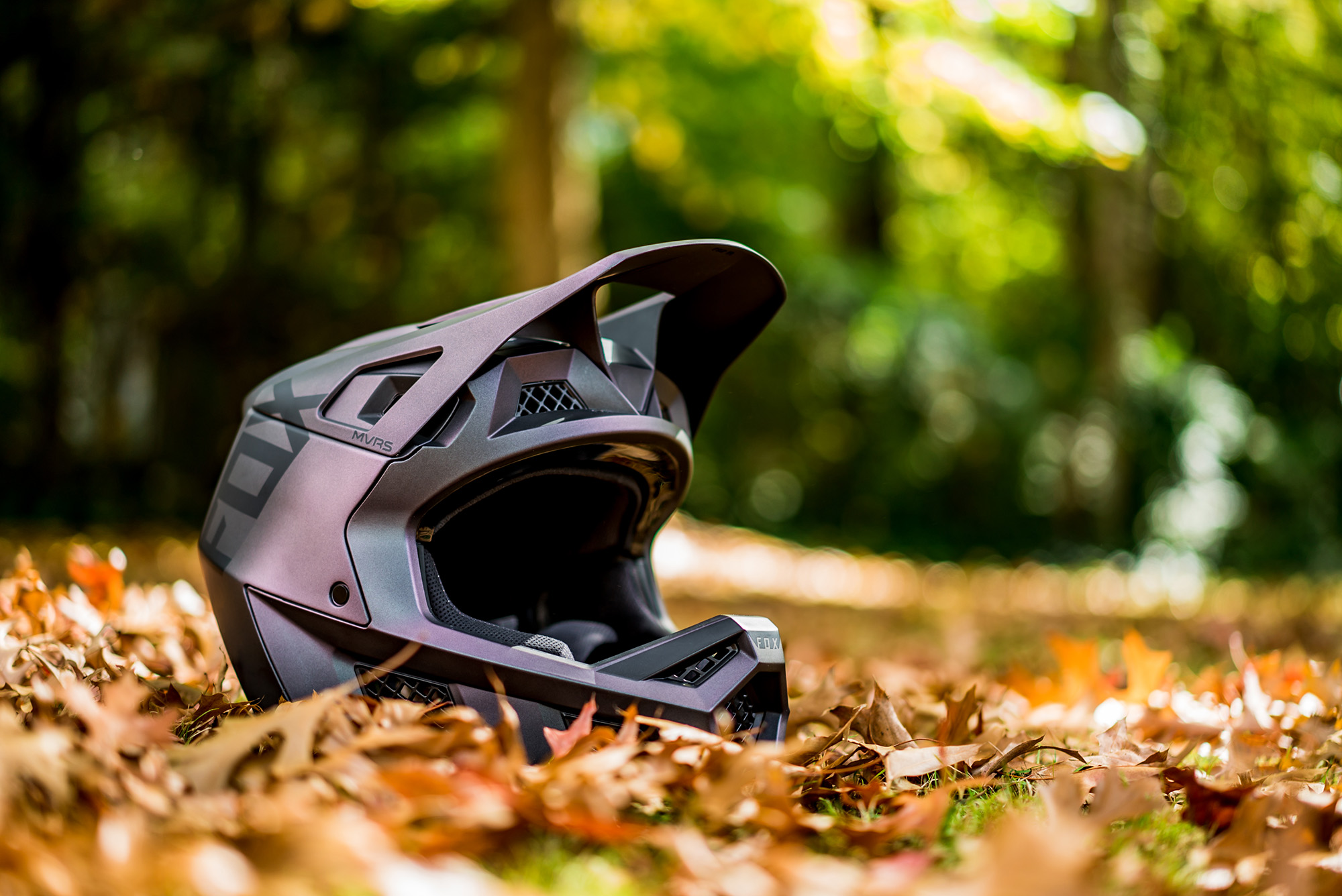 The best just got even better // Fox Rampage Pro Carbon

Fox have always liked to push the envelope that little bit further than everyone else. When it comes to innovating new technologies for helmet safety the all new Rampage Pro Carbon showcases exactly why Fox are leading the field – it is quite simply the most advanced and safest mountain bike specific full face helmet on the market.

What allows this promise of ultimate safety? Well, the new Rampage doesn’t just feature one rotational impact management system, it features two of them! There are a variety of systems on the market that are designed to minimize rotational forces caused by the initial impact when a helmet hits an object such as the ground. MIPS is probably the best know system out there right now and interestingly even though Fox utilise MIPS systems in a lot of their MTB helmet models, they’ve chosen not to feature MIPS in the new Rampage Pro Carbon and instead Fox have developed a quite radical new system which they’re calling ‘Fluid Inside’.

The system works by incorporating a matrix of Fluid pods oriented around the head and attached to the helmet interior. By precisely decoupling or “floating” the helmet on the head, each Fluid pod matrix acts to independently and simultaneously manage the linear and rotational forces acting on soft brain tissue caused by a major impact. It’s a pretty smart concept and goes to show yet again that Fox are not afraid of thinking outside the box and investing heavily in new technologies.

The second of the rotational impact management systems is actually designed right into how the visor attaches to the body of the helmet. The visor is actually held on with strong magnets. Fox calls this their Magnetic Visor Release System or, MVRS. The magnets use an ample amount of force to keep the visor right where it is supposed to be but in the event of an impact, it will break away. This further mitigates rotational forces that could be put on the head in a crash.

As the name suggests the shell of the new helmet is made of carbon composite. The lid is available in a choice of 4 sizes from small to XL, and all helmets come with four sizes of EPS liners in order to offer a wide range of fits for riders. The face guard of the helmet is molded and has a reinforced internal frame which is designed to absorb an impact rather than simply shattering. Spanning the entire inside of the helmet, hidden underneath the outer shell, is a dual-density EPS foam that is in-molded, meaning the liner and shell will respond as one structure. Dual-density Varizorb foam is shaped to spread out an impact over a wider area of the head and helmet rather than having it all concentrated in one spot. As you can no doubt see from the photos the new Rampage lid features a heap of ventilation. All of the air ‘intake ports’, are covered by a molded-in screen to protect the rider from dust and trailside debris.

All of these safety and design features amount to a pretty impressive product. When you put the helmet on your head it certainly boasts a fantastic level of comfort but you also really get a sense that there’s a lot going on, hidden within the helmets shell, which I think gives you a lot of confidence. And having confidence in your equipment is super important, right, because more often than not the times that you’ll be wearing a full face helmet are the times that you’re about to be riding real fast or real gnarly.

This helmet retails in Oz for $699.95. Whilst that might seem like a lot there are plenty of more expensive MTB helmets out there which don’t offer nearly as much safety as the Fox. But I guess at the end of the day it all comes down to your value of how much your head/life are worth?

If you ask me, the answer to that is a no brainer!