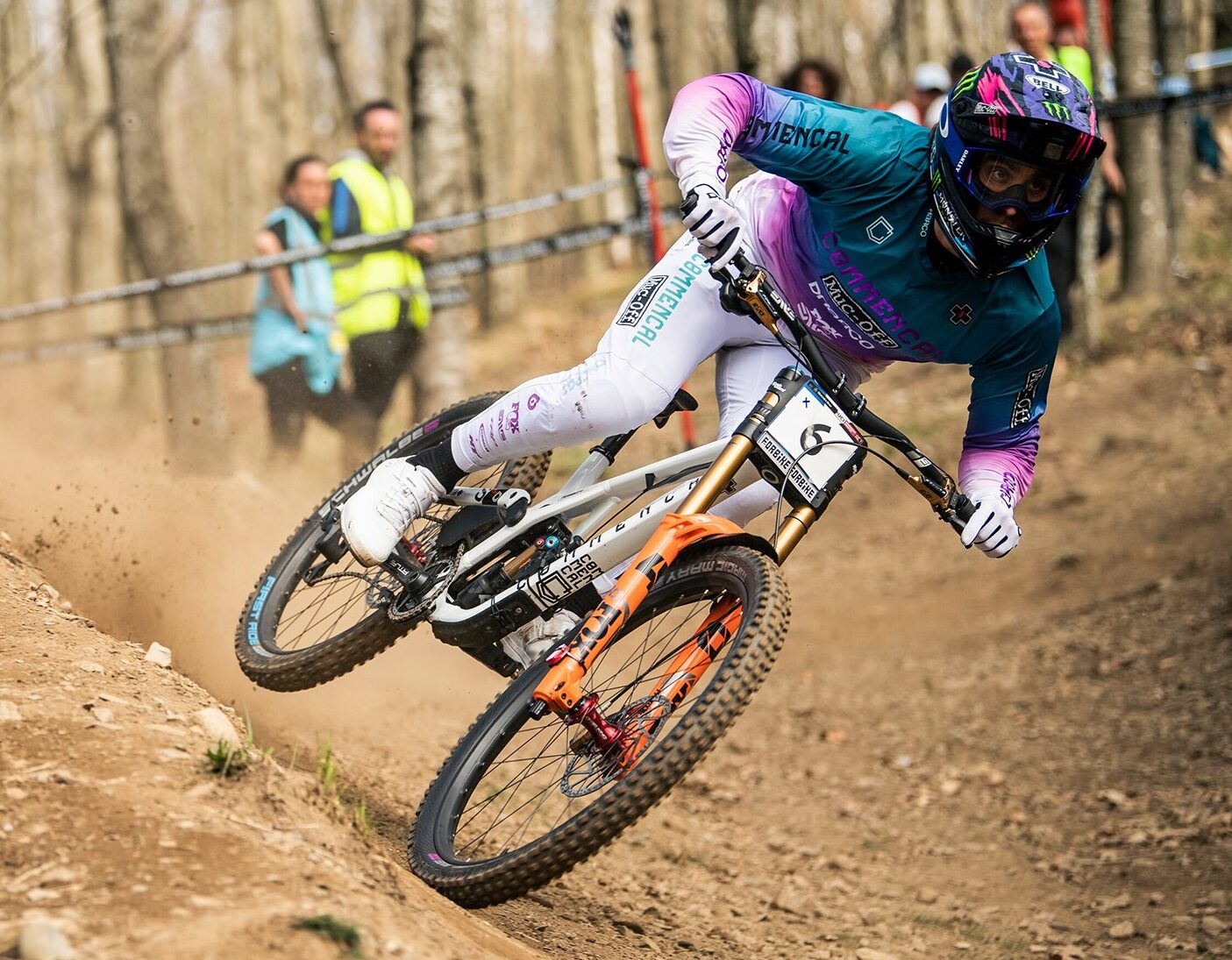 2022 DH season is underway. Lourdes did not disappoint!

If you’ve been stinging for DH racing action late on Sunday nights like we have, well let’s just say all your dreams were answered last weekend in what was one epic start to the 2022 season. Here’s a lil recap!

After 5 years, DH racing returned to Lourdes. A track that defines DH; fast, steep, technical and all the things that make racing at the premiere level epic. Known for its unpredictable conditions, riders knew to prepare for the unexpected when they arrived in Lourdes for the first downhill race of the season. In the end it was Switzerland’s Camille Balanche and France’s Amaury Pierron came out on top as the 2022 UCI Mountain Bike World Cup downhill season started in style.

In the elite women’s race, Germany’s Nina Hoffman laid down an early marker with a tidy run before a series of riders struggled to tame the challenging course. Mille Johnset looked to be putting together an impressive run before crashing out before French rider Marine Cabirou delighted the noisy crowd by taking the hot seat. Next up was Balanche who once again showed her attacking style, finding a creative line that allowed her to move into first place with an impressive time of 3:19.983s. Tahnée Seagrave looked to be on course for something special as she got off to a lightning-quick start. However, a couple of mistakes in the later sections saw her move into second.

Having suffered a heavy crash in the morning, Myriam Nicole wasn’t even sure she would race but showed no signs of nerves as she went all-out and moved ahead of Seagrave into second. The final rider was reigning downhill champion Valentina Höll but the young Austrian was unable to challenge Balanche’s time and eventually had to settle for fourth place. 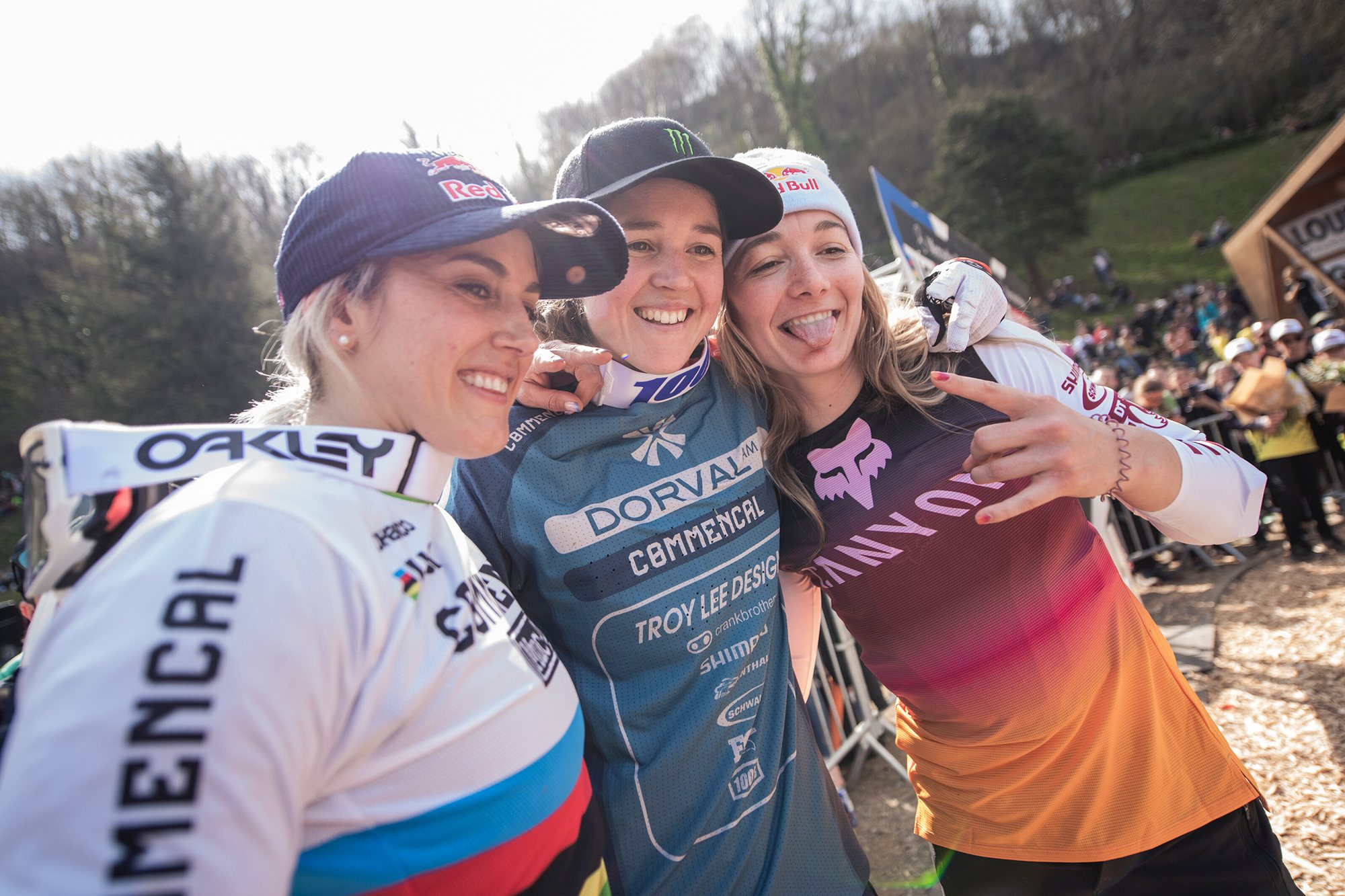 Honestly, I didn’t feel great the whole weekend so I would have been happy with a top five. It was a really good run so I’m very happy.

Come the mens final, we were more than a little stoked to see 152mm of trail like goodness under Connor Fearon throwing down some epic style and back in the main game for Forbidden rockin his newly acquired Aus  Champ sleeve. Luke Meier-Smith backed up his little bros epic run in juniors with a solid outting on his Propain. Luca Shaw produced a super smooth run to storm into an early lead before French rider Benoit Coulanges bettered his time by a full second. Next up was another local favourite as young Frenchman Thibaut Dapréla attacked the first section. However, a heavy crash halfway through his run ruined his chances of picking up a victory. 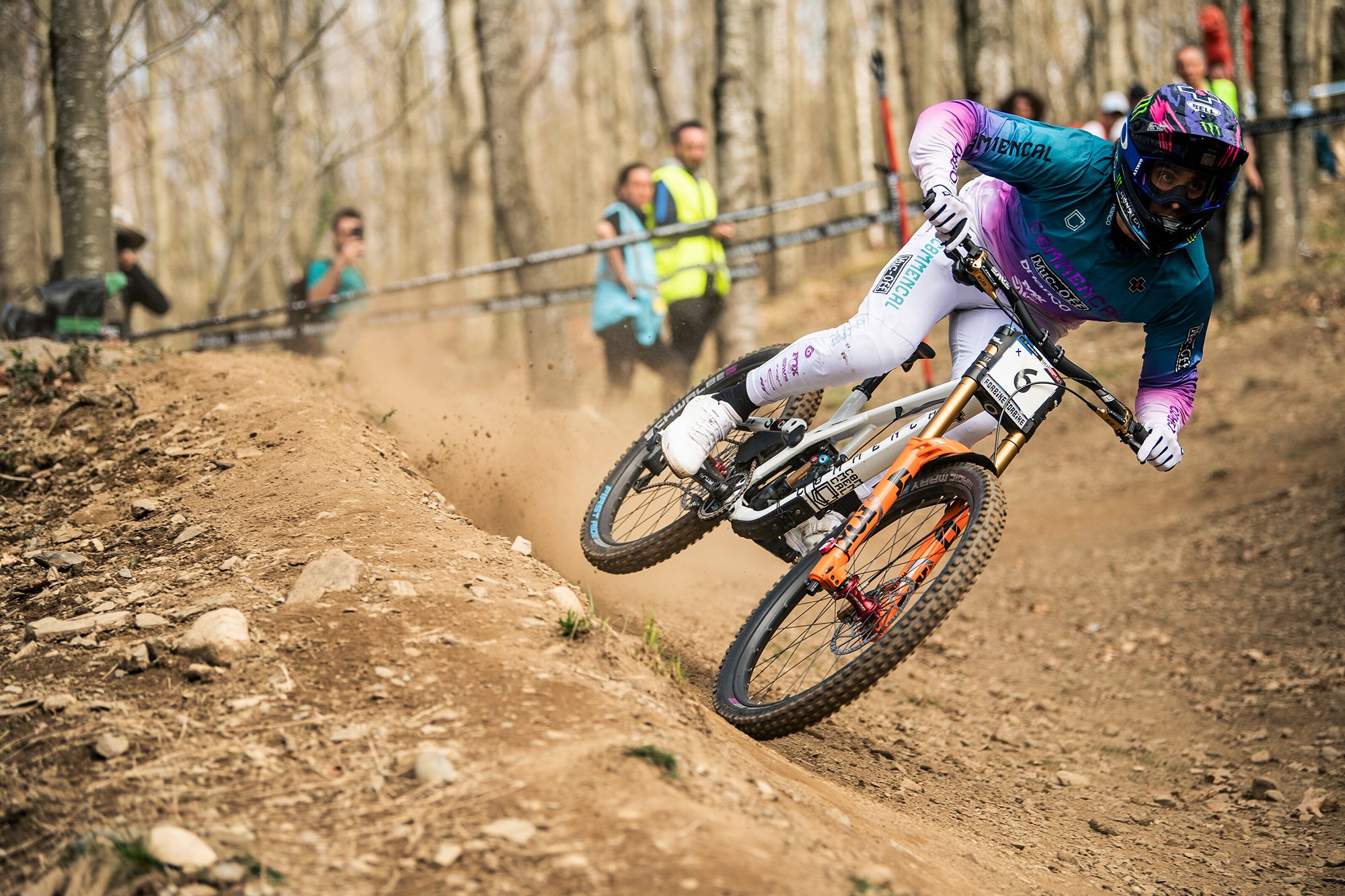 The noise level then went up a notch as Pierron bested the conditions and laid down a serious marker, finishing in a stunning time of 2:47.711. Canada’s Finn Illes looked to be on the charge as he held nothing back during his run, but despite going flat out he had to settle for second, finishing 0.847s behind Pierron.

It’s just insane. The support really helped me be strong enough to do that run. I’m just over the moon.

Finally, it was the turn of reigning downhill champion Loïc Bruni, who had the full support of the roaring French crowd. The 27-year-old from Nice had finished first in the qualification phase but could only move into third place.