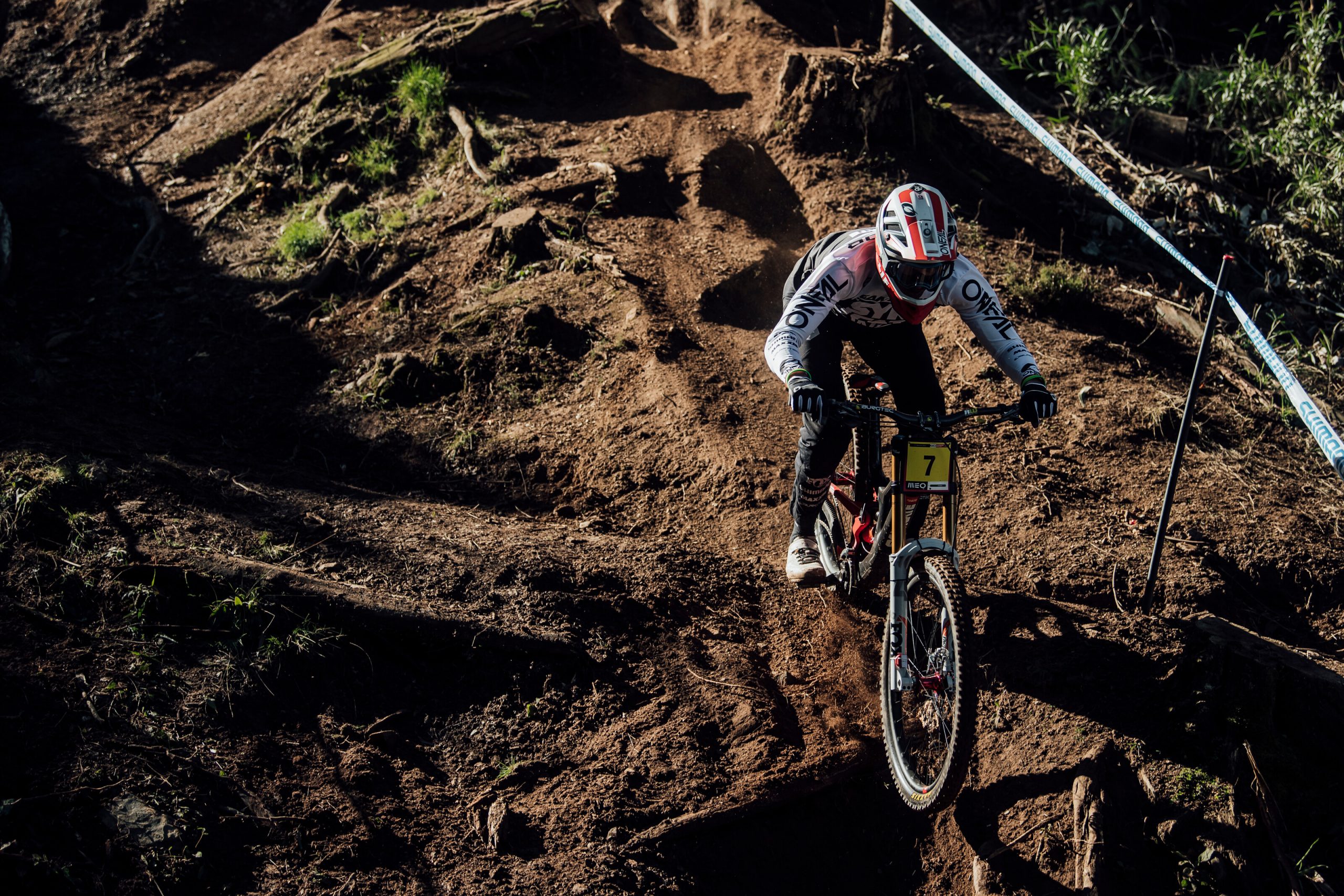 If you managed to stay up and watch the live feed, you weren’t disappointed, an epic track and even better race saw South African legend Greg Minnaar (at a spritely 38 years old no less) produce a vintage performance to bank his 22nd UCI Mountain Bike World Cup victory in Lousã on Friday as Myriam Nicole edged out compatriot Marine Cabirou to keep the women’s title race delicately poised.

The World Cup track is 2.1km. It’s fast but has super technical sections on it. The top section of the course is open and flowy, but then that gives way to tight turns and roots as the track goes into denser forest areas.

After topping qualifying, Nicole was the woman to beat having won the Portuguese Cup three times with world champion Camille Balanche out early on race day. She posted a time of 3m36.813s, however last-round winner Nina Hoffmann beat it followed by Cabirou who then cut a huge five seconds off the German’s mark. Tahnée Seagrave was next, but neither she nor Australian Tracey Hannah could do better until Nicole sent down a phenomenal run to win by 4.397 seconds.

“I am really stoked, it feels like a big release. I have a good strategy on this kind of track. I felt comfortable in the technical part.”

Frenchman Loris Vergier started out favourite in the men’s race after his two wins in Maribor and fastest qualifying with American Aaron Gwin the early leader. Fellow American Dakotah Norton finished just 0.011 seconds off, but it was France’s Loïc Bruni who topped the timesheets ahead of Minnaar’s superb masterclass. American Luca Shaw’s mistake put him out of contention, however Briton Matt Walker looked on course to beat Minnaar until he lost late momentum. With Vergier suffering an agonising puncture, Minnaar wrapped up a record 22nd win with Walker now leading Vergier overall by 14 points ahead of Sunday’s finale.

“I had a great ride down. It is one of those bittersweet wins when one of your biggest rivals – who is also your teammate and good friend and is leading the World Cup – punctures on the way down. I feel real sorry for Loris. I was pretty tired going into today, so I am glad I had the legs to push through it.”

Missed the live show, catch up on it all here.