What a race. Think we’re still tired from sitting up late and getting a lil too excited by the non-stop action on the hallowed track in Fort William.

Reigning UCI Mountain Bike World Cup downhill champions Rachel Atherton and Amaury Pierron put down their marker for a 2019 repeat with victory at a weather-hit Fort William that saw both Tracey Hannah and Troy Brosnan come so close to the top step. Rain and wind saw Maribor winners Bruni and Seagrave both suffer dramatic crashes before the race itself with the latter forced out entirely, after she injured her collarbone.

The women went first with Italian Veronika Widmann and German Nina Hoffmann both posting great times in wet, blustery conditions that swept across the mountain. World champion Atherton, though, has won six World Cup titles and used her experience to record a superb 5:15.560 with leading qualifier Tracey Hannah last. Tracey was up at the third split, but lost time to go behind at the fourth with a fast last section not enough to deny Atherton her 38th World Cup victory that puts her within three of the women’s all-time 41 mark set by Anne-Caroline Chausson of France. 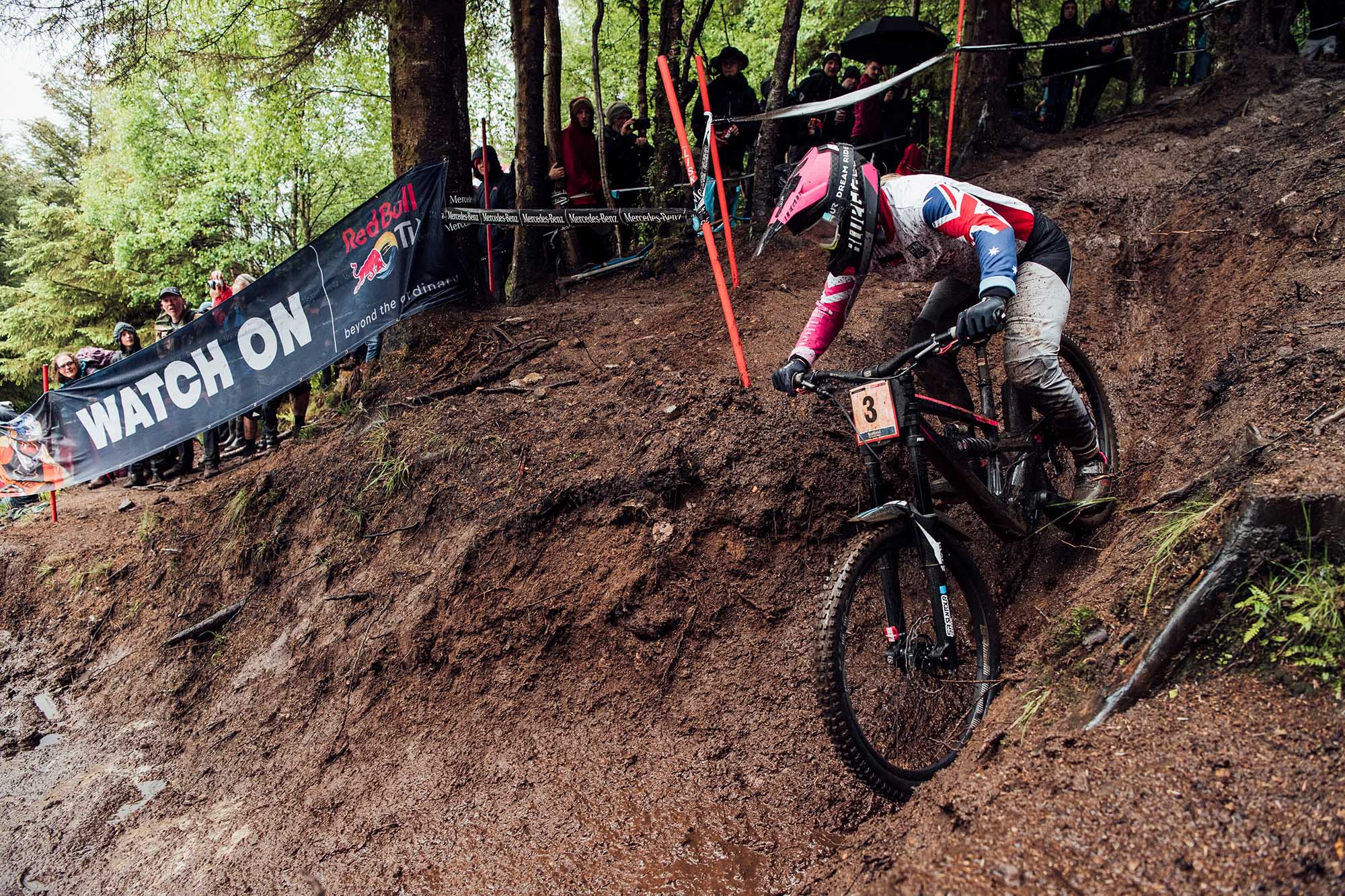 “Rachel is a beast on Fort William, so I had to really have a confident strong mindset from the beginning. I had to go as hard as I possibly could.” 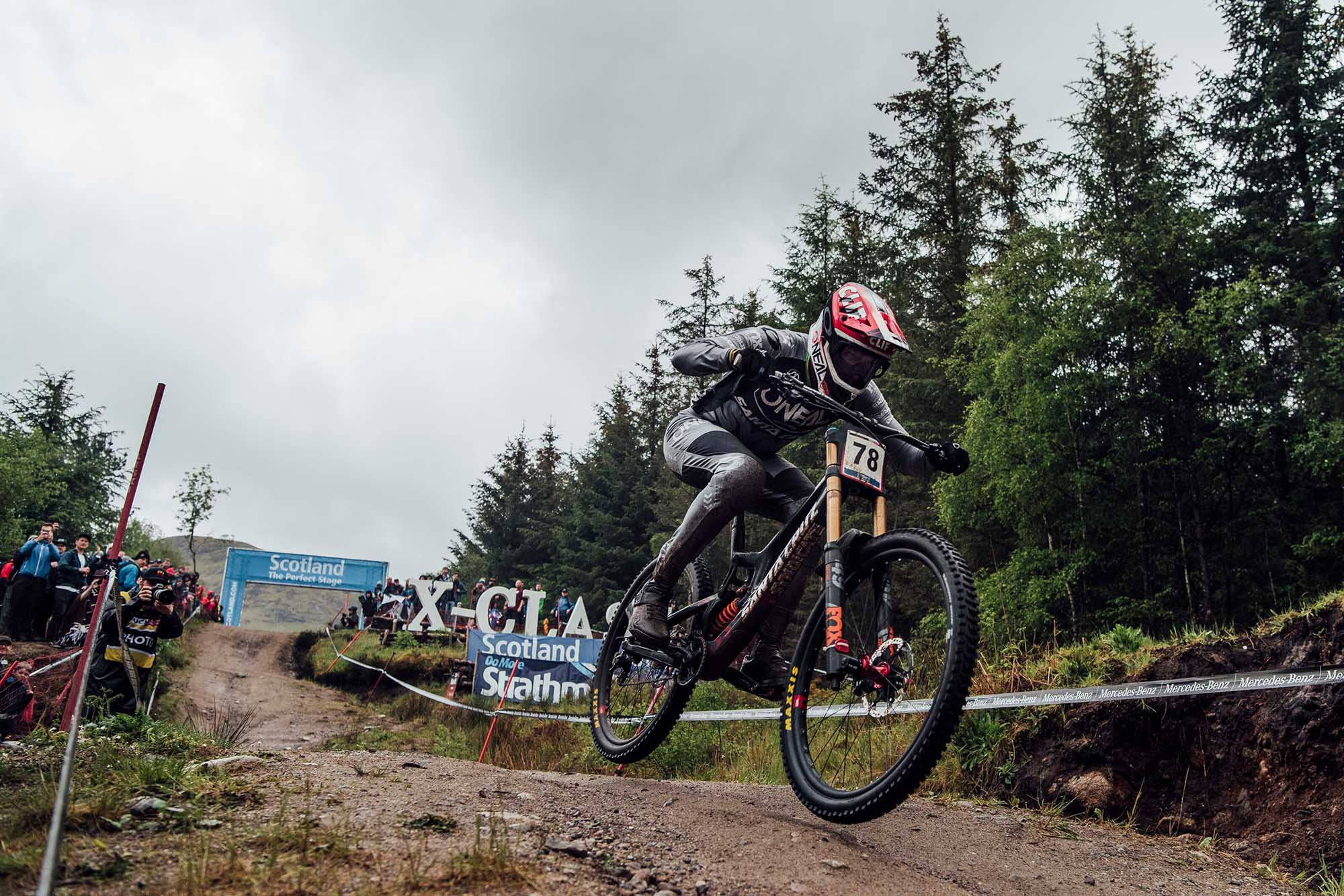 The men followed in conditions that turned for the better with Frenchman Bruni posting a great early time considering how bad his crash had been in qualifying. Connor Fearon put his eBike training to work and nabbed a top twenty time into what looked like an atrocious headwind up top.

Aaron Gwin suffered a bad early crash to wreck his hopes leaving Canadian Finn Iles to beat out team-mate Bruni with Troy Brosnan the next in the leader’s seat with what looked to be the run of the day with new lines and smooth, controlled speed the whole way down.

Pierron, though, drew on his 2018 season to pull out a brilliant run and take a lead which compatriot Loris Vergier could not better for his second Fort William win. 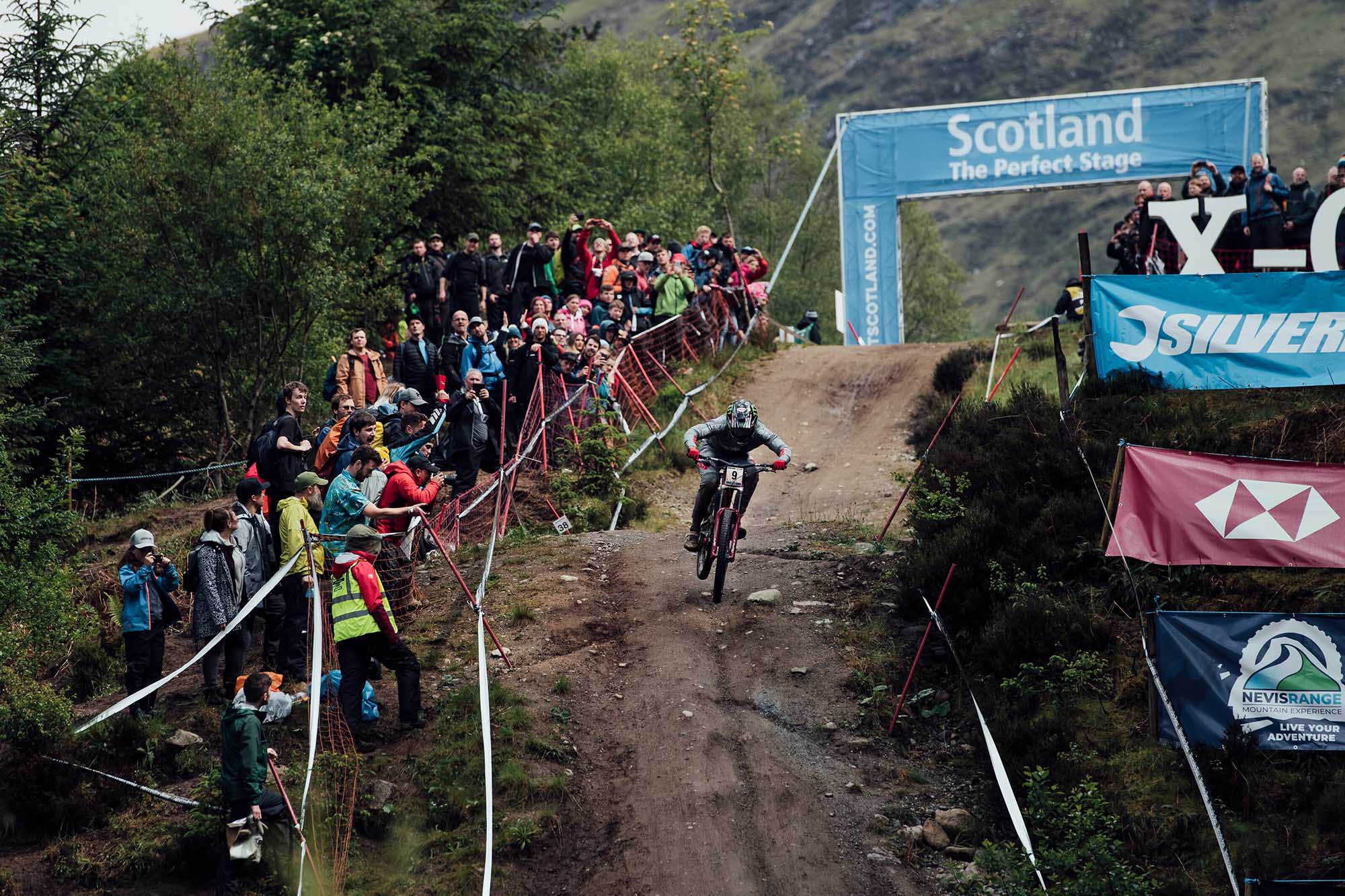 “I struggled a lot on the first run and we did some adjustments on the bike so I want to thank a lot my family and team. It is awesome. I felt good on track and had a lot of fun.”

We’re looking forward to round three!