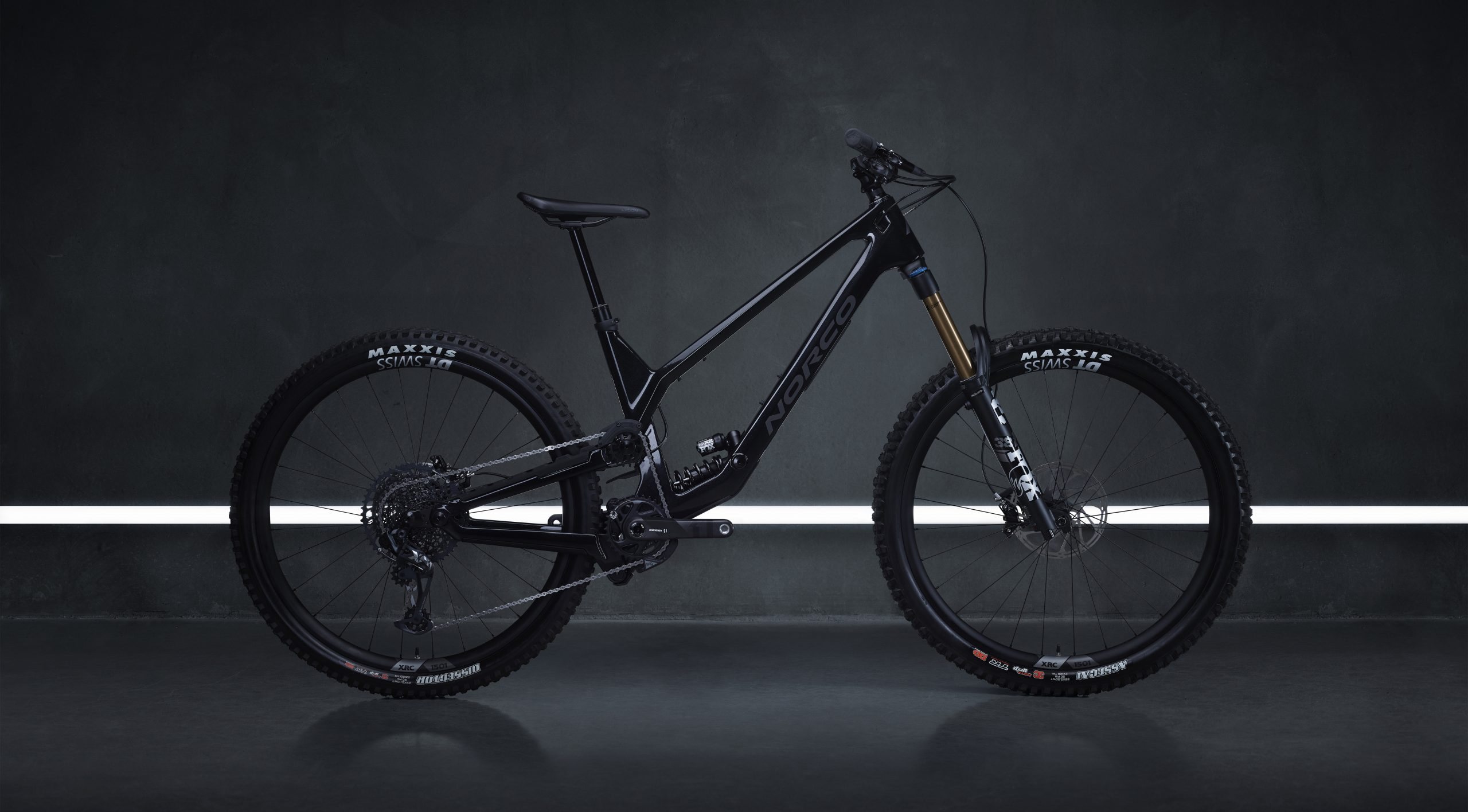 Meet the all-new Norco Range (AKA: a mini-DH bike!)

As one of the most popular bikes in Norco’s line-up the ‘Range’ has been a staple bike for Enduro racers all over the world for many years. With the last 29er version being around for a while, there have been rumours circling of a new version coming for over a year and today all has been revealed – and what an absolute beast the new machine looks to be!

Taking what they learned from their HSP Downhill bike, they have taken the Range to the next level. Instead of a High Single Pivot suspension platform, the Range uses what they call a High Virtual Pivot suspension design. Using a four-bar linkage means they can have the same rearward axle path but adjust the axle path in the last part of the travel to reduce anti-rise. Meaning it will track amazingly well through the rough stuff while remaining active under braking for grip and control.

The idler position on the High Virtual Pivot system has been tuned to provide a separation between the pedals and rear wheel input. While HSP systems do the same, they can lead to a lazy bike when you are on the pedals. Thanks to the HVP tuning, the Range remains spritely under power while retaining its ploughing attitude through the rough stuff.

Norco has used Ride Aligned geometry for a few years now, and the Range has taken the size-specific Geo to the next level.  Not only do they lengthen the chainstays as the front end grows to maintain a centred rider mass. They are now steepening the head angle on smaller sizes. While an extra-large has a 63-degree head angle, large has a 63.25, smaller sizes steepen .25 degrees down from there. Slacker head angles require more weight on the front wheel to maintain traction. Norco believes this may lead to smaller/shorter riders’ weight being too un-centered. The steeper head angle combats this as they won’t have to lean forward as much, smart move Norco! 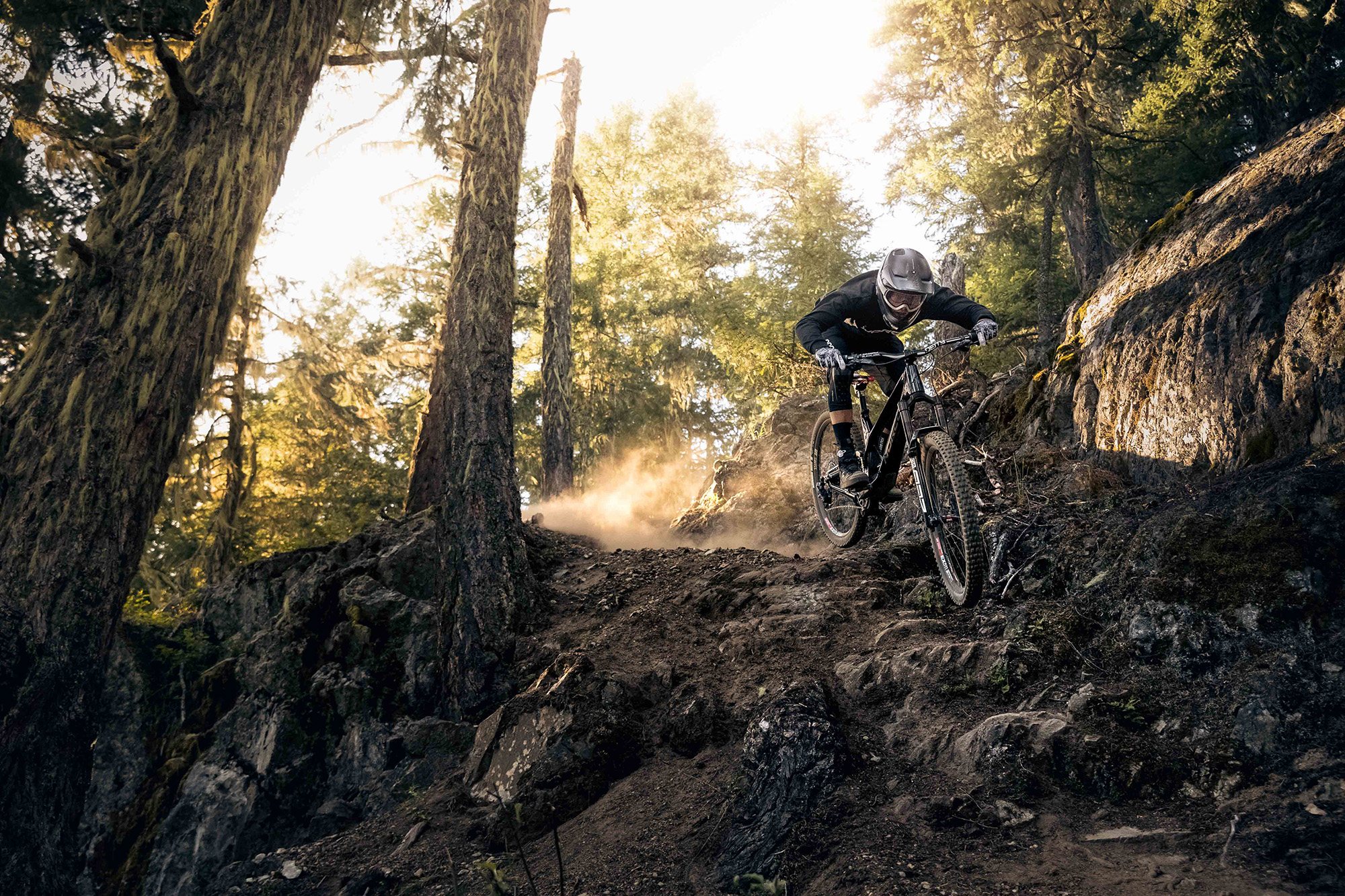 Due to the complex tube shapes, the new Range will only be available in carbon. The kinematics tuned into the suspension have been optimised for coil shocks, leading to a planted active suspension system. All models come spec’d with a Fox DHX2 rear shock and a ZEB or FOX 38s upfront. Everything points to a descending monster ready to eat up the roughest trails at maximum speed.

The top two models are running SRAM Eagle drive trains, with the top-level model running x/xo1 and the 2nd tier has GX. There is an entry-level option running a Deore/SLX mix. While we are used to seeing Race Face components used in the cockpit of Norco’s. On the top two levels, there is a nice mix of Deity bars with DMR death grips. Norco even went to putting thin grips on smaller sizes and thicker grips on the larger sizes. Lastly, while the lower two models have E-Thirteen wheels, the top-spec model has WeAreOne composite rims laced to Onyx hubs. A wheelset, so bling that it alone is going to lead to some PB’s on the way down.

Everything about the new Range points to an absolute monster on the descents.

The active rear end, bulky spec and progressive Geo all point to a pure thoroughbred for racing. The HVP Range looks damn sexy and aggressive in photos; we can’t wait to see if it lives up to the hype once we get our hands on a test bike in the near future.

Range models that will be available here in Oz: