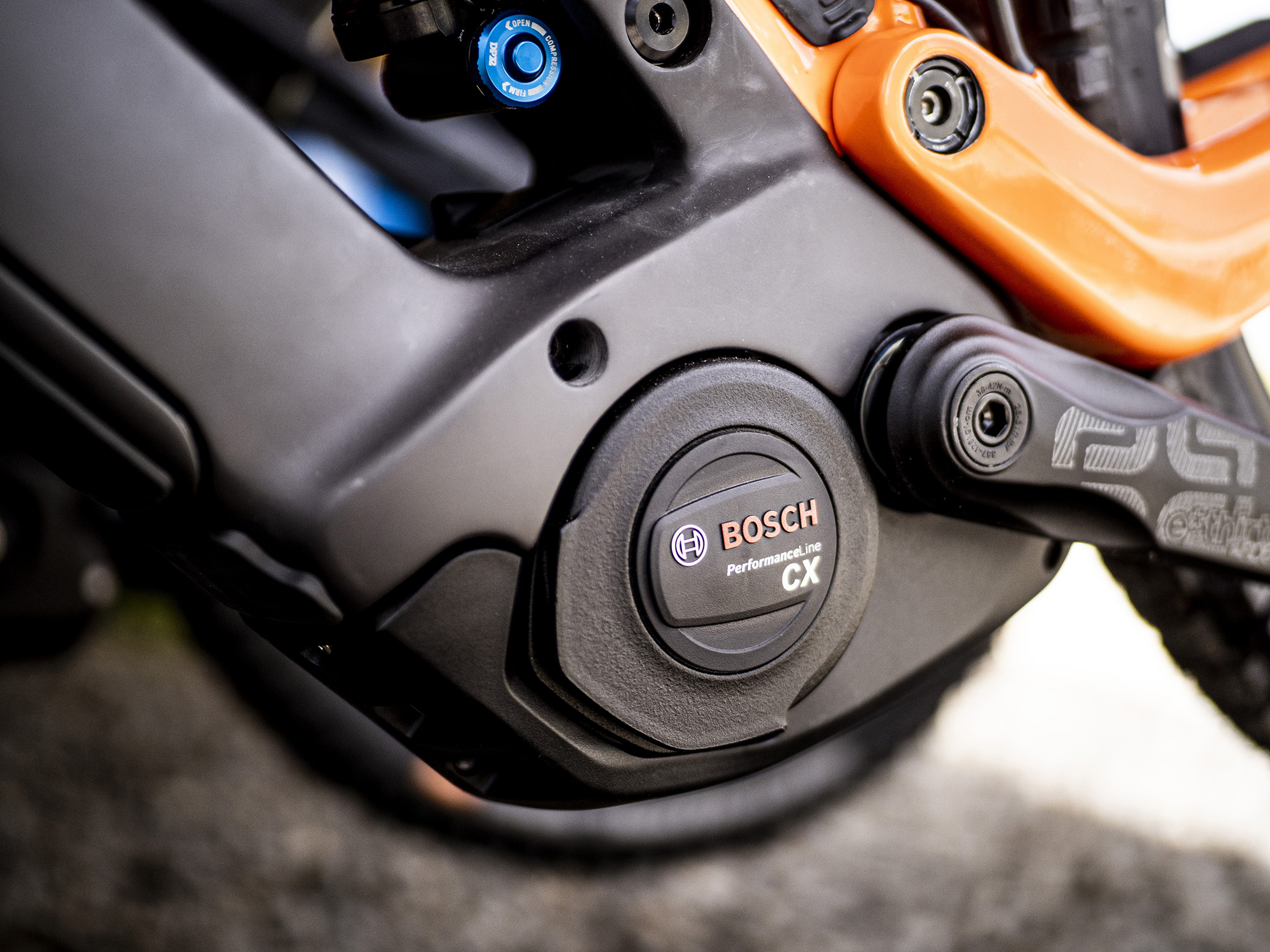 Perhaps the most anticipated engine upgrade in all of e-Biking to date, when Bosch finally unveiled their latest power unit last year there was a lot to get excited about. The overall power unit itself claimed to be much smaller and lighter than the previous model and hidden away inside the unit was a heap of new technology which promised to greatly performance and ‘feel’.

If you’ve been reading [E]volution for a few issue then you’ll already know all of these claims though because we reported on it six months ago when the motor was first announced. The problem was, no one was able to get their hands on a bike with the new motor to see how it actually performed in real life. We waited, and waited… And then finally  we got a phone call from Bosch Australia asking if we’d like to fly down to Tassie to spend a few days test riding a handful of different bikes which feature the Generation 4 motor? Our answer was of course a no brainer. We are always stoked to head back to Derby and Bosch had also scheduled this trip to coincide with the opening of the amazing new St Helens / Bay Of Fires trail as well. 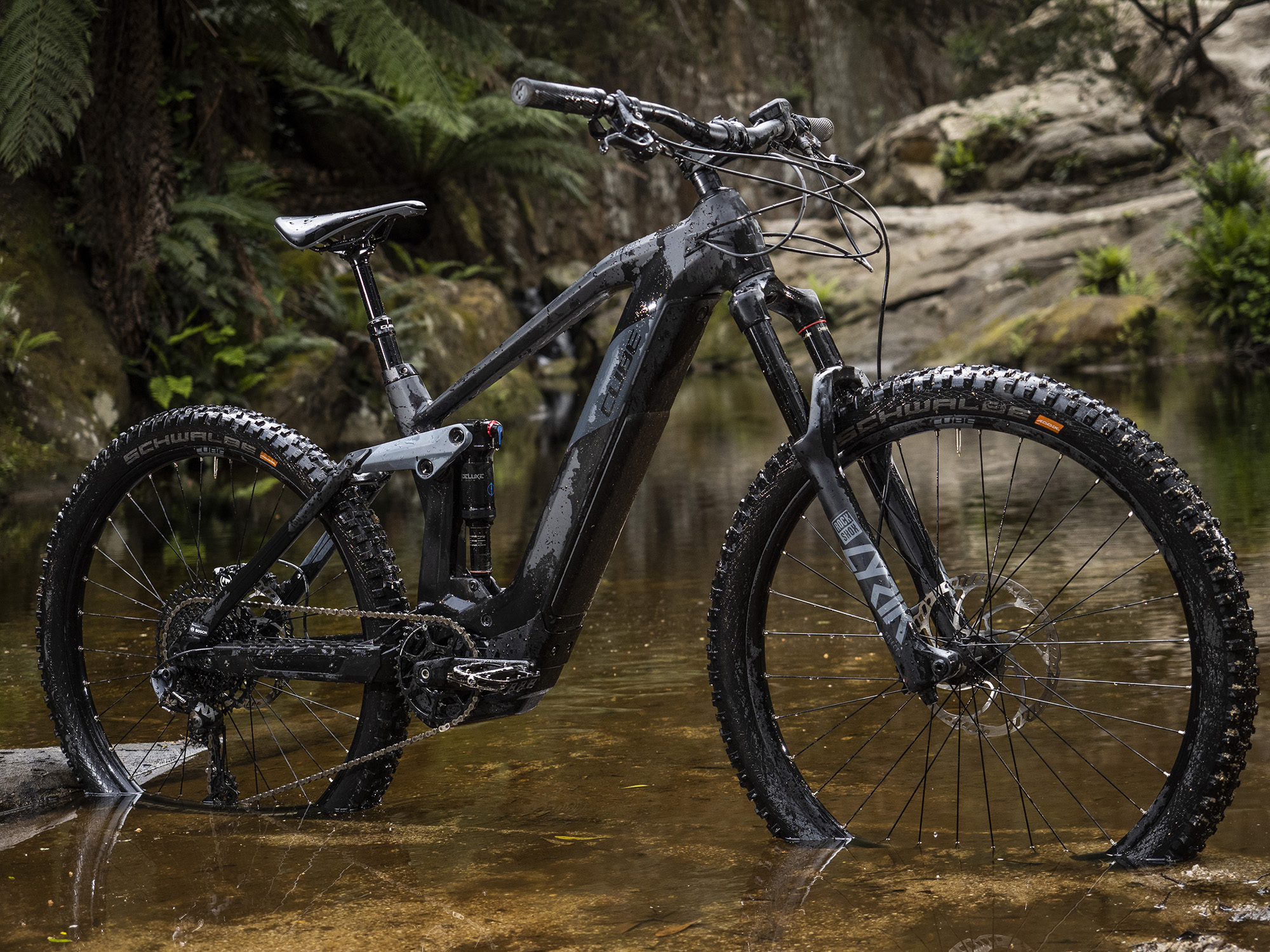 Bosch have been making e-Bike motors ever since e-Bikes have been a thing, and despite having a high level of technical ability and functionality, their top of the line Performance CX motors have been somewhat bulky to say the least. So it was great to see that the new Generation 4 motors are much smaller and neater, with both the motor and battery being slimmed down to fit neatly into the frame design on all the bikes that we tested. Thanks to the new Generation 4 having been on a serious diet, Bosch have been able to shave an incredible 1.1 kilograms off the weight of the motor. In the MTB world, where it can cost a bomb to shave 200/300 grams off the weight of your bike, Bosch somehow managing to shed 1.1kg from their new motor is nothing short of HUGE! The main reason for this loss of weight is the removal of the old internal step-down gears, required to provide the correct torque at the right RPM as the old motor spun at around 3000rpm.

They have now managed to develop a new motor that spins a lot slower, while maintaining the right amount of torque, so the step-down gearbox is no longer required.

It has to be said, Bosch are not screwing around when it comes to their commitment to e-Bikes. They are the market leaders in e-Biking motors and for good reason, their motors are bloody good! Their offices in Australia and New Zealand have a dedicated team devoted to providing nothing but the best service to e-Bike riders. With over 70 different bike brands now using Bosch motors, Bosch are continually investing in customer support and product development, and it really shows for their 2020 range.

Visually the new motor is much more appealing than the older Performance CX models. Gone is the tiny drive gear, which has now been replaced by a standard looking MTB chain ring. The motor is also now able to be mounted in a way that makes it easier for frame designers to blend it seamlessly into the down tube. Don’t let all this talk of slimmer and lighter give you the impression that the new motors are lightweight in performance, even though it is smaller and lighter, the new Gen 4 still provides a max 75nm of torque to help you smash out the climbs. Plus, the e-MTB mode can provide up to a massive 340% of your power input, while actively reading the power you are putting into the cranks and seamlessly matching your power input with the correct amount of motor support.

Along with the new Gen 4 motor, Bosch have also released the new Powertube 625 battery. They have had the 400wh and 500wh batteries for a while now but, for some people who like to ride further or harder, these haven’t been enough. Like all other Powertube batteries the 625Wh sits seamlessly in the down tube for a beautiful slimline appearance. Thanks to the Fast Charger from Bosch the battery can fully charge in a measly 3.7 hours ready for another big day on the trails. Unlike some other in tube batteries, the Powertube can be swapped out easily for another charged battery if you want to do a quick swap and continue.

Just when you thought that all this innovation was enough, Bosch have also launched 2 new display options for the Gen 4 motor. The new Kiox display is their proprietary display that now mounts directly to your stem cap for a neat central position. Gone are the bulky displays of the past with this new display looking much like a regular bike computer in size. With a bright colour display and a new level of connectivity via Bluetooth, you can see a whole new amount of information with systems like Fox’s Live Valve able to be integrated into the one display. The Kiosk display is also able to take GPS data from your phone or data from a heart rate monitor and combine it with the data from your E-bike to give you a full rundown on your ride.

The second new option is the Smartphone Hub integration display. The system is basically a high-tech phone holder that connects to your phone via Bluetooth, essentially turning your phone into the bike computer. This system can provide Navigation, Live weather, Fitness data and has the ability to update your bike wirelessly. The Smartphone Hub also charges your phone on the fly so you won’t get stuck with a flat battery out on the trail.

The bottom line with all the new tech, more powerful batteries and massive weight saving is that Bosch have firmly positioned themselves back at the top of the heap when it comes to e-MTB motors and batteries. The new levels of integration, improved visual appeal and the amount of connectivity make this complete system a powerhouse that will almost be unbeatable. 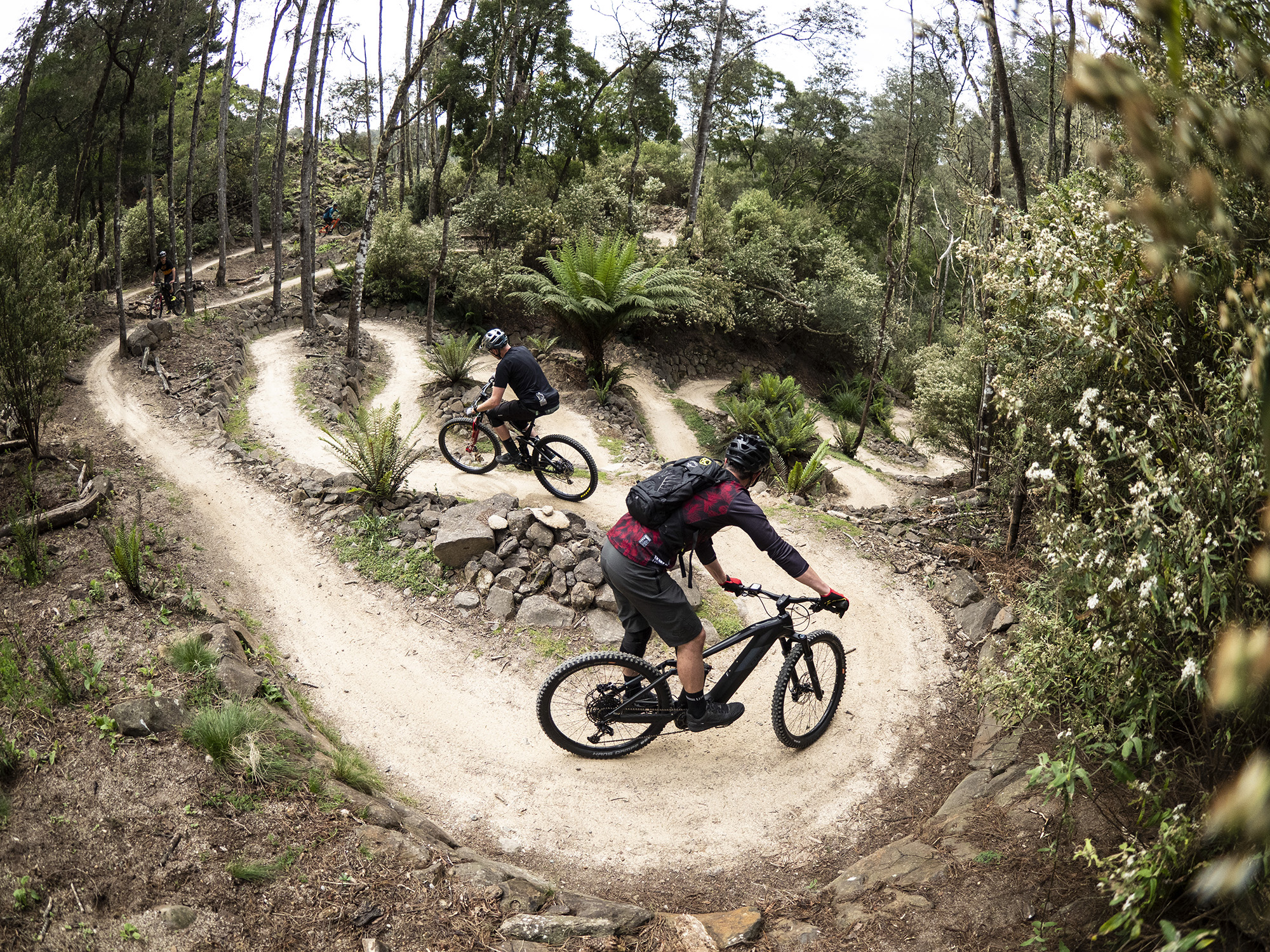 So how did it all feel out on the trail. Our weekend in Tassie started with a full day riding the awesome trail network at Derby. It didn’t take long for us to get used to the new Gen 4 system, even though there are multiple power settings for the new motor we found that switching straight to e-MTB mode was the best way to go. In this setting the motor senses how much power you are putting into the cranks and instantly applies up to the full 340% support. The power was applied in exactly the right amount for the trail requirements in front of you, the system is quick to respond to your inputs and there was no noticeable lag in power application when it was needed.

If anything, you needed to get used to easing off on the power for corners, which is a weird sensation when climbing. If you attacked a corner as you would on a non e-BIKE the motor would sometimes feel like it was applying too much power and have you railing the berms on the way up. Another great advancement for the Gen 4 motors is that there is now no resistance once the bike has gone over its assistance speed limit of 25km/h. With many older models there was a definite feeling of drag though the cranks when the motor cut out, whereas the new motors still allow the bike to feel somewhat lively, even though the loss of power is of course instantly noticeable.

Our second day out on the trails with the Generation 4 motors took us on the new St Helens / Bay Of Fires trail, which actually opened the weekend we were there. This 42km back country trail is truly amazing and was a perfect ride to check out all the benefits of the new motors and batteries. The new trail starts off with 20km section of mostly descending single track with stack of berms, jumps and different line options. You might think that a descending flow trail is not the place to experience all that an e-MTB has to offer but we found that extra squirt of power on small pinch climbs and out of corners really helped keep you riding at 100% the whole way down. The new lighter Gen 4 motor also made all the bikes we had ride more like non e-Bikes when it came to jumps and gaps, where any additional weight can take away from the experience.

The second section of the Bay Of Fires trail is where our e-Bikes really came into their own with around 10km of undulating fire trail that would have been chore if it wasn’t for some motor support. The e-MTB mode had us flying along bouncing off the 25km / hour speed limit without really exerting much energy and got us to the final section of single track feeling fresh and ready to smash out the last 10km.

After reaching the end of the ride at the amazing Bay Of Fires and checking out the crystal blue water, white sandy beaches and iconic orange rocks we headed into St Helens for lunch and then back to Derby. Ever after a 42km ride (which would usually have been enough for me) we still managed to get in a few extra laps of my new favourite Derby trail “Air-Ya-Garn”.

Our batteries still had enough juice for 3 laps back up the shuttle road for “Air-Ya-Garn” laps, which we were actually lapping it quicker than the crew on the shuttle bus…

All up over the 2 days in Tassie we covered around 100km on a variety of bikes all fitted with the new Generation 4 Bosch motor and Powertube batteries and I’m pretty sure it’s safe to say that everyone on the crew was loving the new gear. I feel that e-Bike motors and batteries should just do their thing without you even really knowing that they are there, and the new Gen 4 set up does just that.

Charge your battery, set the motor to e-MTB mode, head out for a ride and just let the Bosch tech take care of the rest… Sounds pretty perfect to us! [R]