Far from your ‘run of the mill’ everyday Toyota Corolla type affair, the Traverse SL Fatties from Roval can be considered as the Porsche 911of the MTB wheel world. We’re talking high-end, we’re talking premium quality, what you’re looking at here is a serious performance enhancing upgrade.

We’ve been testing this wheel and tyre combo from Specialized for the past few months on a ton of different trails and under pretty much every weather condition (including a little snow). Suffice to say they haven’t skipped a single beat the entire time. We never needed to reach for a spoke tensioner and we never even had to repair a flat tyre. 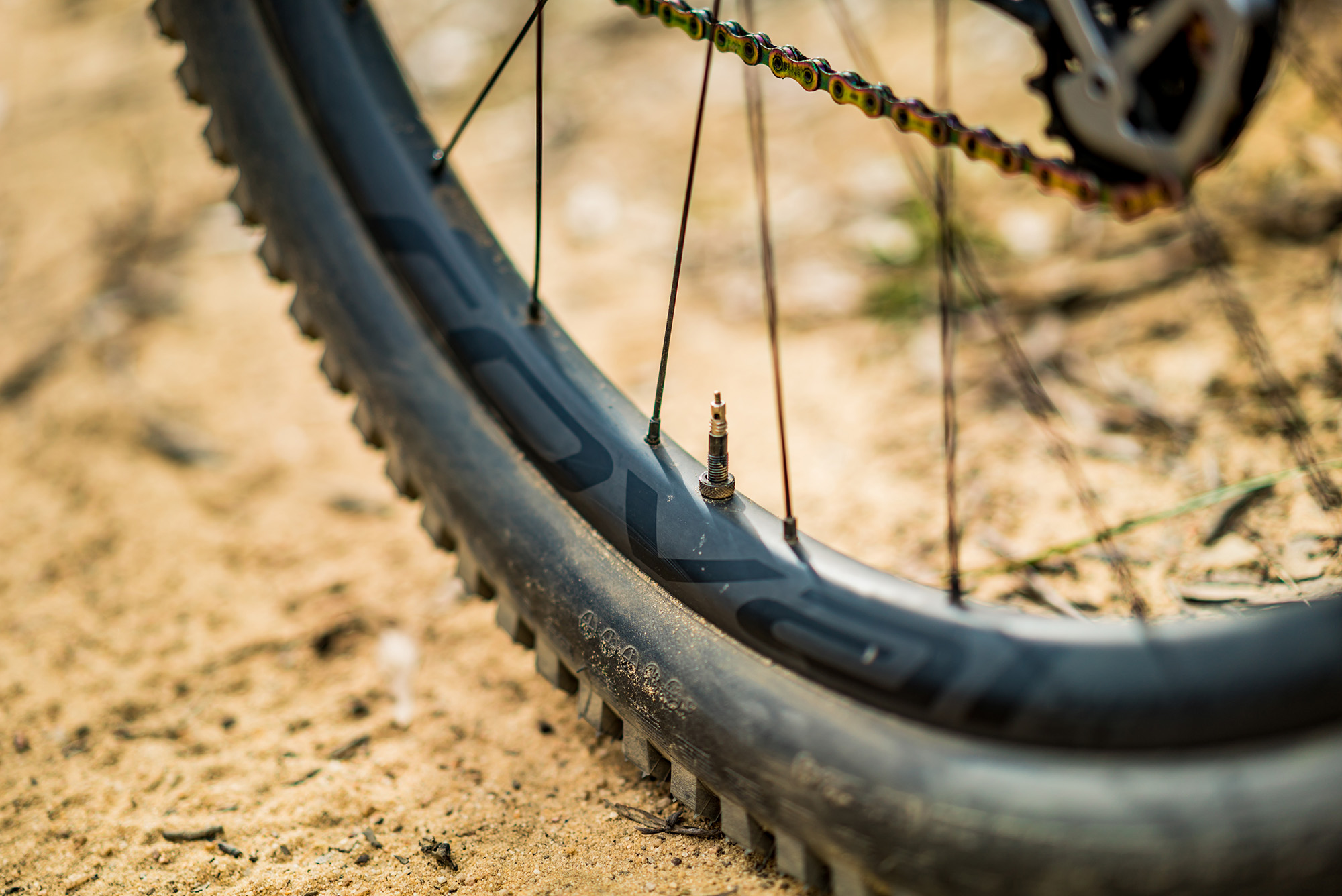 Tell us about Roval?

Roval is Specialized Bikes own wheel brand and they produce some of the industries highest quality wheels. What we find a little frustrating is that because Roval and Specialized are the same company, generally speaking, riders that don’t ride Specialized wouldn’t give Roval a second thought when they’re in the market for a set of wheels. Which sucks, because the fact is Roval make some of the best performing wheels of any brand out there. A similar thing can be said for Specialized’s tyres, a lot of riders probably won’t consider them if they don’t ride a Specialized. We think this ‘taboo’ is a shame and we’d definitely encourage you to take a closer look at their wheels and rubber next time you’re considering an upgrade.

Lets cut straight to it, how do they ‘feel’ out on the trail?

The Traverse SL’s have been designed to hit the sweet spot when it comes to weight and stiffness. Of course, determining wheel stiffness isn’t all that easy when you add big tyres and softer pressures into the mix, however I can say that the Traverse SL’s feel lovely and balanced. Whether you’re hammering down a gnarly tech piece of trail or just cruising along through some flowy switch backs, these wheels delivery a really nice constant feel and they do a great job of silencing all that trail ‘noise’ and chatter that a lot of other wheels tend to create.

What about the rim width?

The Traverse SL Fatties deliver compliance and confidence in bucket loads! As you’d expect from the 30mm internal rim width, the increased tyre volume does offer that bit more comfort on really rough trails, and we’ve had no problems with tyre support or burping when running pressures a good few psi lower than our standard 25psi front, 28psi rear set-up. I’m a big fan of wide rims because you can really notice the increase in grip, and with all that extra bite I feel like I can corner harder and generally just have more confidence that the bike isn’t going to washout when I lay it over. Why the heck did we all run skinny little 20mm rims for all those years?!

Dollars wise how do they stack up?

$2800 is a ton of cash for sure, however we are talking about some of the best performing wheels in all of mountain biking, and when you consider that they are nearly a full thousand dollars less than the top offerings from ENVE and Crankbros, then all of a sudden the Roval Traverse SL Fattie’s start to sound like pretty good value, eh! 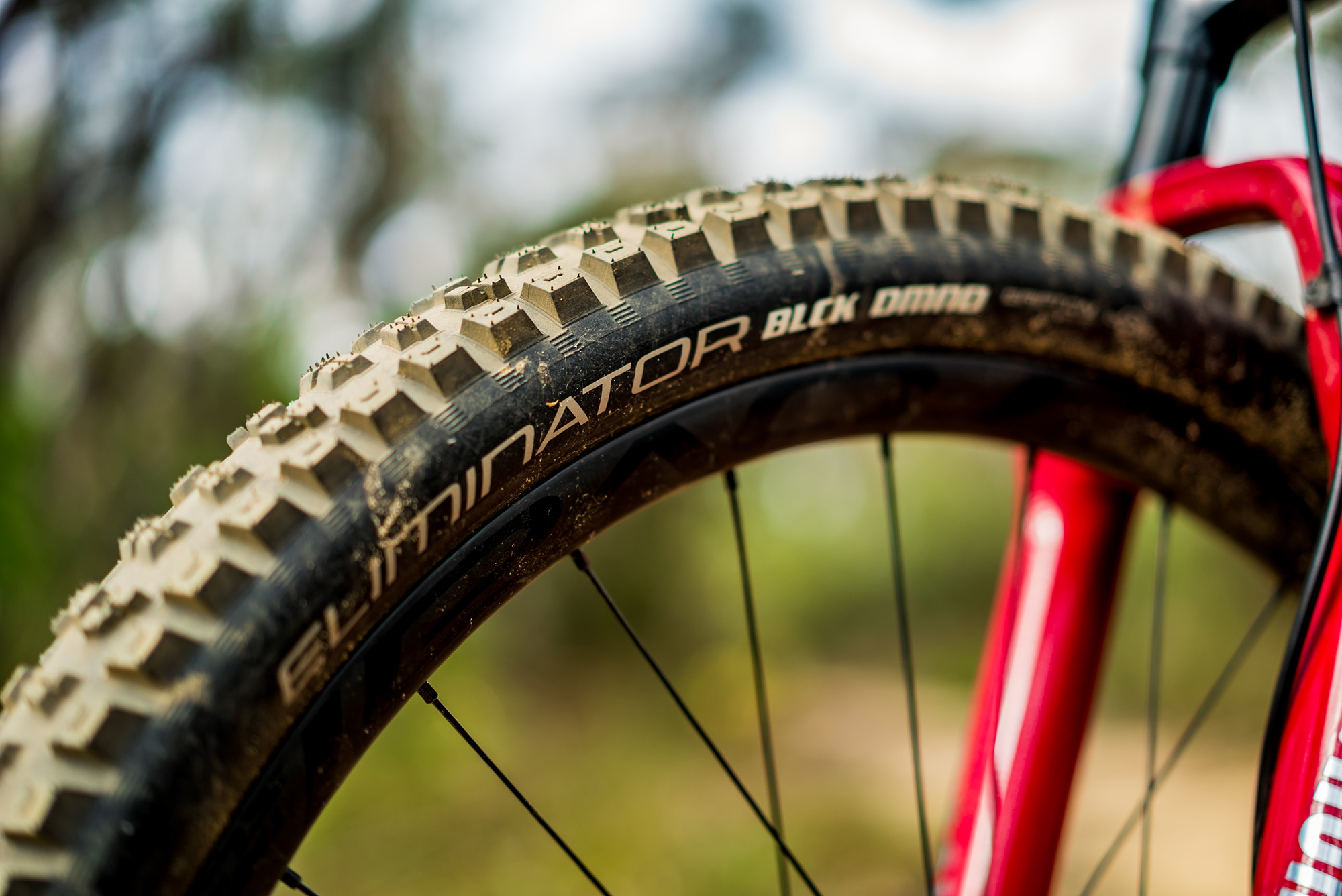 Let’s talk tyres, what is BLCK DMND all about then?

BLCK DMND is essentially a casing technology which features a partial “Flip-Up” ply layer that offers additional double-ply sidewall structure and protection, while keeping just a single-ply of protection under the central crown of the tyre.

There’s also a rubber apex layer that’s thicker around the bead area, and then thinner towards the shoulder knobs, a design that’s intended to help prevent pinch flats by protecting the tyre’s sidewall from being sliced if it bottoms out against the rim. How all that actually translates to the tyres performance out on the trail is that it allows the tread area itself to be more flexible and deforming which provides more grip.

What kind of rubber do they use?

They feature a special proprietary compound known as Gripton which can be found in all of Specialized’s premium tyres – both MTB and road. As the name suggests Gripton rubber is super grippy. It’s also a really soft rubber but interestingly we’ve always found Gripton tyres to wear quite well and last a long time. The rubber also features great rolling resistance.

How does the Butcher perform?

The ‘Butcher’ tread pattern has been around for years. Sam Hill actually played a big roll in developing them back in the day. It’s a tread pattern that performs really well in most trail conditions but they really excel on super dry, dusty trails. You can run them front and rear however we tend to run them only on the rear as we like a tyre with a more open tread pattern up front (no awards for guessing why we opted to run the Eliminator on the front during this test, eh!). The tread blocks on the Butcher BLCK DMND feature a sawtooth design which help to increase the tyres stability under load and provide extra ‘bite’ on those lose trail surfaces. This in turn improves rolling speed as well as control under hard braking which we found works really well when you want to flick the rear of the bike around corners.

And what about the Eliminator then?

The Eliminator has been in Specialized’s tyre line up for years but it recently received a facelift, and it now features an aggressive block design with a well-balanced tread pattern. Those prominent transition knobs help bridge the traditional channel between centre and shoulder knobs which makes laying the bike over and changing direction feel nice and consistent. This is one of the main reason we feel the Eliminator is really well suited as a front tyre.

Value wise how do these BLCK DMND tyres stack up?

Both of these tyres retail for the same price and at just 70 beans a piece they are a straight up bargain! We’re talking $30 a piece less than most Maxxis and a ton cheaper than other (similar) premium gravity tyres on the market.

How do these guys compare to other decent tyres?

Grip, fast rolling, puncture resistance and durability are the key attributes to a good tyre, and the BLCK DMND Butcher and Eliminator get a big tick of approval in each of those categories. We reckon they easily hold their own against each of the other leading tyres on the market in terms of all-round performance. And when you consider they only cost $70 they’re practically impossible to look past. If you haven’t ridden a Specialized tyre before, give these a go for sure. Eliminator on the front, Butcher on the rear, you won’t be disappointed!

BLCK DMND offered in 3 treads; Butcher, Eliminator, Hillbilly. Available in either 27.5” or 29”