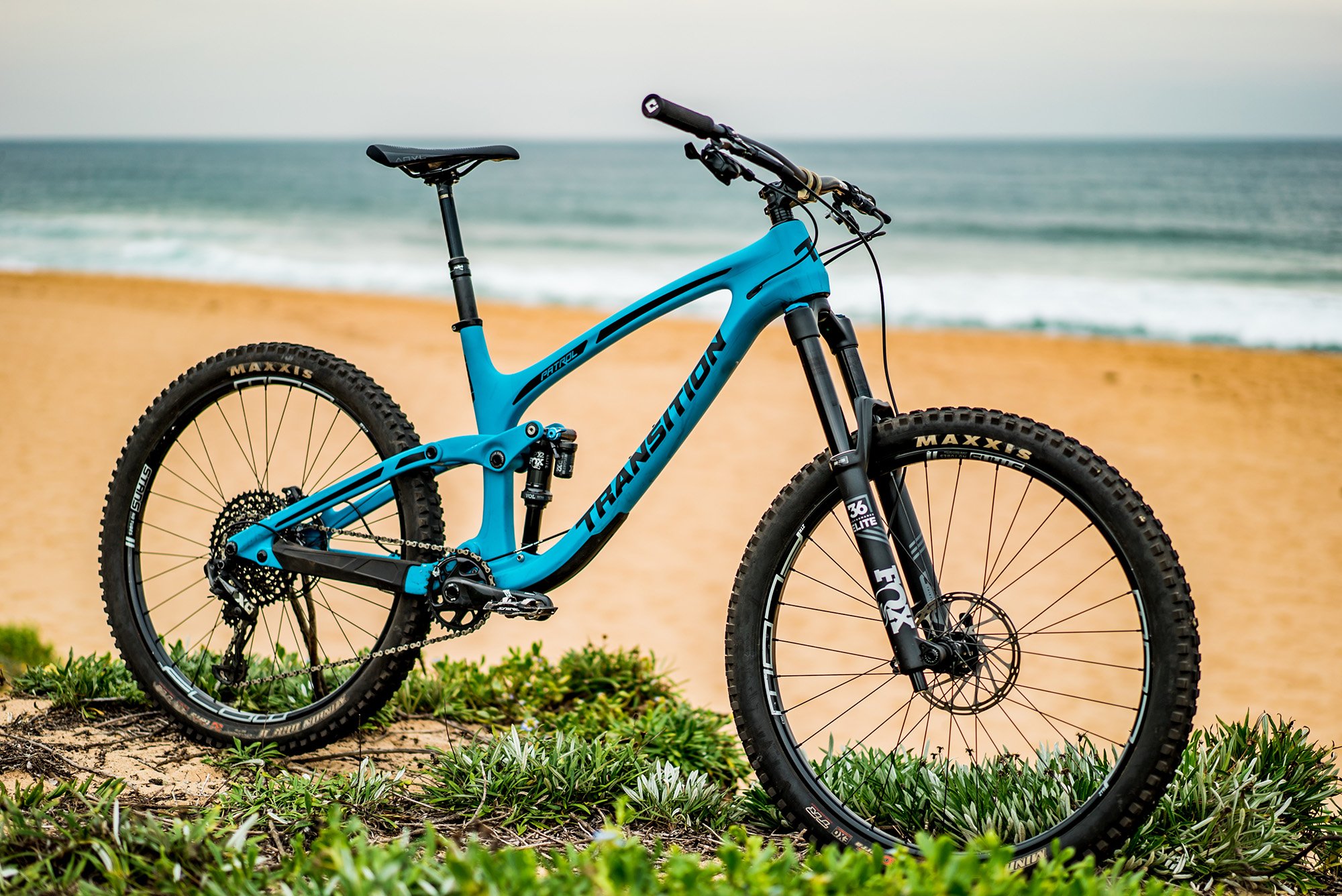 Who likes to Party? Yep *hand up* we like to Party. But you know who apparently likes to party the hardest? Tran-sition-bloody-bikes! We’ve now reviewed several of their 2019 line-up and they’re only getting more and more wild.

But when it comes to the pure party animal then look no further than this beast, the latest generation ‘Patrol’ is carbon. As we told you punks in our previous issue of [R]evolution we were lucky enough to get our grubby little hands on the new carbon Patrol for a long-term review. Let’s just say the near endless trail limits of the Patrol has slaughtered us all summer long, but guess what? We’re battered and sore but we can’t wipe the smile off our dial and we’re drooling for more. Righty’o let’s get down to the nuts and bolts, the facts and figures. First up there is no big wheeling here people as Transition have stated “the Patrol comes with 27.5” inch wheels to keep the stoke high!” Yep and stoked we are getting our hands on a new Patrol, stoked we were doing the review and stoked to see how damn good this sucker would be to ride.

There can be no denying that we were pretty impressed from the moment we unwrapped this beast, our initial thoughts as we cast an eye over this bad boy left us guessing as you never really know how a new bike is going to perform, so the team at Revolution have taken to the trails and have been slamming this sucker all summer long. We have put this steed through the absolute ringer and to say the least the ’Party Patrol’ was up for the schooling!
This bike could be best described as a longer travel (170 front 160mm rear travel) 27.5” wheeled enduro bike. That may seem a little more travel than some 27.5-inch enduro weapons on the market but keep in mind people this bike has won ‘Bike of the Year’ titles two years in a row.

“With all those luscious rigs on the market these days to be at the top of the list really spells out the attention to detail Transition pay to their lineup of MTB sleds.”

The Patrol is no different and as you’d expect this beast also boasts Transitions’ signature SBG Technology (standing for ‘Speed Balanced Geometry’ but more on that later). It’s also available here in Oz in a choice of 2 colourways; blue (as tested) and matte grey. Perhaps the biggest choice you’ll have to make though is deciding between a full carbon frame or full alloy, both feature identical geometry. Our test sled is of course the carbon version. Size wise we rode a large. Transition weren’t messing around with the stock parts spec on this fine lady either. Up front you get a set of gravity hungry Fox 36’s, match that with a Fox DPX2 Performance Elite rear shock, SRAM X01 Eagle Drivetrain, RockShox Reverb Stealth dropper with the new awesome 1x Remote Lever, SRAM Code RSC brakes, Stans Flow Hubs and Hoops (27.5), Maxxis rubber and the list of bling just goes on and on…

When you look at the specifications of this bike it’s obvious it is designed for the descents. Its long, low, slack geometry is built with all you trail pinners in mind and to provide a rig that is composed under pressure yet remains playful for a shredder who dares to explore the outer limits of the Patrol. Due to the subtle changes in the steep seat angle and supportive SBG technology suspension Transition’s design is to create a more progressive shock stroke providing a nice stable bike on the decent and the climb, our initial thoughts were ‘wow’ they have put a lot of effort into its ability to climb as the Patrol is no slouch in that department. Think about it this way the Patrol’s new design is really progressive in the sense that it is designed to descend a lot like a DH bike yet climb more like a trail bike.

With a 64 degrees head angle and 170mm of fork travel accompanied by 160mm of rear wheel travel front it sounds odd that Transitions could produce a great all-rounder. Sure, critics may tell you this bike is solely built and marketed to be an all-out descender and to be honest we obviously were of the view the Patrol would be a slug on the climbs but as they say assumptions are the mother of all f*k ups as the Patrol was outstanding on the up. 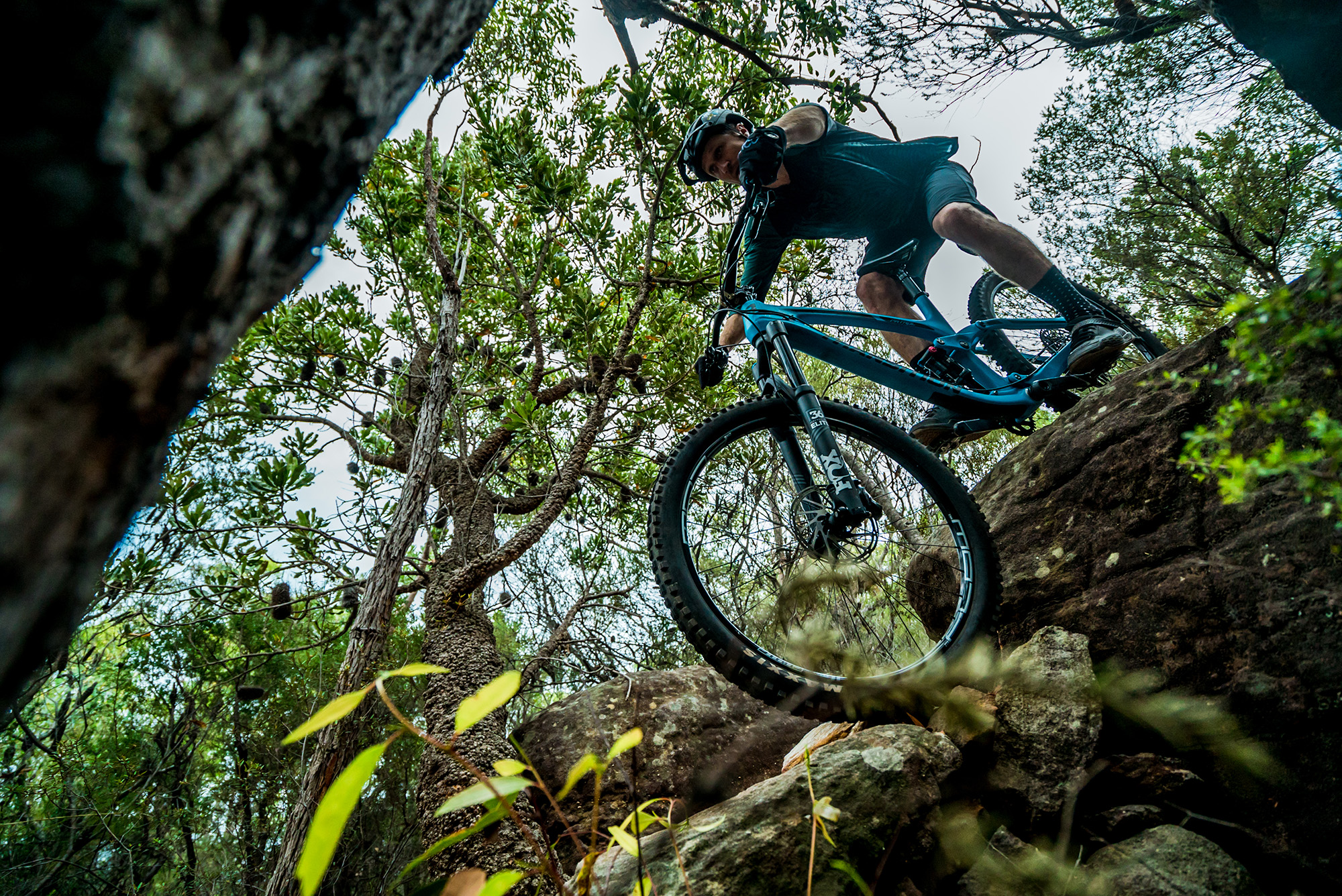 “Wherever we sent this rig, down or up it was in its element, as a matter of fact, on the more uneven technical climbing is where the Patrol really hugged the ground and remained quite composed and effortless on the ascent.”

We were pleasantly surprised with how well the Patrol behaved and pedalled throughout a variety of undulating trails. We even found there was no real need to adjust the shock to a firmer compression setting as the majority of the time we just left the shock setting fully open as we found it enhances traction throughout technical aspects of the climbs and we found we rarely got out of the saddle.

Due largely to the bike’s SBG geometry and suspension design we found there was little suspension squat under load. Overall the Patrol pedaled extremely well and efficient for a long travel enduro rig. Even though this bike was longer in travel in felt very light and lively over a variety of terrain yet very planted through corners and the rough stuff. Descending was super fun aboard the Patrol as it is the type of bike that really encourages aggressive, progressive riding. With that in mind those riders who are prepared to explore the outer limits of the Patrol really are rewarded for their effort because as you can imagine on the decent is where this sucker really did become the life of the party.

If you’re starting to wonder why I keep harping on about the bike’s SBG concept so much it’s because the frame geometry is one of the key reasons as to why and how this bike rides so bloody well. Through tight technical descents, wide open fast chatter, fast flowy single tracks, hucks, jumps, drops and booters is where you really noticed the SBG geometry come into its own. The Patrol ate the terrain for breakfast. The ability to transfer your weight over this rig easily delivered a lot of traction between wheels which was effortless. Even under traction loss the bike remained super balanced, confident and controlled, especially through the fast open rough terrain the Patrol was nice and subtle. The whole SBG thing actually feels super subtle over light trail chatter which projected heaps of traction to the rubber below. Over the hard hits, and heavy rock edges this rig felt as confident as a DH bike as the suspension platform at times felt bottomless, in fact its ability to maintain momentum was a real positive trait more closely attributed to the characteristics of a 29’er.

Suspension setup is always going to be a personal thing, it will always depend on where you ride, how you ride and what you like in your personal characteristics of any bike. We ran the rear sag about 30%, we played a little with the rebound and we setup the shock with it set in fully open. We found that it made the shock a little too stiff in the trail setting however we ran the shock full open 90% of the time, so it was a non-issue. The rear shocks are tuned to work with what is referred to as the ‘Giddy Up’ design. It basically gives you options in the sense you have options for increasing or decreasing progression of the shock by adding or removing volume spacers.

After only minimal tuning and we were really surprised how quickly we ‘got used’ to the ride position and feel of the Patrol. In terms of spec of frame aspects that we’re want to change or replace, to be honest, nothing comes to mind. This bike is ready to party straight out of the box as is. Transition have really delivered an animal of a bike that is really on point. Believe it when we say it people the Patrol rocked our world. We partied day and night aboard the Patrol and even when the ugly lights came on at the end of the DJ set, we still wanted to take the ‘Party Patrol’ home. You can tell these bikes are built by people who know the ins and outs of a good time, built by riders for the riders who are serious about their time to shred. Sure, not everyone needs all the bells and whistles and sure some of the more boutique rigs on the market may be out of the budget of some. 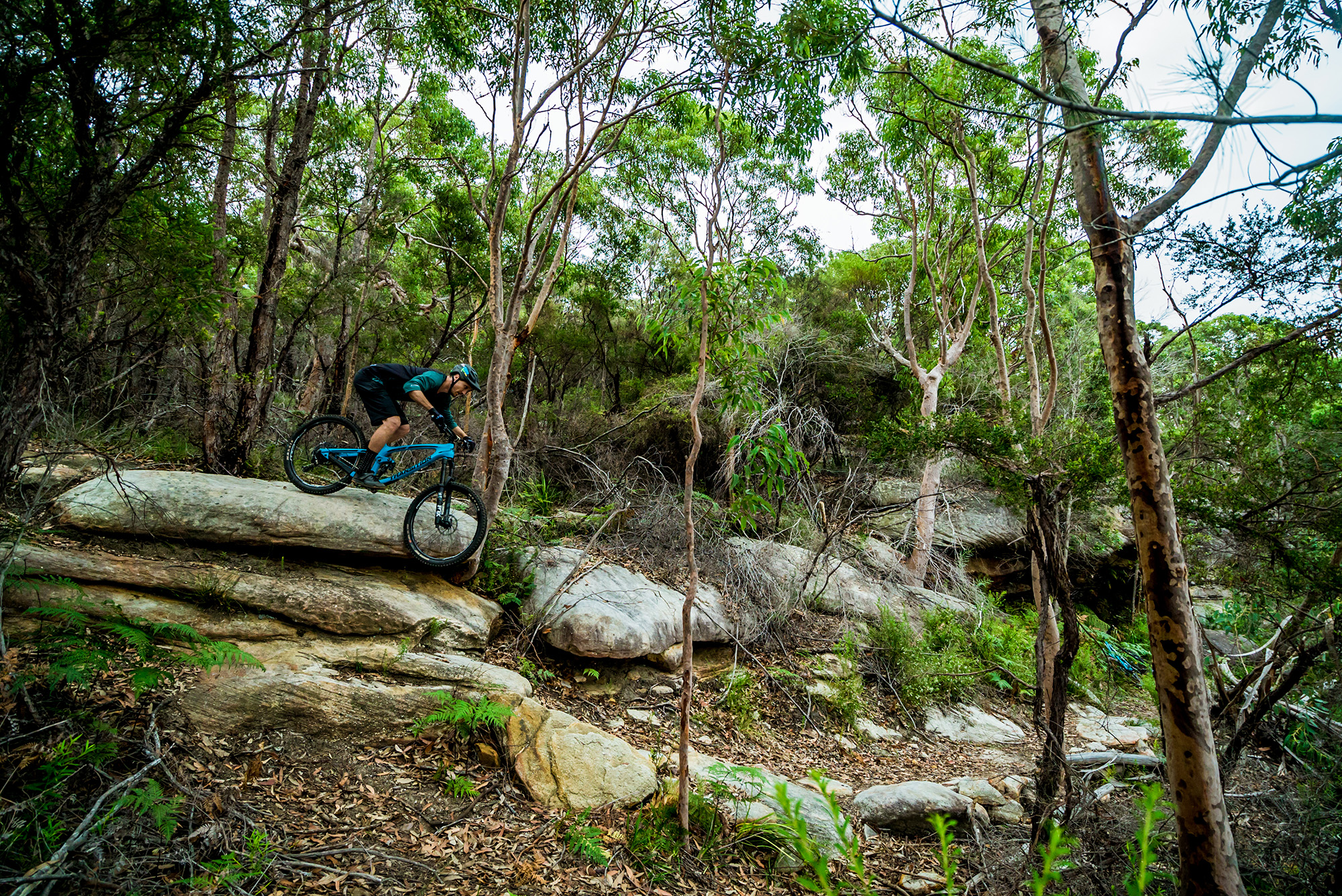 Well the crew at Transition have considered this so keep in mind they offer this bike in a number of different build options including an alloy version for all you old school hard core Punk Rockers. You see a lot of the die hard racers committing to 29’r these days so if that’s your flavour you may want to consider Transitions ‘Sentinel’ yet if you’re the type of person who loves descents, wants a bike which climbs super well for a big rig, is awesome fun to ride and is damn rowdy at any party then the Patrol should be your next weapon of choice. To sign this off I’m going to give you some words of advice, ready? Life is short and you don’t get to party all the time, but when you do, be sure to make it count!