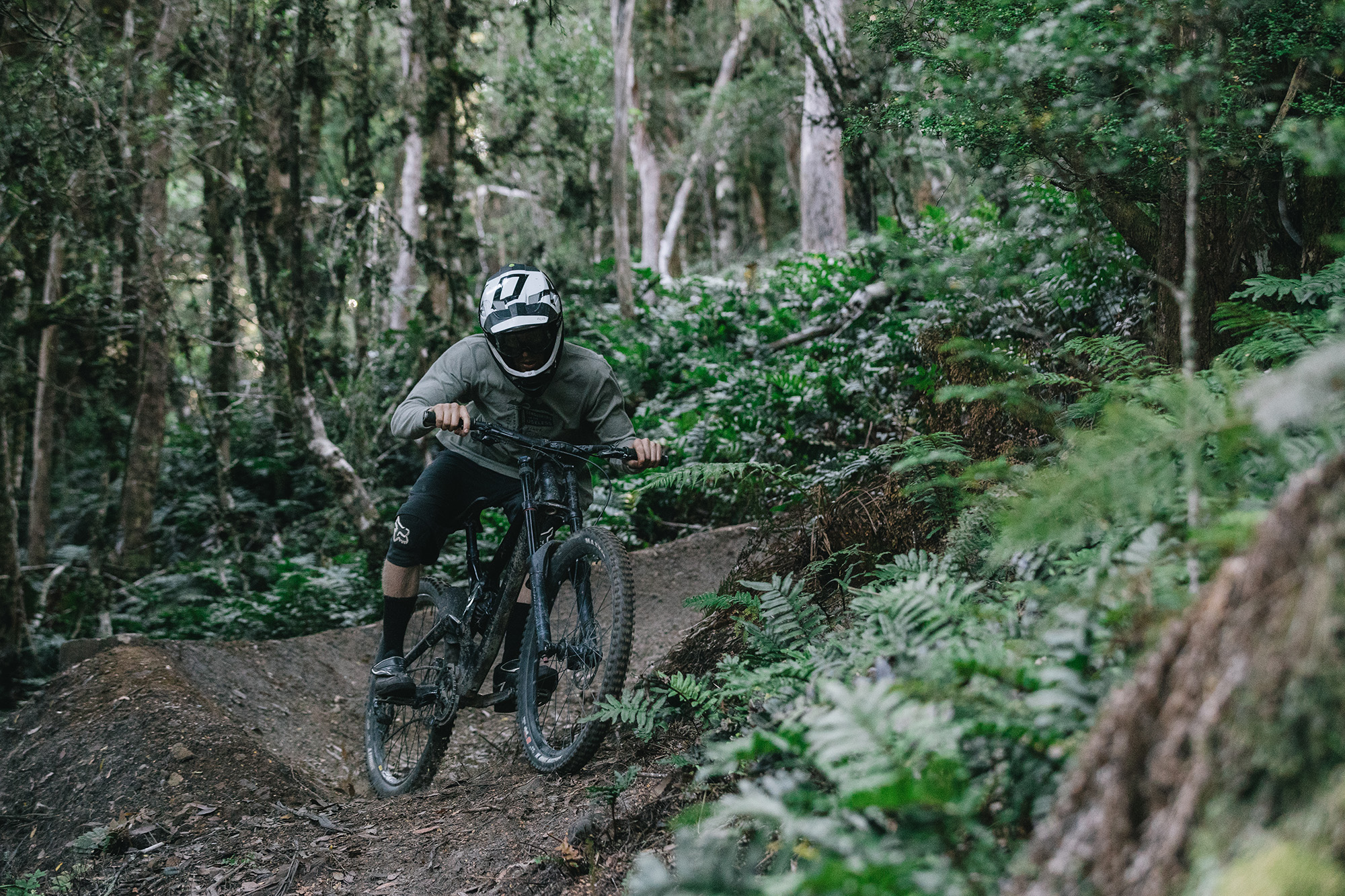 It’s a brisk Thursday morning as we race our way up the mountain. The loud roar of the Honda’s engine confirms ‘we’re on the clock’.  Kenny tests his limits on the double track. I’m sitting centre, with Baxter on my right.  A collective shiver happens on cold mornings like these.  Wearing old full-face helmets from the rental shop paired with our favourite goggles. The decision to wear your best goggles seemingly ends with them being lost in the back of the work truck amongst piles of empty grease tubes and ratchet straps.

Watch the video above and read on!

We arrive at a checkpoint along the access track.  A moment briefly spent huddling around the exhaust passes; we warm our frozen hands and shut the engine off, thus relieving the buggy of any further thrashing.

We grab our tools and make our way down to the flagged alignment, looking for a way to start the trail.  We get to work.  Our production line forms as we slowly begin falling into the flow of the new build.  Kenny and Baxter are already setting up the winch, preparing to move rocks into place for the first corner.

Deep in the forest, issues are constantly dished up to the trail crew in a range of forms; large old-growth trees stand right where a switch-back is planned or other obstacles such as rivers, cliff-lines or what we call ‘parts of the world’.  An inevitably frustrating rock shelf is revealed just inches below the soil’s moisture rich surface.  We care for our forests. We not only have a responsibility to build trail that rides well, but also that which is sustainable and has as little environmental impact as possible.  For this we begin improvising.  Moving farther and farther from the flagging, we cut our own path and slowly introduce our own features.  We gradually change the vibe of the trail that we were originally sent out to construct.

Walking ahead into the knee-deep ferns Kenny shouts out “Let’s go for a walk”.  This area was more than an aesthetically pleasing zone.  We wanted to create a trail that was different, a trail that combined technical off-camber with large built up berms.  A number of guys pass through our build to help out.  Swapping out like tyres on a trail bike, different sets of hands would hit the dirt for periods of time.

It’s now a Tuesday morning.  A slightly warmer breeze blasts into my face as Carl sits behind the wheel.  With his hands gripped at 10 and 2, we rally up the rocky, worn out double track ready for another day on the tools.  Carl notes the progress of the build and comments on the cleanliness of our vegetation dispersal, “Have you guys just been using the Whipper Snipper?” asked Carl.  “It looks like you’ve been blazing metres!” 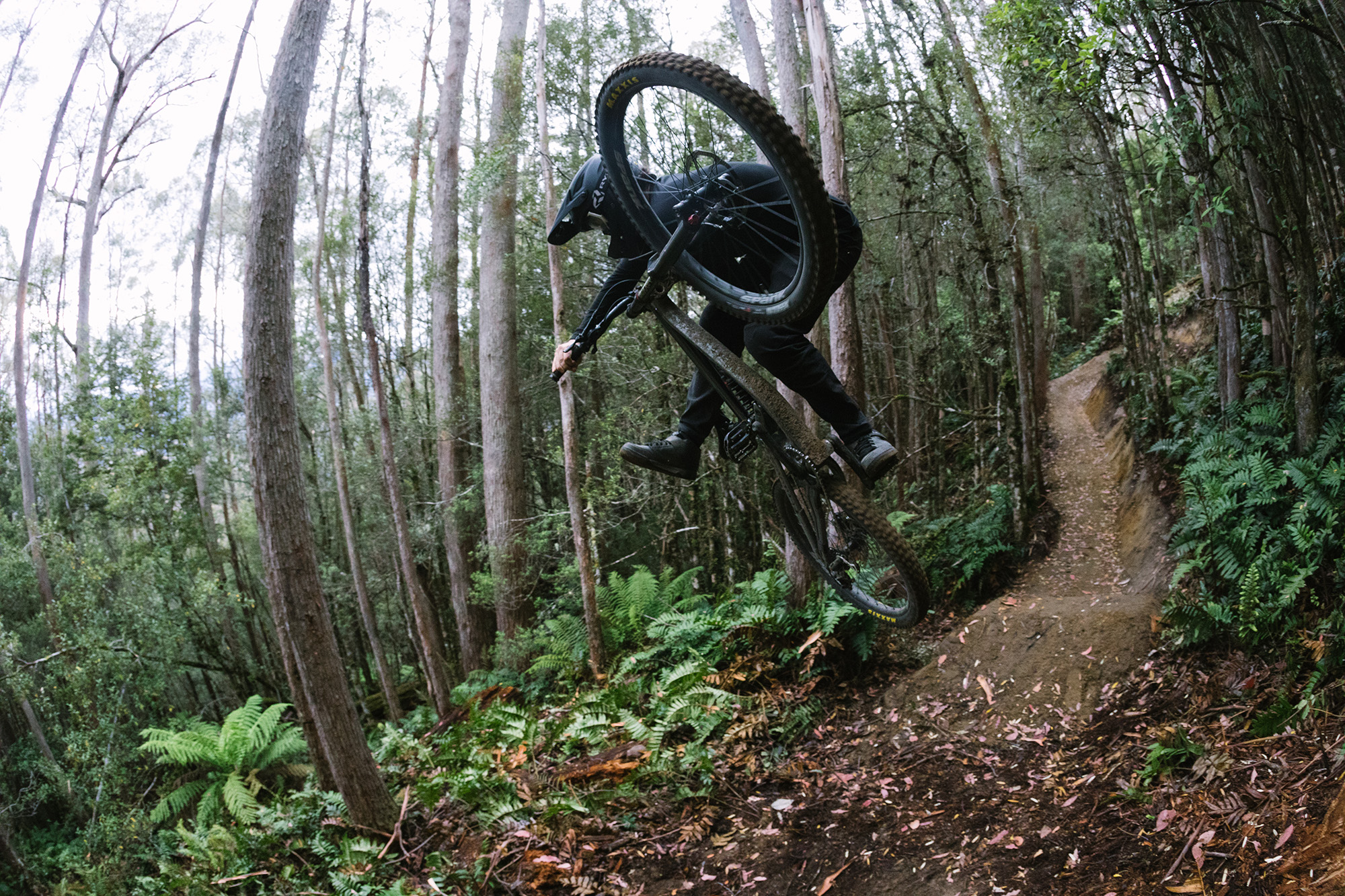 Leaving minimal footprint is so rewarding. Using only a Whipper Snipper to remove the ferns heads and purposely leaving the roots behind means the soil remains held in place; it will last longer, with the trail holding up better in wet conditions.  Not to mention, no bench means off-camber, which can be led into an enormous catch berm that rides like a ‘bat out of hell’.

Carl and I work together.  Setting winch points off trees, we move rocks to the shape of a turn.  As the morning progresses, our rock wall grows taller and taller.  With it now taking the shape of a retaining wall, we back fill a little behind each row of rocks to ensure there is no major compression in the trail surface.

Carl shouts out, “Can you grab me a larger sized toaster?”  I’m part way through popping one with the bar and respond with a sarcastic smirk and “Just keep an eye out, this one might…”  The rock shifts onto my right wrist, catches my glove and slips through my grasp. 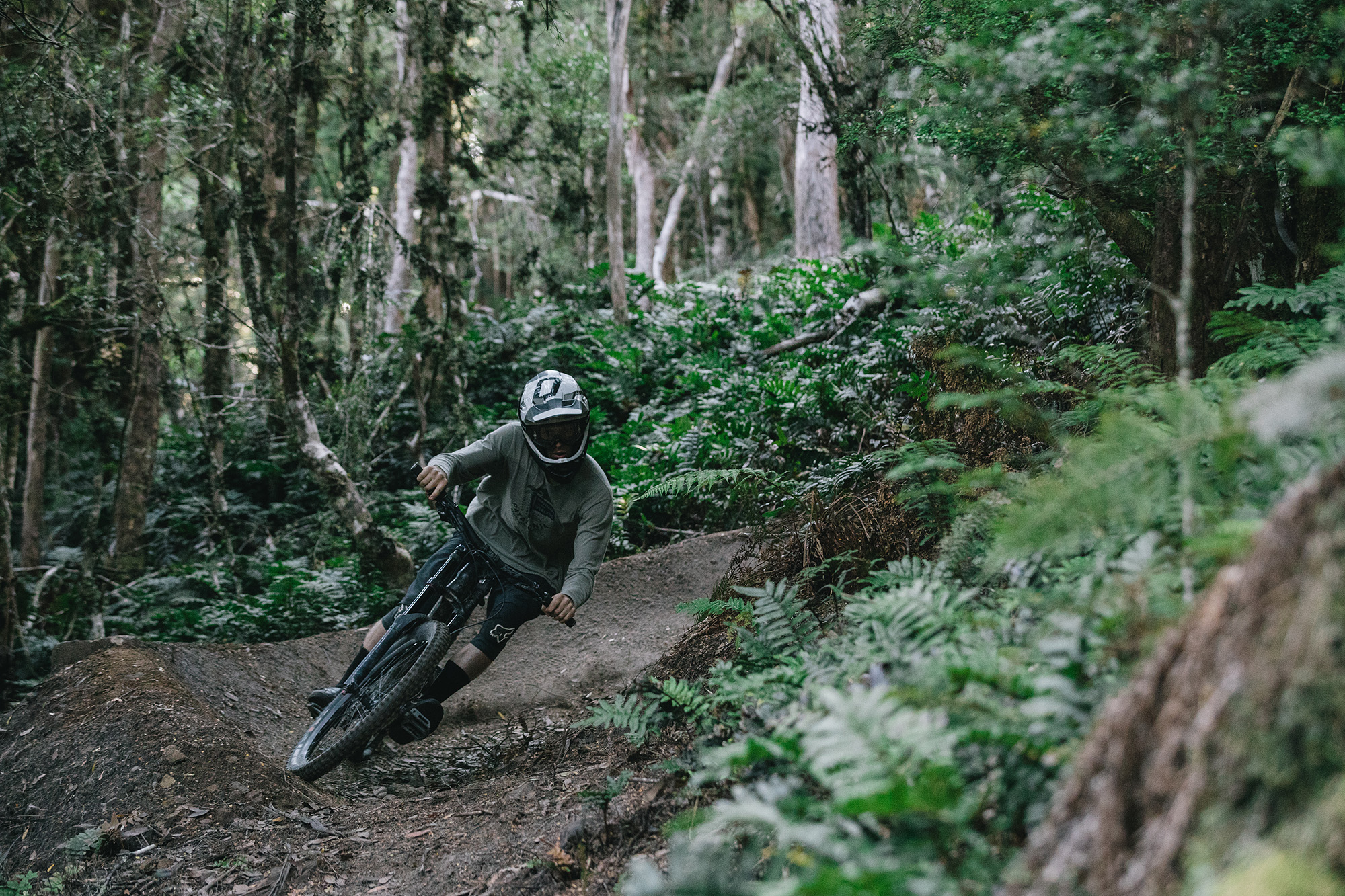 “ROCK!” I yell to Carl, who is concentrating on his task.  He then spots the large toaster sized rock hurtling towards him.  Instantly, Carl steps up from his crouch and jumps to the right.  I hear an immediate crack amongst the sound of chaos, as the rock goes hurtling past him and down through the woods.  “Are you okay, what happened?” I asked.  “Ooooh man, I jumped on the rake!” cried Carl.

From this point forward, the trail would be dubbed, ‘Sideshow Bob’.  Like any trail, a builder is constantly searching for potential names that might suit it.  Some settle for simple words or phrases, where others name the trail after an event that occurred amidst the period of construction.

As the days flew by, the weather grew warmer and warmer.  Buckets of gold clay was mined from borrow pits cut out of the hill, transported to build up turn-after-turn.  Similarly, to the meters we were building was our anticipation to ride the trail.  Each man that passed through the build, patiently waited to hear that one classic phrase, 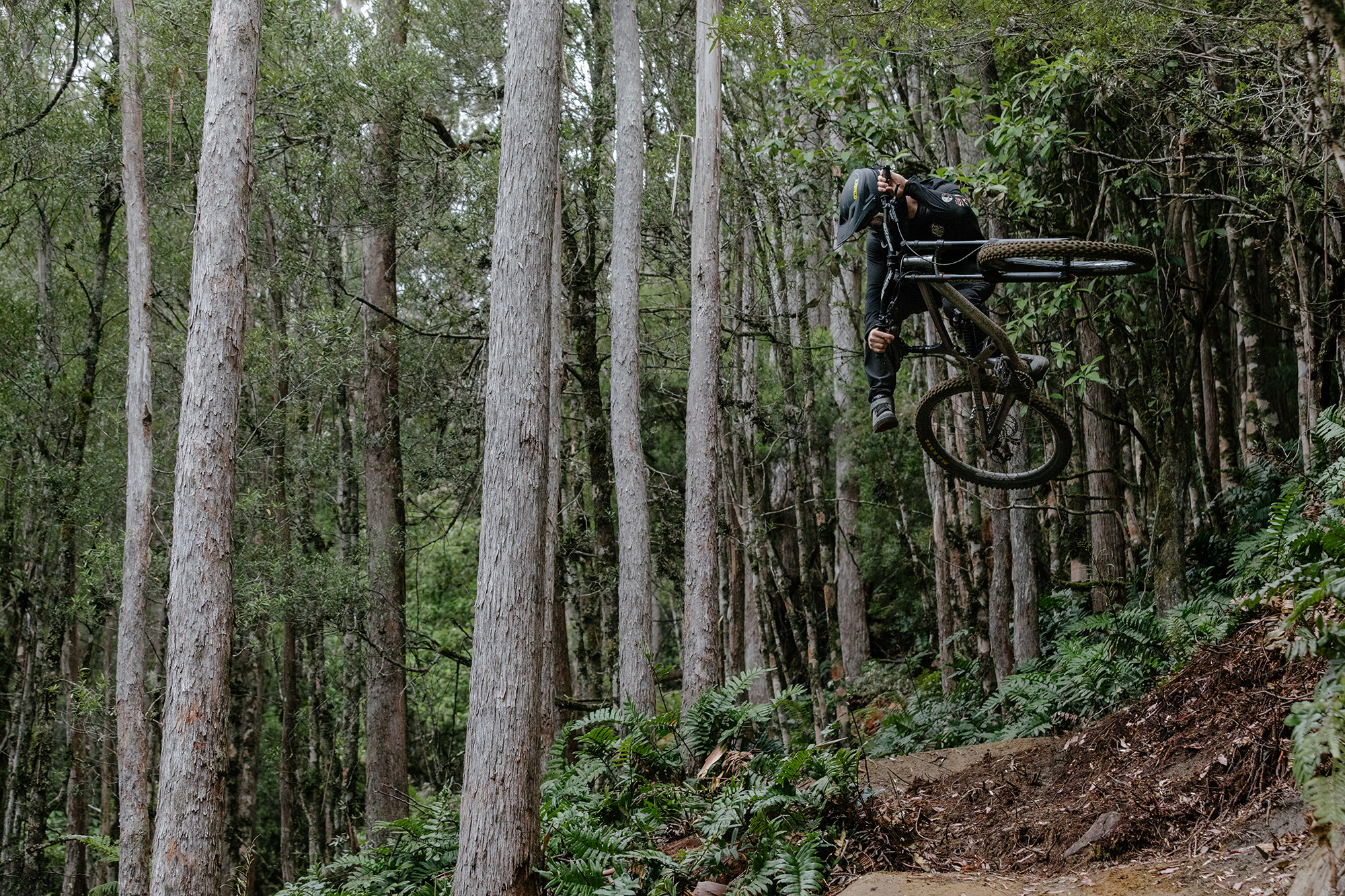 That evening, the crew gathered their bikes and took the Honda for a final run up the double track.  After having arrived at the checkpoint, we slipped on our best goggles and dropped in.  As all trail builders know, riding a trail you’ve helped build is one of the most humbling experiences in mountain biking.