This years final DH race in Portugal was also the race that Tracey Hannah said goodbye to World Cup racing.

And if you thought Tracey would go out quietly, you don’t know the girl! She sent it hard, battling to stay ahead of the time and unfortunately crashed at the end. She got back on her bike and crossed the finish line like the champion she is!

Tracey didn’t take any different approach to this race. You would think since it’s the last one she could chill but that has never been her spirit and she always have given the best. It’s pretty incredible to think someone can step away from the circuit by knowing you’re still one of the fastest women in the world! The crew from Polygon UR followed Tracey closely on this special week to get an insight onto this last dance! 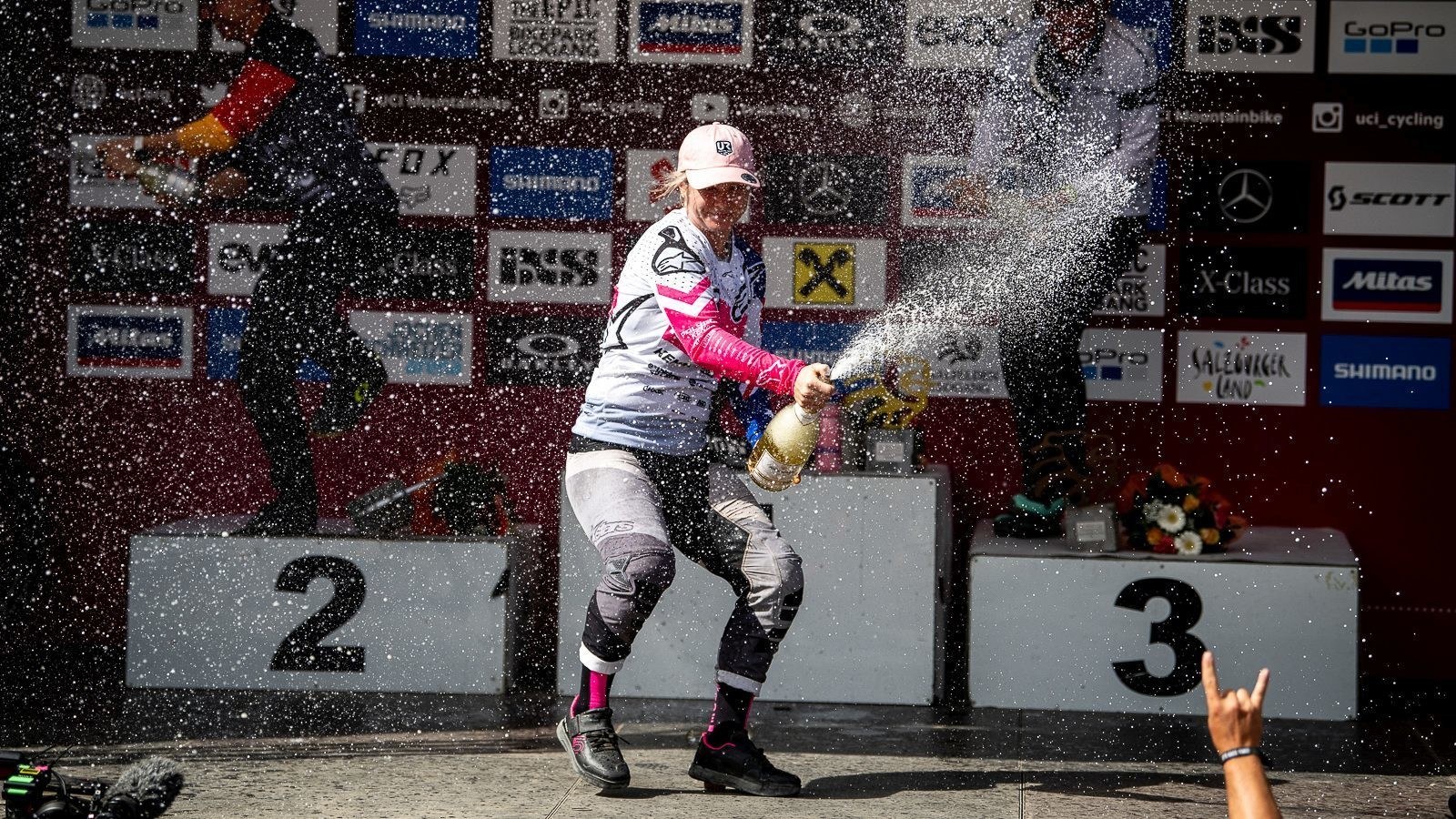 Tracey released a heartfelt wrap up and thanks which you cna read below.

“After 9 years racing for the UR Team I have decided to stop racing World Cups. It is not a decision I have taken lightly. I joined the team when I was 22 years old, Fabien took me on with no expectations and zero pressure. During my first year on the team I won the first round of the World Cup series in South Africa. I was having an amazing first season on a pro team. At the 6th round I crashed hard and was seriously injured, I broke my femur, collarbone and had some internal injuries. Within the same 12 months I would go on to break my collarbone 2 more times. Ever since the moment I had a pro ride I have never wanted and never have given less than the best I possibly can. I have battled fear, injury, disappointment, insecurity, and failure to get up, keep going and be competitive for the podium.

For the past few years I have had constant full time coaching and a weekly training schedule, most of my off season is spent “not doing” things so that I don’t get injured, sprain something or lose the ability to be able to perform 100% in training. It has come to the point where I am not in a place to give entirely everything in me to this level of racing anymore. It is an extremely high stress environment  and I have high expectations and put pressure on myself at every single race to perform. To be one of the best in the world consistently takes meticulous weekly preparation that lasts over a span of sometimes, several off-seasons. Each season you learn something new, something that you only have the chance to train for during the next training time, every race you go into details about what went right, what went wrong and how can I better myself.

My ultimate goal in racing was to win a World Cup Overall Championship, I have done this and it is something I will never forget. I would have loved to win an elite World Title, each and every single World Champs I have raced I gave the most I could give on that day, in that run, for that moment. My World championship was Cairns 2017, even though I did my absolute best I didn’t take home the gold medal, but I felt the rainbow that day. I have only ever been on one Pro team and the UR Team is it. It has been an amazing 9 years racing World Cups with the team, we have been through extreme highs and lows, injuries and strengths, great times and the worst times, we’ve shed many tears and much champagne. I am so thankful to Fabien for giving me a chance 9 years ago and never giving up when I went through the worst injury of my career, bad results and emotional lows, he is the hardest worker I have ever met and has been the best team manager I could have asked for. Thank you to his wife Magalie, the second hardest worker I have ever met, thank you for being the most dedicated helper on the team.

None of my results would have been a reality without teamwork. Thanks to all the staff past and present for making our dreams possible. This is not the end, I will continue riding next season, 2021 marks my 10th year with the UR Team and we are working on a program where I will continue racing at more fun events such as all Crankworx disciplines, Sea Otter Dual Slalom, Masters of Dirt and other popular events. Hopefully the global health situation gets better  and will allow me to engage with more riders and fans around the world. I’m also going to work on coaching to be able to transfer what I have learnt and help more riders to reach their full potential. Finally, I’m still planning on sending it and I’m going to work on some special media projects to show this aspect of my riding.”