Working at a bike shop that only sells e-Bikes means that we constantly get to hear some often ‘pretty colourful’ opinions about pedal assisted bikes. Probably the most common theme, or throw away comment, always seems to center around this idea that riding an e-Bike is cheating. If I had a dollar for every time I’ve been out on the trail, or sitting around having a post ride beer, and someone has pipped up that ‘e-Bikes are cheating’ and ‘riding an e-Bike isn’t a workout apparently’ I swear I’d have enough money to drive around in a Ferrari!

Now, being a fairly recent convert to the world of e-Bikes myself, I could kind of get where this common misconception amongst riders stems from. If I’m totally honest when e-Bikes started popping up at the trails a few years ago, I probably made some assumptions about them myself. The thought of this new breed of riding hooligans on their motorised weapons tearing up our precious trails with their powerful engines, is enough to give any grown man (or woman) nightmares! However, all those silly theories about e-Bikes came crashing down like a ton of bricks when I actually rode one for the first time. It became very clear that these ridiculously fun machines were just another form of biking. Trail damaging machines? Are you kidding me, they’re just a regular bike? Cheating? Haha that’s funny. You still have to pedal, and in fact you end up spinning your legs in a lot more circles during an hour on an e-Bike compared to a regular MTB.

But riding e-bikes is cheating, eh?

An e-Bike doesn’t give you the same workout, eh?

That was it, I decided it was time to set up a challenge and attempt to settle the argument about if e-Bikes are cheating, or not, once and for all. I love my new e-Bike but I also love my regular trail bike just as much. So, I decided to do a head to head, or back to back, test between the 2 bikes and accumulate the data to compare the difference from the ‘real life’ riding experiences on each bike.

Okay, so the plan was set in place. It was time to put this debate to bed once and for all… 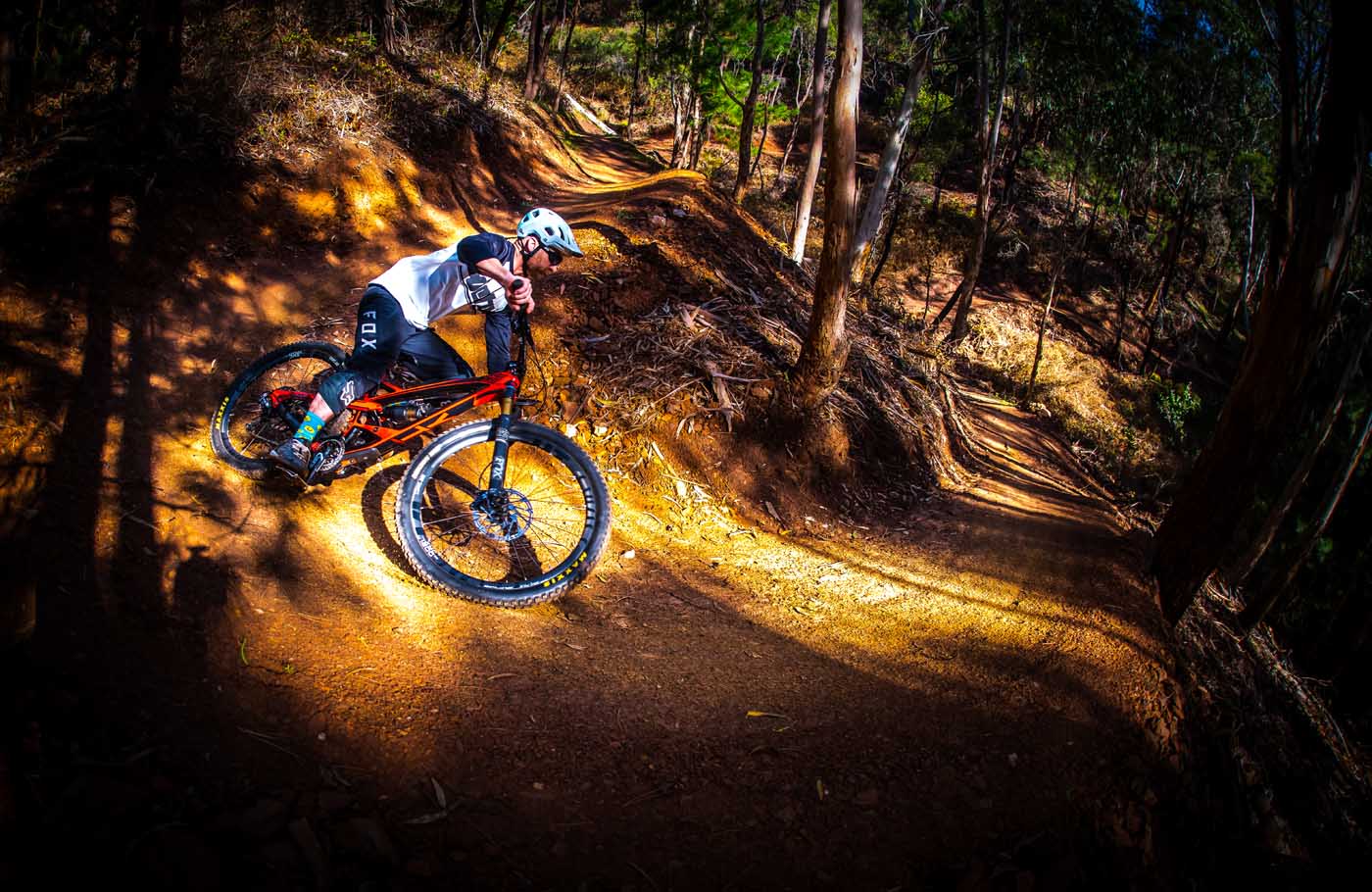 Heart rate monitor on, Garmin set and I was off.

Now my usual Saturday morning ride consists of a reasonably hard climb straight from the carpark, around 6kms up then a few small loops and DH trails before climbing back up the valley around another 7kms, before bombing one of the harder DH tracks back to the carpark. It’s about a 2 1/2 hour ride if you take it steady.

On hitting the first single track my average at best fitness saw me at near max heart rate within the first km, no surprise there, and so began my yoyo heart rate with every little climb and decent. Around half way up the climb I had a little rest to catch my breath and let the legs recover slightly.

Once off again I found it really hard to maintain a steady heart rate as I was maxing out on the steep climbs and dropping quite a bit on the descents. Throughout the 2 hours I had another 2 stops as I just needed them. As usual the final decent on the Capra put a huge smile on my dial as I blasted back to the car pretty much spent for the day.

The ride had me feeling pretty worn out but my body felt pretty good generally. Nothing a visit to the bakery couldn’t fix.

Well I must admit, I had my doubts here if I could even get my heart rate up as high up the climb on the Levo as on the Capra, but to my surprise, I was straight into the same zone within the first 500 meters.

The best bit is, I was now going near twice the speed. The usually easy climb now became challenging at this speed just trying to stay on the track, and dare I say it, a fun climb. My cadence was much higher on the Levo and my heart rate was very steady but in the same zone as on the Capra. I got to the top without needing to stop once. In fact, I kept my heart rate at a steady 150 for the whole ride by lowering the power back to eco on the flat sections. Around half way my legs were feeling much worse than on the Capra which I would probably say was from pushing the extra weight once I got over 25km/h and also the much faster cadence.

Time for the DH track back to the carpark. Now this surprised me a bit but the Levo was a real handful down here. With speeds over 25km/h the whole way, the motor is of no help what so ever. The extra weight took a lot more to slow up for corners and quite a bit less travel had me really fighting it all the way down, where as the Capra just eats this stuff and is really light and easy to throw around. I was sure the times here would be much slower on the Levo but they were really close. That decent though really beat my whole body up.

As I hit the pause on the Garmin at the carpark the results spoke for themselves. 56 minutes. What! That’s 64 minutes off my normal ride time and I was cooked. But still having 60% battery left I decided to head back up the steepest shortest fire road to the top and finish off the 2 hrs. 3 DH runs and 3 climbs, and then eventually my 2 hours allotted time was up. Taking a look at the data I noted that I had in fact clocked another full 12kms worth of trails into the history books that ride. 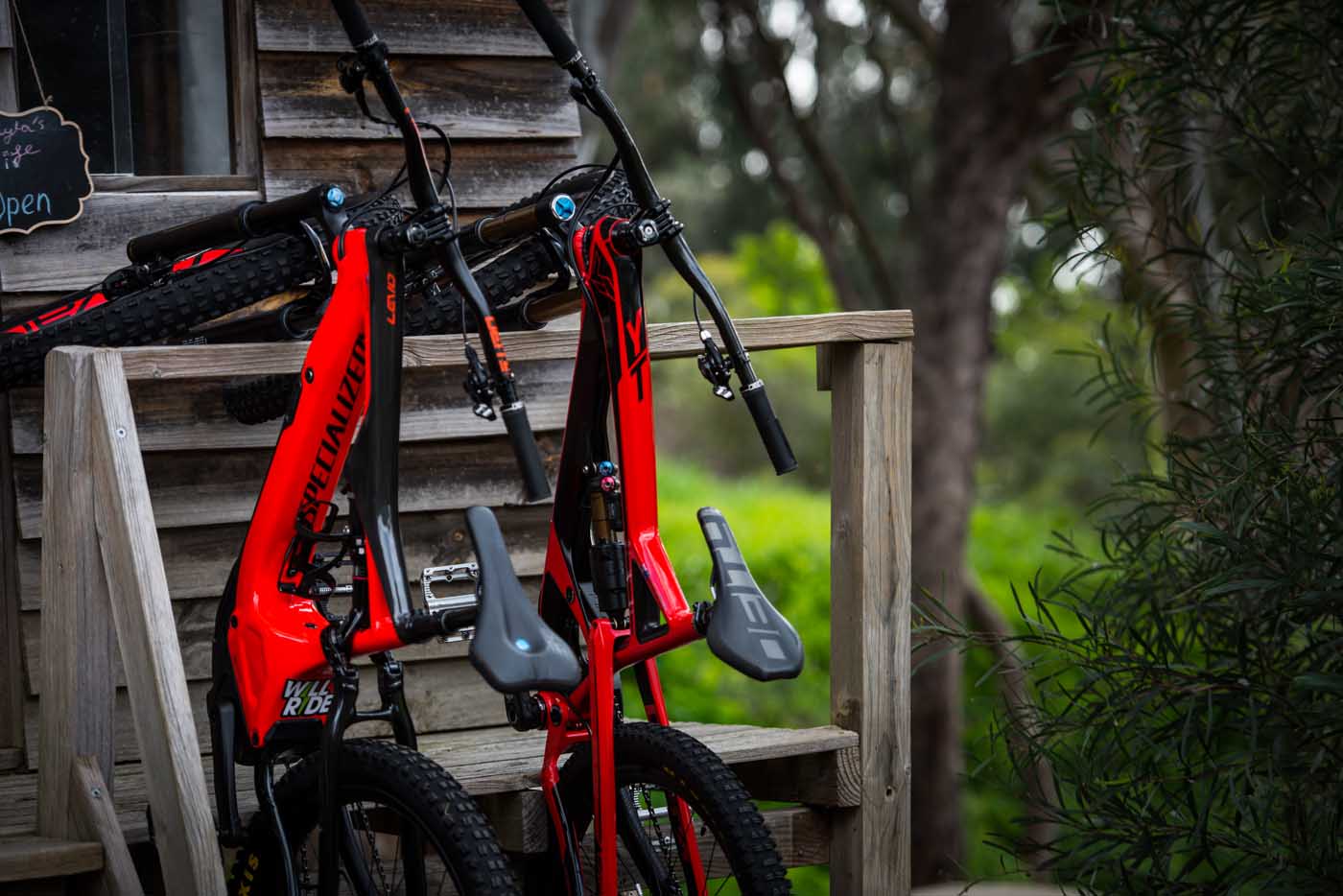 Is it cheating riding an E Bike?

I think the answer to that is pretty clear. If going faster, covering a lot more trail, getting to shred a heap more single track, getting a better and more consistent workout with a higher heart rate, whilst being able to chat to your buddies and laugh your ass off as you climb up the hills after each descent, if that is what you’ve classify as ‘cheating’ well then, I guess you can call me Lance Armstrong!