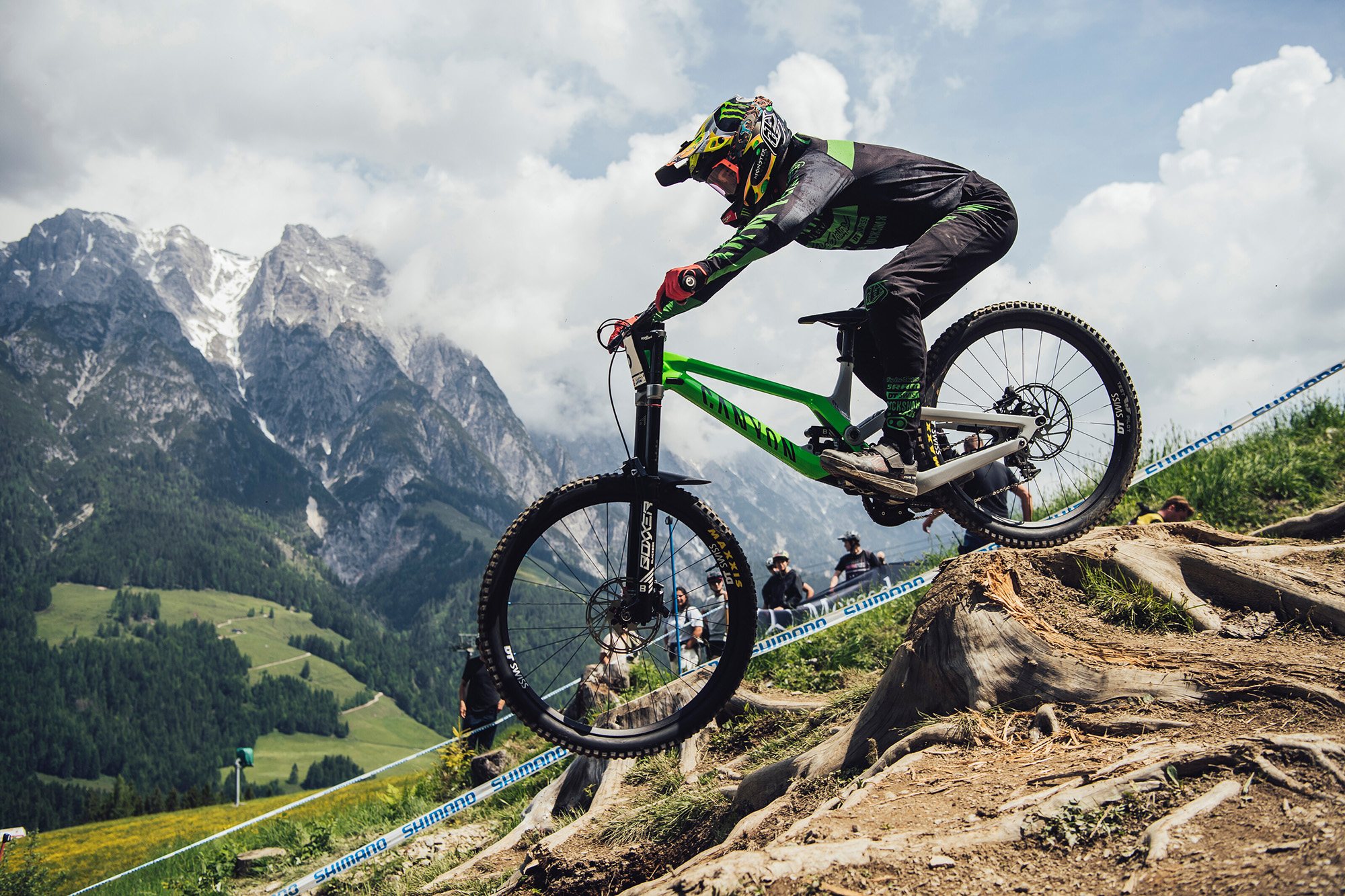 Troy Brosnan wins Round 1 of the UCI DH!

2021 DH season is go, and Troy Brosnan kicked it off with a well deserved win!

Although nothing like the epic conditions of the 2020 MTB World Championships in Leogang, the infamous woods section remained the crunch point and delivered an unpredictable and exciting season-opener. 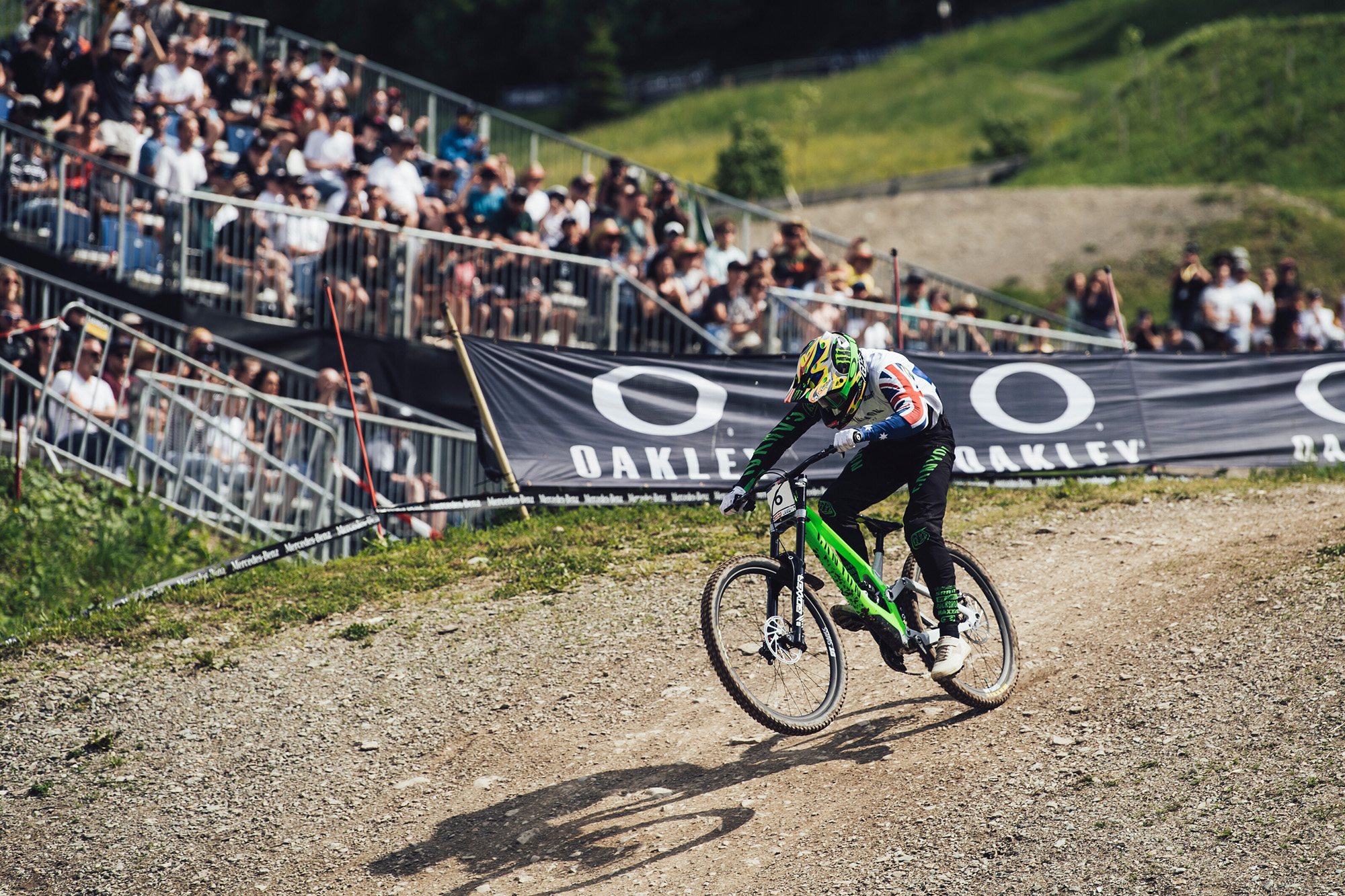 In the elite women’s race, Balanche did the rainbow stripes proud with a tidy but quick run to win her first ever World Cup race and prove that her 2020 World title victory was much more than luck. Balanche’s run bumped Monica Hrastnik off the hot seat after the Slovenian rider, who claimed bronze at the Worlds last year, once again showed her attacking style and increasing consistency. Reigning World Cup champion Marine Cabirou had a huge nose dive over the jumps, then a series of mistakes in the woods section while compatriot Myriam Nicole had a similarly chaotic run with two crashes.

Leogang local Vali Höll was last woman down and she flew through the motorway sector as well as navigating the tricky woods, only to crash on the final corner to slip second behind winner Balanche. 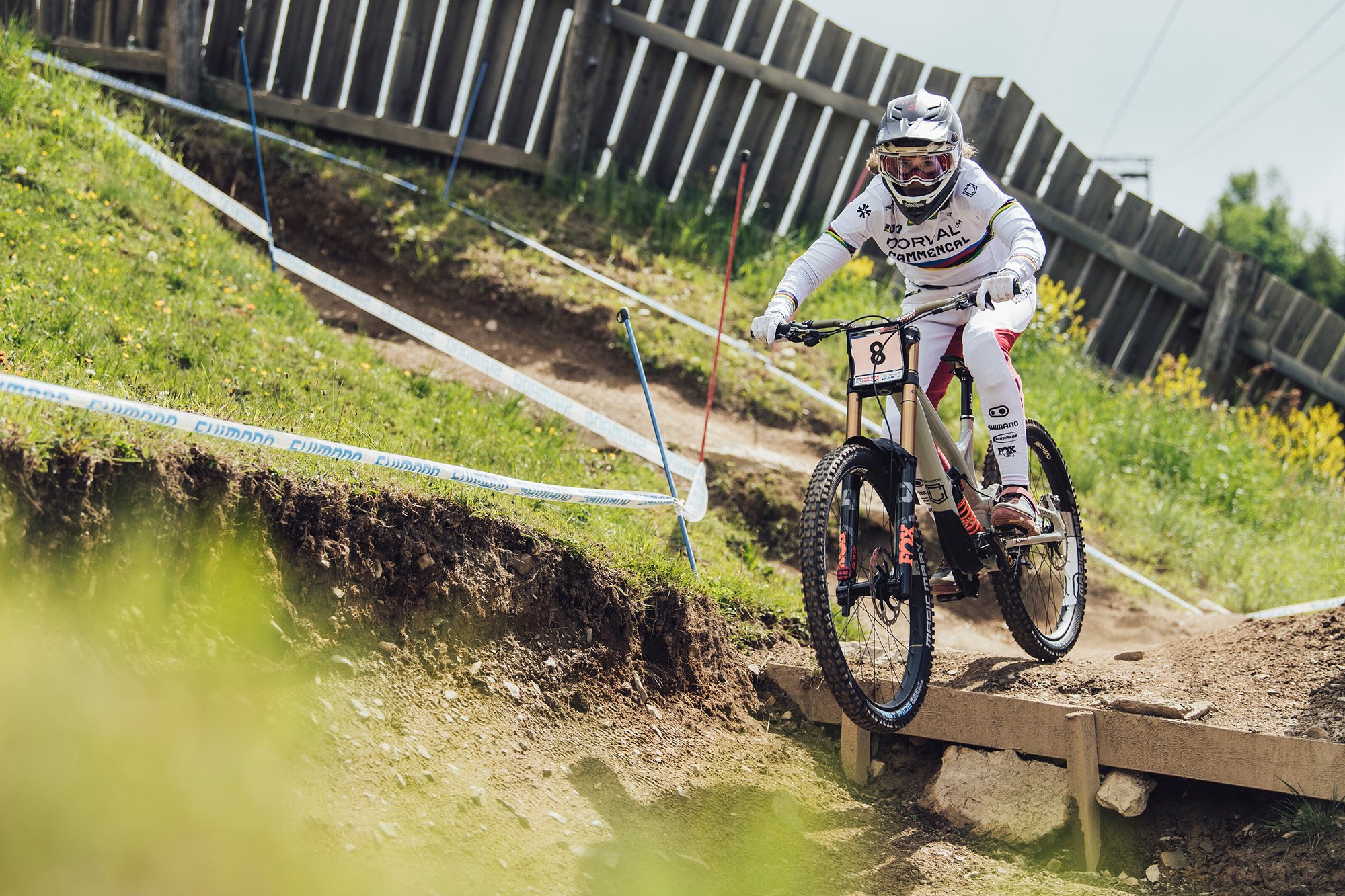 “I had a a really, really good run and I could keep my foot on the pedal the whole run. I new Vali was really fast and I guess I was lucky that she crashed. I had a really good feeling in training. I was so confident coming to Leogang because I love this track.” 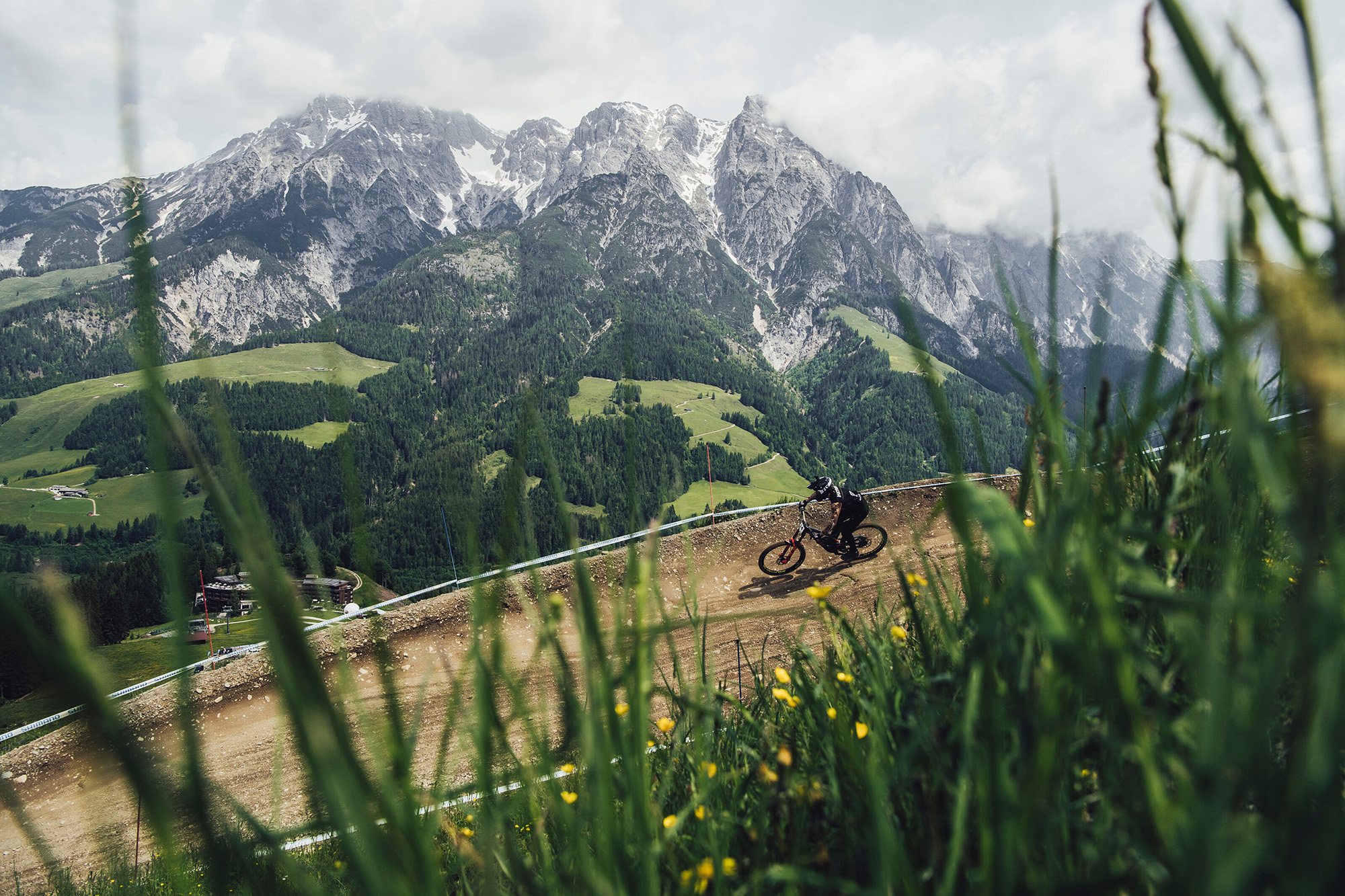 The course was drying quickly and the elite men faced an unknown beast after the women’s race with conditions drier than at any point in the week, and a strong wind on the open top section too. On his return to World Cup racing after nearly two years sidelined by injury, 2018 World Cup champion Amaury Pierron of France was solid through the first splits but sensational into the woods section. 2020 World Champion Reece Wilson returned to the scene of his triumph with confidence and made it count with a super clean run that fell just short of Pierron as Benoit Coulanges moved into third. France’s Thibaut Dapréla turned the splits green finally and, despite a massive stall that put him 0.131 down at split four, he threw everything at the final sectors with insane energy to go fastest. Brosnan, though, recovered from a nervous start to build momentum in the woods section and turned on the speed in the final sector to edge out Dapréla for his first World Cup victory since 2017.

“It was so dry and the wind was insane at the top. So stoked. Probably 65 kilos of me floating over the holes (in the woods)!” 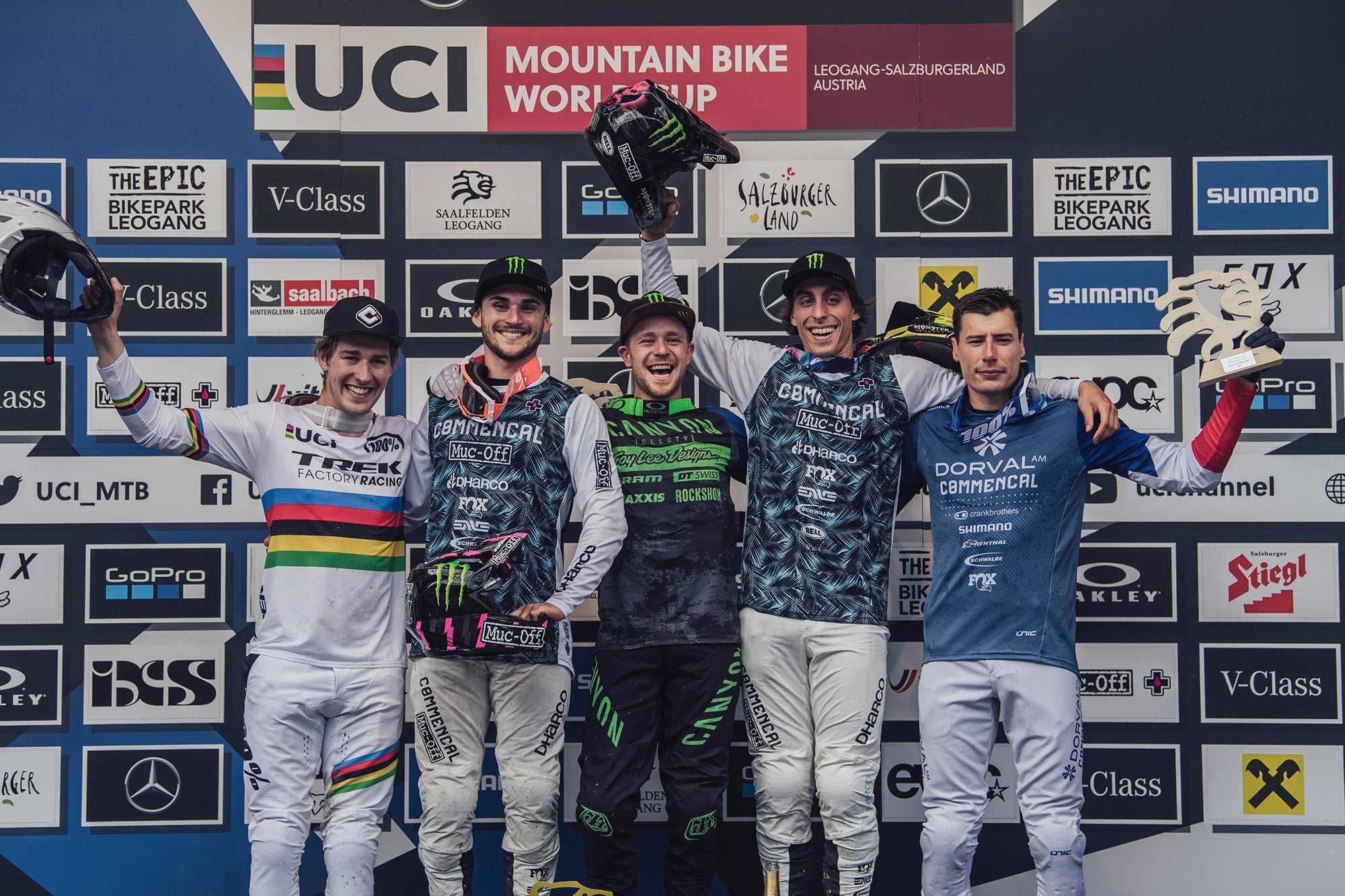 Watch WynTV for a full rundown with the riders post race!