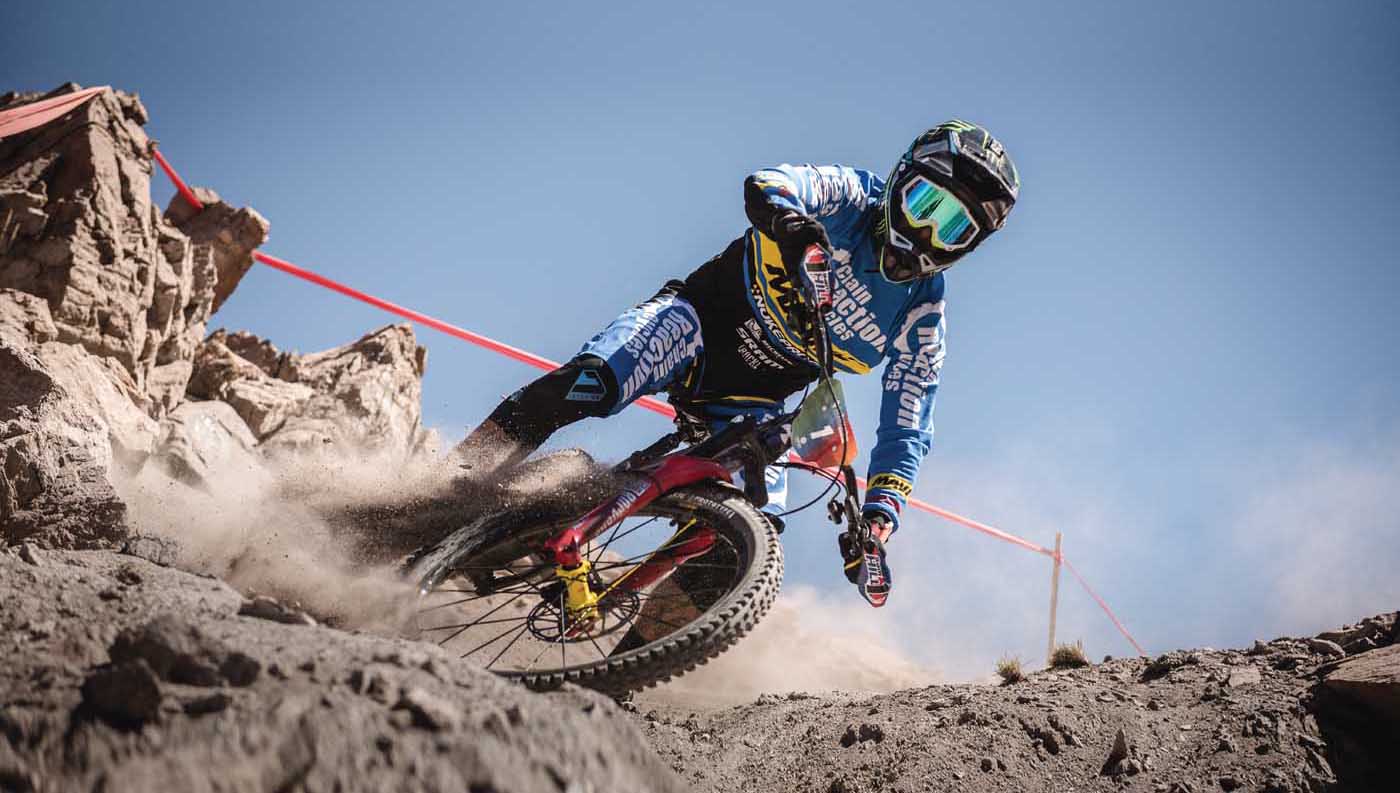 What started as a response to the lack lustre magazines on these shores back in 2004, [R]evolution was born to document those that chose to ride fast and loose.

We’re more than a little stoked on both making it this far when so many said we couldn’t and on the new issue itself! Of course, on such a milestone of an issue, there could only be one rider that represents what we know and love more than anyone, that rider is Sam Hill.

Inside we’ve packed in more than two dozen unique feature articles featuring the very best of MTB (WARNING: it’s epic!) to ensure your stoke level is as high as ours is to be hitting this half century milestone.

First up we go behind the scenes for an insight into how some of the world’s fastest Factory Race teams prepare for a new season (WARNING: it’s going to blow your mind).

We then head over to NZ for the Rock Shox media camp for an exclusive shakedown of the new Lyrik fork (WARNING: those things are next level!).

After that we’ll venture to Wollongong NSW and catch up Giant Factory Off-Road Team sensation Josh Carlson about his recent homecoming move (WARNING: you’re going to fall in love with this frother!)

How about another major exclusive? We’ve got the scoop from Connor Fearon’s section in the upcoming mega film GAMBLE (WARNING: his riding is insane!).

Then get a major dose of life inspiration with a stunning journey through Botswana, Africa, with Anka Martin (WARNING: you’ll want to frame each of these photos and hang them on your wall).

We’re not done yet – we then sit down with Loic Bruni for an extended conversation with the charismatic Frenchman (WARNING: it’s rad!). Also with the interview treatment this issue we catch up with Aussie Jr Enduro Champ Harrison Dobrowolski (WARNING: this kid has the sickest style ever!).

Progrssion in bike’s specifically for young/super small trail rippers has exploded recently so we decided grab 3 of the best for a shootout featuring Rocky Mountain, Transition and Commencal. (WARNING: you’ll be thinking you never had a bike so rad when you were a kid!)

Australia’s mega bike park at Maydena TAS has officially opened it’s doors and we’ve got all the latest news and coverage from opening weekend (WARNING: there’s no need to go to Whistler any more!).

All that plus the latest news, reviews, an in-depth tyre tech feature, the dopest gallery shots, and a stack of trail tales from across the riding scene. We hope that you enjoy our 50th edition as much as we’re going to enjoy creating the next 50 – bring it on!

You can find it in newsagents Australia wide and if they’re sold out, buy it direct from us through our webstore right here.