World Cup DH Season is on! 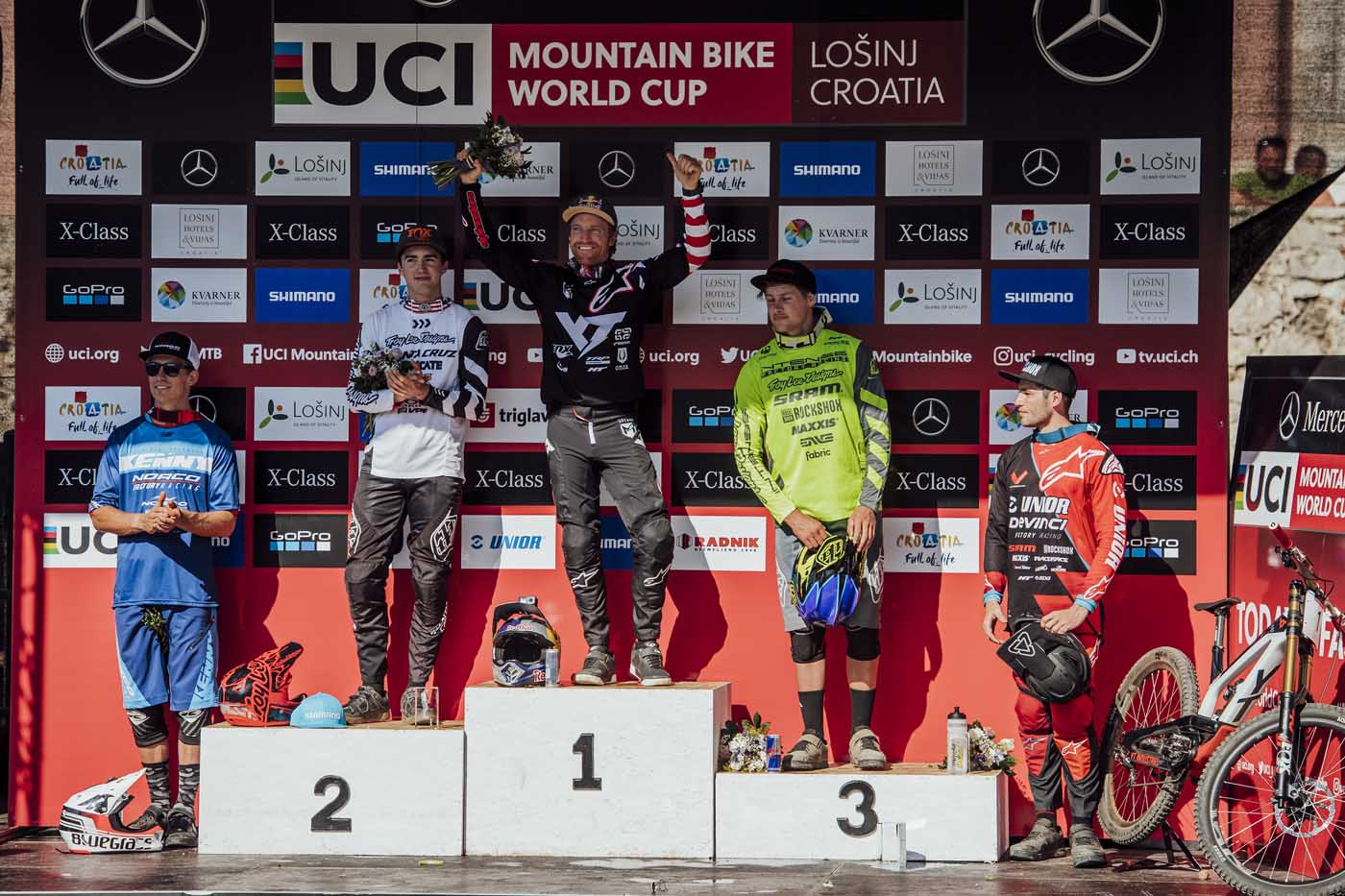 Lošinj, Croatia kicked off the 2018 season of the UCI DH World Cup with a whole new style of course. A sprint, a few jumps, a rock garden and a back alley. Where the rest of the track was we’ll never know even though this was the first event that allowed for live coverage the whole way down. A big mountain track to really test the worlds best and all!

Despite its short 1,390 metre length, the track itself proved to be punishing for all, on wheels especially. Whatever the riders, or our thoughts on the track itself, the fact remains that the fastest on said track on the day takes the win and that’s what any true racer lives and breathes. France’s Myriam Nicole and America’s Aaron Gwin brought there 2017 season momentum into 2018 and won their respective elite category races at the opening round of the 2018 UCI DH World Cup.

Right from the start, it felt like a race which may just surprise. In the elite men’s timed training, Brook Macdonald, newly-rejuvenated and back on the team and bike which he had ridden on to his debut and as yet only World Cup victory back in 2012 topped the time sheets. He would go on to repeat the trick in qualifying and looked like making it a double.

In the women’s race the open book of 2017 seemed to remain open; any one of the top four of Myriam Nicole, Tahnée Seagrave, Tracey Hannah and Rachel Athertonlooked capable of taking the win. It was Atherton, still very much on the comeback trail after an injury-blighted 2017, who drew first blood in qualifying. Nicole admitted to an untidy run however and conceded that changes remained to be made to her high-pivot Commencal bike.

Come racing and the champ proved her calibre by setting a scorching time. Hannah had crashed on track and it has eclipsed that set by Seagrave. Only Atherton stood in her way but the vastly experienced Briton couldn’t stop Nicole. Nicole took the win ahead of Atherton and Seagrave with the French pairing of Marine Cabirou and the Enduro World Series champion, Cecile Ravanel rounding out the podium.

In the men’s race, the drama continued. Brook Macdonald’s wild style saw him pushing to the very limits of adhesion and tragically for him, he pushed past them. He crashed at the end of the high speed drop section and after being attended to by the trackside medical crew, rolled down to commiserate with his fans. American Dakotah Norton finished the day a career best fifth just behind a resurgent Sam Blenkinsop who many had seen as one of the pre-race danger men.

Third place went to the definitely on form Dean Lucas whilst second went to 21 year-old American Luca Shaw. The Santa Cruz Syndicate rider was over the moon with a career best finish at the end of a weekend where he had just gone faster and faster in every session. 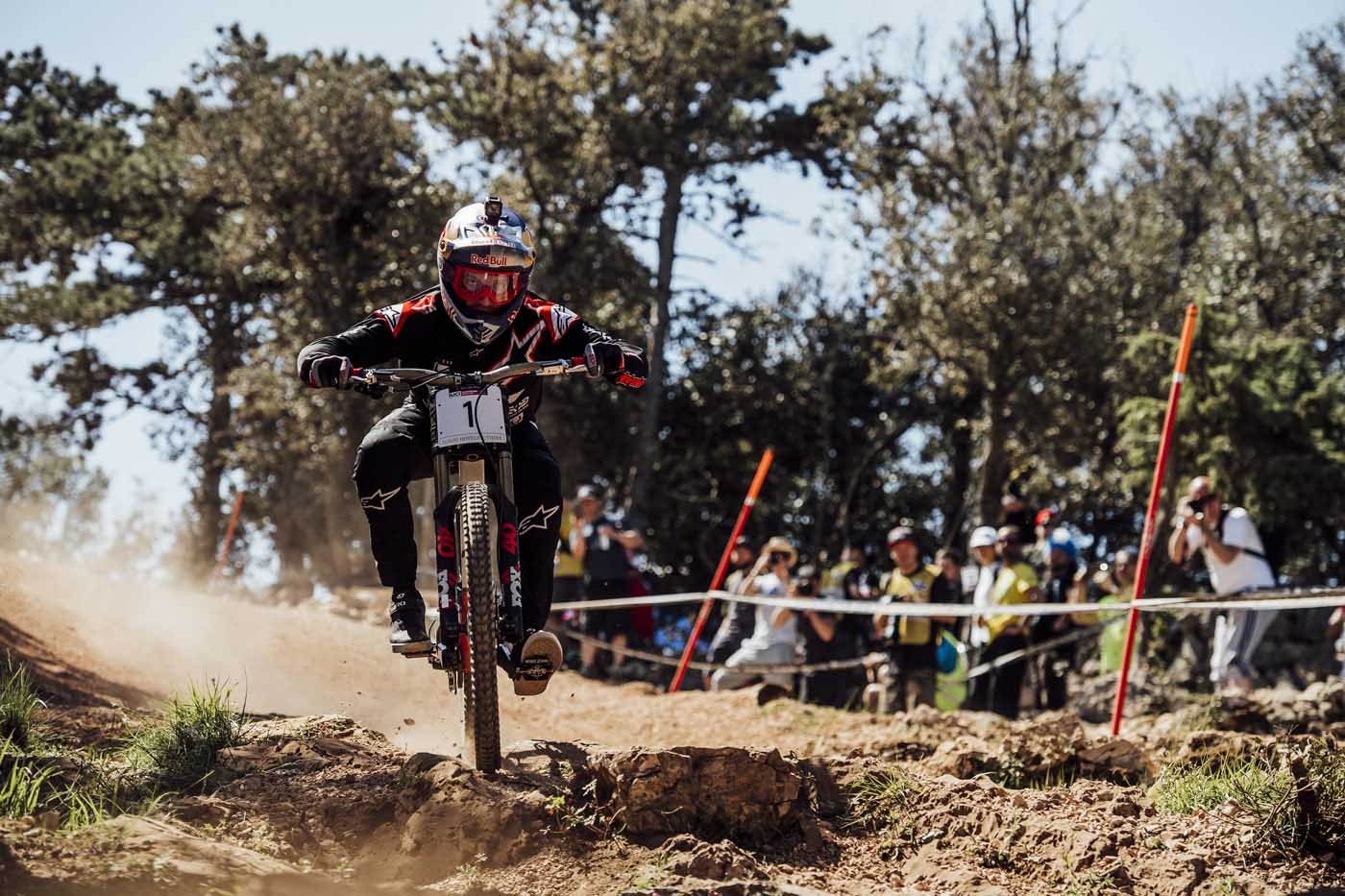 There would be no stopping Aaron Gwin however. Going for a record sixth career title and an unheard of four in a row, the Californian set about the rocks of Croatia with gusto. His lower section seemed scrappy but the damage was done long before he got there as he went about his now customary business of making the rowdy look calm and controlled. No matter where he qualifies, regardless of what he has done over the course of a weekend, Gwin has a different gear come race day.

Stoked to see Jack Moir on form for 6th and Troy Brosnan dropping into 9th on what was possibly the most challenging weekend racing for a long time. And a massive congrats to Kye A’Hern stomping a solid 3rd place aboard his Canyon! Here’s looking forward to Fort Bill! We’d love to say the UCI had full results up at this point, but sadly, we guess they’re looking at lycra clad peoples bikes for wind up motors or something?

And should you have missed the live coverage, you can watch the full replay right here at Red Bull TV.