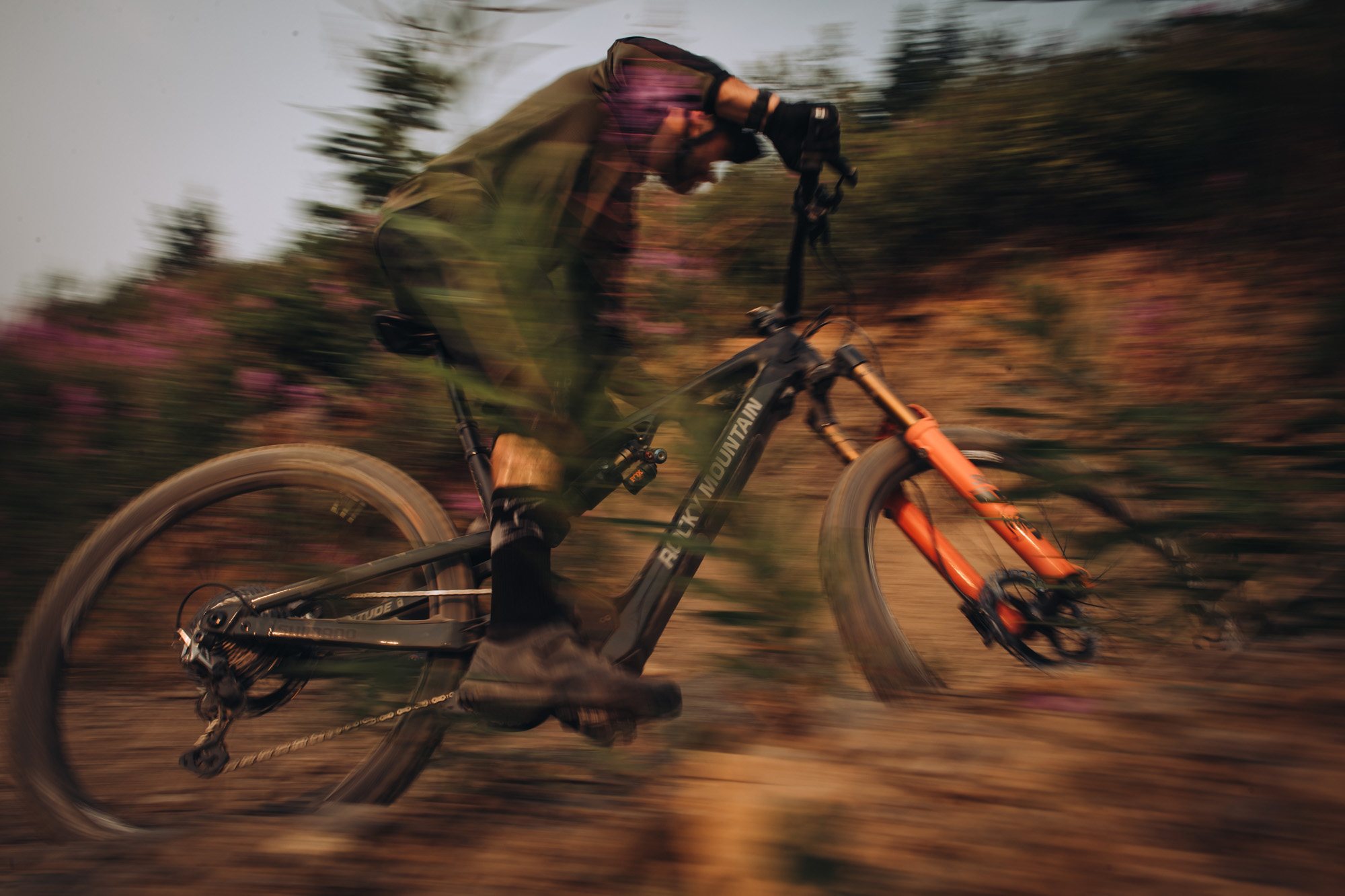 It’s been 4 years since Rocky Mountain launched their first e-MTB, which was the original Altitude Powerplay.

I spent a lot of time riding that bike and in my mind it was the best performing e-MTB on the market that season. One of the things that really sets Rocky Mountain’s Powerplays appart from other e-MTB’s on the market is the brand’s approach to designing their bikes. Unlike other frame manufacturers who took an off the shelf motor unit, from the likes of Bosch or Shimano, and then built a bike around it, Rocky didn’t do that. Instead, the Canadian brand developed their own rather radical motor concept. They called it the ‘Dyname’ drive system and when Rocky finally launched the original Altitude Powerplay the Dyname drive system was already in its 3rd generation. This unique approach to designing their e-MTB motors has formed the heart and soul of Rocky’s Powerplay line-up and it has propelled the brand to the forefront of the e-MTB scene right around the world. 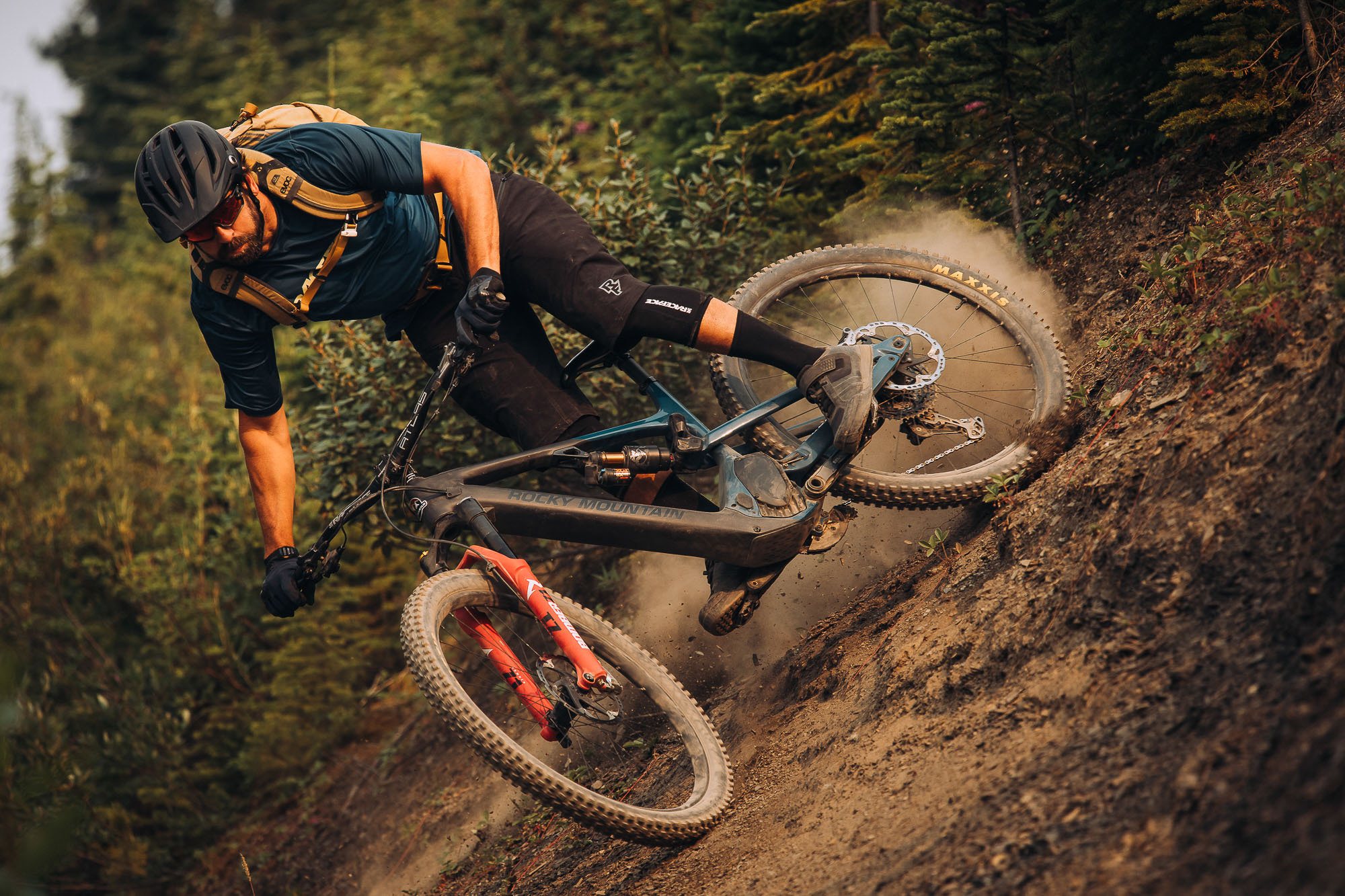 Today, Rocky Mountain are launching an all-new era of their much loved Powerplay e-MTB range which promise to raise the bar of performance higher than ever before.

They’ve revamped both the Altitude Powerplay and Instinct Altitude Powerplay frames in both alloy and carbon and at the centre of each new bike is the next generation Dyname 4.0 drive system! And the spec sheet on this new bad boy sure does sounds impressive; peak power output is a whopping 700w which is combined 108Nm of torque and a maximum boost amplification of 350%, and the Dyname 4.0 motor itself is actually smaller and lighter than the previous generation by nearly 20% which is super impressive.

Rocky claim that the new generation motor operates much quieter now as well. They’ve removed the upper chain slider that was seen on the Dyname 3.0 drive system to reduce the mechanical noise, as well as the drag when pedalling.

Perhaps one of the coolest futures to debut on the new bikes is a vibrant digital display which is seamlessly integrated right into the top tube. There’s also an all-new handlebar remote and there’s even a new, and a larger 720Wh, removable battery. Oh, and if 720Wh still doesn’t sound like enough juice to carry you up, down and across a certain epic adventure that you have in mind you’ll be pleased to hear that the new Powerplay is compatible with the new Overtimepack, which gives you an extra 314Wh of battery capacity on top of the 720Wh of battery capacity in the bike. That means you have a total of 1,034Wh of battery capacity to ride with before needing a charge – holy shit that’s a lot of battery! 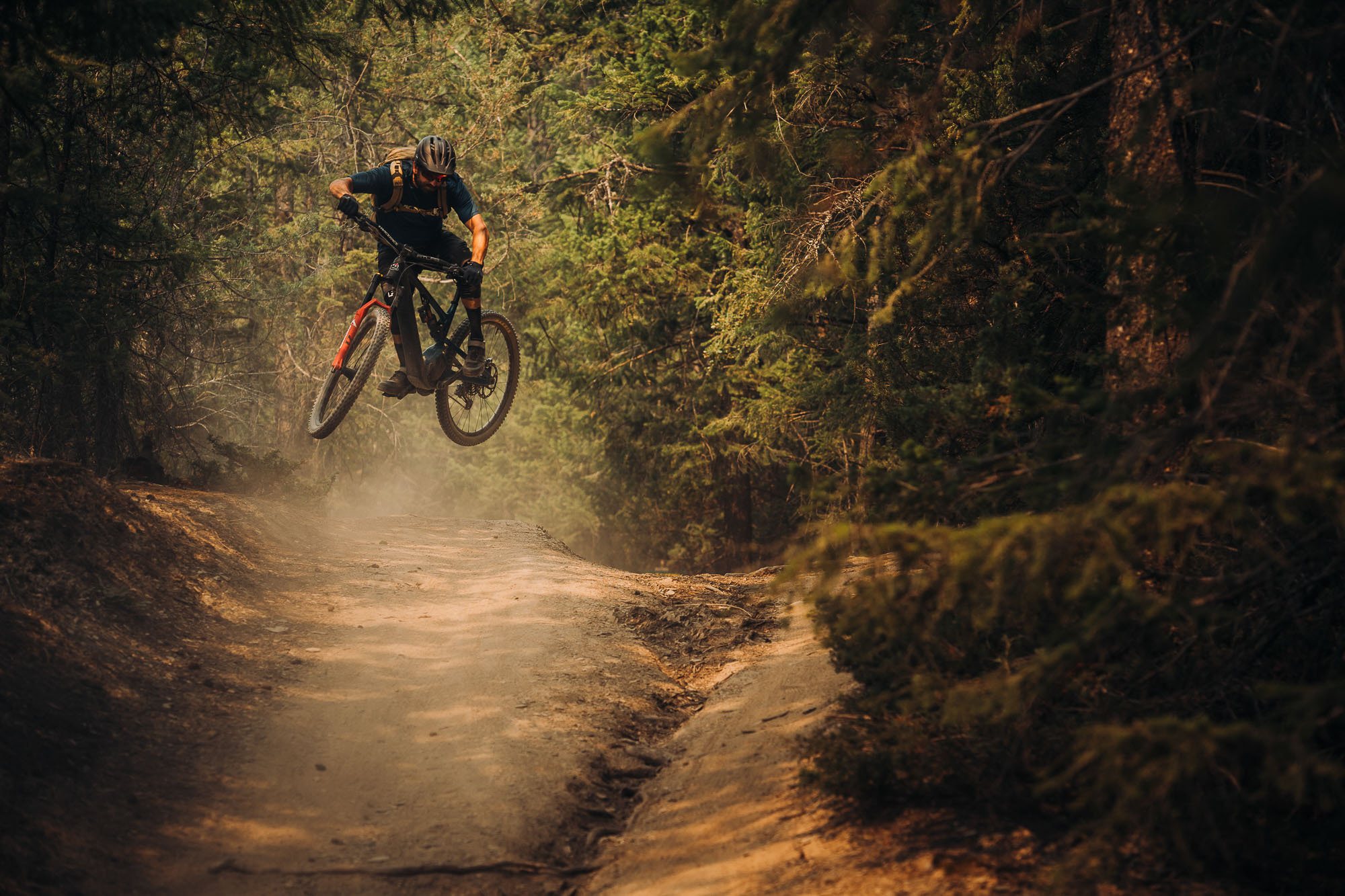 There are several key advantages to the design of the Dyname motor compared to other e-MTB motors out there. Firstly, the motor is completely separate from the bikes drivetrain, meaning it utilises a regular bottom bracket and cranks. The mass of the motor also sits above the drivetrain, meaning the bike doesn’t have any mass protruding below the chainring like most other e-MTB’s. The motors design also allows Rocky Mountain’s engineers to place the bike’s pivots where ever they wish on the frame, were as other brands are often restricted in their linkage designs as they need to incorporate a 3rd party off-the-shelf motor unit.  The Dyname 4.0 drive system features a reduced motor rpm that lowers the amount of the electrical whine compared to other systems.

That new display screen that I mentioned earlier is called the ‘Jumbotron’ display screen and it has been cleverly positioned into the bike’s toptube to show all key data and information in a convenient, easy to see location, the screens can be navigated using the handlebar remote.

The Dyname 4.0 drive system and Jumbotron screen offer the ability to adjust both the assist level and boost level to suit your riding style. They also give you the option of having two customizable tune profiles that can be saved to the bike, for different riders or riding styles. The boost level adjusts the torque sensitivity, which adjusts how the motor responds to the input it’s receiving through the pedals. A higher boost level requires you, the rider, to put less pressure on the pedals to deliver the same amount of torque. A lower boost level will mean you have to put more power down in order to achieve the same amount of torque. The assist level feature adjusts the output power, which is the percentage of available power put out by the Dyname 4.0 drive system in the different assist modes. There are 4 different modes that can be used to manage battery levels, to adjust trail speed, and to fine tune your effort levels. These modes include: Ludicrous, Trail Plus, Trail, and Eco.

While the all-new Altitude Powerplay and Instinct Powerplay share many of the same technologies and frame details, like the new mid-high pivot, the bikes have different intended use and ride characteristics.

The Altitude was designed for aggressive, high-speed riding, while the Instinct is meant for long days of exploration and efficient riding. Both models come fitted with 29’er wheels. Suspension travel wise the Altitude packs 170mm up front with 160mm in the rear, whilst the Instinct features a 150mm fork and 140mm out the back. 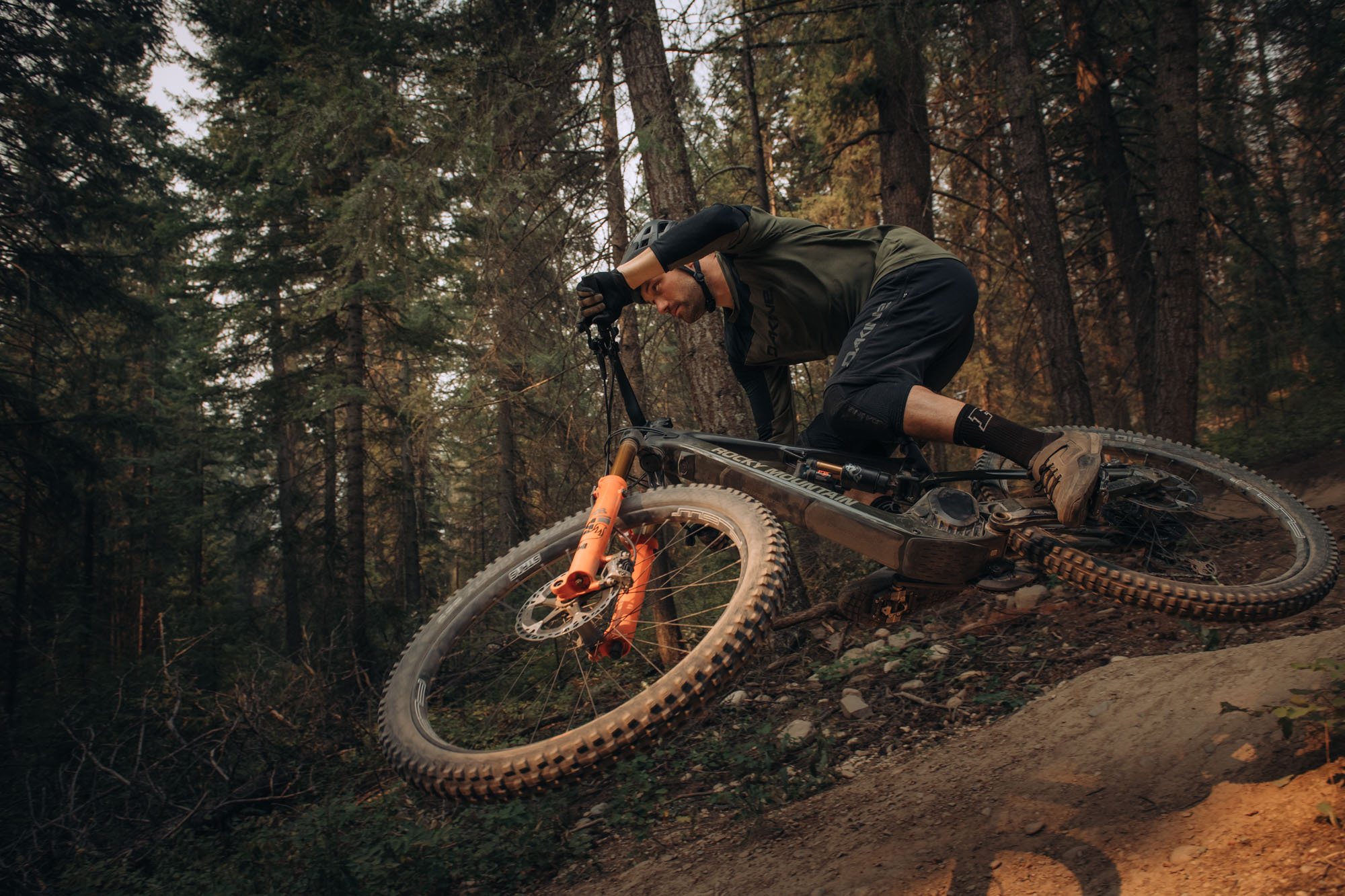