May as well sell the ute, the ultimate (Pivot) Shuttle has arrived!

There are some very, very nice looking e-Bikes hitting the market these days. Some real ‘head turners’ so to speak. And then there is this stunner, the new ‘Shuttle’ from Pivot.

This bike doesn’t just turn heads, it damn near snaps your neck off when you first spot it out of the corner of your eye. The Shuttle is everything that its name suggests, a full carbon frame dripping with Fox Kashima and a low long slack geometry. This is a bike that you’ll be excited to ride for a very long time to come.

The carbon frame is the foundation for the Shuttle being the lightest e-Bike on the market at a little under 20kg. By integrating the motor and battery within some carbon shrouding, it takes two looks to realise it is an e-Bike. With a Head tube angle of 65.8, chain stays of 437, and reach of 465, it isn’t hard to notice that the bike has the agility to match the style of Ed Masters and Bernard Kerr. Dave Weagle’s suspension design has been attributed to many of the best pedalling bikes on the market. The shuttle is no different, Pivot has worked with Dave to ensure that all the kinematics lead to an efficient bike that packs bucket loads of traction.

To compliment the kinematics, Pivot have spec’d a Fox DPX2 rear shock with matching Fox 36s up front. Thankfully the Kashima gold coating accentuates the bright blue and yellow, making this bike even more of a show stopper. The DPX has a custom compression tune that allows for the extra weight so the rider doesn’t have to pump it to max pressure. The front is controlled by Fox 36s and I don’t think much needs to be said about them that their reputation hasn’t covered.  Along with the suspension they have also beefed up the bearings and pivots to withstand the extra torque and speed that e-Bikes have to endure. A welcome improvement for anyone seeking a long term bike.

As I touched on earlier, the Shimano battery is hidden in the down tube using a removable molded carbon shield that uses gaskets similar to the automotive industry and vibration dampening material, Pivot ensures the Shuttle is as smooth as possible. Thankfully it is removable which is a big thing for those who travel with their bikes. The E8000 is an efficient, powerful, and predictable motor with a super low profile. The biggest benefit in my opinion to Steps motors is the integration of the Di2 drive train and that is what pivot have specced on their top model. One day there will be a bike with Di2, Steps and Live Valve, that is the dream.

“Pivot have specced the shuttle with Di2 which means you can get the motor mode, gear selection and a whole bunch of information off of the same screen.”

There were no corners  cut on the spec of the bike when it comes to performance matched by reliability. On the ground are Maxxis Reckon 27.5 plus tyres wrapped amount the PE1550 e-Bike specific wheels from DT Swiss. If you break these wheels then you are officially declared as a weapon of mass destruction. The XT brakes are a great lightweight set of anchors with super good stopping power for their size. 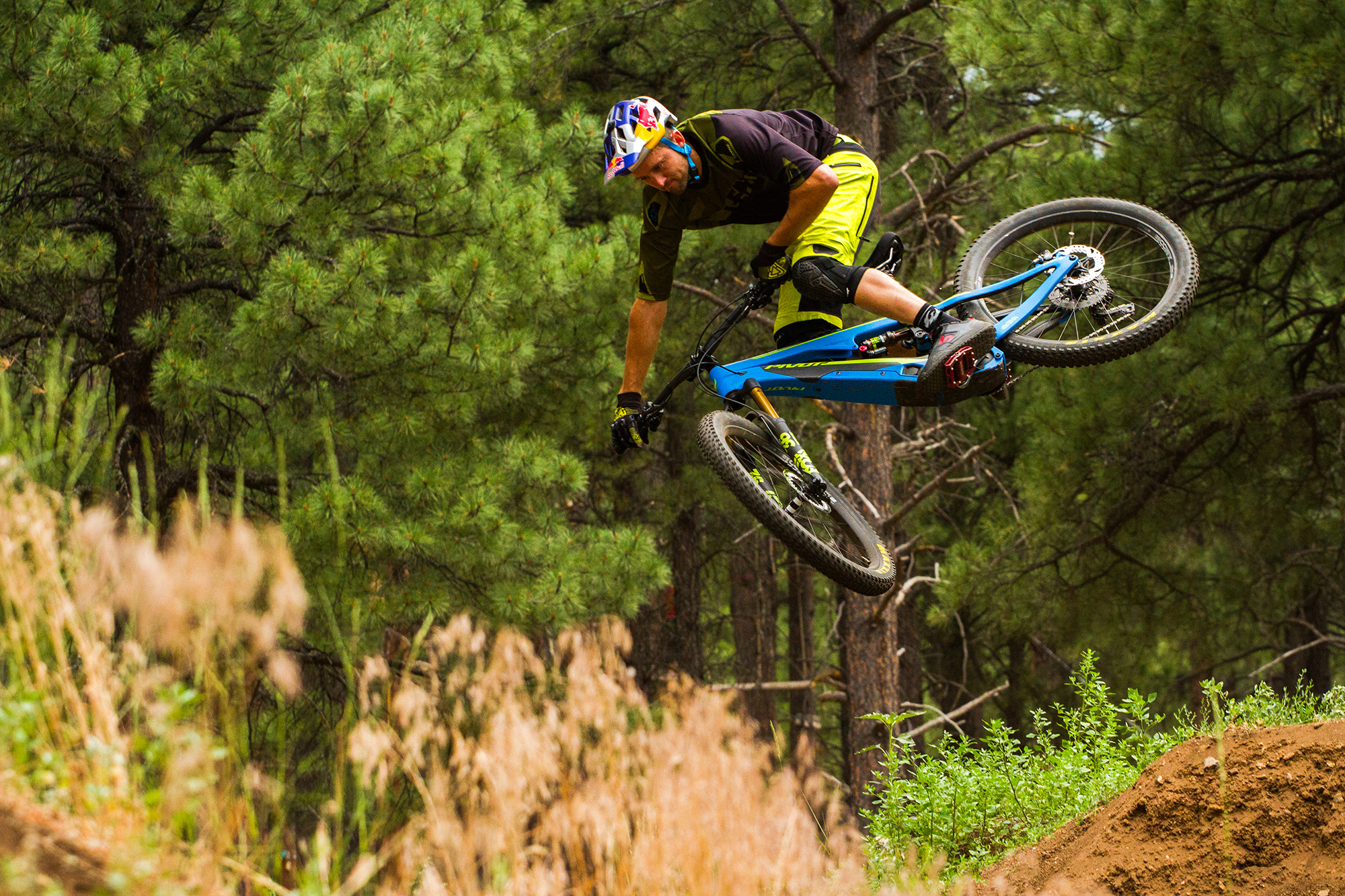 With spec like that on a frame with playful geo and a suspension system designed by one of the best in the industry it’s going to be hard to say this bike doesn’t rip. Is this bike going to be a bike that will rival the mighty Levo in regards to a playful all round trail killer? We’re guessing that it will at least be a solid contender for the title. We can’t wait for our ‘review’ bike to arrive at the office towards the end of May, and we’ll be sure to keep you updated as soon as we start piling up those trail miles.