Austrian Vali Höll is one of mountain biking’s brightest young stars,  with the Austrian’s rapid rise through the downhill ranks charted in a new Red Bull TV documentary, Past-Present-Future.

The 19-year-old from Salzburg is already a double MTB downhill World Cup junior champion and World Championship junior gold medallist as well as earning Crankworx Innsbruck victories in 2020 and 2021. Höll is just getting started now in her mission to make it to the very top of her tough sport with endless determination, enthusiasm for the grind and the perfect body control needed to shine.

I have no idea where it came from, but already as a small child I was stubbornly pushing myself.

Her father supported her along her path, which was clearly mapped out, all the way from destroying boys her own age in her first competitions until she secured her first UCI Mountain Bike Junior Downhill World Cup title in 2018 thanks to a perfect debut season that saw her win every race. 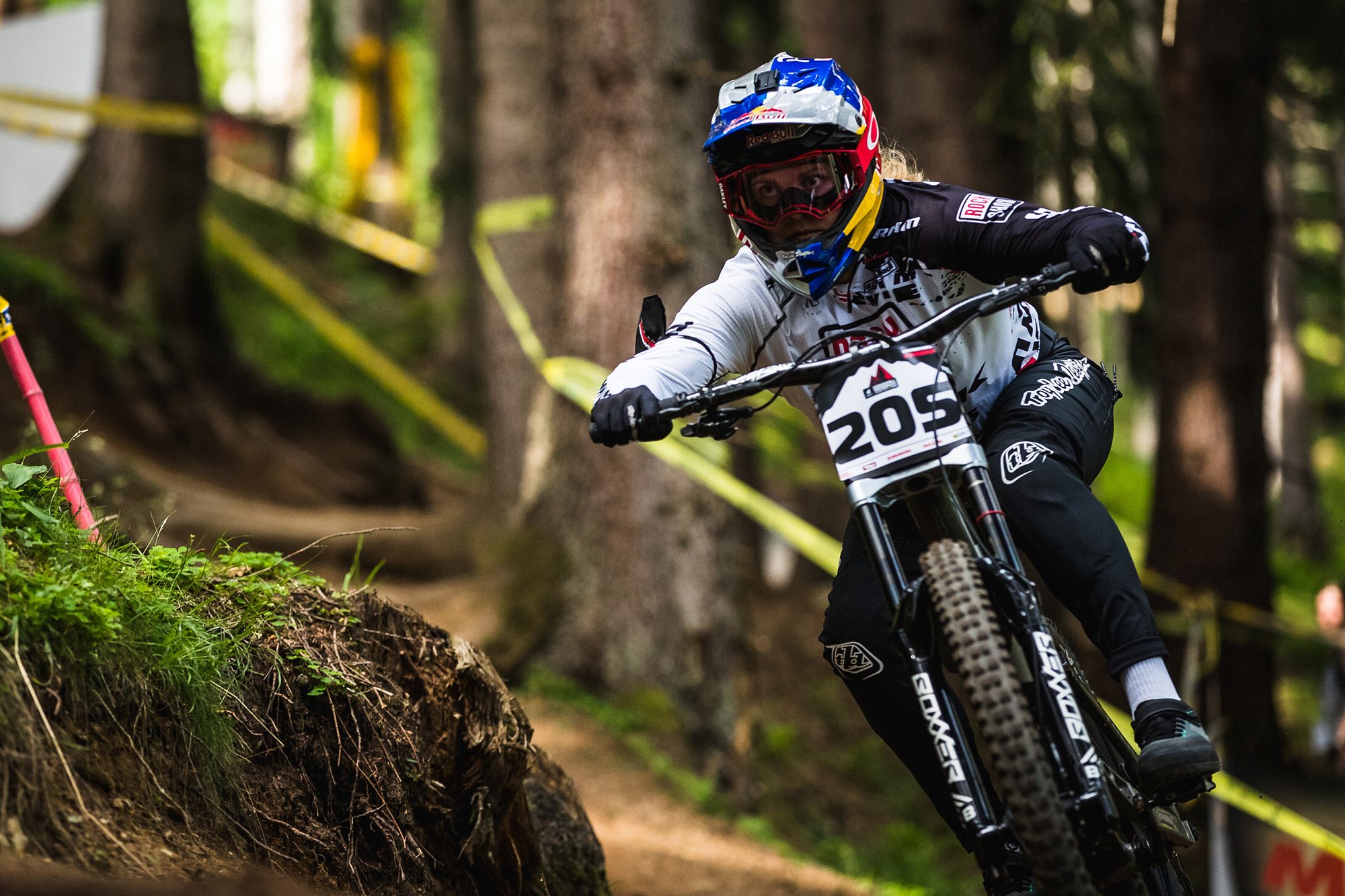 In my first year as a rookie I was just so incredibly stoked to be able to compete with all my heroes – not in the same category, but on the same tracks as the elite riders. That gives you a massive push!

Valentina Hoell celebrating her win of the downhill race during Crankworx World Tour in Innsbruck, Austria on October 5, 2020. // Boris Beyer / Red Bull Content Pool // SI202010050209 // Usage for editorial use only //

In the autumn of 2020 she waved goodbye to the junior class and entered the big time and even a setback in training for the World Championships at home in Leogang hasn’t been able to stop her. Past-Present-Future shows a young athlete who isn’t just building a phenomenal career in sport, but has also matured into an impressive person who is considerate and is also not afraid to speak her mind.