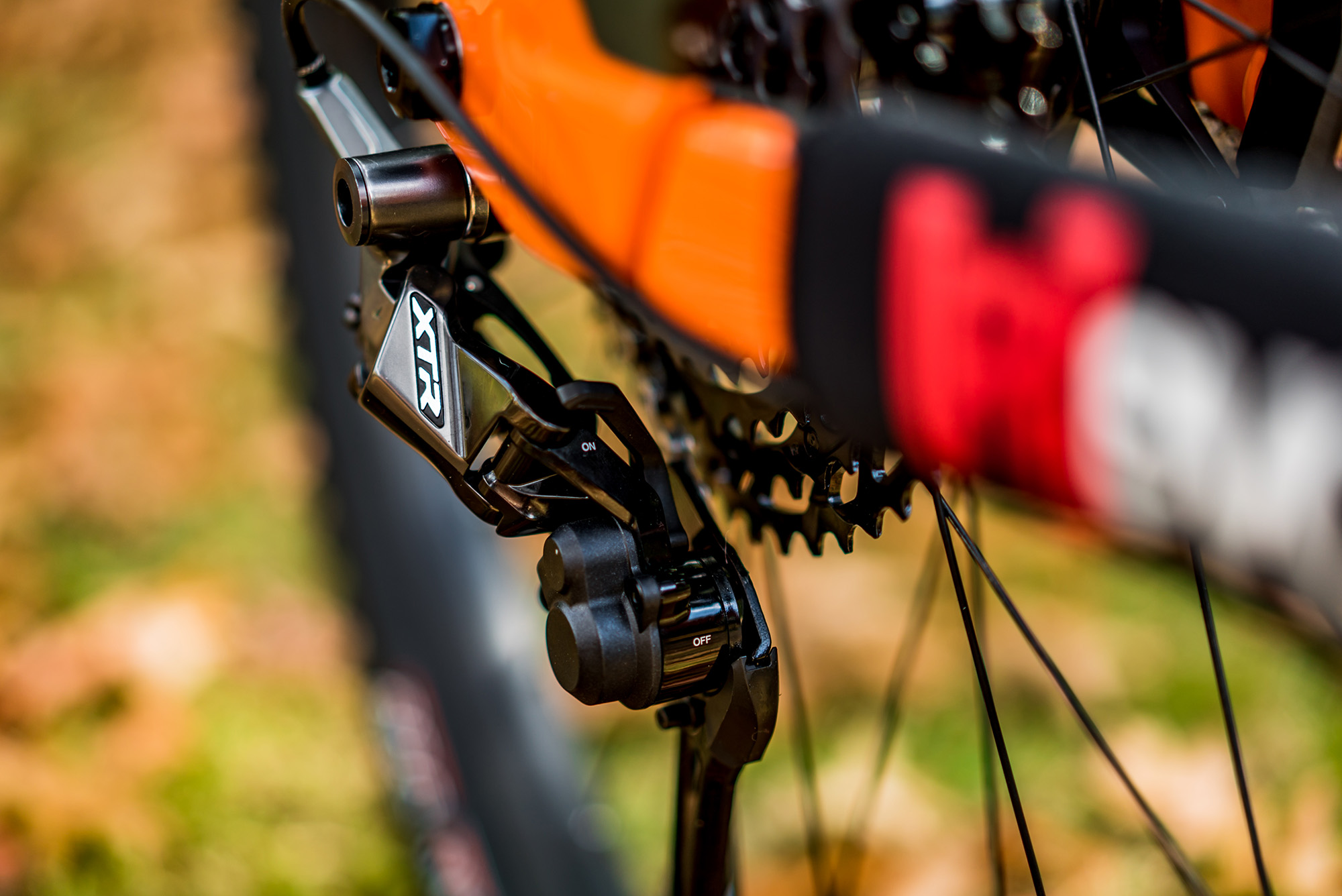 XTR-aaaaah so worth the wait!

It might have taken half of a birthday of waiting (6 months) since we first saw pics and info about the latest generation of Shimano’s ultra premium MTB range to finally get our hands on a fully functioning production groupset, however it has now all arrived at [R]evoHQ and we’re pleased to say our first impressions as we unboxed each component was so impressive that it makes up for the wait.

From what we’re told the main reason for the slight production delay was a few teething issue’s with the ultra complicated manufacturing process that’s involved with crafting each component. Basically, no other brand and no other factories anywhere in the World have attempted to engineer their components using the technologies and material processes showcased within the new XTR range, and so with that, came a few steep learning curves that Shimano had to solve before mass production was possible.

So, when a big package of pretty blue boxes with XTR written on them arrived at our office to be trail tested the big decision we had to then make was to select which frame we wanted to use for our ultimate XTR Dream Bike Build. The new XTR range continues to optimize the groupset into 2 distinct categories; XC and Enduro. Albeit the previous generation categories were ‘XC and Trail’. We were of course sent the Enduro spec and so we wanted to build a bike that had bucket loads of big mountain eating gnarliness but also speed and race winning pedigree. As part of the component package we were supplied a set of XTR hubs which gave us the opportunity to custom build a set of wheels. At that point we were pretty much convinced that the bike should be a 29’er… Then we started thinking about the best long travel 29’er frames on the market, which narrowed the list down to a small handful. In the end, the choice was easy, we went with the ludicrously enticing Rocky Mountain Instinct BC Edition. Packing 160mm of travel up front and 155mm of travel in the rear housed in a simply flawless carbon fibre frame, fitting it out with ‘top of the line’ XTR goodies was going to be a match made in heaven.

At the time of going to print we’d only just got the bike built and its tyres hadn’t even touched an inch of trail. So what we thought we’d do this issue was run through some of the spec highlights and observation we made whilst fitting all of the components to the bike, then next issue we’ll deliver a full blown ‘ridden and rated’ review after we’ve spent a few fresh wintery months out there putting it through its paces…

Starting off perhaps the most distinguishable piece of the new XTR puzzle is that titanic rear cassette. Just how big is it? Well, it boasts 12-speeds and the chainrings range from 10-51 teeth. One thing we really dig about the cassette is that it features equal gear steps of 6T in the last three sprockets (10-12-14-16-18-21-24-28-33-39-45-51T) for an even cadence. Interesting, the cassette uses different metals for different sprockets to allow the best balance of weight and durability. The largest sprockets use aluminium, the middle use titanium and the smallest use steel.

In order to get the chain up and onto the massive top ring of the cassette Shimano had to design a very clever rear derailleur. In fact, the new XTR range features 3 different rear mech models; a long cage version, a short cage version and also a version just for those that still want to use double front chainrings. All 3 derailleurs feature a sleek, aggressive and angular anodised aluminium design. Whilst the appearance of the derailleur is quite large, the actually unit is rather thin and streamline thanks to its Shadow RD+ design. To aid shifting performance the pulley wheels go from 11T to a larger 13T size to increase chain retention and minimising chain bounce.

As we fattened the cockpit controls we instantly liked the hand feel and lever action of the new shifter. The theory behind the shifter design was to allow riders to instantly adapt to rapidly changing conditions with improved cockpit integration to shave crucial tenths of seconds from each operation. That has been achieved through the creation of an I-SPEC EV design, which is the system by which handlebar controls can be mounted together. The new I-SPEC-EV designs give 14 mm of lateral sliding range and 60 degrees of rotational positioning so riders can find their most ergonomic hand position on the shifters and levers and have clutter-free handlebars.

Which brings us to talk about our absolute favourite piece of the new line-up, and that would be the awesome brakes. Compared to all other Shimano brakes that we’ve seen to date, the design of the new XTR brake levers has changed with a repositioned clamp band and lever body. The clamp moves towards the middle of the lever body and the edge of the lever body is cleverly braced against the handlebar to create a stiffer brake with more direct contact feeling and improvement in control. The 4-piston (enduro model) brakeset features a tool-free reach adjust function, free stroke adjust function and Shimano’s Servo Wave technology to give rapid pad-to-rotor action. The calipers are constructed from aluminum and feature a high rigidity brake hose and provide faster brake engagement with a shorter free stroke.

To match the redesigned caliper shape the brake pad shape also changes. Riders choosing the 4-piston caliper need the radiator finned pads whilst the 2-piston calipers fit the pads without fins. The rotor design meanwhile uses a revamped Ice-Technologies Freeza construction to either reduce weight or boost heat dissipation. Our Rocky Mountain dream machine has been fitted with 180mm rotors front and rear.

Righty’o, thats the theory side of the groupset covered now its time to put it all to the test and get it nice and dirty…

Remember how we mentioned at the beginning of the article that Shimano had a few little manufacturing hurdles that pushed back the groupset’s market release? Well, Shimano actually had to completely revise the design of 2 of the components that were originally touted in the line-up when Shimano very first unveiled it mid last year. The 2 items that had to be rethought was the design of the cranks and also the rear hub. Shimano are actually still working on the new XTR cranks but in order to be able to release the rest of the groups they’ve released an interim crank which isn’t technically ‘XTR’ (thus as you’ll be able to spot in the photos here the cranks are all blacked out with a simple ‘Shimano’ logo), however with all that said and done the cranks seem pretty nice and they fit perfectly with the new drivetrain, so for the time being we’re happy to give them a go and see how they fair.

As for the rear hub, originally Shimano were hoping to utilise a new piece of technology that they’d come up with called SCYLENCE which would have meant the freehub spin was completely, 100% silent. Unfortunately that design had to be shelved, at least for the time being. That said, the XTR production hub is still very, very quiet indeed.  Now, in order to make room for the tiny 10 tooth ring at the bottom of the new cassette Shimano restructured the FREEHUB design with what’s known as Micro Spline. It’s a pretty neat looking set-up and we found lining up/fitting the cassette was a breeze. Removing the cassette is just as much of a breeze with the new Micro Spline design. Options wise the front hubs are available in 100 or 110 mm spacing with a 15 mm thru-axle and rear hubs come in 142 or 148mm (Boost) with a 12 mm thru-axle. 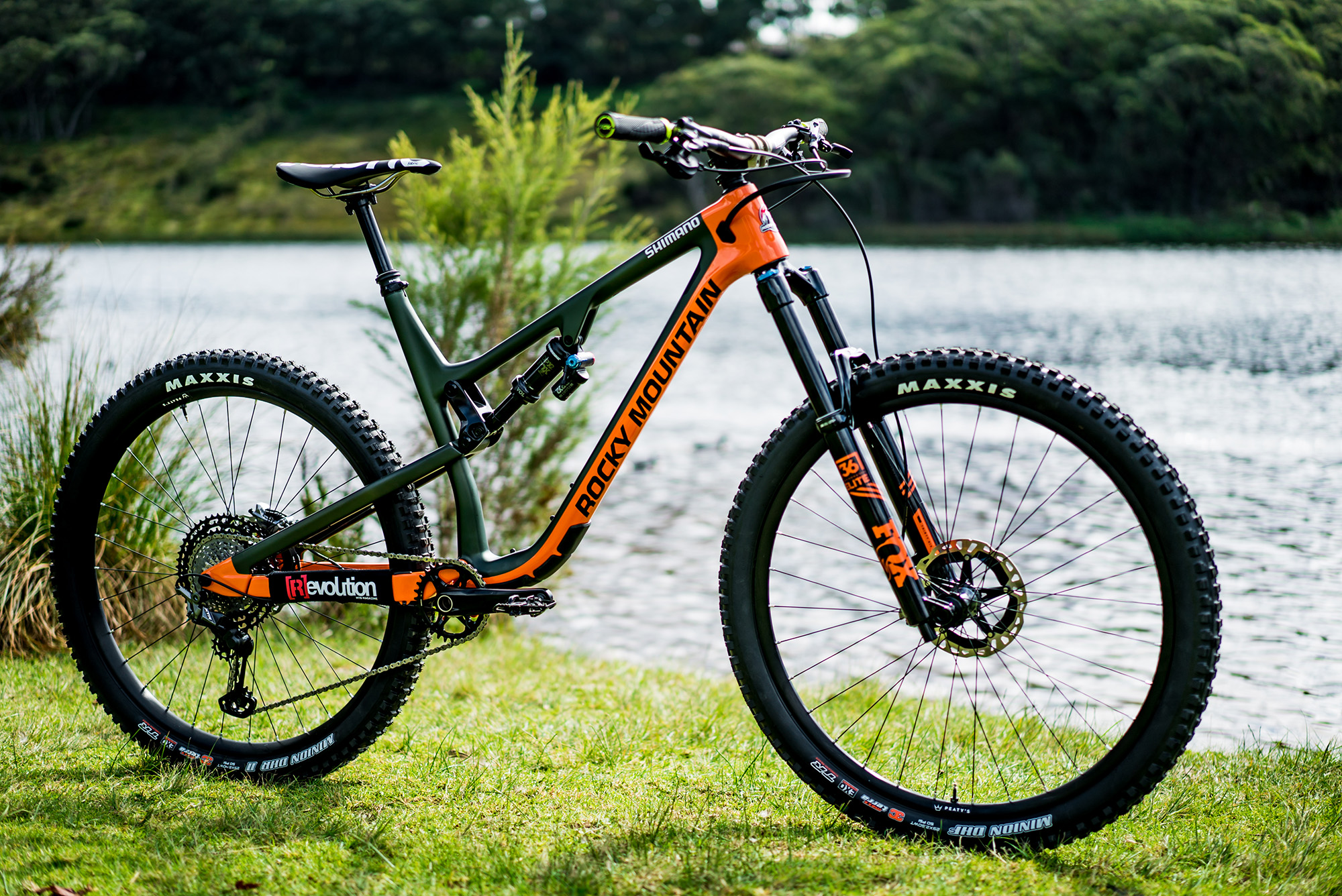