With Rampage just around the corner, Carson Storch figured why not gap a train as part of his preparation!

Oregon native Storch’s ability to ride on slick downhill trails, challenging freeride terrain and big mountains has made him a household name in the MTB world and on the Freeride Mountain Bike World Tour. Ahead of another shot at Red Bull Rampage glory, Storch filmed for five days on Highland Mountain Bike Park trails for the latest RAW 100 series instalment that involves gapping a train…

Built by Sylvester Marsh in 1869, The Cog Railway was the world’s first-ascending railway system – running from the base of Mount Washington to the 6,288-foot summit – and has become one of New England’s biggest attractions with over 80,000 visitors every year.

In celebration of the Cog Railway’s 150th anniversary, Storch made the first-ever (sanctioned) bike descent along the famous tracks while trail builder Knight Ide worked with Storch to fabricate a 45-foot hip at the base of the railway to gap the historic train. 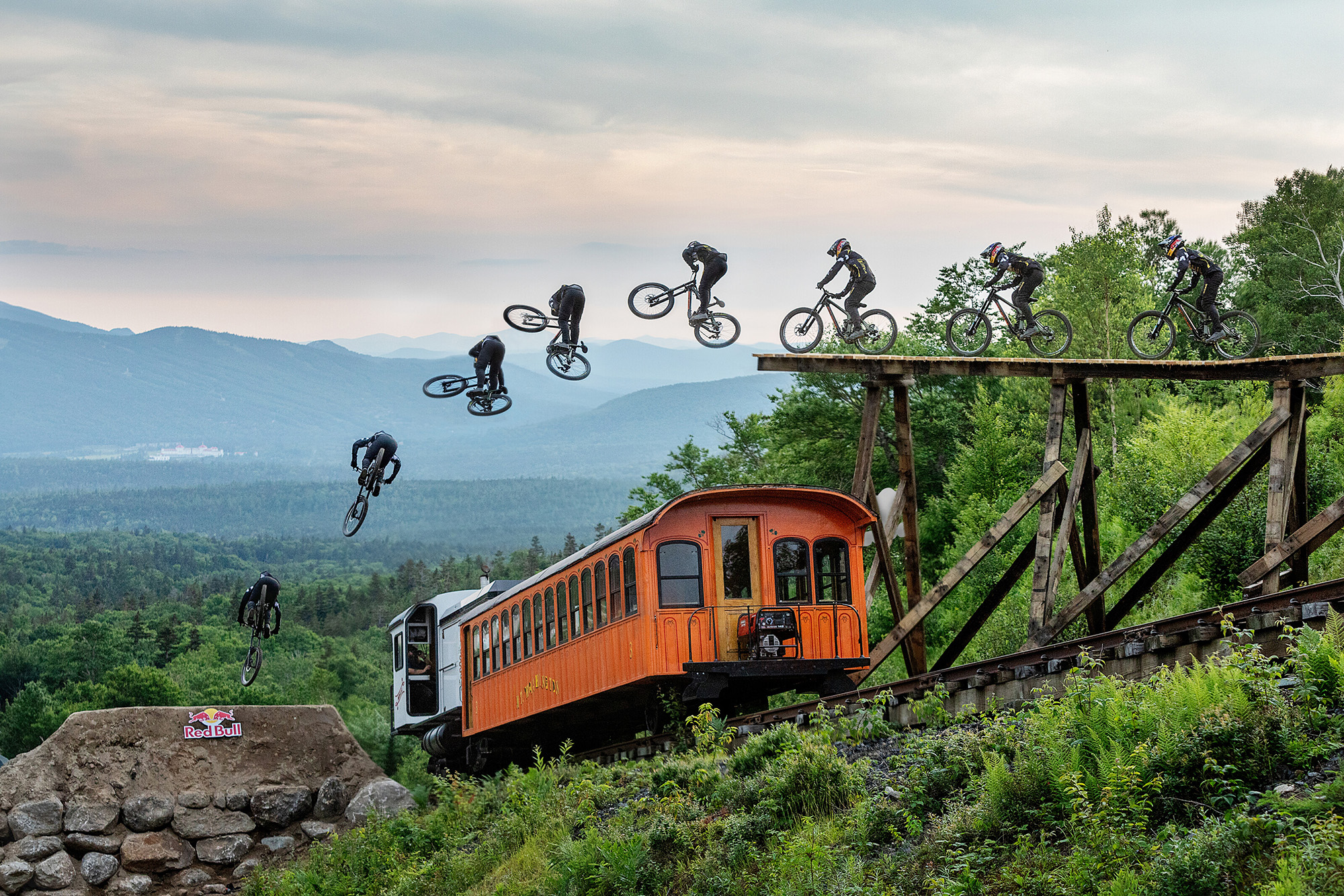 “It’s always nice when you get it good the first try. After that, it was crazy integrating the train into the picture, because it blocks off a lot of sight. I couldn’t see the landing from the run in, or the end of the flat drop so I just had to trust my speed and wait until I was in the air over the train to see where I was going to land. I’ve been going to Highland pretty much every year since 2012. Seeing the railway and the old coal trains in action is like taking a step back in time. It’s what this country was built on and getting a taste of how they operate is rad.”