Few brands in MTB boast the cult like following of DMR. Launched way back 1995 in the UK, as a hardcore dirt jump focused brand, it was an overnight success and quickly went on to become a household name in the global MTB scene. Now, 25 years later, DMR continues to lead the way spearheaded by their unique product catalogue of innovative components alongside some of their most iconic product offerings that have stood the test of time.

We recently caught up with one of DMR’s founding partners, Matt Ryley, for a chat about the brand’s history, their unique take on the scene and what it is that keeps driving their success.

[R]: First up, I always thought DMR was an acronym for Design, Make, Ride, however it turns out that’s bullshit. Run us through what the name actually stands for?

Haha, it could be Design, Make, Ride and over the years we have heard quite a few imaginative versions, but the dull truth is that it is simply a combination of our initials; DM and MR

What year did DMR come to be?

So, the first product you guys made was a pedal. In fact, it was the first ever MTB specific flat pedal if I remember correctly, eh? Tell us a bit about how those early products went on to propel the brand to the point that it so rapidly grew to?

Actually there were a few products before pedals, first product were single speed Chain Tugs, closely followed by a BMX frame called the Trigger. During this time, we were sourcing, importing and selling BMX and MTB product and realised that the SPD pedals on our MTB’s had a much higher quality bearings and axles than the flat pedals we had on our BMX’s.

“We went ahead and ploughed pretty much every last penny we had into developing and designing the first V8’s and V12’s.”

It certainly didn’t feel like an instant success, there were a lot of shows, races, events and good old fashioned graft; calling up dealers, sending faxes(!), making contact with international distributors, sending letters, reaching out to riders, race organisers and working 6 or 7 days a week, (every week) chasing every lead or opportunity that arose. It was hard, but fun and incredibly rewarding.

Throughout those early years DMR was always seen as very much a hardcore dirt jump brand (hells yes!), whereas these days the brand caters much more to the mainstream riders. How did that transition occur?

I guess it’s basically just natural evolution; as a company we have never borrowed money to fund our growth or day to day business needs, as a result we have been able to grow the business in an organic manner without any external pressure from investors or banks to meet sales or turnover targets. This has allowed us to do what comes naturally and what feels right and to a certain extent, do exactly what we want to do.

“DMR has matured with a lot of the dirt jumpers and BMX riders that we were working with in the early days and as they have grown up a lot of them are now riding different types of mountain bikes, which could be considered mainstream.”

We have always had at least one DJ frame in the line-up and still sponsor the UK Dirt Jump comp series Dirt Wars. However, having said that the business now employs more people, we have more responsibilities at work and at home and we do need to have a certain value of sales and product turnover every month to keep the doors open and the lights on. 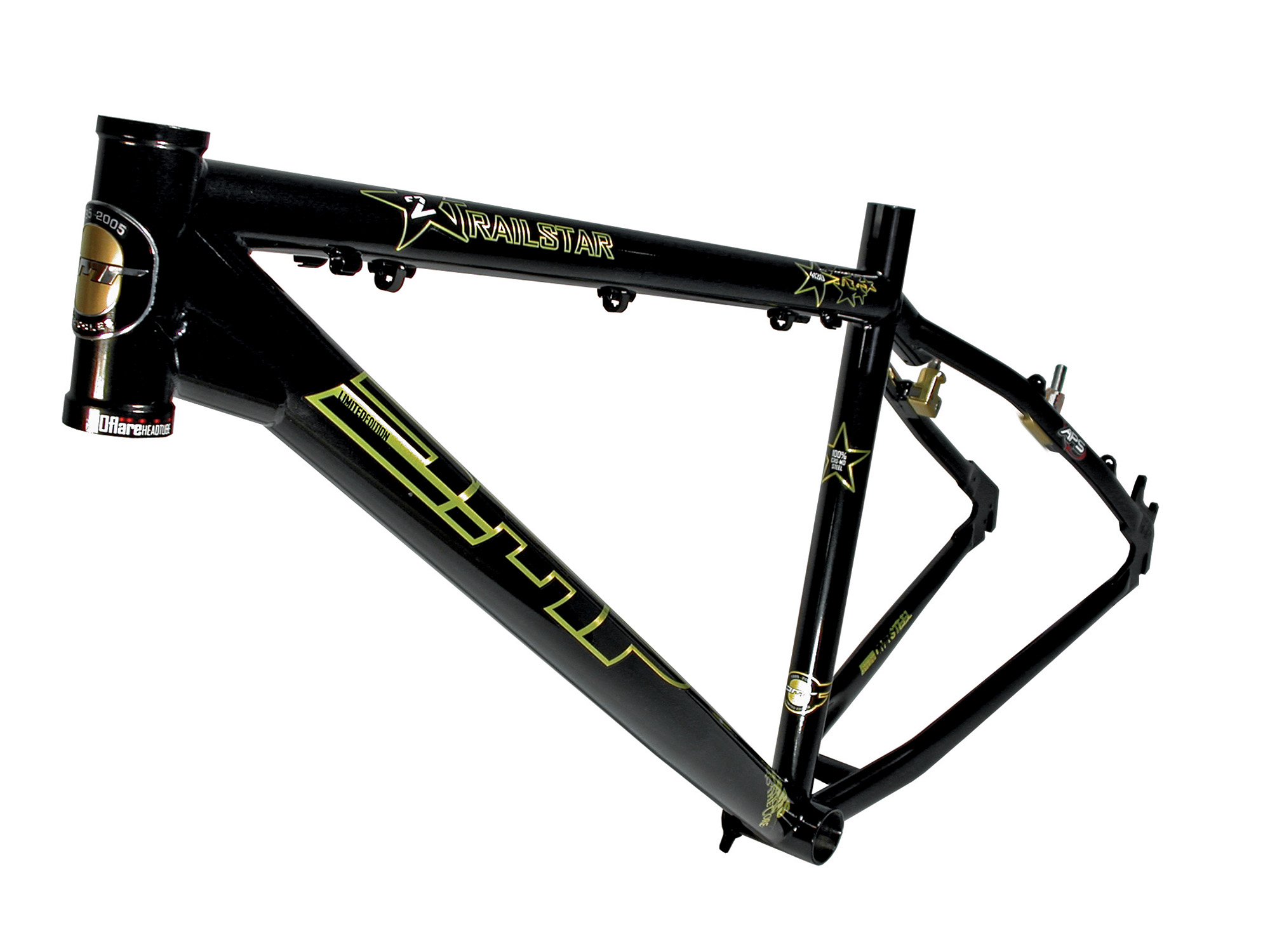 When you guys launched the original ‘Trailstar’ jump frame it changed the DJ scene and that frame created its own cult like following. Perhaps more so than any other brand that is still in the game today, DMR no doubt has managed to keep a lot of that deeply loyal fan base. Do you guys often hear from people that have held onto and still cherish their original dirt jump bike/frame?

Yes – it is amazing how many old frames are out there still used regularly or tucked away in garages. We get requests for decal sets or a spare part from a cro-mo crankset that might be 15 years old and where we can we will rummage around in the stores or workshop to help people out. We often get photos sent in or posted on our Facebook page of original bikes, or renovated bikes and it’s nice to see. I also have my own personal Trailstar frame from the very 1st production run, but I am furious with myself because I resprayed it about 15 years ago and covered up all the original graphics!!

Of course, the Trailstar frame is still a staple of your current range. How much has the frame evolved throughout the years?

The original Trailstar was so much fun, so versatile and simple and perfect for what everyone wanted, it was a ‘hooligan that could turn its hand to anything’. In one sense it was a 26” wheeled BMX that you could put a suspension fork on, a bike you could stand up, pedal and ride hard, just like a BMX, but with the advantages of a larger wheel, front suspension and wider choice of tyres. Ride trails, dirt jumps, race 4X, skate parks, street or even trials; disc brakes or vee brakes, 24” or 26”, single speed or geared, BMX or MTB BB, or any combination of the above, all in a package that was easy to swap, change, amend and update to exactly how you wanted your Trailstar to be, it was without doubt the original all mountain hardtail.

“But times have changed, and riding styles and spots have progressed and the original Trailstar in today’s riding environments wouldn’t cope with everything quite as well as it did back then.”

The current Trailstar is the original AM hardtail reborn and ready for all you can throw at it. We wanted it to be just as versatile, if not more so. With slack, low geometry, relatively long wheelbase but with a short rear end – it’s a bike that absolutely rips through corners yet feels totally composed on steep stuff and has a lively and engaging ride quality –  its  built for the mountain bike trail riding which got you hooked in the first place. The original was great, but this one is on a whole new level.

What year did you start offering complete bikes and how did that change things for the brand?

It was the DMR Rhythm in 2002 and since then we have always had at least 1 complete bike in our range. (Rhythm, Sidekick, Trailstar, Transition24, Transition26, 898, Omen, Drone, Reptoid, Reptoid 9spd, Wrath, SLED, Sect and now Sect Pro.) It doesn’t feel like it changed the brand much, but looking back at that list, you get an idea of how many people over the years must have had a good time riding a DMR bike, which is good, really good. By offering complete bikes, it has enabled us to stay connected to trails, dirt jumping and generally hacking about on a bike having a blast.

I remember reading a report a few years ago that said the (DMR) V8 pedal was in fact the highest selling pedal in mountain biking. Are the V8’s and V12’s still a big part of the picture?

Ha-ha – I wouldn’t have thought so, and I honestly have no idea about that or where that info would have come from but maybe. For sure it has been a fantastic seller for us over the years and continues to do so alongside the V6, Vault Midi, Vault, V-Twin and Versa. 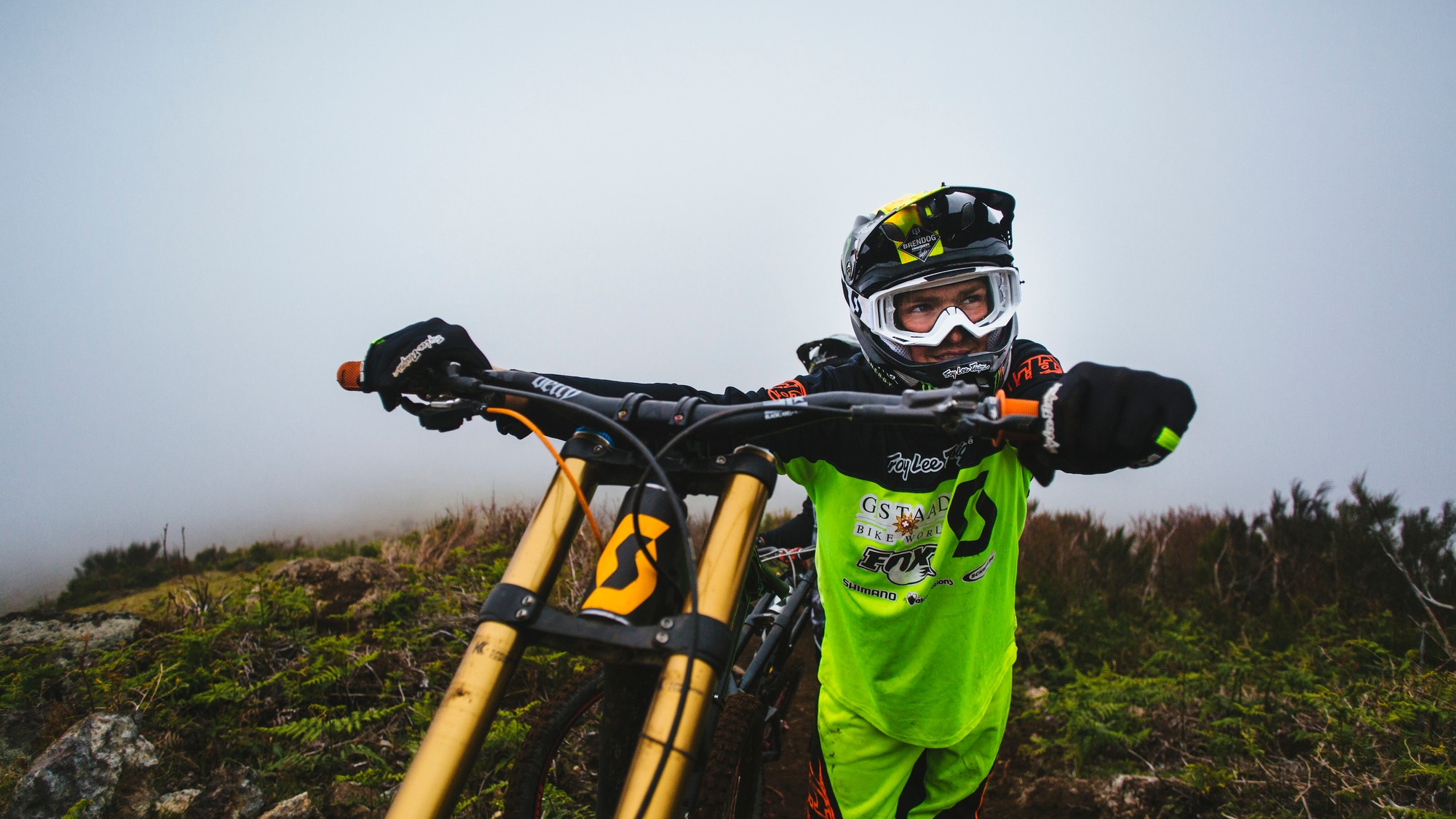 The ‘Deathgrip’ is another massive product for you guys right now by the looks of it. What sets those grips apart from the pack?

It really and truly is rider designed. We basically had next to no input regarding the basic design; yes there was a lot of engineering design to be done and decisions that had to be made to fine tune it ready for production and ultimately we had to be happy with it before committing to tooling and calling it a DMR product, but the basic elements of the Mushroom, Waffle and Knurled grips and their layout came from Brendan (& Olly) as a result of their many years of riding at the highest level and talking about what they wanted in a grip and the reasons why.

You’ve also just released a ‘flangeless’ version of that grip as well, eh?

Yes, there is also a flangeless version of the Deathgrip, and we have some other ideas in the pipeline to develop it further, but to be honest, there’s not much we can do as it so good already.

Obviously that’s the big guy’s signature grip, how many years have you guys been working with Brendan (Fairclough) now?

Brendan grew up close to DMR towers and has always been a close friend of Olly Wilkins, who we first sponsored in 2001. We have flowed various products to Brendan for many years on an adhoc and unofficial basis, but we first hooked up officially with Brendog for the Signature version of the DMR Vault pedal in 2013 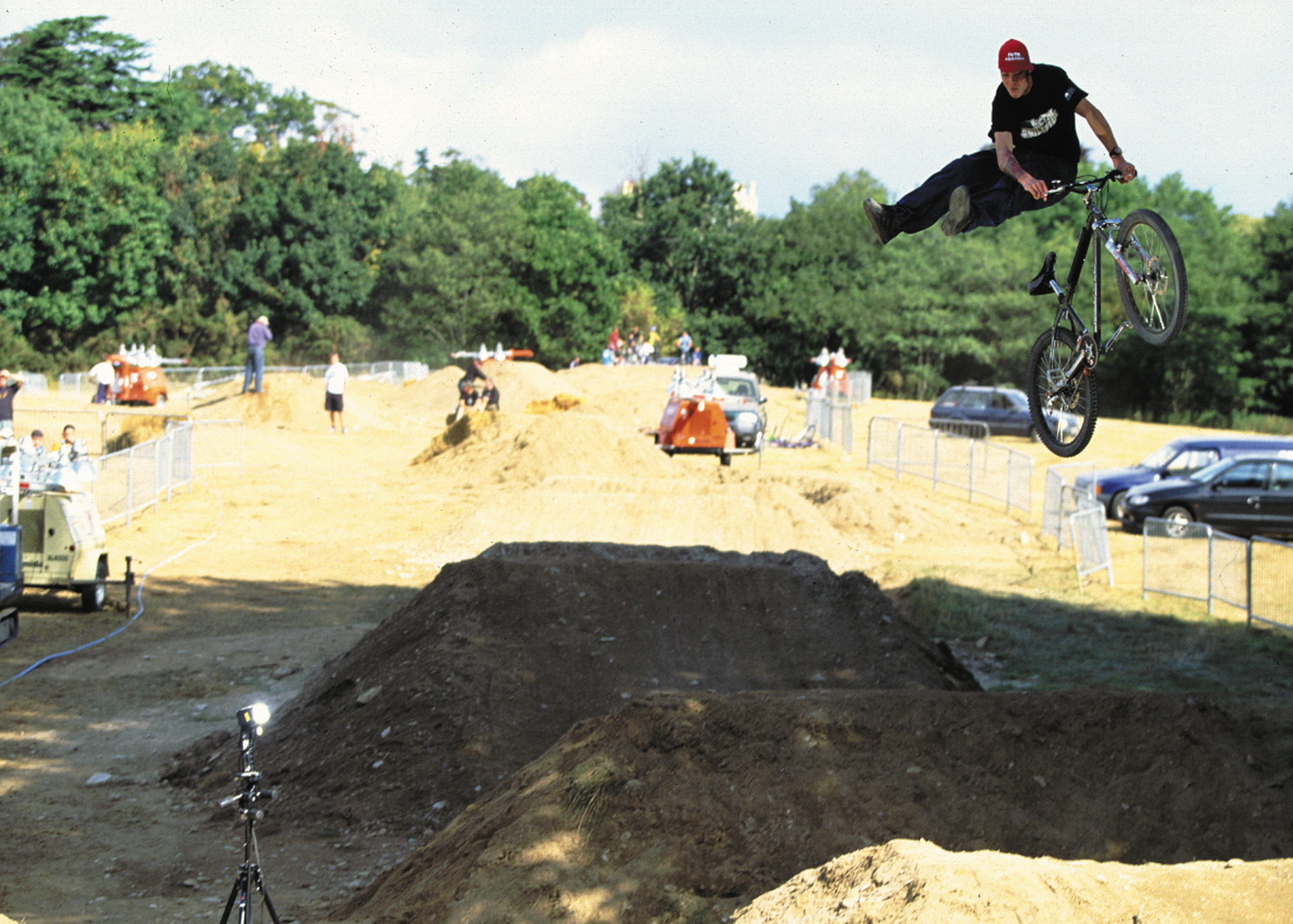 Down here in Oz there’s somewhat of a resurgence happening in the jump scene. Are you guys noticing the same up in the UK and around the world?

Yes, we see it too, but think it’s more than just pure dirt jumping. Certainly, in Europe where lots and lots of towns and cities have fantastic pump tracks. In 2018 we felt that we were getting more enquiries about the SECT frame and UK dealers were building up more custom builds, our hunch was backed up by sales of DJ frames globally and hard data from our website traffic on certain pages. This was the catalyst to us developing the SECT complete bike which hit the shop floors in early 2019 and has sold well through a lot of our international distributors. For 2020 we will be continuing with the SECT complete bike in 2 new colourways and adding a higher specification SECT Pro model.

[R]evolution OG/Founding partner Matt Holmes may have been a fan of DMR when the Trailstar launched. Jad Cranks anyone?

To wrap this up; you boys have been kicking goals for over 25 years now, what does the future hold for DMR?

We have assembled a  great team at DMR; designers, R&D, workshop, riders, purchasers, marketing, sales and  warehouse, all vital cogs in the DMR machine and without exception, it is fair to say that we all still want to be making killer bike products and as long as we are making what riders want we plan on being here for another 25years! [R]