High on a mountain ridge in New Zealand, near the South Island city of Nelson, is downhill mountain biking legend Brook Macdonald’s Dream Track – a course that’s been on his mind for the past five years. The 30-year-old has wanted to ride something with high-speed technical features that not only showcased his fast and aggressive riding style, but also pushed his and downhill’s boundaries.

Over the recent New Zealand summer, Brook saw his idea go from fantasy to rideable reality on a hill above a farm in Motueka. Renowned shredder and trail builder Remy Morton was the man Macdonald trusted to build him his dream track. Together they wanted to create a track unlike anything seen before in a downhill context.

My dream with this track was to showcase how gnarly this sport is, as well as the potential of downhill and what we can actually do on these bikes

A massive crash at the UCI Downhill World Championships in 2019 saw Macdonald off his bike for nearly a year with a serious spinal injury. He had to learn to walk again first, never mind get back on and ride his bike. His recovery and comeback has been remarkable, but there were still reservations in his mind about how he could cope with downhill racing and so he was determined to get rid of those thoughts with this Dream Track build.

The whole crew are super talented riders who rode everything we built. That was key for this project, because when you’re building something at that scale, there’s few people that know how to build it, let alone ride it After visiting the top ridge, I just couldn’t get this pile of rocks out of my head. I explained to Brook how we could do a start ramp off of it. Once we got the woodwork installed, I think it came to be one of the more iconic starts to a downhill track in the world. 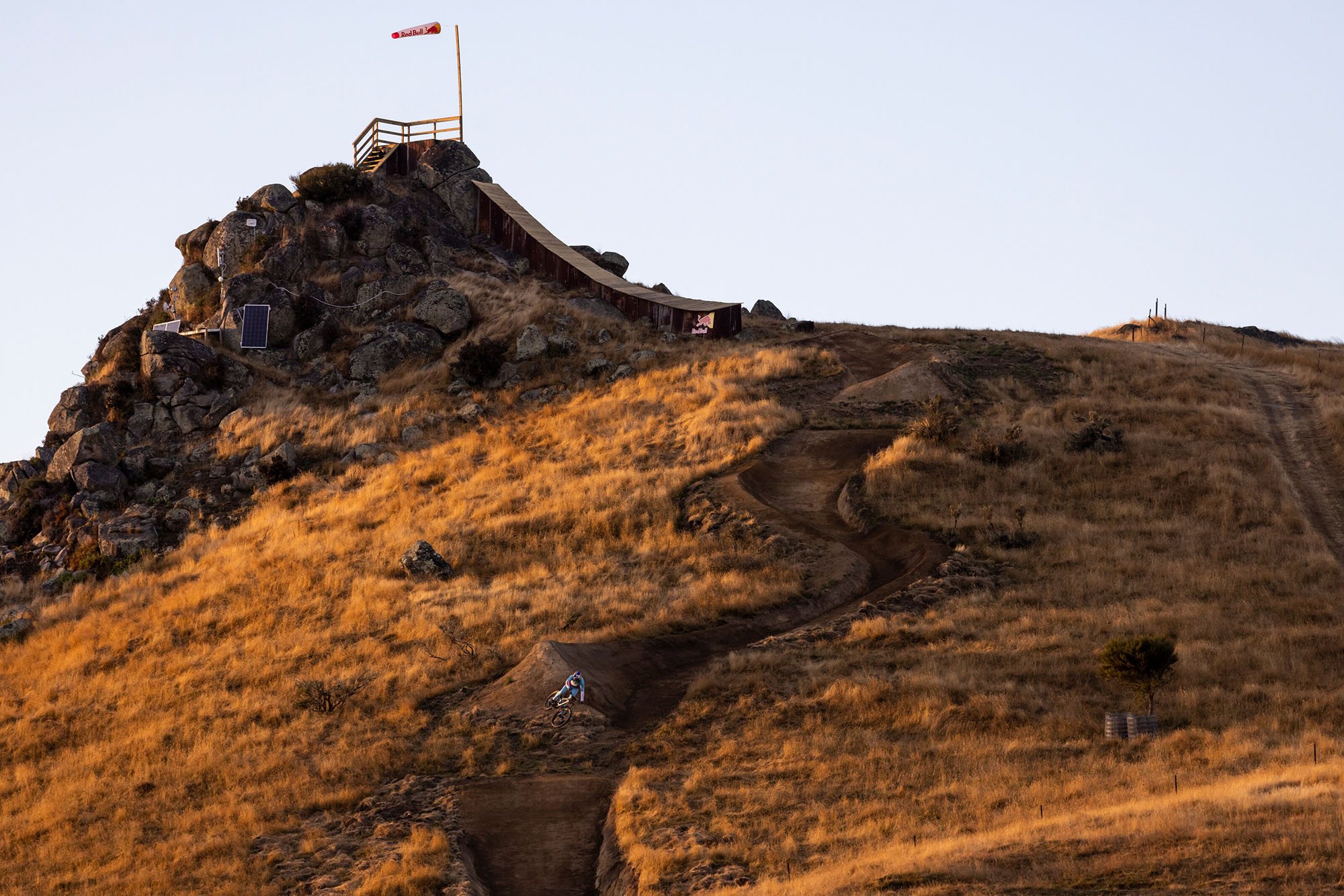 After 25 days of building in the dry heat of a New Zealand summer, tools were thrown down and diggers switched off as Macdonald stood at the top of the ramp, ready to roll into his dream run. The question on Morton’s lips – will the track make the Bulldog bark?
The answer? Heck yeah. At 1.8km and with 440m of descending, Macdonald’s Dream Track is one thrilling ride – a hardcore combination of high-speed, big jumps and technical sections that Macdonald ripped to pieces.

Building this track, for me, is the biggest achievement coming back from my accident. That’s what I lacked confidence in – doing scary, decent sized jumps.

His dream to showcase what’s possible on a downhill bike could only be achieved by pushing the limits of track building. It was built in a way that hasn’t been showcased in downhill racing before, which Morton says is a huge step forward for the sport.

A lot of people in downhill say the old-school tracks are best – when it’s left raw and untouched. But sometimes the more you work the land, the cooler it gets. Having a digger go down the whole track in such a new-school fashion creates a whole new style of riding,” he said. “Everyone is trying to make the bike faster on the track that already exists, instead of making the track harder for the bike. We’re all riding these highly engineered, futuristic bikes on the same tracks we were in the early 2000s. That’s what we tried to change here with Brook’s dream track. 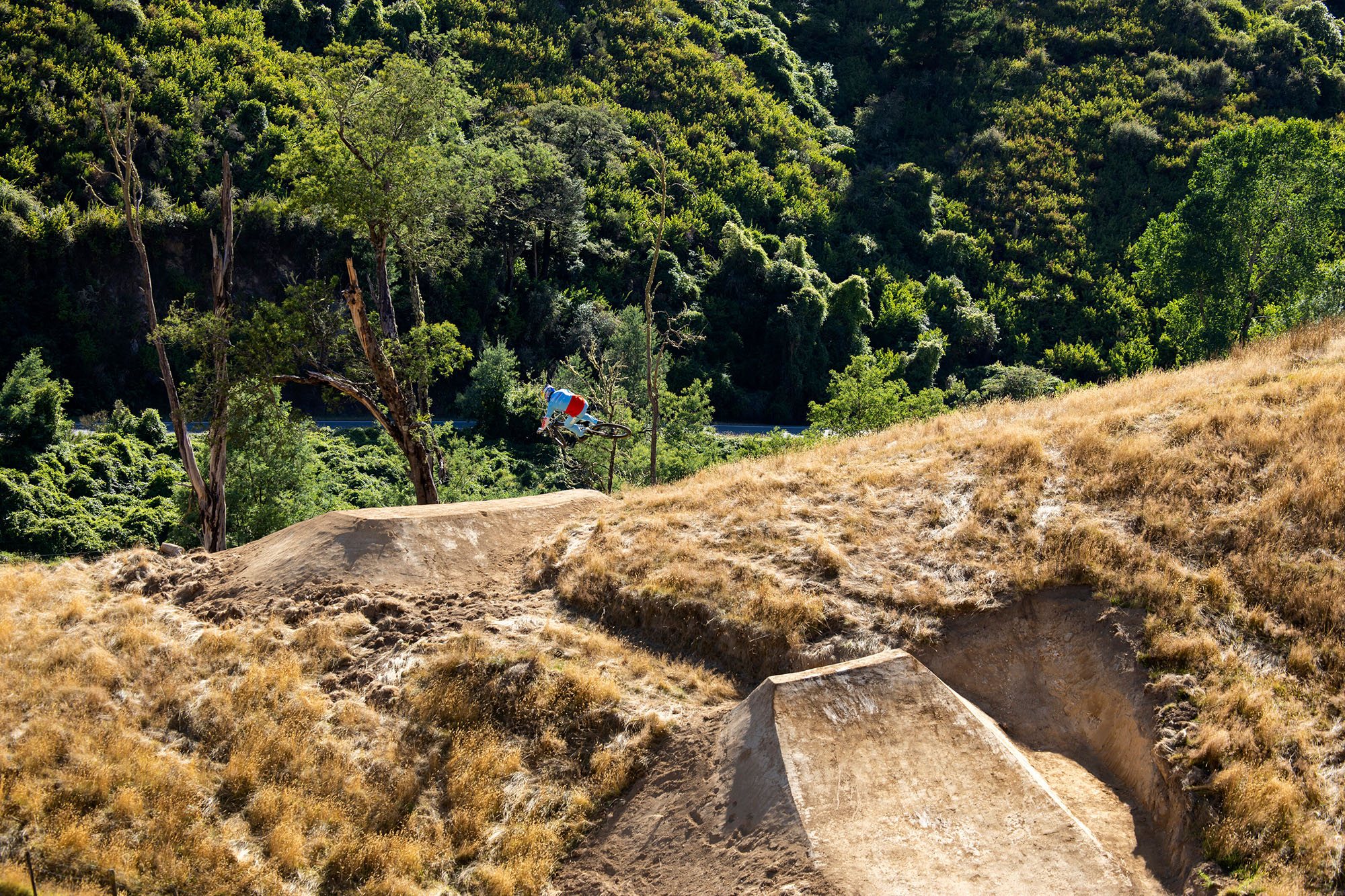 Together they have created a masterpiece, at a standard unlike anything else seen in the southern hemisphere at least. Macdonald has big hopes for the track’s future, too, with ideas of an invitation race in the pipeline.

This track has definitely pushed my boundaries and I hope in the future we can push other people’s boundaries on it, too.