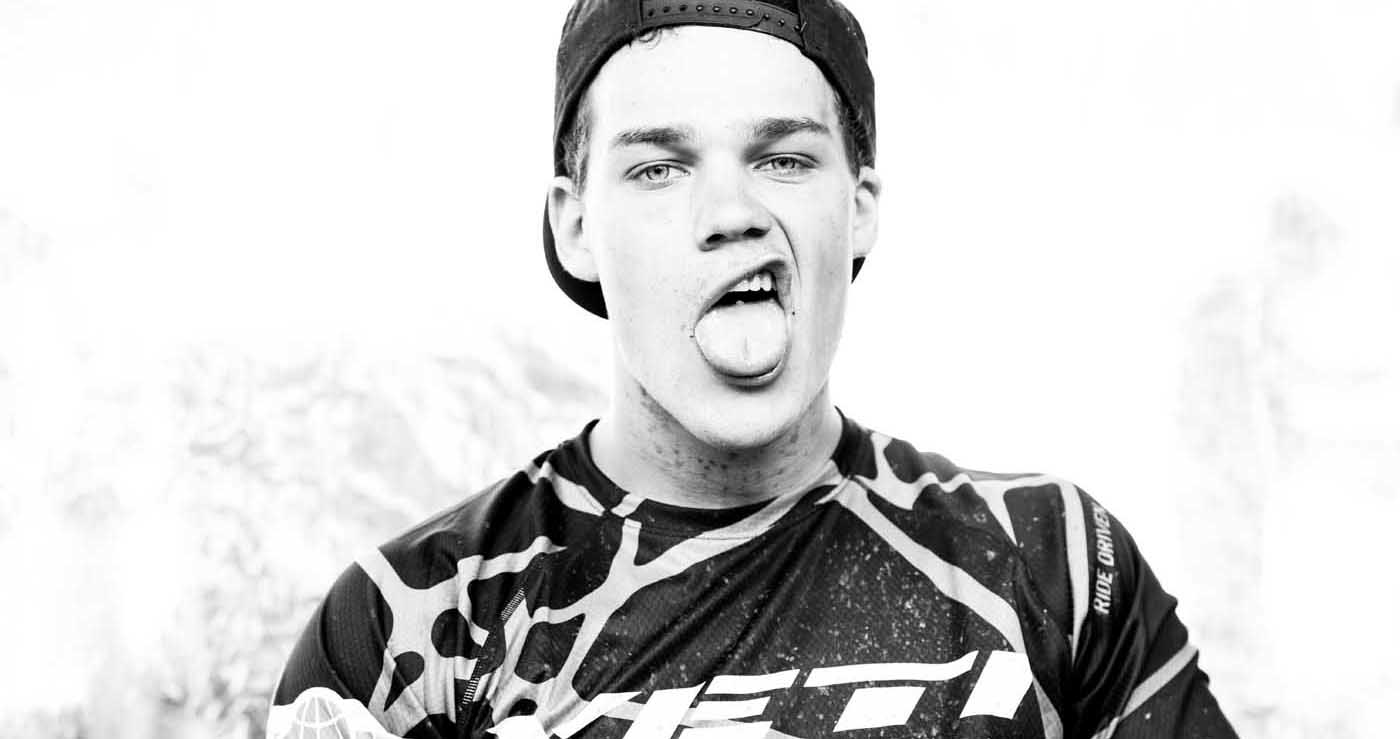 When we conducted a quick quiz amongst the [R]evo staff asking them who they thought were the best riders across the board in 2016, the overwhelming majority answered Richie Rude.

His dominance of the EWS series for a second straight year, combined with a strong catalogue of web videos, edits, and constant media presence, in our opinion Richie truly was the best MTB rider to throw a leg over a rig this past season.

Richie’s close friendship with Jared Graves has seen him spend pretty much his entire off-season living out here in Oz up in Toowoomba. The young, friendly, humble and polite American loves Australia. And it sure seems the greater riding community of Australia love him in return! To add to the package, Richie recently signed one of the most coveted deals in all of action sports; a Red Bull athlete contract. With a blue and silver helmet on his head this season, and all of the support that that brand extends to their ‘family,’ it is a little scary to even contemplate how dominate Richie will no doubt be. While the wet first two rounds haven’t given him the results he’s hoped for, his championship winning determination and riding in tough conditions have him in a strong position with a long series ahead.

“I don’t think I’d be the rider I am today without Jared.”

We caught up with Richie for a long chat that eventuated in a piece we ran in issue 45 with photos thanks to Dave Trumpmore and Sven Martin. Here’s how the conversation rolled…

Who is Richie Rude?

Whereabouts in the States do you live and what are your local trails like?

Pretty quiet town called Redding, CT. Trails are close by but pretty tame compared to most EWS tracks. Lots and lots of rocks and not much elevation, great for awkward tech training!

Right now the race season has ended and you’ve got some time off. What kind of things are you spending your days doing?

Just doing normal people stuff and thinking about next year. Spending some good amount of time off the MTB and been having some fun on the road bike. It’s been getting cold back home so the gym has been helpful. And also staying on top of my sweet tooth. Enjoying nights with the girlfriend.

For the last bunch of off-seasons, you’ve escaped winter and headed down here to Oz.

Can’t beat a month or two in the hot sun of Straya (aka my second home). Plus being able to get my legs ripped off by Jared Graves.

Speaking of whom, you and Jared are super close, eh? You guys seem pretty much like brothers. Tell us a bit about that relationship and the roll that he’s played in helping you to become the rider/champion that you are today?

I don’t think I’d be the rider I am today without Jared. Just being good buddies and pushing each other out on the trails has made such an impact on the both of us. Being good buddies and having good talks about the races and go pro and training obviously helps a ton! I can’t thank him enough for having me out at his place and of course being his grasshopper.

Obviously Jared changed teams at the start of this year which was a pretty big break away from the years that he’d been on Yeti and from you guys being teammates. Yet you guys still hung out and trained together in the lead up to the season. Nothing is going to break that bond you two have, eh?

Nah we won’t let a little change in team break us up. It only adds a bit more friendly rivalry! Makes us want to beat each other that little bit more.

A career onboard Yeti is on the cards.

Stoked during the 2016 Whistler Crankworx!

Sponsor wise, you’ve been with Yeti throughout your entire pro career. I’m sure there’s been a lot of offers from other teams thrown at you during that time. Is brand loyalty a really big thing for you and led to your decision to stay with Yeti for so many seasons?

For sure, I take brand loyalty pretty seriously. I don’t like to jump from brand to brand. Along with Yeti I’ve been with Smith for around 7 years. It’s not just brand loyalty, it’s being a part of a great company filled with people that are invested in you and want you to succeed. Yeti has a great vibe with everyone and it’s not something I’d give up! Plus the bikes are killer.

After you won junior Downhill world champs you made the decision to focus on Enduro full time. What made you decide to make the swap to Enduro when you were rapidly blasting up the DH ranks at that point already?

Well my pal Jared Graves was killing the Enduro scene, so the team was looking to move full time Enduro. I took it as something new and exciting. I ride mostly trail bikes at home, so it was a very natural change. I do miss DH now and then. I want to see how I’d stack up!

Obviously that transition wasn’t an easy one and you had mixed results for a few seasons as you settled into the new race discipline. But then last season it seems like something just ‘clicked’ for you dominating the EWS. What changed?

I think I found my feet a bit in the sport, being with Jared we found some good speed and my technique naturally increased over the season. I figured out my limits and what could be pushed. Same great bike and team.

Why is that transition from DH racing to Enduro racing so hard for top DH riders?

The hardest thing is mentally/physically going through a whole day of riding and slowing everything down; knowing you have seven stages rather than just one track you race.

Tools of the trade for the #1

Those 36’s might just be available to us as of this week!

Let’s talk about your race bikes – this past season you went between an SB5 and an SB6. What factors into the decision of which bike you’ll race on a given weekend?

Do you still spend any time riding a DH bike?

DH bike? You mean my SBc with some 40s strapped to it! Ha ha.  I might go out for a day or two early season. I do a couple of races down in Australia with Jared before the season starts. Helps to get the speed going and get loose. I don’t spend as much time as I would like on it. I hope to get out more this season.

Do you think you might go back to racing DH one day?

Sam Blenkinsop told me that if I win another EWS title, he’d take me back to DH! haha I think if I got to a point where I wanted a change, I’d look to try and compete again in DH.

Which result has meant the most to you; winning DH world champs as a junior or the first time you won the EWS overall?

First time I won the EWS overall, it felt like more of a dream winning the overall series. And making it back-to-back for Yeti made it all seem even more unreal. It was a long season trying to fight to get on top and when you finally cross the line in Finale all the pressure goes away and it was such a surreal feeling.

Richie backing it in during the 2016 Enduro World Series, round two Cerro Cathedral, Bariloche, Argentina.

Watching you ride and seeing your style, and your general attitude/body language on the bike, you always look: 1) pinned, and 2) like you’re always having fun. Is that a pretty fair summary of Richie Rude’s riding style do you think?

I think that is pretty accurate! I love to keep it all fun and exciting, and keep it simple so I can just pin it and smash everything.

Those couple of edits that you put out earlier this year were easily up there with the best trail riding edits on the web. Is filming video something you enjoy?

Yeah, it can be a little of a burn depending on the size of the production. But I love to see the end process and get people stoked on riding.

When you’re off the bike, what do you do for fun?

Hanging out at home, and as strange as it might sound, I also really like going for walks around town (we have really good walking trails!)

What is your favourite way to relax when you’ve got some time off?

Going to the local ice cream shop. I don’t like time off.

Final question; what goals have you set yourself for 2017?

Well good luck mate – wishing you all the best!